20th Century Fox’s final X-Men film caps a prequel quadrilogy that began with X-Men: First Class (2011), but the franchise as a whole kickstarted today’s obsession with superheroes 19-years ago with X-Men (2000). Although Dark Phoenix doesn’t technically end the long-running saga because The New Mutants (2020) has been delayed owing to a difficult production. But still, this is the last time fans will see a Fox-made iteration of the X-Men, which are now owned by Disney and will likely join the Marvel Cinematic Universe eventually. As someone who saw Bryan Singer’s X-Men at the cinema and has mostly enjoyed the subsequent nine offerings, including the Wolverine spin-offs, I really wanted Dark Phoenix to end things with a bang.

Simon Kinberg makes his directorial debut with this $200M swansong, handed the reigns because he’s written or co-written three of the earlier movies, from the disappointing X-Men: The Last Stand (2006) to the excellent X-Men: Days of Future Past (2014). He was also a producer on four that includes genre classic Logan (2017) and the Deadpool films that take place in the X-Men’s universe. So his pedigree’s good for taking over from Bryan Singer, who directed the last two, although Dark Phoenix is the most average-looking instalment since Brett Ratner’s maligned The Last Stand. It sometimes resembles a very expensive TV pilot. But in some ways, Kinberg is only here to right some wrongs, because The Last Stand likewise adapted the fan-favourite “Dark Phoenix Saga” comic-book storyline from 1980, so this prequel iteration gave him another chance to do it justice. 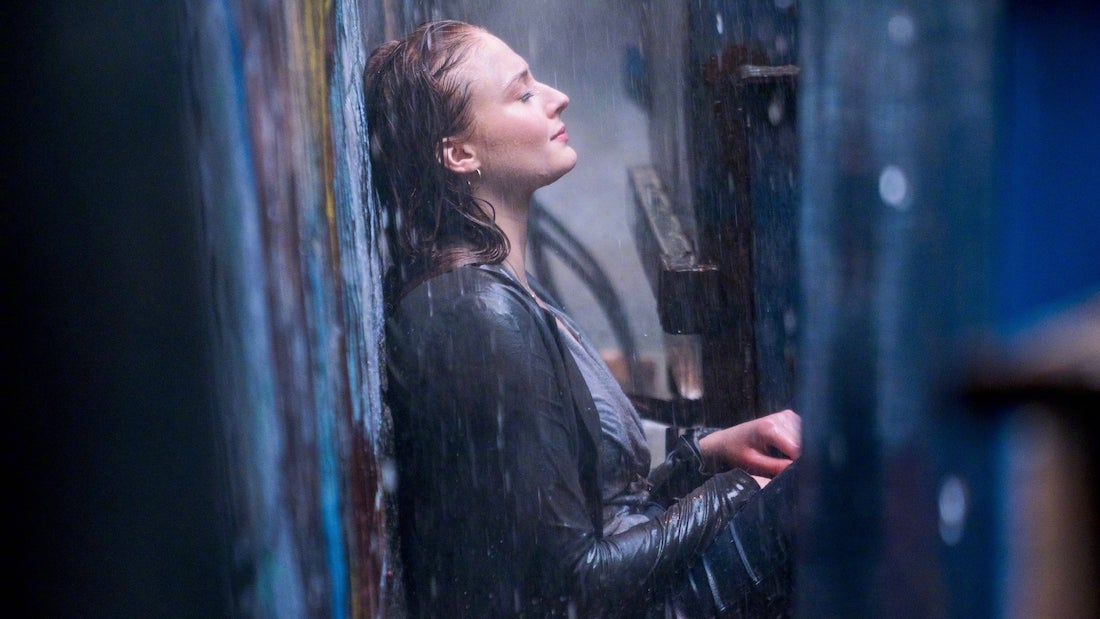 I’ve enjoyed how each of the X-Men prequels has taken place in a different decade, although not much is made of Dark Phoenix’s 1992 setting. There’s no news footage of Bill Clinton being elected President of the USA, Nirvana’s “Smells Like Teen Spirit” doesn’t get a needle drop, and I didn’t see anyone using an IBM Thinkpad. Mind you, nobody’s even aged since 1962, which is when First Class took place, perhaps because of their mutant genes? Magneto (Michael Fassbender) alone should be in his sixties by now.

Thanks to the timeline alterations Days of Future Past created, the early-1990s are a boom time for Professor Charles Xavier (James McAvoy) and his School for Gifted Youngsters. They’re often asked to help the government out of difficult situations, almost becoming a version of Thunderbirds’ International Rescue (the mansion even has a basketball court that flips over to release the X-Jet, which can now soar into space). The X-Men are called upon to rescue a space shuttle, which has been damaged by a solar flare and sent into a deadly spin. Raven Darkhölme/Mystique (Jennifer Lawrence) and Hank McCoy/Beast (Nicholas Hoult) lead a team into orbit that includes Jean Grey (Sophie Turner), Scott Summers/Cyclops (Tye Sheridan), Ororo Munroe/Storm (Alexandra Shipp), Kurt Wagner/Nightcrawler (Kodi Smit-McPhee), and Peter Maximoff/Quicksilver (Evan Peters). And just about manage to save the day by combining their super-powers, although Jean almost dies after absorbing a high amount of the mysterious energy NASA mistook for a flare.

Complicating matters, shape-shifting aliens known as the D’Bari, led by one called Vuk—who assumes the appearance of a woman (Jessica Chastain)—arrives on Earth looking for the cosmic energy drawn to Jean Grey. Elsewhere, Jean’s now struggling to control her psionic abilities and feels compelled to give into the rage the energy’s stoked inside her. And it doesn’t help that Jean “awakening” results in her becoming aware of memories Charles suppressed in 1975, in an effort to help her move past a family trauma from childhood, but which now causes her to think her friends are manipulative enemies who don’t have her best interests at heart. In a running theme, even Mystique and Beast are starting to doubt Charles’s good intentions because he’s clearly enjoying the fame and prestige that comes of having the US President on speed-dial to go play “superhero”.

Dark Phoenix is a stronger attempt to bring its namesake storyline to the screen, but it still doesn’t reach the scale and ambition an apocalyptic story of this nature requires. I can scarcely believe this film cost $22M more than X-Men: Apocalypse (2016) because it feels half as grand and doesn’t contain as many inventive action sequences. There isn’t even another crowd-pleasing Quicksilver set-piece where he zips around, with time slowed to a crawl from his perspective. I suspect the extra millions went towards the reshoots, as the filmmakers had to scramble to change the finale after poor test screenings in 2018. The ending also reportedly resembled how Captain Marvel (2019) ended with a big space battle, so they brought things down to earth for an extended action sequence involving a prison train. Or perhaps it’s just evidence of how a veteran director like Bryan Singer, or a talented one like Matthew Vaughn (who made First Class), can utilise $200M better than a literal newcomer like Kinberg. Or maybe the cast just eats up more of the budget after eight years, as Nicholas Hoult and Jennifer Lawrence are now established stars and up-and-coming actors like Tye Sheridan (Ready Player One) and Sophie Turner (Game of Thrones) can understandably negotiate for more pay because of recent successes. 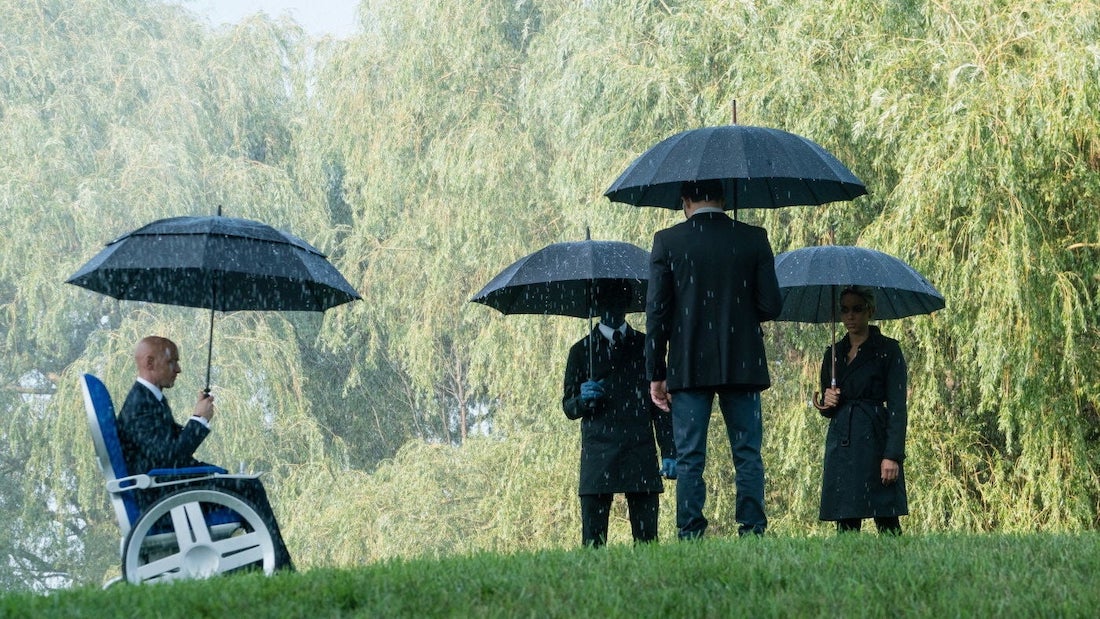 This is quite a mournful movie, with a tone that captures the mood of tragic pasts being uncovered and a good person doing evil things because a cocktail of emotions is mixing with a powerful force that’s pleasurable to feed. There’s a big death scene the trailers “spoiled” (although I don’t think it was a certainty that character was dead from the marketing), which definitely helps to raise the tension and stakes as Jean Grey turns into a dangerous villain the likes of Magneto wants to kill for the greater good unless Xavier can talk her around.

Sophie Turner is at the centre of this movie and acquits herself well with more screentime, particularly when asked to appear sadistically enthralled with how unstoppable she’s becoming. Her personal connection to Charles also works, helped by some useful flashbacks to ’75 when she was an orphaned little girl, although I’ve never quite bought into her romance with Scott so that aspect was less successful. However, for the most part, Turner’s required to stand around looking imposing with CGI floaty hair (which isn’t even necessary in scenes where it’s waving without any wind), or look mean as cracks of light appear around her face.

Dark Phoenix is a decent experience with a few VFX highlights along the way, but I was disappointed that Jessica Chastain was hired to play another tedious version of the inscrutable villain whispering poison into someone’s ear. I had to look up what her character’s name even was before writing this review, and the reasons she wants the “Dark Phoenix” energy is mentioned in passing but never grips the narrative. It’s also unexplained why the aliens don’t just kidnap Jean and siphon off her power, which is seen as being possible on numerous occasions, and instead choose to try and befriend her in an effort to, I suppose, recruit her to their cause? It was a little unclear to me and, in all seriousness, the aliens could’ve been removed from the story and it might have been easier to simply focus on Jean going crazy through this cosmic “sickness”. 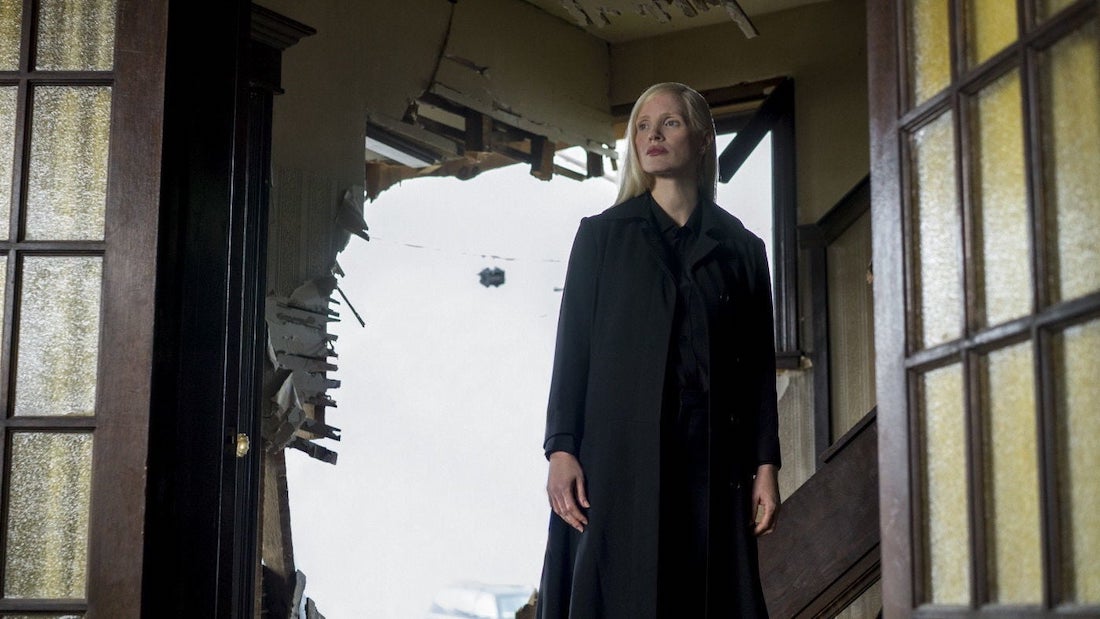 Although more foundation would have been required for that to work properly, so it’s a shame the previous three movies didn’t foreshadow Jean’s psychotic tendencies. All we got was the finale of Apocalypse when Jean unleashed her own powers to smite the baddie, but that now conflicts with this film because it suggests the “Dark Phoenix” power was already inside her and doesn’t have an extra-terrestrial origin.

However, speaking as someone who defends Apocalypse from scorn and criticism, Dark Phoenix was entertaining and delivered enough good moments to make it worthwhile. I really like the casting of James McAvoy, Sophie Turner, Evan Peters, and particularly Michael Fassbender in these movies, and the latter has some fantastic opportunities to show off Magneto’s abilities—from pulling a subway train out of the ground to causing dozens of guns to hang in mid-air while firing rounds. But few will deny this is the worst of the four X-Men prequels and a disappointing way to end a franchise that, under Fox’s creative control, has been a bedrock of comic-book filmmaking for a couple of decades.

Marvel may have perfected the formula and surpassed what Fox was doing with their interconnected MCU, causing Fox to drop their ongoing narrative and “reboot” X-Men with a younger cast in prequels, but I was hoping the final X-Men movie would offer a more rousing and emotional ending. Just knowing this particular iteration of X-Men won’t return for another sequel, it’s strange Kinberg didn’t embrace the potential of the nihilistic Dark Phoenix story and kill off more beloved characters. Nobody cared about Mystique thanks to Lawrence’s uncommitted performance in the role. X-Men: Dark Phoenix had the opportunity to leave a scar on the level of Avengers: Infinity War (2018), or deliver its own Logan-style swansong for cherished characters like Charles Xavier and Erik Lehnsherr. Instead, it ends rather like The Dark Knight Rises (2012).