It’s impossible to talk about Christmas horror movies without referencing Gremlins, and Krampus knows that. Boasting a similar family-fight-festive-critters premise to Joe Dante’s 1984 classic, it’s got a similarly dark sense of humour, too—not least when its menagerie of creatures are finally unveiled. While director Michael Dougherty (who previously made decent 2007 Halloween anthology Trick ‘R Treat) is clearly enamoured with Gremlins and seems to want to recapture its mischievous sense of fun, Krampus ends up being a very different beast, for better and worse.

We meet young Max (Emjay Anthony) in the days leading up to Christmas. Max is at that difficult age when he’s starting to question Santa’s existence, and his parents’ inability to give him a firm answer only contributes to his morose spirit. When his extended family arrive to stay for the holidays, things worsen, particularly when Max’s bullying cousins get their hands on his heartfelt letter to Santa, which contains personal (and not particularly complimentary) observations about pretty much every other relative. 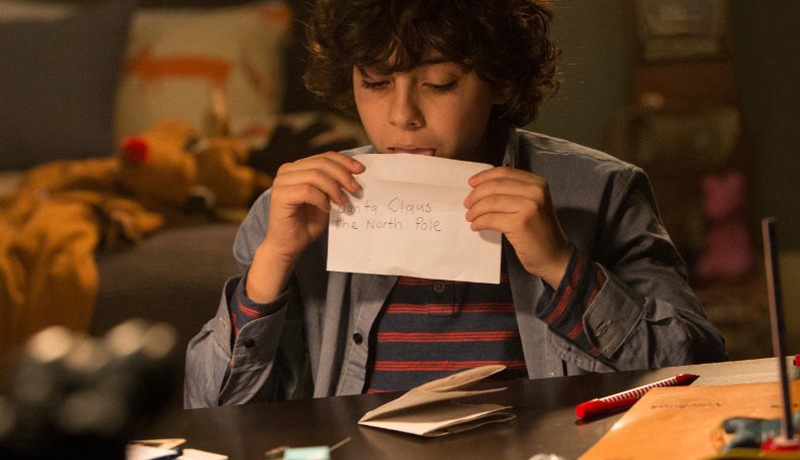 Despite Dougherty’s form in the horror genre, Krampus is at its most confident in these opening moments, which introduce our central family in all their warring glory. Great aunt Dorothy (Conchata Ferrell) is a mouthy alcoholic, while Max’s aunt and uncle (Allison Tolman and David Koechner) rub his mother Sarah (Toni Collette) and father Tom (Adam Scott) up the wrong way by merely existing. Only Max’s German grandmother, Omi (Krista Stadler), keeps to herself, but her silence comes heavy with the suggestion she’s hiding something from her clan. Recalling the manic domestic scenes of Home Alone and any number of other John Hughes movies, Krampus‘ opening half-hour is assured and funny; expertly making us care for this family despite and perhaps because of its disfunction.

When Max’s letter is read out at the dinner table, though, Max’s so upset he tears it up and throws it out the window. The next morning, the entire street has lost power and a fearsome blizzard has transformed their neighbourhood into a frozen wasteland. Stranded indoors, the family continue to irritate one another, until one family member goes missing, prompting an unsuccessful search and, eventually, the revelation that Max’s actions have inadvertently summoned ‘Krampus’, an anti-Santa from German folklore who preys on anybody who’s given up on Christmas. 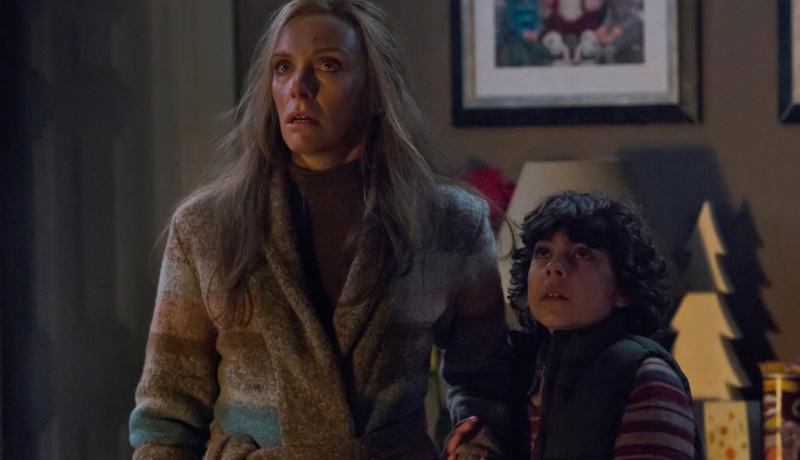 As horror premises go, it’s a doozy, and Dougherty goes to great pains to squeeze every drop of tension out of it. Initially, the tension-cranking is effective, particularly during one scene from the trailer in which Max’s sister Beth (Stefania LaVie Owen) hides under a car only to be confronted by a creepy jack-in-the-box. After its assured first act, though, Krampus hesitates, and its middle-section becomes a tiresome exercise in overlong tension-building (even if it is punctuated with a brilliant bit of chimney barminess that finally gets the snowball of terror rolling).

It’s a good hour before Krampus‘ alternately giggling, slavering, shambling monsters are finally revealed. The horned Krampus itself is genuinely horrifying, accomplished using puppetry and prosthetics (with a dash of CGI), while its army of scampering menaces are both ridiculous and terrifying. They’re also, for the most part, lovingly created using old-school prosthetics, which adds the kind of grounded weirdness to the film surely last seen in the Child’s Play series. When these bizarre anomalies break out, the scenes of carnage are impressively handled, providing just enough gore, levity and goo to sate horror appetites.

Part of the problem, though, is that Krampus gets confused over who its lead character is. After sticking closely to Max and establishing his conflict, the narrative keeps switching between different family members until we’re left in something of a muddle. Consequently, Krampus ends up feeling more freaky than truly scary, and it’s most surprising just how bleak Dougherty’s film quickly becomes. The director has talked about Krampus as a horror movie in the Amblin mould—citing films like Gremlins and The Goonies as tonal touchstones—but despite Great Aunt Dorothy delivering sardonic quips between sips from her hip flash, Krampus isn’t afraid of striding headfirst into pure horror terrain, and when that happens, the chuckles all but disappear completely. 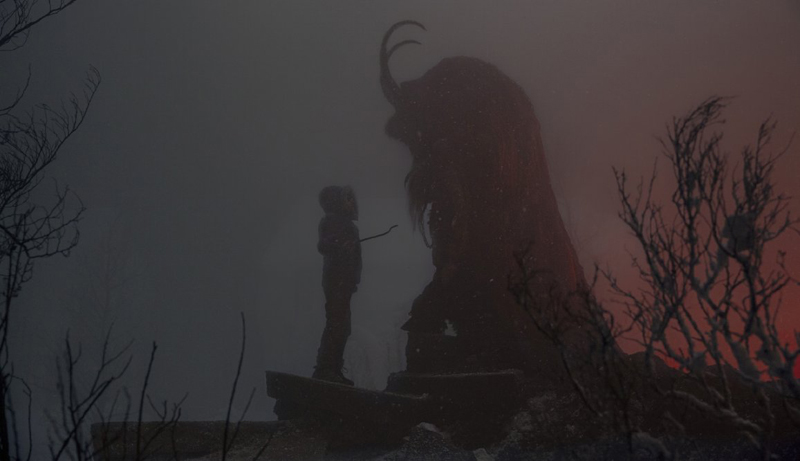 When you throw in a beautiful but unnecessary animated segment, characters doing annoyingly silly things (would you send your daughter out into a blizzard alone?), and an ending that tries too hard to be clever instead of settling for genuine emotion, Krampus winds up being a mixed bag of toys. There’s no shortage of chill-inducing weirdness (see the snowmen), but Dougherty seems so intent on creating something unpredictable and unsettling that he forgets what made the film’s first 30-minutes so strong—the bond between its dysfunctional characters.

With Gremlins 3 looking more likely than ever, Krampus provides an entertaining diversion as we await Gizmo and co’s return. Dougherty comes so close to greatness that it’s upsetting he comes up short. Still, between Krampus‘ monstrous set-pieces, domestic banter, and a spirited turn by young Anthony, there’s much to enjoy here. A few years from now, Krampus will have earned its place as a festive cult classic, which is where it belongs.