Before the mayhem truly begins in X-Men: Apocalypse, a group of mutants leave a cinema showing Return of the Jedi and Sophie Turner’s Jean Grey declares “the third one is always the worst” in a way that could either be a dig at that Star Wars film, an acknowledgement of how atrocious X-Men: The Last Stand is, or some profoundly unusual attempt to anticipate any criticism of this film itself, the third in a prequel-trilogy beginning with 2011’s X-Men: First Class. She’d be right if it’s the latter, as Apocalypse unfortunately makes for the weakest entry in the X-Men series for a while. It’s not without merit, but it’s a meandering and busy mess that has too many characters and subplots clogging the screen. It’s fun in its very best moments, with some well-developed characters, resonant callbacks and a lot of impressive spectacle, but those moments don’t come along half as often as you’d like.

The plot has now moved on from the events of X-Men: Days of Future Past, jumping forward to the 1980s, where Charles Xavier (James McAvoy) has finally realised his dream of building a school where young mutants can develop their powers safe from the persecution they face in the outside world. His sheltered existence has him cut off from what so many other mutants are dealing with beyond the walls of his school, however, and it’s through his childhood friend Raven/Mystique (Jennifer Lawrence) that he gets a reality check about how bad things still are. 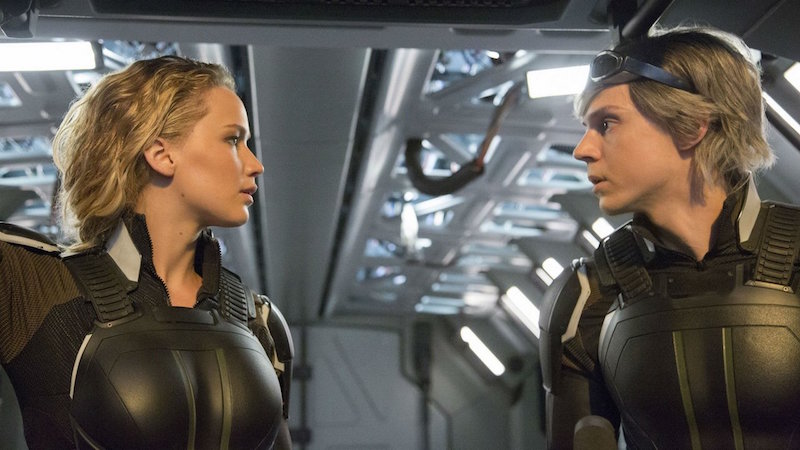 Xavier comes to discover that his old partner, Eric Lehnsherr/Magneto (Michael Fassbender), has experienced a life-changing tragedy in the time since they last met, as Raven comes to Charles hoping he’ll be able to locate and help Eric using his Cerebro device. But when the Professor attempts to find his frenemy, he quickly discovers that a powerful ancient mutant, Apocalypse (Oscar Isaac), has arisen. Considering himself a God with a grand plan, Apocalypse begins enlisting some of the strongest mutants in the world, including Magneto, to help him conquer it.

Unfortunately, the antagonist’s plot is just as cliched as it sounds. In the simplest terms, X-Men: Apocalypse would be a much better film if it didn’t feature the character of Apocalypse at all. When we look back on all the weak and underdeveloped villains who’ve been buried under makeup and CGI throughout this age of the superhero blockbuster, poor Isaac’s disastrously dull madman will certainly be one of the first examples to spring to mind.

We’re first introduced to the Apocalypse supervillain in an opening flashback to Egypt, where he transfers his consciousness into another mutant body with regeneration abilities that’ll enable him to live forever, before being buried under rubble when the pyramid he’s inside is destroyed. He returns to life in 1983 with the goal of gaining powerful new followers (his “four horsemen”) and destroying the entire world in order to “build a better one” in its place—and that’s genuinely the sum total of his character development. 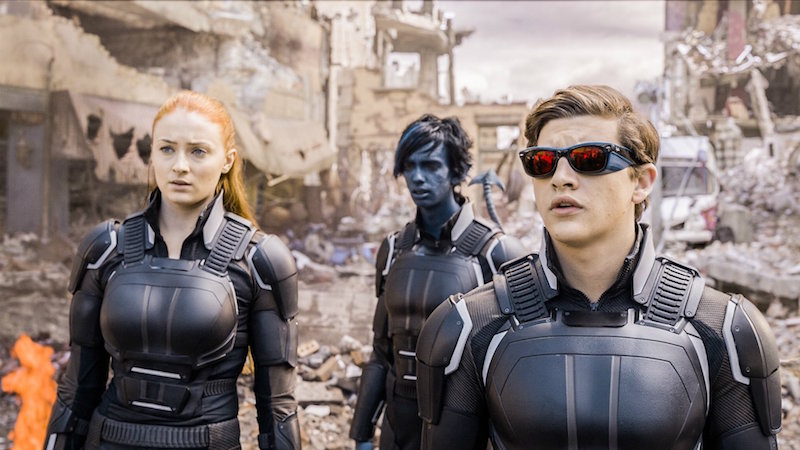 What makes the villain so disappointing is how little connection he has to any of the main characters, along with the fact that he’s desperately lacking in nuance. This may be a problem that Marvel is about the experience with Thanos, because introducing enemies who’ve had no prior interaction with anybody important immediately weakens their story. Even the most problematic Marvel baddies, like Thor: The Dark World’s Malekith or Iron Man 2′s Whiplash, have tenuous connections to the family members of the heroes in those films. Here, Apocalypse has no link whatsoever with anybody, and it doesn’t make him feel like a dangerous outsider as much as it turns him into more of a plot device than a realised person. The villainous arc would’ve been considerably more successful if it was wholeheartedly focused on Magneto, as the best X-Men films always devote time to the friendship, uneasy alliance, and ideological differences between him and Charles.

X-Men: Apocalypse is also very unsure about what to focus on, with more subplots jostling for attention than you can count. Unfortunately, this isn’t like the two Avengers films, where character arcs for a massive ensemble were juggled expertly. There are definitely more than a few characters here who end up getting short shrift. We’re introduced to a group of younger mutants—including Jean Grey, Scott Summers (Tye Sheridan) and Nightcrawler (Kodi Smit-McPhee), while also getting a lot more of Evan Peters’ Peter Maximoff/Quicksilver. The arcs of these younger characters are thankfully some of the best in the film, with Quicksilver continually stealing scenes, Turner slipping effortlessly into the role of Jean, and Nightcrawler joining Quicksilver as the most constantly reliable source of comic relief throughout. 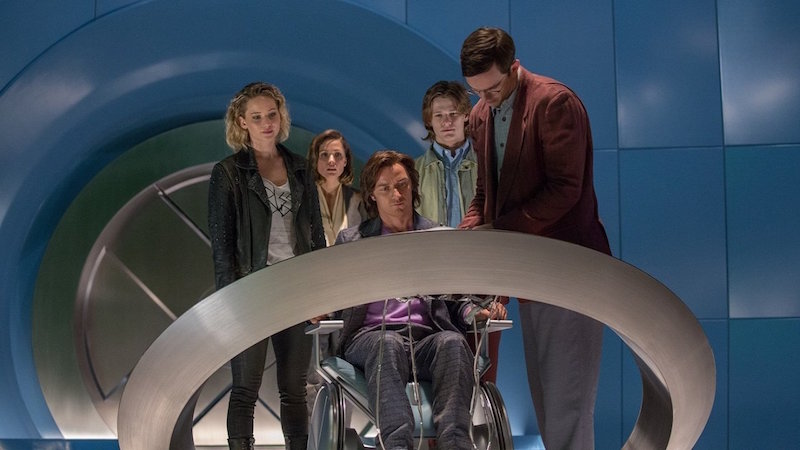 However, it does feel like many of the characters we know better don’t get as much loving attention. There’s a very poorly justified diversion to reconnect with the William Stryker storyline that feels like a waste of time, too. It exists merely to give us a Wolverine cameo that feels out of place in the film. It’s understandable that Hugh Jackman and Bryan Singer probably can’t imagine an X-Men film existing without this character making some form of appearance, but his role here doesn’t feel naturally integrated into the story. As previously mentioned, the Eric and Charles relationship doesn’t get a moment in the spotlight it needs either, and characters like Storm (Alexandra Shipp) and Psylocke (Olivia Munn) are sadly underdeveloped.

What does work in the film, though, is that when it really starts going crazy it’s confidently able to depict the scale and spectacle of its superhuman action. Many of its key action scenes are highly impressive to watch, with that shameless Wolverine cameo leading to some of the more brutal and feral violence we’ve ever seen from that character. It’s a scene that comes shortly after a extended Quicksilver running sequence that not only rivals but probably exceeds his standout moment from Days of Future Past. And, when the action climax in Cairo arrives, it does a great job of establishing the various mutant powers in play and the geography of the conflict.

Even if it makes some missteps, X-Men: Apocalypse won’t disappoint you too much if you go in with lowered expectations after the highs of its ’70s-set predecessor. It’s a mess, but it’s a fun mess, and that counts for something. It’s a real shame the supposedly fearsome villain is such a monumental letdown, and while the slick visuals are epic and impressive, the film is left sorely lacking when it comes to heartfelt, resonant drama.