Pablo Larrain’s biopic of one of the most iconic figures in US history takes the woman behind the pink Chanel suit and makes her three-dimensional. Jackie is a film traversing multiple time periods, beginning weeks after JFK’s 1963 assassination in Dallas as his widow Jackie Kennedy (Natalie Portman) invites a reporter (Billy Crudup) into her home for an interview, before cutting between the days of the President’s assassination and his funeral.

The Life magazine ‘Epilogue’ for John F. Kennedy provides the framework for this narrative, which mixes real life footage, reconstruction, reporting, and a stunning performance from the Oscar-nominated Portman. Having merged new and archival footage together for political drama No, Larrain is a perfect choice to bring Noah Oppenheim’s script to life. 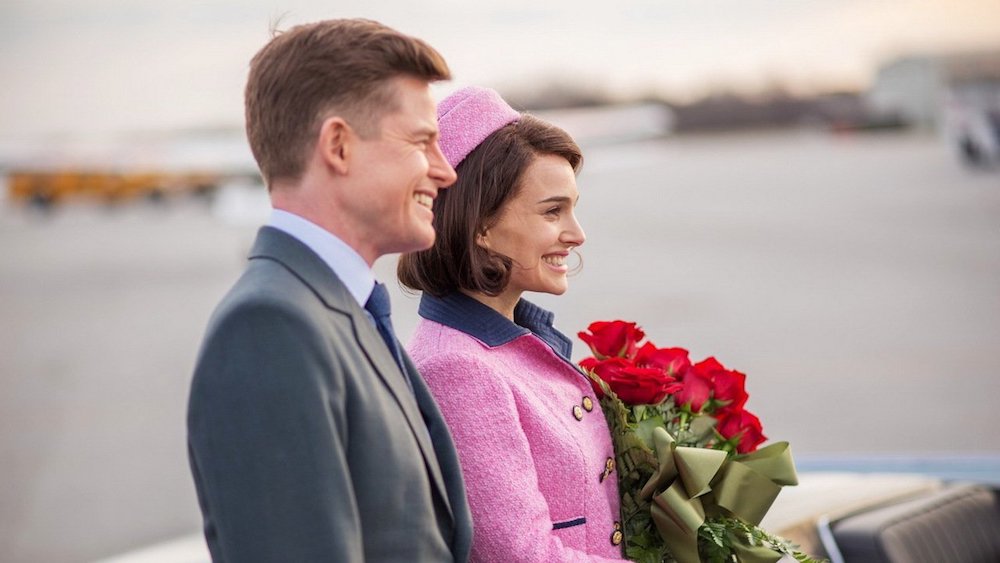 Despite focusing on a brief yet defining moment in Jackie Kennedy’s life, Portman excels in showing the woman as far more than a footnote in history. Here, Jackie’s depicted as a woman always performing to a crowd; a symbol of both United States royalty and of national grief. The First Lady was ridiculed for taking too much pride in her appearance when bigger things were happening to the country, and even more put down for wanting a funeral the size of Abraham Lincoln’s for her husband. Portman’s childish, stubborn Jackie, with her breathy voice and oversized hair, makes her more human than most portrayals. The actress captures Jackie’s uptight walk and vocals, but she also shows the steel core of a petite yet ambitious woman who stood up to the government. Shot almost in close-up, Portman is front and centre in almost every shot, with nowhere to hide, and she doesn’t need to. 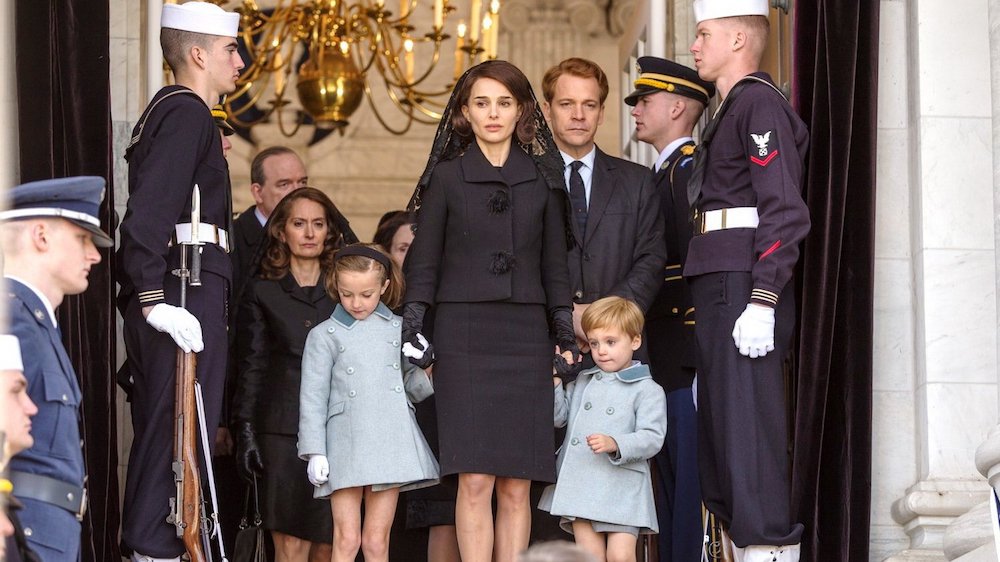 Mica Levi’s (Under the Skin) score is polarising; at times it’s the emotional glue for Larrain’s film, but in some places it becomes an overwhelming crescendo of string instrumentation. There’s a hint of Johnny Greenwood’s There Will Be Blood to the music, infused with sunny 1960’s jazz symbolising the hope of a country that was about to be rocked to its core. 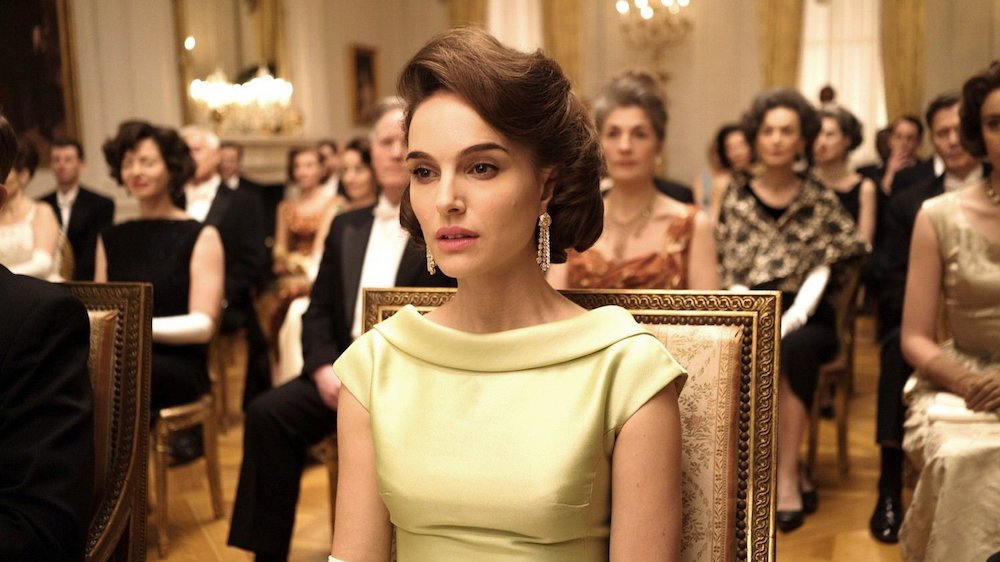 This isn’t a film about the death of a President, or even a death of an icon, it’s about the death of a husband and father. While biopics often feel like a rehashing of events, Jackie feels more like a look behind the shattered mirror. Portman appears wearing a blood-soaked pink suit, rolling off stained hosiery, with such intimacy it feel like viewers are intruding on a real moment. Portman is at her best when showing the maternal and religious sides of Jackie; a grieving widow with children trying to face living without her spouse. Only this particular family tragedy also casts doubt on Jackie’s personal status and her husband’s legacy. A notable highlight is when Jackie asks her driver to name something any previously assassinated presidents are known for other than being killed in office.

I challenge anyone who sees this movie not be moved by the scene where Jackie watches Lyndon B. Johnson be sworn into office aboard Air Force One, with fragments of her husband’s skull still adorning her clothing.