At this point in Black Mirror’s lifecycle, Charlie Brooker’s ideas seem to oscillate solely between two extremes: gonzo, high-concept technological horror stories (preachy, painful “Nosedive“), and stripped-down, character-driven drama (moving cyber-romance “San Junipero“). In the case of series 5’s “Smithereens”, he opts for 70-minutes of the latter, and the result is deeply refreshing after a fourth series that leaned into the former category. “Smithereens” is subtle but explosive, a tightly-wound episode of television that’s at its best when it’s not trafficking in the technophobic themes for which Black Mirror became famous.

The story opens on soft-spoken rideshare driver Chris (Andrew Scott) parked outside the headquarters of social media giant Smithereen (a clear analogue for Facebook), deep-breathing to a guided meditation recording until his app can locate a customer in the vicinity. We soon realise this is his routine: park outside Smithereen HQ, meditate, and, with every customer picked up from the immediate area, gently interrogate them about whether or not they work there. And every day his customers say no, much to Chris’s disappointment. That is, until Jaden (Damson Idris), a twenty-something in a suit and tie, gets in the car and reveals he’s employed there. And with that announcement, Chris changes his route—to which Jaden remains ignorant, eyes glued to his phone—and, upon arriving in an isolated tunnel, whips out a handgun and points it squarely at Jaden’s forehead. Jaden’s been kidnapped, and Chris has only one demand: he would like to speak to Smithereen’s CEO and founder Billy Bauer. 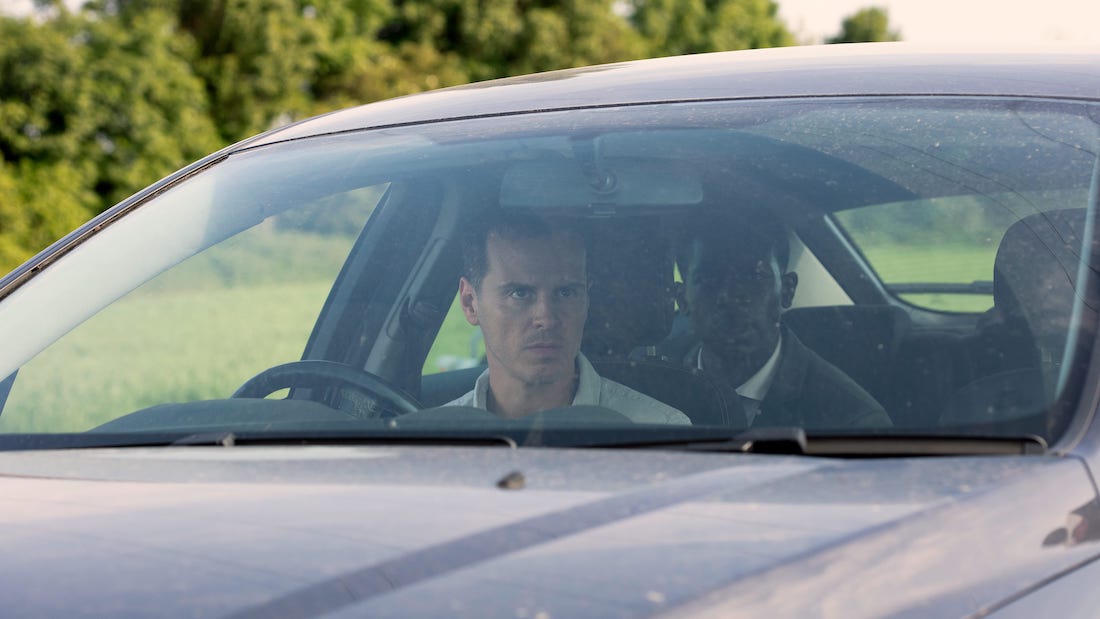 The kidnapping plot gets more and more out-of-hand by the minute, with minor twists entering the plot regularly, but Brooker’s script keeps the focus firmly planted on these two characters and how they interact in what’s largely a single-location story. As Chris talks with Jaden and detectives talk with each other, we uncover the reasoning behind Chris’s kidnapping plot and, slowly but surely, he begins to earn sympathy in spite of the drastic measures he’s employing.

As just about all the drama takes place inside a parked car with two men and a gun, the claustrophobic tension builds steadily throughout the hour-plus story. The episode leans far more towards a suspense thriller than the sci-fi for which Black Mirror has earned its reputation, and that’s ultimately for the best. It’s the most harrowing episode of the show since the spooky “Playtest” and earns every bit of tension through compelling, slow-burn storytelling. There are definitely parallels one could draw to films like Rear Window (1954) and Phone Booth (2002), in how it’s a small-scale story that feels larger-than-life because of its cramped setting.

It doesn’t hurt, either, that all three of the central performances are spectacular. Andrew Scott, Damson Idris, and an unnamed third actor (it’s a surprise appearance, shh!), all deliver some of the best performances on Black Mirror since the award-winning “San Junipero”. Given that the story’s more reliant on character development than plot progression, the episode’s suspense rides largely on their backs, and they deliver the goods. The interplay between the three of them is alternately tense, moving, and, occasionally, very funny. I wish more episodes put this much weight on performances because it makes the whole show feel that much more mature. 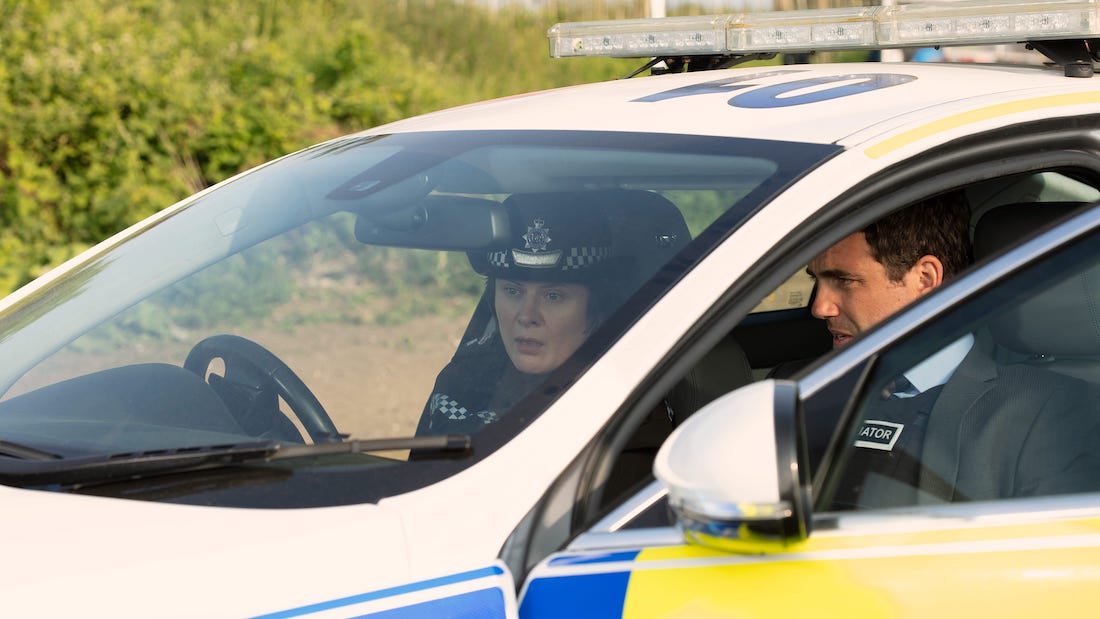 Unspoken third actor aside (shhh!), the biggest celebrity guest appearance this series is obviously Miley Cyrus role in the subsequent, but third to them is the guest composer of this episode: Ryuichi Sakamoto, an experimental electronic musician who rose to fame in Japanese synth-pop band Yellow Magic Orchestra. Sakamoto, who’s been involved in everything from The Last Emperor (1987) to The Revenant (2015), delivers a score that’s recognisable his in style. It’s full of spooky, ominous synthesizers, but is supremely understated. It’s so understated, in fact, that I didn’t notice it the first time I watched the episode. While I love everything Sakamoto does, his score is barely present here, being a little too one-note (literally) and too subtle to stand out as memorable. It’s disappointing to have such a major musical talent contribute a score, only to have it end up not distinctive enough to register. I’m not suggesting his music here is bad, but Sakamoto’s done far more exciting work in the past.

There’s one other downside to “Smithereens”, and it’s the same one that’s plagued just about every Black Mirror episode: the message is, ultimately, a resounding cry of “what if smartphones are bad?” For every episode that provides interesting speculative fiction and critiques of our relationship with technology, there are several others that offer reductive anti-technology diatribes tucked away into the plot (or, in some cases, forced down your throat). In the case of “Smithereens,” Charlie Brooker saves this until the very ending, and while it’s much less eye-roll-inducing than usual… it still feels like a letdown after an otherwise compelling and touching episode. Without spoiling anything, it feels like a ham-fisted takeaway that isn’t a tenth as complex or deep as Brooker seems to think it is. Still, it’s a testament to what comes before it that “Smithereens” manages to shine through as some of the better storytelling this show has put out in recent memory.