Deadpool 2 improves on its predecessor in almost every way, imbued with a confidence in the appeal of this character after Deadpool (2016) grossed $783 million. It’s much funnier, filthier, bloodier, crazier, and more bizarrely emotional than before. This is a wild ride, a send-up of superhero blockbusters that doesn’t take itself seriously to become a satisfying comic-book sequel. 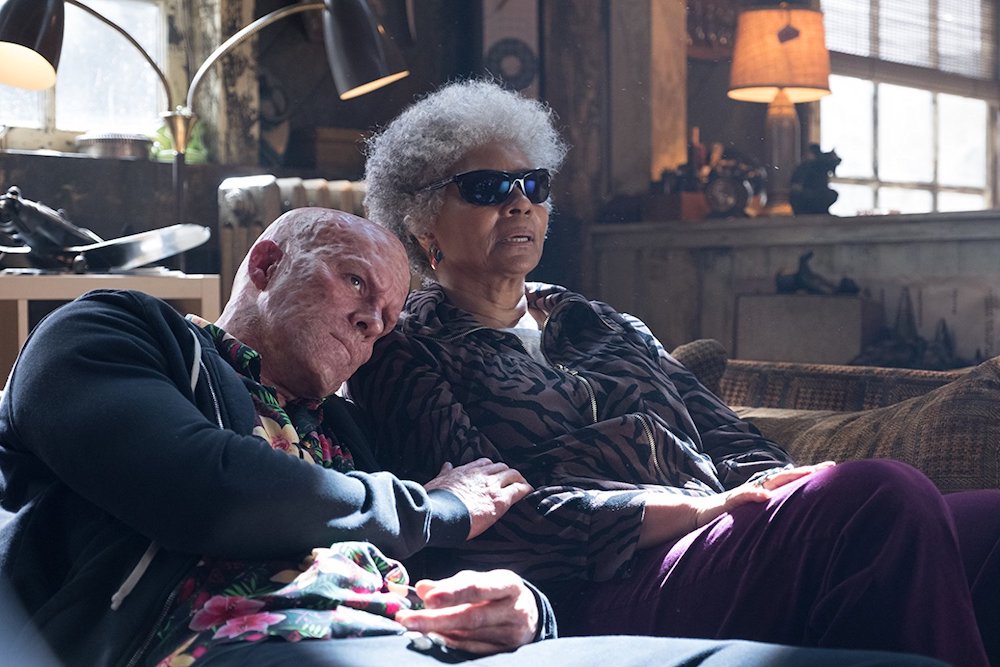 That’s the bare bones of the story, and to go into any further detail would give away too much. Deadpool 2 has a lot of tricks up its sleeve, and while one might feel the trailers have given away too many jokes and story beats, you’re going to be surprised by the narrative’s twists and turns. There’s a a first act reveal that even toes the line between being clichéd and shocking, and it goes to darker places than the first movie while delivering action set pieces on a far larger scale.

For the majority of the time, Deadpool 2 plays terrifically well, but one needs to maintain realistic expectations about how much sophistication and nuance you’ll get from something like this. It’s definitely a ‘more of the same’ follow-up, not particularly keen to win over new fans. 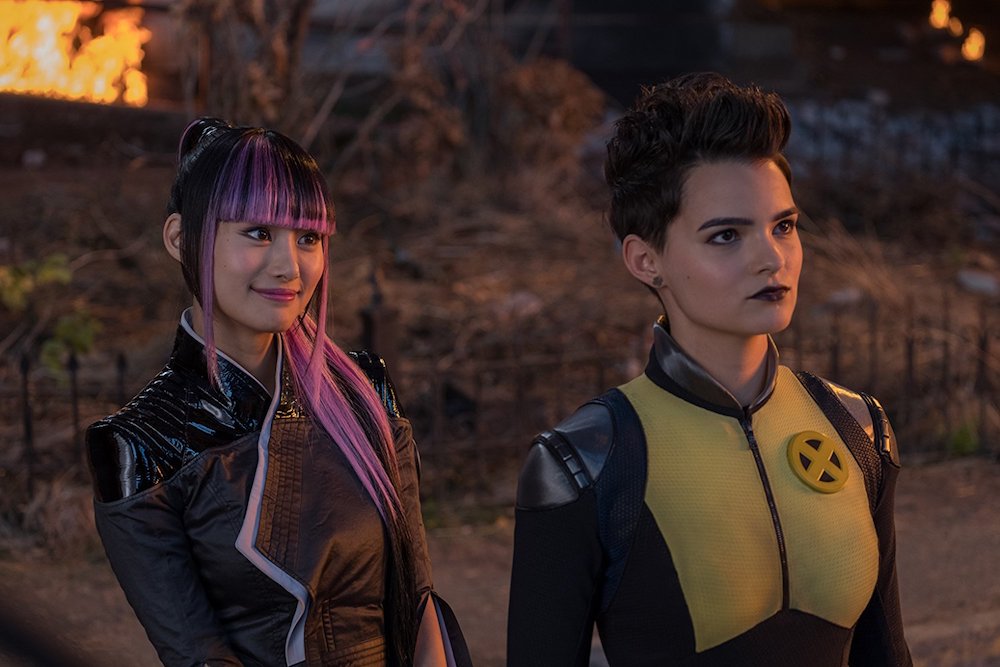 A major positive is that the jokes feel less tailored for a male audience, and there’s a greater tonal and narrative consistency to everything. David Leitch (co-director of John Wick) delivers the goods when it comes to crafting compelling action sequences and visual humour. Deadpool 2’s sense of staging and character-in-action is much improved by Leitch, who delivers more inventiveness and better pacing than his predecessor Tim Miller.

It’s no exaggeration to say Ryan Reynolds is simply made for the part of Wade Wilson/Deadpool. It’s rare to see such a perfect marriage of actor and role, but this is a character it’s been Reynolds’ dream to play for over a decade, and you can feel how much fun he’s having every second. Deadpool saved his mainstream career following the critical and commercial failure of Green Lantern (2011). This is his passion project. He was closely involved with writing the script and is across every aspect of production, so one should go in expecting just as many self-deprecating jokes about Reynolds’ career as there was the first time around. 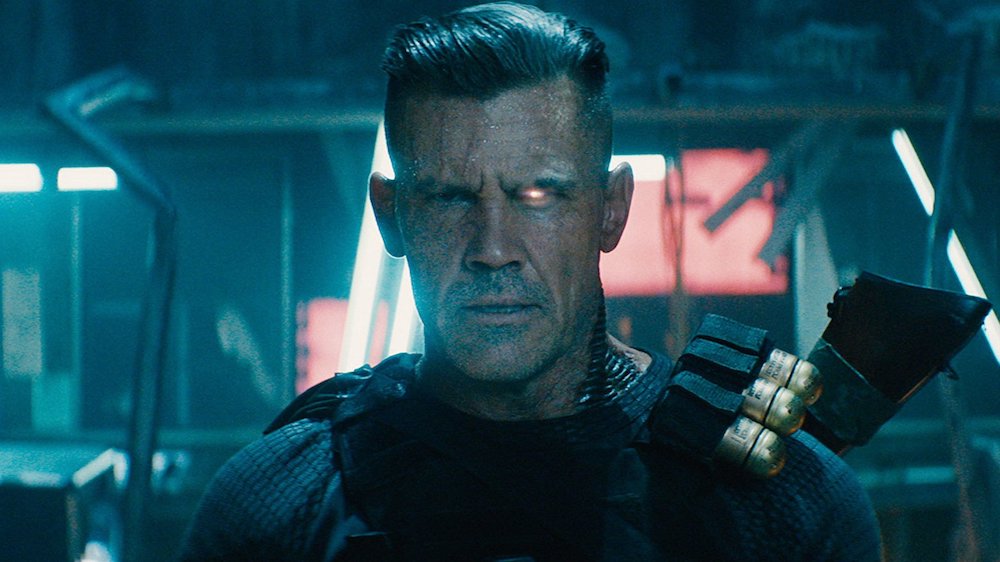 The rest of the cast are also excellent. If you’ve seen Hunt for the Wilderpeople, you’ll know young Dennison has incredible comedic chops, and relative newcomer Zazie Beetz is a genuine scene-stealer as a mutant whose superpower is incredible good luck. Brolin is also brilliantly cast as futuristic soldier Cable, a character with a convoluted comic-book backstory the film doesn’t waste too much explaining. His grumpy and disgruntled presence makes him the ideal counterpart to Deadpool, which means he’s arguably the ingredient that makes the movie click.

For all its references and joking around, Deadpool 2 also feels like it’s about something in a way that the first film rarely did. Freed from the constraints of being an origin story, the script focuses on its family theme very specifically. It’s interested in makeshift families, characters yearning for a sense of belonging and purpose, and how these people have been affected and damaged by their families in the past. It may sound like weighty stuff, but while the film has successful emotional undertones it’s never bogged down by anything truly bleak. Its tones are balanced very effectively. Having a strong theme also gives the story greater cohesion and a better structure. 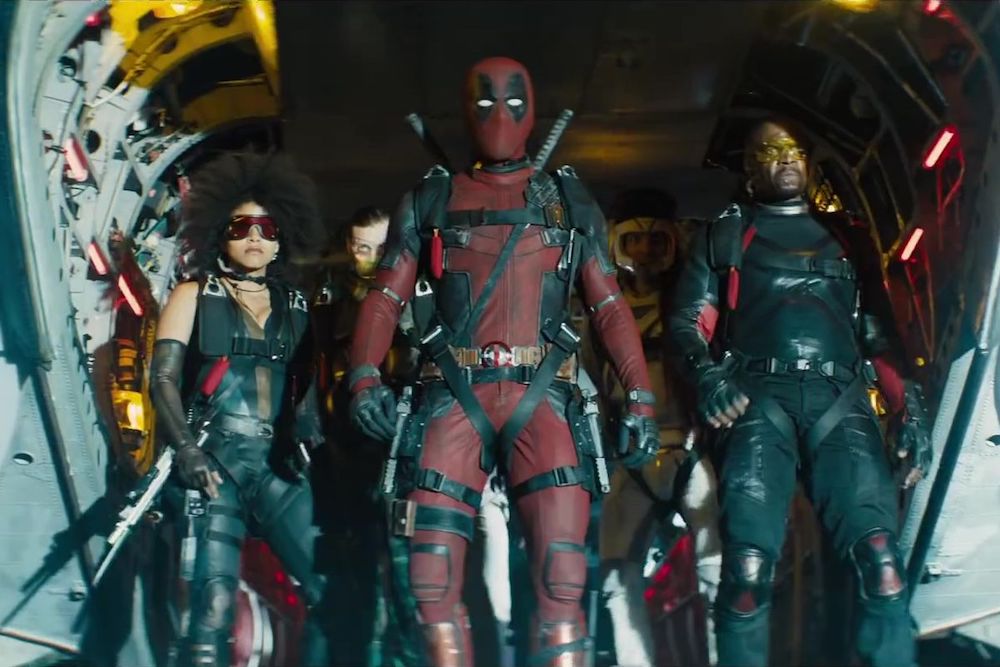 It’s worth remembering this is an ultra-violent movie. There are moments that’ll make you squirm in your seat, and it goes much further with the blood and guts. In every way this is essentially Deadpool+. Expect more violence, more CGI, more characters ripped straight from the pages of Marvel comic-books, more pop culture references, more obscure jokes, more laughing at the superhero genre at large, more of everything. This movie bends over backwards to throw everything it can at the screen, and it somehow it works.

The first Deadpool was a huge success, but it also felt like it was trying a bit too hard. There are none of those growing pains here. Deadpool 2 confidently pushes itself onto bigger things, and achieves that aim magnificently. It’s a brilliant superhero comedy full of jokes and action. It clearly isn’t made for everyone, but if you loved the first one you’ll have an absolute blast with this.