Avengers: Infinity War is a cinematic event like no other. Never has a movie of this scope and scale been attempted, and at times during its 149-minutes one has to just sit back and admire the sheer audacity of Marvel Studios, Disney, and everyone involved in bringing it together. Infinity War is the beginning of the culmination of everything the Marvel Cinematic Universe (MCU) has been building towards over the past decade, so it pulls together an outrageous amount of characters, storylines, and locations, stretching all the way back to the very early days of Phase One.

The secrets contained within have been a closely guarded secret, with #ThanosDemandsYourSilence trending on social media, and that’s with good reason. There are unexpected appearances, shocking developments, and —yes, the rumours were true— not everybody makes it out alive. Rest assured, that’s as close to a spoiler as this review will get because, having seen the film early, I’m inclined to heed Thanos’s demand… 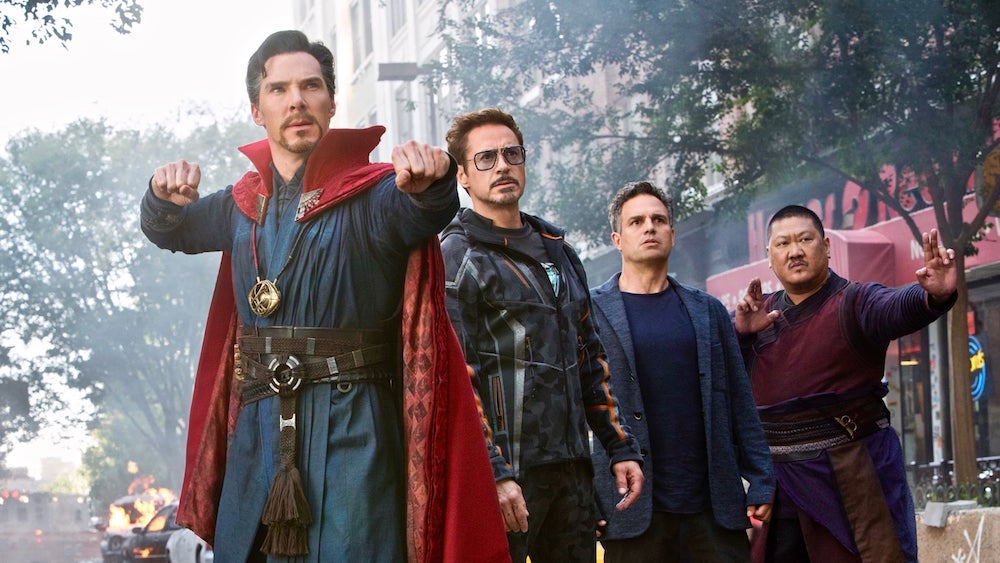 The story picks up immediately after Thor: Ragnarok (2017), with Thanos attacking the surviving Asgardian refugees. It’s an opening designed to demonstrate just what a threat Thanos (Josh Brolin) is—and it works incredibly well. Infinity War is undoubtedly the darkest MCU film to date. Afterwards, heroes of the various movies are scattered across the galaxy, striving to stop Thanos gathering a complete set of six Infinity Stones that’ll allow him to extinguish half of all life in the universe.

Thor (Chris Hemsworth) runs into the Guardians of the Galaxy out in deep space; Iron Man (Robert Downey, Jr.), Spider-Man (Tom Holland), and Doctor Strange (Benedict Cumberbatch) stow away on Thanos’s fleet, just trying to stay alive; while Bruce Banner (Mark Ruffalo) joins Steve Rogers (Chris Evans) and his band of rebel Avengers on Earth in trying to protect Vision (Paul Bettany), who just so happens to have one of the precious Stones embedded in his forehead… 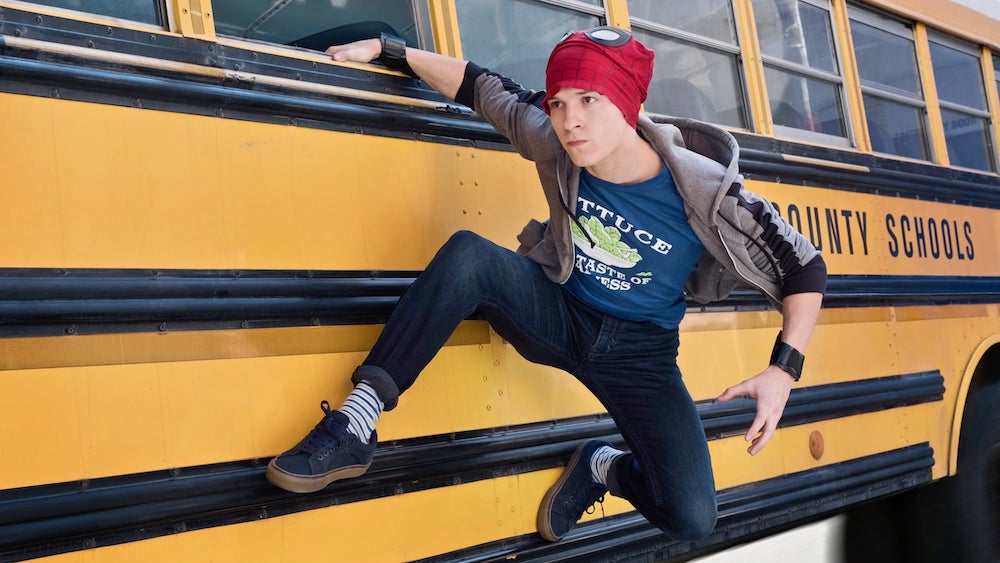 That Infinity War manages to pull any of this off is incredible, but with so much to cram in, it’s inevitable that there are times when the narrative starts to feel choppy. The opening 30-minutes is tremendous, with action that feels dangerous and exciting, buoyed by a screenplay that brings all these characters together in a deeply satisfying way, but the middle isn’t as tight.

With the action broadly split between Space and Earth, the former takes up the lion’s share of the storytelling, and the planet-hopping eventually grows tiresome halfway through. Characters feel like they’re being occupied with side quests that one wishes they’d just hurry up with and complete. 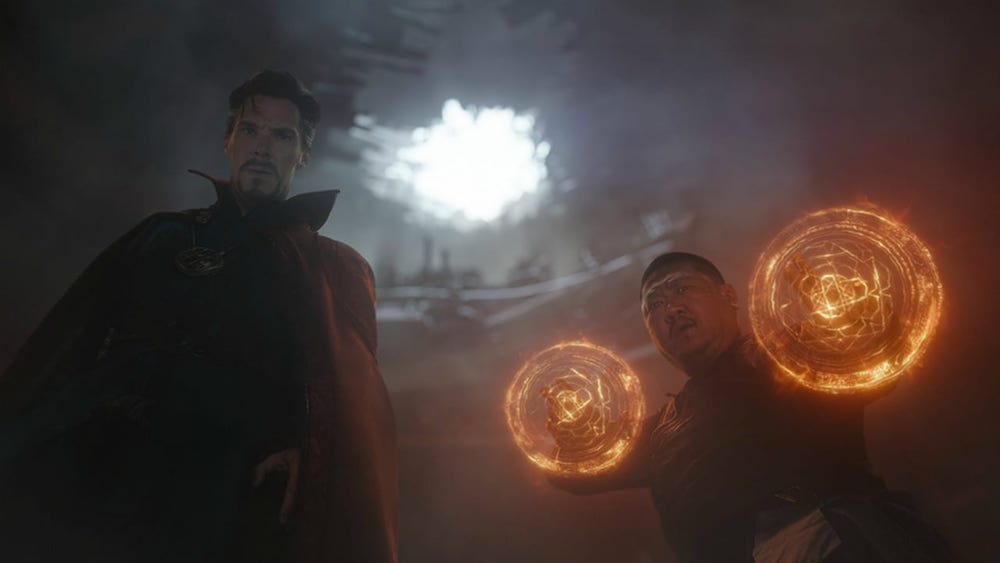 What’s also apparent is that juggling the tonal differences that have developed within the MCU’s franchises is tricky when they’re assembled together in the same movie. This isn’t close to being the light-hearted Thor that charmed audiences anew in Taika Waititi’s Ragnarok, so we’re back to the slightly more serious and noble God of Thunder from previous instalments. Hemsworth is terrific, however, particularly in an unexpectedly heartfelt moment of reflection. Similarly, some of the zanier Guardians humour doesn’t translate without James Gunn’s guiding hand, and there’s a general over reliance on macho posturing between the various heroes.

However, Infinity War is so packed with incident that if one moment doesn’t quite work for you, another one surely will —  Spidey’s pop culture references, Rocket’s (Bradley Cooper) ongoing penchant for pilfering body parts, and a hilariously extended moment of Tony Stark rendered speechless are all hilarious.

Thabkfully, one aspect of the movie works flawlessly throughout — Thanos. He isn’t just the best drawn and most affecting character here, he’s the movie’s true protagonist. 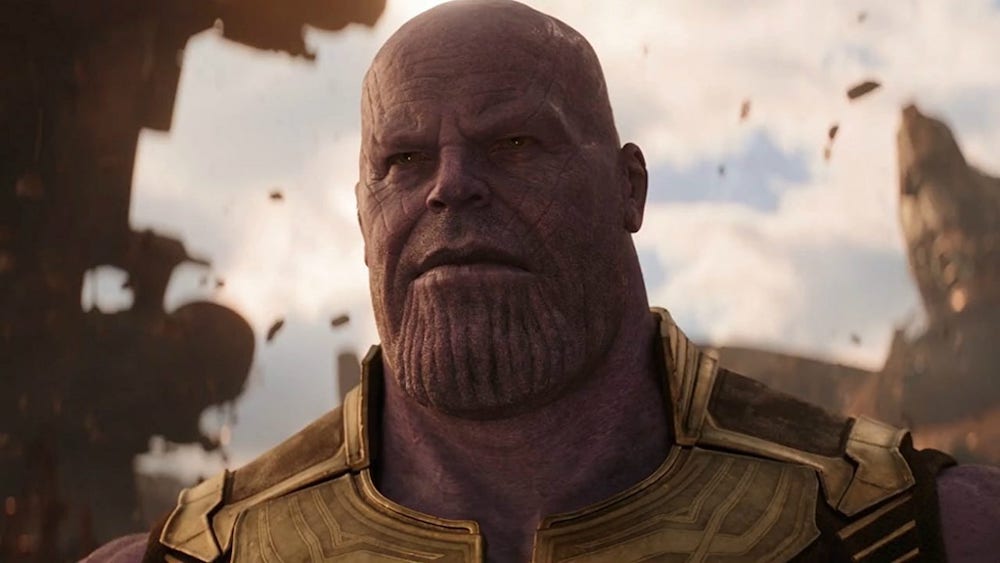 Infinity War is Thanos’s film through and through, with Josh Brolin owning this performance completely. The script by Christopher Markus and Stephen McFeely even manages to lend pathos to his plan to kill half the universe’s population—demonstrating that, in a strange way, his zealotry comes from a good place. And in Thanos’ complex relationship with his adopted daughter Gamora (Zoe Saldana), the film truly finds its heart.

Infinity War constantly puts characters in situations where they must harm those they love. Thanos wants to eradicate half of all life that exists, and that dynamic is constantly played out between the film’s principle duos. If you have a favourite pairing, whoever it may be, rest assured they’ll be agonised and challenged like never before.

Perhaps Thanos makes such an impact by being the only character we’ve never explored until now. His arc feels the most complete and satisfying, and between the excellent character design and Brolin’s performance, the villain’s dominance can’t be overstated. Don’t be surprised if you find yourself actually being moved by his quest to destroy all your favourite characters! 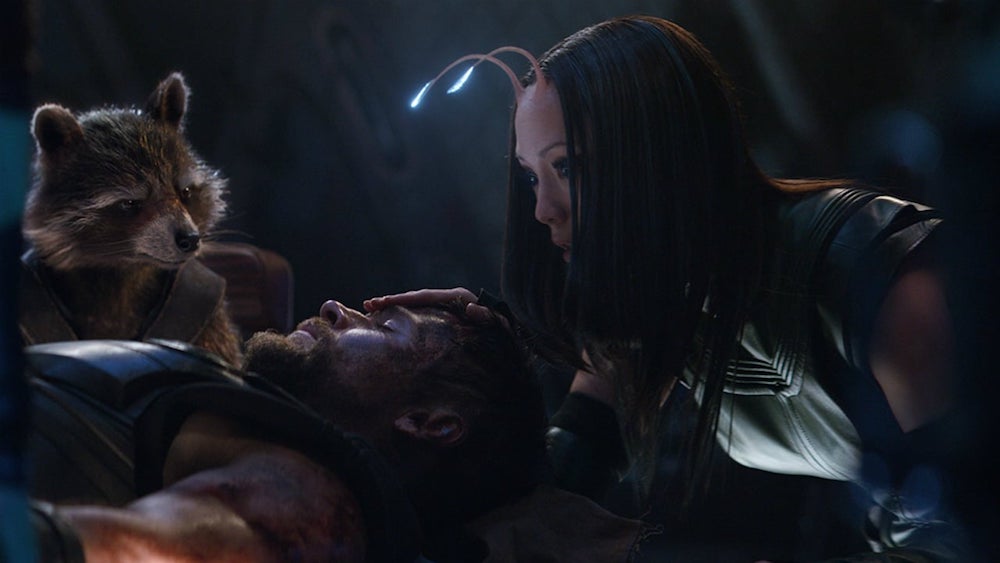 Thanos aside, Thor feels like he’s given the most prominence, but he’s saddled with an overlong subplot that could’ve been tightened up. It also includes a role for Peter Dinklage that people will either find hilarious or in rather bad taste —mileage will vary. And inevitably, given such a sprawling cast, some characters are given short shrift, most notably Steve Rogers and Bucky Barnes (Sebastian Stan).

Whatever lapses there are on the journey, though, everything coalesces brilliantly in the closing hour. The location-skipping drops, and everything comes crashing to a spectacular crescendo. One group are on a planet dealing with Thanos, while the rest find themselves cornered in Black Panther’s Wakanda, fending off an endless army of savage beasts in the sort of against-the-odds stand-off cinema was made for.

This is the MCU going full-blown Game of Thrones and Lord of the Rings, and it’s spectacular to behold. The climactic fight is truly epic, but still finds time for character beats and hilarious asides. Suddenly the quality spikes considerably, and everything works. No action beat feels tired, no joke falls flat, no character is misjudged. In fact, one hero’s arrival on the field of battle is one of the most exhilarating moments Marvel has ever delivered and will have people leaping out of their seats with glee. If earlier parts of the film felt like something of a patchwork, the extended climax is Marvel operating at their peak. It’s pure, unadulterated entertainment. 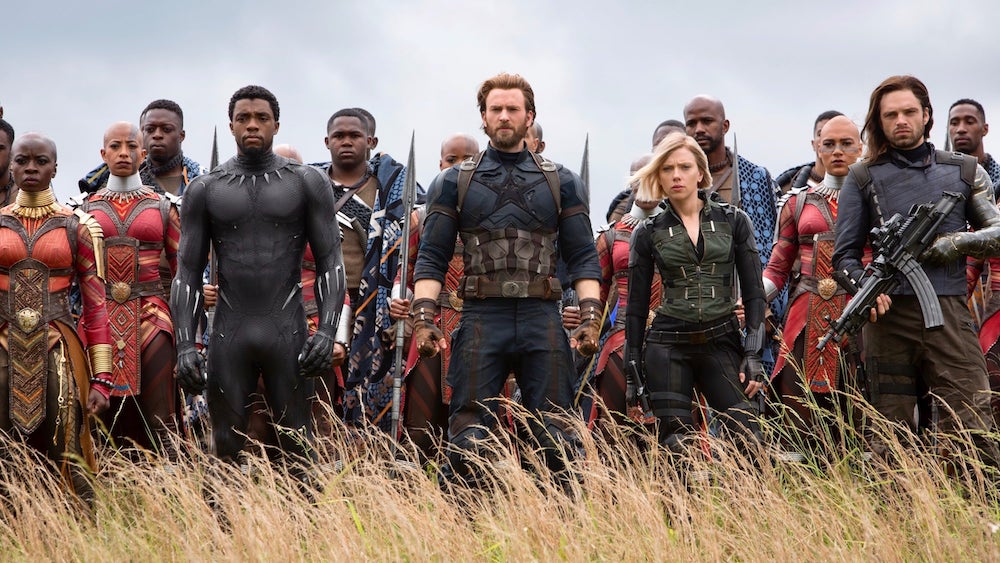 What will linger most, though, are the final moments. Infinity War closes in the most un-Marvel way of all: it finishes with quiet. The affecting final moments are supremely haunting, and if you’ve ever had an iota of investment in this sprawling film series since Iron Man (2008) premiered, you won’t fail to be moved. In a press screening with an audience that had audibly howled, whooped, and gasped throughout, the credits rolled to absolute silence. (There is, naturally, one post-credit scene and it’s an absolute doozy.)

Infinity War isn’t the best MCU movie, perhaps, but it is an astonishing achievement and a worthy climax to 10 years of investment in these characters and their stories. Being “part 1” means we’ll have to wait for the story’s conclusion to properly assess its legacy, but whatever its flaws nobody makes comic-book movies like Marvel Studios. Infinity War will have its millions of fans gasping in both delight and anguish.