It’s always difficult to review action-packed episodes, as you’re fighting the inclination to simply describe and react to all the best moments. “The Long Night” is a surprise because it seemingly ends the supernatural elements of Game of Thrones, halfway through the final season, meaning the remaining three episodes will presumably be more grounded and involve a fight for the Iron Throne.

Luckily, Game of Thrones began without any dragons and magic, winning everyone’s hearts with its characters and political manoeuvring, so that won’t be an insurmountable problem. But it’s the end of many engrossing plot strands, involving the creepy White Walkers and the Night King beyond the Wall. For those who thought the straightforward fantasy of Game of Thrones was the more entertaining aspect of the show, seeing those parts of the show end “prematurely” will come as a blow. But at least “The Long Night” delivered an eventful spectacle that was great fun to watch, although I wasn’t as moved as I wanted to be… and, in the cold light of day, many of the decisions the writers took here were very disappointing. 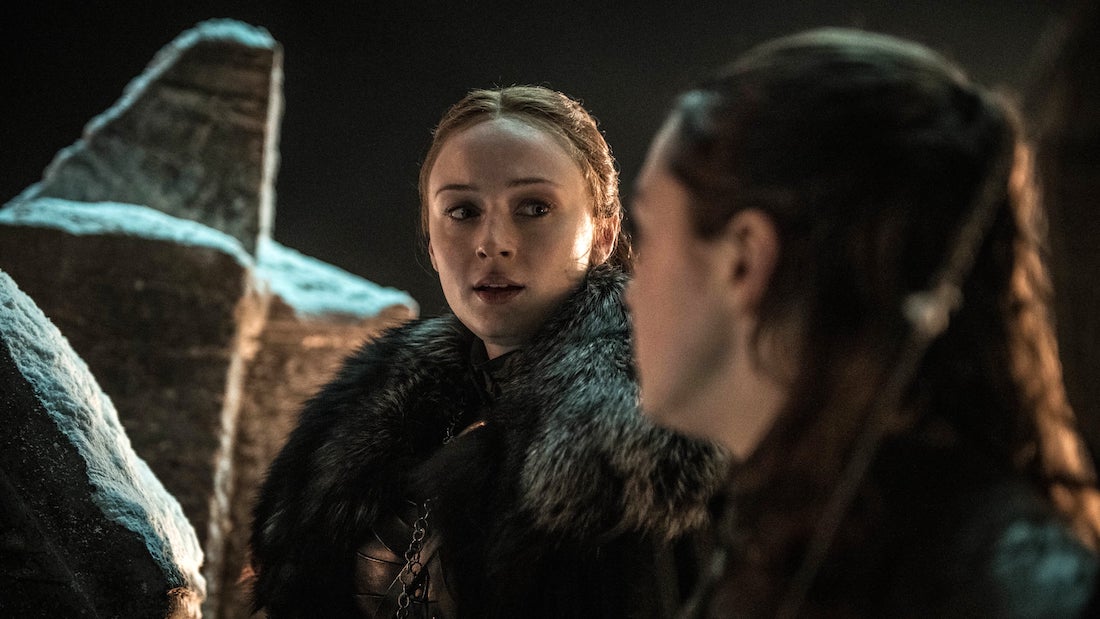 The Battle for Winterfell was a perfectly paced 80-minutes, beginning with an open field battle with the Dothraki riders, brandishing flaming weapons courtesy of Melisandre’s (Carice van Houten) magic, clashing with the undead horde. There was terrific imagery from director Miguel Sapochnik of their flames slowly being extinguishing on the dark horizon before a number of spooked horses and frightened survivors came running back to safety. And if you thought that was a clever way to save money, you were probably right, but the rest of the episode didn’t disappoint. The only noticeable ways “The Long Night” cut corners were by having everything happen at night, where it’s easier to hide things in darkness and, halfway through, the Night King conjured a blizzard that further obscured the CGI seams. But it was still great and clear episode had a film-sized budget for the sequences it wanted to pull off on television, delivering Game of Thrones’ largest battle that took 11 weeks of exhausting night shoots.

There were various stages to the battle, which began out in the field as swarms of undead poured over the Unsullied forces, before shifting to a retreat with a fiery trench (again lit thanks to Melisandre, the unsung hero of the hour), before the wights breached Winterfell’s defences and the fights became more close-contact along the battlements and around the forecourt, hallways, and crypt. In-between all that, the action sometimes also shifted to gorgeous aerial sequences with Jon (Kit Harington) and Daenerys (Emilia Clarke) flying their dragons through and above the clouds, battling the elements while trying to provide assistance to their armies below… all while also having to fend off the Night King and his own Ice Dragon. 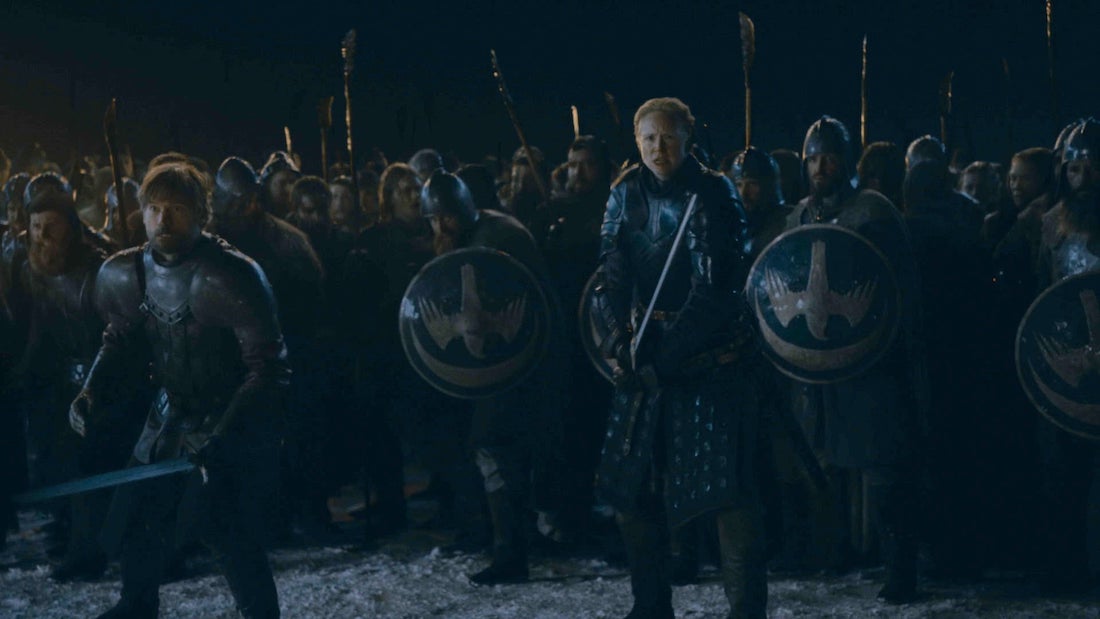 If you were expecting lots of deaths this week, there were certainly some notable demises. Jorah (Iain Glen) succumbed to his wounds after protecting his beloved Khaleesi from the undead, after she was forced to dismount Drogon after dozens of wights clambered aboard her steed; Beric Dondarrion (Richard Dormer) similarly died of his wounds trying to help Arya (Maisie Williams); Edd (Ben Crompton) died in battle after helping Sam (John Bradley); and Theon (Alfie Allen) received the approval of being “a good man” from Bran (Isaac Hempstead-Wright) before making a final doomed attempt to protect him from the approaching Night King.

Of all the deaths, only Theon’s really got to me because I’ve enjoyed the fall and rise of his character’s harrowing journey over the years. Of course, the most significant death was of the Night King himself —poised to knife Bran ‘The Three-Eyed Raven’ dead, only to have Arya leap onto him and surreptitiously stab him in the leg with some dragonglass. As the Night King disintegrated, along with all his subordinates, it’s little Arya who emerges as the hero, not her brother Jon (who’s been on the more traditional heroes’ journey). Although Melisandre’s role in events can’t be downplayed… later seen throwing away the bracelet that keeps her looking young, to walk away into the snow and crumble to dust Davos (Liam Cunningham) watched on. 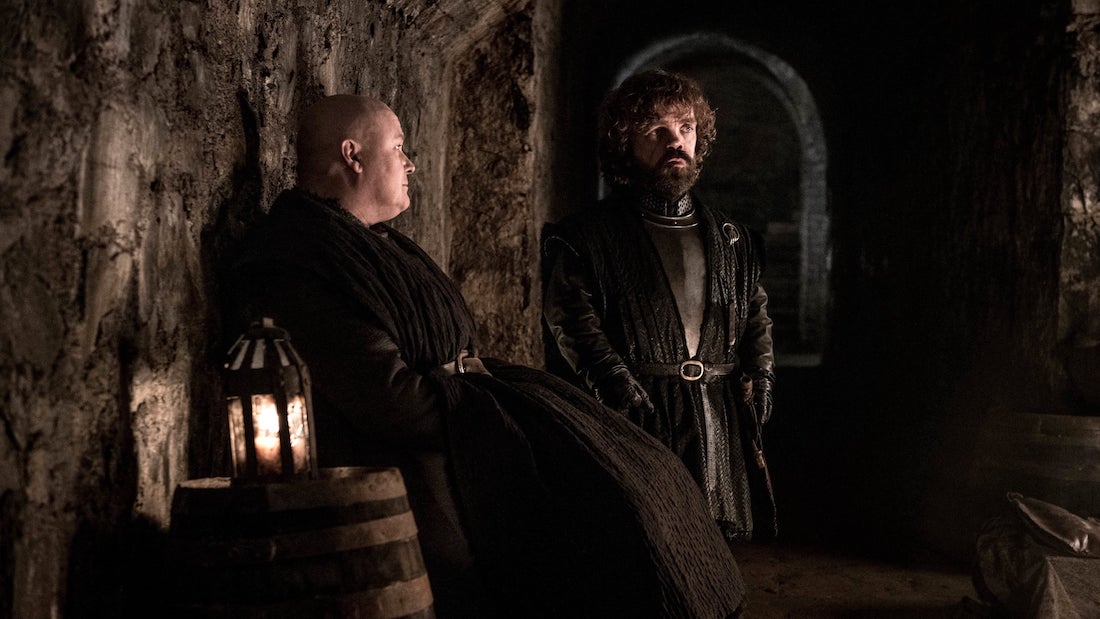 “The Long Night” was easily the show’s most ambitious hour and full of visual delights, but after the dust settled there was a feeling of being shortchanged…

And there were many other gripes, which would be tiresome to list, of varying levels of importance, but the point is “The Long Night” was a spectacle in need of satisfying resolutions after years of waiting. “The Battle of the Bastards” was a much smaller set-piece in season 6, but by taking place during the day and with sadist Ramsay Bolton as an enemy with undeniable personality in his favour… it was preferable to what “The Long Night” delivered with its boogiemen.