Since its debut in 2014, I’ve only met two kinds of people as it pertains to Bosch: those who’ve never seen it and those who love it. You’d be hardpressed to find anyone with a lukewarm opinion of this Amazon Original. If you’re watching it, you’re into it. And if you’re not, then maybe you need to talk to someone that is.

Season 5 of Bosch is excellent. The gritty story of L.A detective Harry Bosch (Titus Welliver) shows no signs of fatigue as it continues to find new ways to surprise and delight. Those who’ve invested in the preceding four seasons will appreciate the continued evolution of key characters and Bosch’s pursuit of justice.

Bosch is an original crime drama based on the bestselling books by author Michael Connelly. A key component of the quality is Connelly’s direct involvement as one of the show’s writers. Of equal importance is the creative input of Eric Ellis Overmyer, an underappreciated veteran TV producer behind classics like Homicide: Life on the Street and The Wire. For anyone who watched those acclaimed dramas, Bosch is a treat that earns its place alongside them. 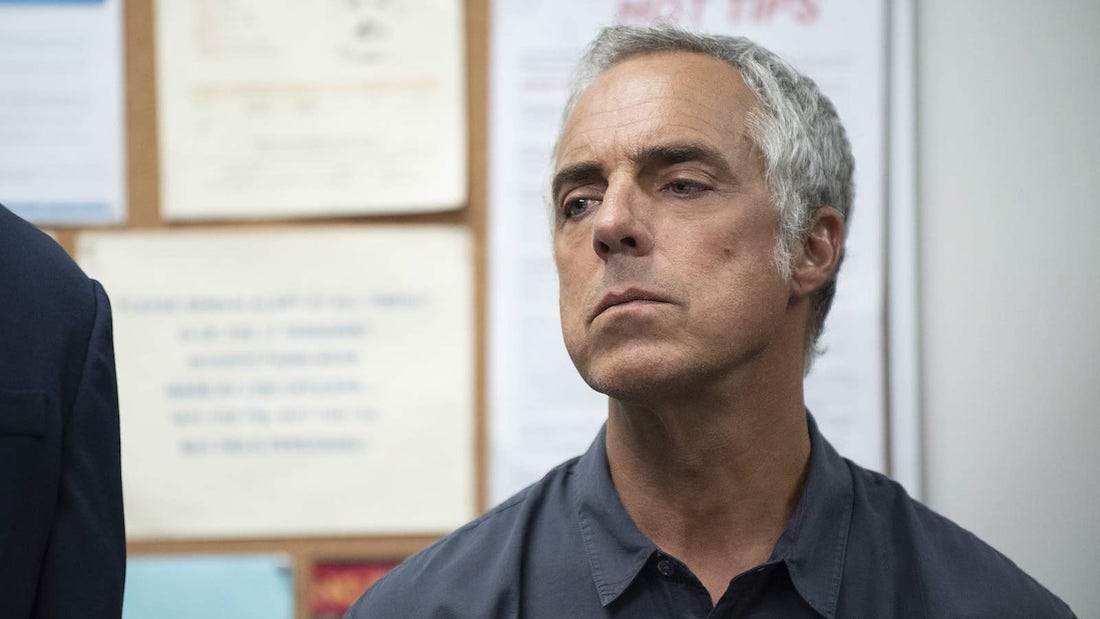 The eponymous Harry Bosch is played by Titus Welliver, a seasoned character actor with over a hundred credits on his IMDb page. Sometimes in history, an actor manifests a character so completely it becomes nigh impossible to distinguish him from his fictional alter-ego. With all due respect to Welliver as a person and artist, he’s successfully absorbed Bosch to such depths you’ll likely forget his real name if you met him in real life.

Its Welliver’s soulful approach to Bosch (a man who’s driven to answer the ghosts of the murdered) that provides this show with its lifeblood. Welliver makes it easy not just to cheer for Bosch because he’s the hero, but also to care about him because of his moral crusade. He doesn’t win all the time and often finds peace with a less than perfect resolution.

These flawed outcomes, grounded in the greyness of reality, is one of the key element that distinguishes Bosch from other shows in its genre. We don’t arrive at a predictable ending with Bosch and his cop buddies sharing beers at the local bar after busting the bad guys. Resolution isn‘t artificially confined to the constraints of standard Hollywood story arcs. It’s never a guarantee that Bosch will make arrests just because the episode is nearly over. 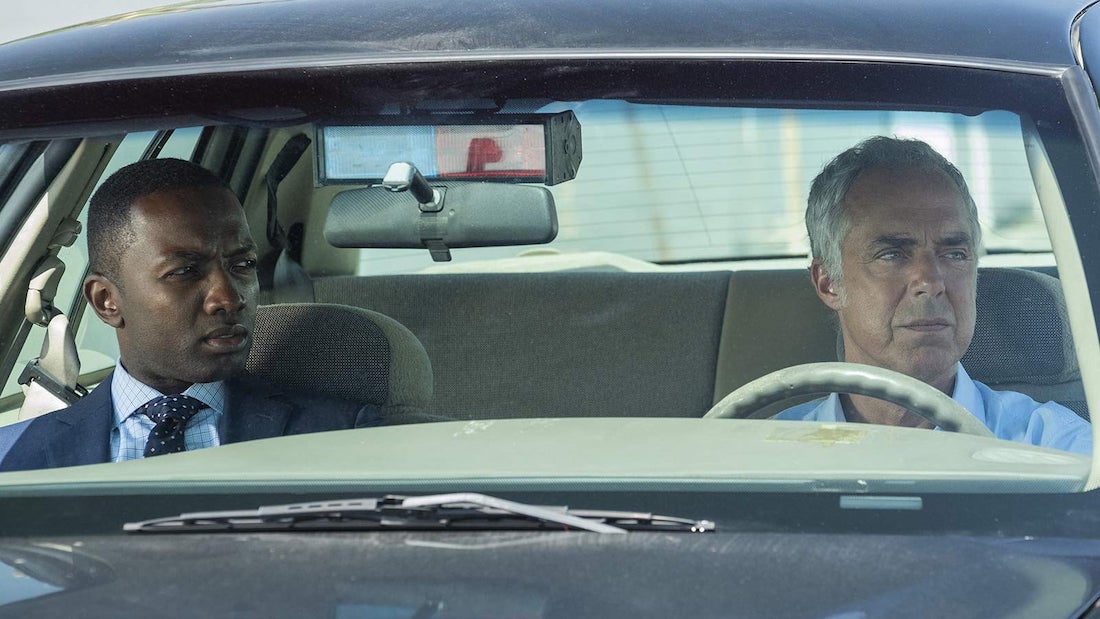 The world of Bosch is so much messier than similar shows. And when a case is closed, a problem resolved, a loop complete… a new one almost always presents itself. It’s become something of a trademark of Connelly and the writers to start new cases (even somewhere Bosch is in the background) only to leave them unresolved when a season ends. This is not by accident or careless happenstance. This is what real police work is like.

In fact, if there’s a legitimate criticism of Bosch it’s that it can sometimes be too realistic. Viewers less versed in law enforcement vernacular or possessing a better-than-average understanding of US jurisprudence may stumble at times, as characters often casually toss police jargon and legal lingo back and forth. It doesn’t prevent anyone from enjoying the show, but sometimes a glossary would be helpful!

While Bosch is the lead character, it’s not just The Harry Bosch Show. In fact, one of the important elements of keeping its stories fresh and the narrative moving forward is the continual development of supporting players. Central among these is Bosch’s daughter Maddie (Madison Lintz), his partner J. Edgar (Jamie Hector), his boss Lt. Grace Billets (Amy Aquino), and Chief of Police Irvin Irving (Lance Reddick). Their personal journeys are nearly as important as Bosch’s own, and their individual narratives are often more compelling than whatever case Bosch is asked to solve. 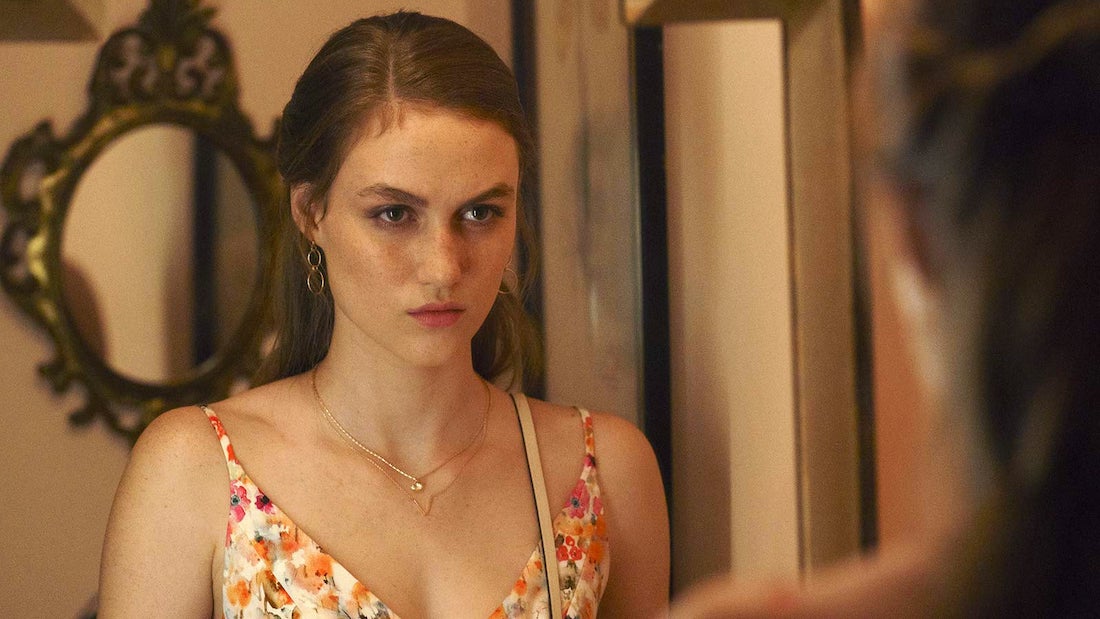 It was something Overmyer did so well on The Wire and Homicide. The power of the ensemble cast and the depth of these characters drove these dramas. Bosch is headed down a similar path and continues to get better because of it.

In season 5, we see Maddie continue to grow up as a young college student trying to find her own way in the world. Like her father, she suddenly finds herself largely alone. Despite being kindred spirits, Bosch and Maddie struggle to define the dynamics of their family. Both are fiercely independent and although they both desperately need each other, they often chose the existence of solitude over a shared comfort.

Maddie both embraces her tendencies to be like her father while seeming to be afraid that she will end up like him. She loves him and she admires him, but Bosch’s lonely existence in a home in the Hollywood hills with only the ghosts of victims past to keep him company, gives Maddie nothing to aspire to. 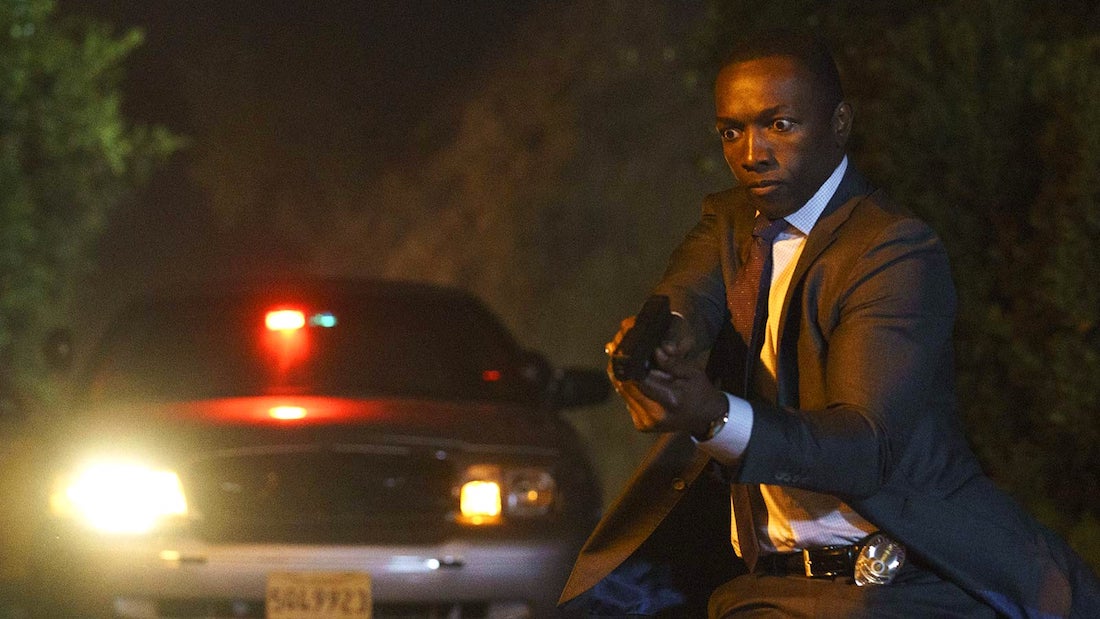 J. Edgar sees his own narrative continue to grow this season. He‘s already been through a lot, personally and professionally, since the pilot episode, but this season digs deep into his background, family history, and reveals some ghosts of his own. A few threads are pulled and we’re teased with what might come for Bosch‘s loyal partner and friend come season 6.

While Bosch does enough to allow newcomers to jump into any season, it pays to start from the beginning. The character arcs are long enough and interesting enough to make it worth it starting from the first episode. Certain dynamics, specifically between Bosch and his daughter and a scorned ex-lover, are hard to fully appreciate unless you‘ve seen things develop over time.

Amazon’s already given the green light to another season of Bosch and Connelly and company are reportedly working on the story and scripts now. Given the strength of their latest efforts, this news comes as no surprise. Season 6 steams forward with Bosch showing no signs of slowing down or letting up.