Seth Rogen’s made his career in Hollywood with gross-out comedies; grown men behaving like teenage boys, stumbling into ridiculous situations. Hits like Superbad (2007) and Pineapple Express (2008), attracted audiences with certain expectations about a movie starring Rogen. Maybe that’s why his latest film, Long Shot, works so well. It defies expectations.

There’s still more than enough gross-out humour and juvenile sex jokes, but the story is surprisingly deep and has a lot more to say than the chuckles on the surface might lead you to believe.

It may seem Charlize Theron (Atomic Blonde) has no business being in a romantic comedy, as the Oscar-winning actress is best-known for action (Mad Max: Fury Road) or drama (Monster, Tully), so crass humour involving bodily fluids feels beneath her. But it’s Theron’s believability, intensity, and comic timing that gives Long Shot its heart and soul. 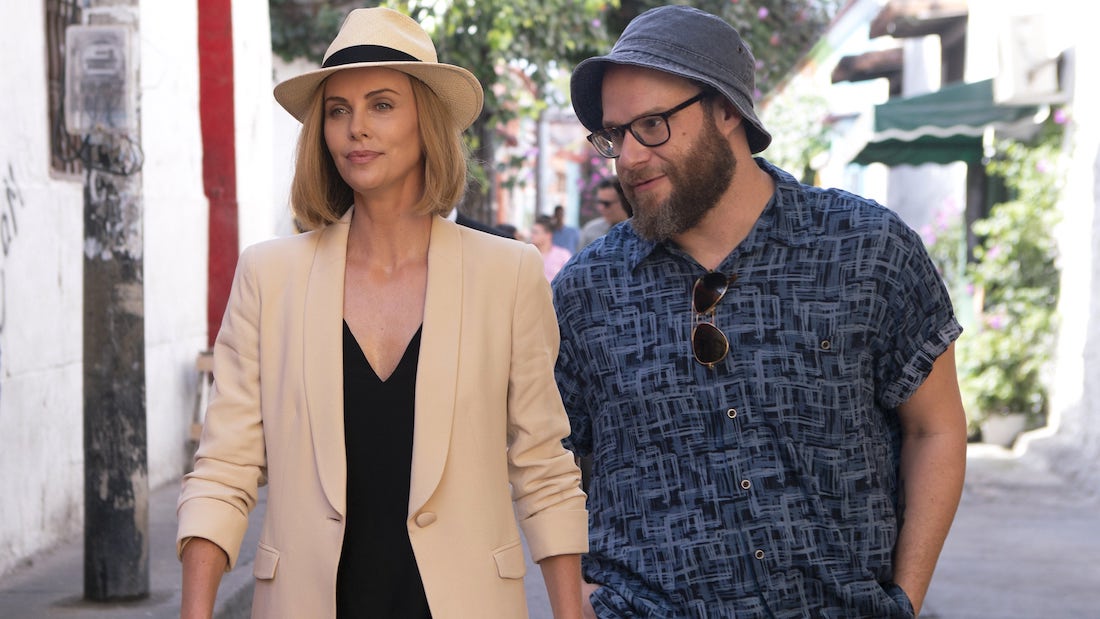 All the standard rom-com story beats are here: two lonely people, an unexpected rendezvous, an unintended courtship, outside forces working against their relationship, a momentary split, and a triumphant reunion. Why change a formula that’s always worked and rarely goes out of fashion? However, director Jonathan Levine (Snatched) and writers Liz Hannah (The Post) and Dan Sterling deserve credit for taking chances with this story.

Long Shot follows a familiar pattern but it gender-swaps the roles in a way that’s both funny and empowering. Here, it’s the female, not the male, who’s career-driven and aspirational. Presidential candidate Charlotte Field (Theron) is a strong politician and person in every sense, and that quality is matched with internal fortitude.

Contrastingly, socially-awkward journalist Fred Flarsky (Rogen) even sounds like a goofball. Fred’s an idealistic loser and a flashback reveals he’s always been that way; devoid of social grace and intellectual tact, but blessed with a pure heart. He’s the one thing Charlotte, his childhood crush, lacks in her successful but rigid life: authentic.

So while the plot tows a predictable line, Long Shot feels fresh because the leads play against their gender stereotypes, particularly for a rom-com. 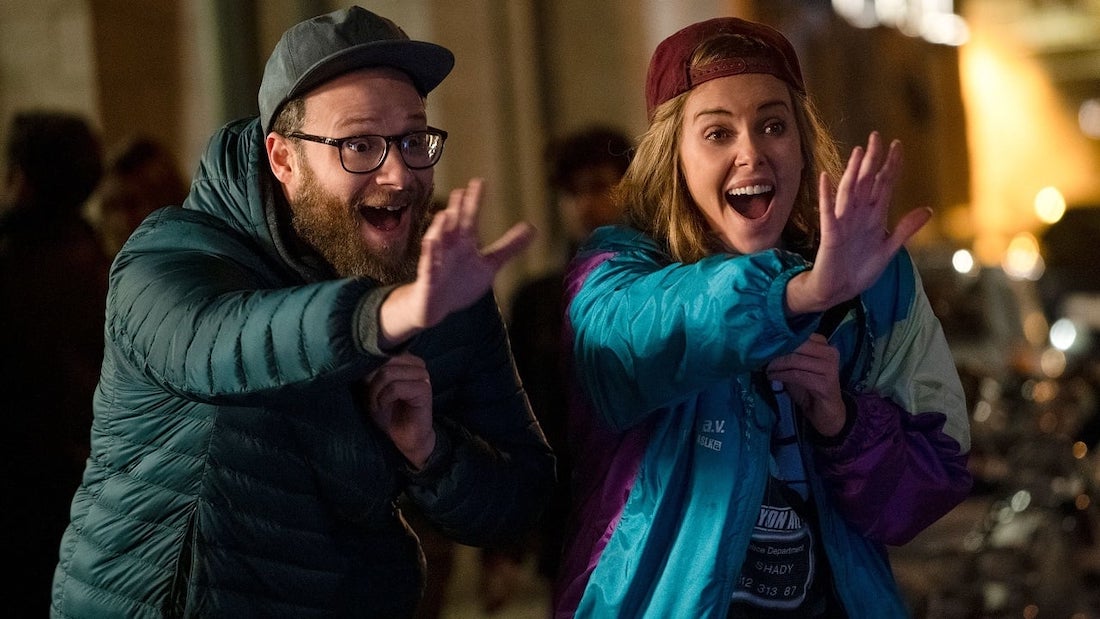 It’s easy for men to say whether or not they’d vote for a woman to be the next President of the United States. The real rub is whether a man can be the more subservient half of a couple’s power dynamic? Can Fred step to the side and support a woman he loves, even if her star outshines his?

The supporting cast of the film is solid, includes Andy Serkis (Star Wars: The Last Jedi) as a blend of Rupert Murdoch and Roger Stone beneath lots of make-up; scene-stealer O’Shea Jackson Jr. (Straight Outta Compton) gets many of the movie’s biggest laughs through his banter with Rogen; and Bob Odenkirk (Better Call Saul) plays an unsubtle version of Donald Trump.

Long Shot has a big task ahead at the box office, coming one week after Avengers: Endgame. It’s not likely to knock Marvel’s superhero epic off the top spot, but a small comedy just might be able to cleave away a smaller but appreciative audience who want to laugh hard and often.