Much like the previous episode, “El Valero” had its ups and downs. I loved the clever way the writers have been steering us towards this point, however: with battle re-enactment hobbyist Donny (Derek Wilson) dressed in his military gear to help Alamo fanatic Odin Quincannon (Jackie Earle Haley) destroy Jesse’s (Dominic Cooper) church, which gave this hour its structure as a modern-day Custer’s Last Stand. And it was fun seeing Jesse put his nefarious skills to good use, by successfully keeping Odin’s men out of his beloved church with a combination of hand-to-hand combat and marksmanship from a nearby window. Unfortunately, a lot of everything else let the side down.

It was a cool idea to have Eugene (Ian Colletti) simply return from Hell after Jesse begged God to help him, and it had me fooled for awhile, before the thankfully early reveal that Eugene was just a figment of Jesse’s imagination. I don’t for once second think Jesse’s mental state is anywhere close to hallucinating people he can’t differentiate from real people, however, which somewhat undid whatever this was trying to achieve. It just seemed like an easy way to give Jesse someone to talk to, as he was mostly alone in the church, and on some level writer Olivia Dufault knew this and at least had the grace to deliver ‘the twist’ very early. 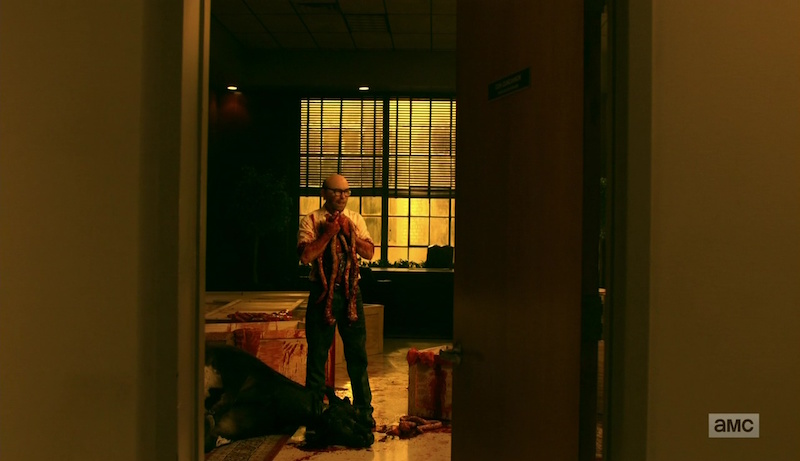 Similarly awkward was Jesse calling on the angels, Fiore (Tom Brooke) and DeBlanc (Anatol Yusef), to help him get the real Eugene back from Hell—which was the move he should have made last week, so it seemed odd he only decided to ask for their assistance now, when Odin was outside poised to demolish his family home. And when the angels did manage to coax Genesis out of Jesse’s body, by singing to it and locking it inside a coffee can, it was all for nought anyway. Genesis can’t be contained, and immediately escaped and possessed Jesse again. And at that point, Fiore and DeBlanc just gave up and walked away. No Plan B? Given that finding Genesis has been their one and only goal all season, it seems very strange to me. Almost as if they’ve lied to about how important this matter is. It was actually just something the angels wanted to do, to save themselves some embarrassment, but realising Genesis is happy inside Jesse means that’s the end of it? 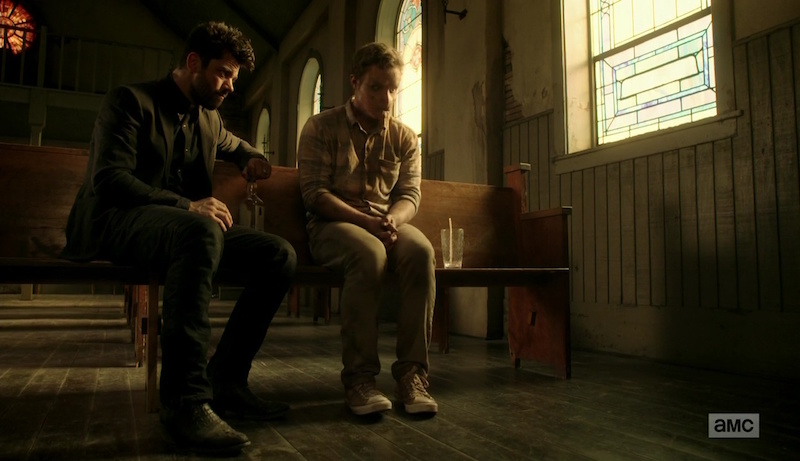 There were some great moments throughout the episode, though. I love how uncaring and pitiful Odin is, and never was this more evident than during his remarkably poor ‘inspirational speech’ on the eve of battle, where he agreed the first wave of men carrying blunt instruments will be little more than ‘human shields’. An opening flashback (typically oblique) also seemed to show the moment when Odin realised God doesn’t exist, because there’s no discernible difference between cow’s intestines and that of his dead daughter—whose body, together with the rest of his family’s, has been flown back in crates after perishing in a freak ski lift accident.

I was also tricked by what happened with Donny, who shoved his head into the boot of his car and appeared to commit suicide with a revolver. It would have made a bizarre way to end that character’s arc, but Preacher’s made so many odd decisions I was prepared to accept it had made this choice. Thankfully, cleverly, the truth was different: Donny had simply chosen to deafen himself with a gunshot, so he could enter the church, protected from Jesse’s so-called ‘Voice’, and pistol-whip the preacher to end the siege. And later, Jesse’s request to a victorious Odin, to give him one last Sunday service, where he’ll actually bring God down to Annville, sets up an exciting development. Is it possible the ‘Voice’ could actually be used to bring God down from heaven to stand before Jesse’s congregation? We’ll have to see. 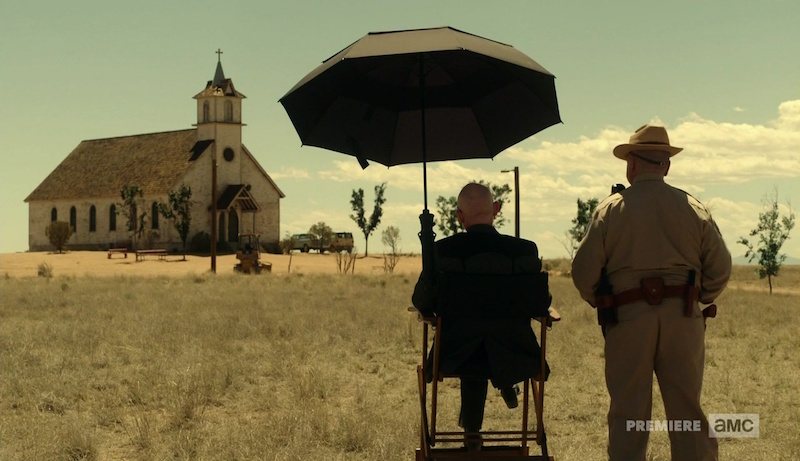 Tulip (Ruth Negga) has minimal impact on this episode, with a seemingly random story about adopting a dog called Brewski, but it ended with a good reveal that she’d only bought the pet as good for recovering vampire Cassidy — who doesn’t appear in person, but has seemingly been burnt to a crisp and needs to feed on living animals to restore himself to human form.

As we’re approaching the end of Preacher’s first season, with a second already commissioned, I’m still of the opinion this is a good show struggling to find its perfect shape. Some of the characters and ideas are good, and it occasionally surprises and delights me, but most episodes are just too much of a mixed bag. There are too many deflating moments or scenes that appear from nowhere and don’t add enough value, or earn their place. I’m sure a few things will snap into sharp relief (like what’s happening with the power plant that keeps straying into the danger zone) by the time we get to the finale, but I’d be happier with a show that wasn’t as wilfully obscure about things. It’s like they’re trying to convince you Preacher is a much deeper affair than the material really is, by keeping several elements obscure and difficult to understand. For fans, able to predict a few things about where the story is headed and what characters will appear, it may just about work… but for general audiences, there’s just too much that feels unnecessarily vague, or that doesn’t get returned to.