Identity and the search for self play an integral role in the structure of good YA fiction. It’s therefore as ironic as it is wasteful that the Divergent saga has so palpably lost its personality. The third instalment of this adaptation of Veronica Roth’s book series fails to charm, and proffers no reason to return for next year’s final chapter.

Warning: spoilers below for the Divergent Series storyline until this point. Continue reading at your own risk…

The five factions occupying dystopian Chicago (Abnegation, Candor, Amity, Dauntless, and Erudite), and the divergent and faction-less population they’d long shunned, were stunned by a revelation from beyond their city walls at the close of Divergent’s last film. Insurgent confided that the ‘Divergents’ (those who defied their caste) were a power for good and a long cherished dream for those waiting outside.

Tris Prior (Shailene Woodley), the purest of said Divergents, was the instrument of this great change. Withstanding deadly simulation trials—plus the manipulations of Erudite leader Jeanine and her army of mind-controlled Dauntless worker bees—Tris opened a mysterious box which contained that truth, and used it to set her broken city’s divided people free. 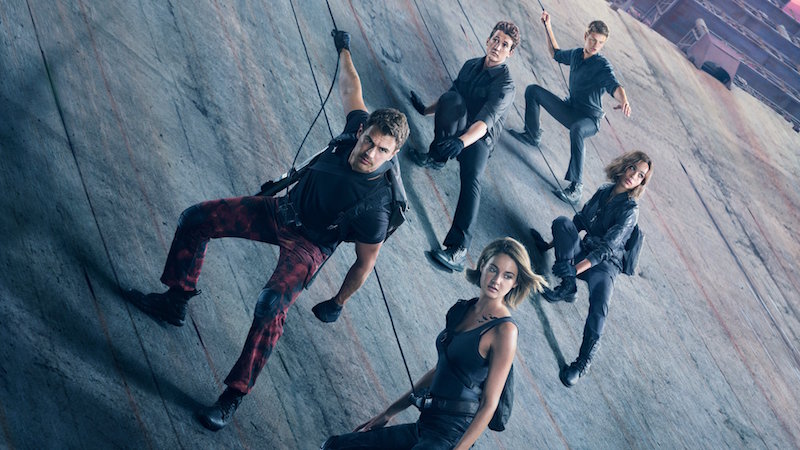 And so the selfless, the honest, the peaceful, the brave, the intellectual, the divergents, and the outliers came together in hope. Tris and her Dauntless love interest, Four (Theo James), were reunited, and their cause publicly vindicated. Kate Winslet’s pantomime dictator was shot in the back of the head by her Factionless rebel successor, Evelyn (Four’s mother— gasp!), and everyone headed over the wall to live happily ever after.

The Divergent Series: Allegiant begins with nobody living happily ever after. Evelyn (Naomi Watts) has proven herself to be nothing more than a casual Friday incarnation of her predecessor Jeanine. Pressured by her own paranoia and a public hunger for justice, Evelyn places the city on lockdown and allows a baying mob to preside over the fates of the disgraced; Tris’s brother among them.

Tris and Four spring Caleb (a listless Ansel Elgort) and make a break for the wall, with the help of Tori (Maggie Q)—Tris’s mentor in divergence and the saga’s only adult hero. They flee alongside Dauntless friends/adversaries Christina (Zoë Kravitz) and Peter (Miles Teller). Forced to trust that past betrayals will not be revisited, the sextet ascend the forbidding wall in a dynamic aerial dash, pursued by Evelyn’s loyal followers and by fear of the unknown. 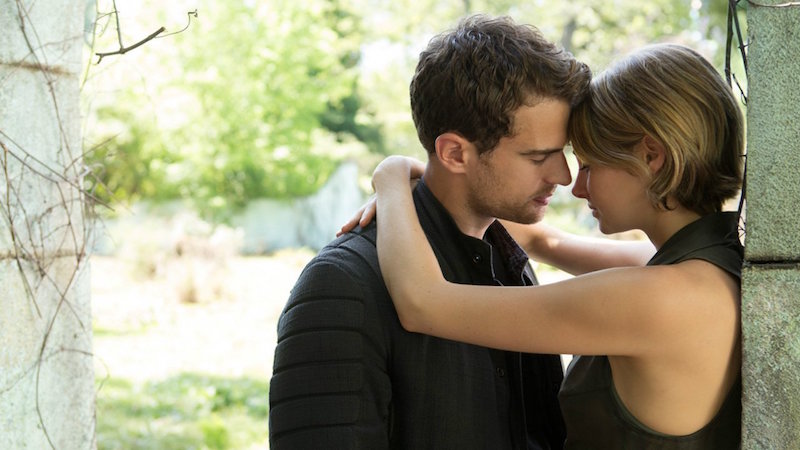 The recent glut of teen novels optioned by studios thirsting for ‘the next Twilight’ present audiences with a problem. Unless you’re au fait with YA literature, it’s incredibly easy to confuse their worlds. City of Ember, The Host, The Giver and both Maze Runner adaptations all ended on similar notes. Only their distinctive leads help differentiate matters.

Allegiant lacks such differentiation because Tris is no longer a distinctive character. Throughout the first Divergent, Shailene Woodley was vivacious, brave and engaging. She guided us through Insurgent, too, through the sheer tenacity of her performance, but her character in Allegiant is a shadow of her former self; tentative, easily led, and forced to reprise her distrustful dance with Four as soon as her loyalties are tested. Katniss Everdeen had compelling Every Girl qualities by virtue of her complex relationship with her mother, her temperament, and her loyalty… Tris Prior has been watered down to Any Old Girl and this movie suffers thanks to her dilution.

The Big Bad this time is David (Jeff Daniels, who gives a dastardly-by-numbers performance), the man in charge of The Bureau; an agency masterminding the walled city experiment from their base in a futuristic O’Hare. Tris’s head is soon turned from the fate of her former home by his vision for mankind. 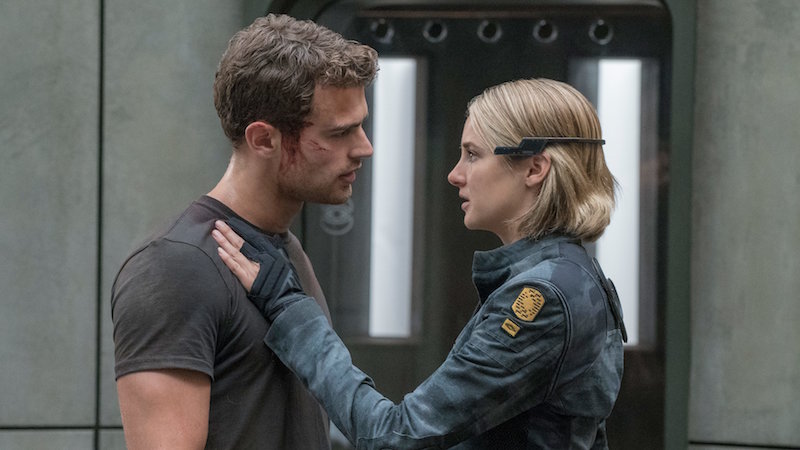 When deprived of Tris, a conflicted Four is called upon to do little more than pout prettily and pull his hi-tech trigger. On a purported rescue mission he discovers the true nature of The Bureau’s work but is soap-opera-dumbstruck when it comes to informing Tris. Though poor, Four aspires to be the hero the people need, but in reality his live-action incarnation pads out the runtime as a shoot ’em up avatar and someone in need of rescue.

Fortunately, new drama is on the horizon: serums are the sonic screwdriver of Divergent’s tale, as new improved formulas keep popping up to service the plot. For Allegiant, a tangy orange potion threatens to fog the city with forgetfulness, and provide David with more malleable soil to till until another Tris evolves…

If you like your action movies bloodless, and your love stories mildly daft, Allegiant is the perfect cinema ticket for you. Robert Schwentke has crafted a film that’s all filler no killer. He and cinematographer Florian Ballhaus offer one or two pretty diversions to this meandering waffle, with clever use of drone perspectives in a couple of chases, and a fun ‘Mad Max lite’ dash across a scorched red earth, but on the whole one can practice mindfulness exercises undisturbed.