Whether or not this is the farewell for this under-appreciated animated series is uncertain, but Kung Fu Panda 3 provides a conclusive finale that brings the journey of its chubby protagonist to meaningful resolution. What’s assumed to be the final note in a trilogy sees Po (Jack Black) confronting both his past and future, as he reckons with his position as a kung fu master while reconnecting with his long-lost biological father Li (Bryan Cranston).

The Kung Fu Panda series has always been, on some level, about battling with self-doubt, and that theme unsurprisingly forms the backbone of this third entry. Po has become confident and settled in his role as the Dragon Warrior among the Furious Five, but when Master Shifu (Dustin Hoffman) informs him that he’s planning to retire and would like Po to take on his role as teacher, it brings back all of Po’s initial feelings of uncertainty and uneasiness about responsibility. Meanwhile, his real father Li has tracked him down and is hoping Po will come with him to the secret panda village where he lives. 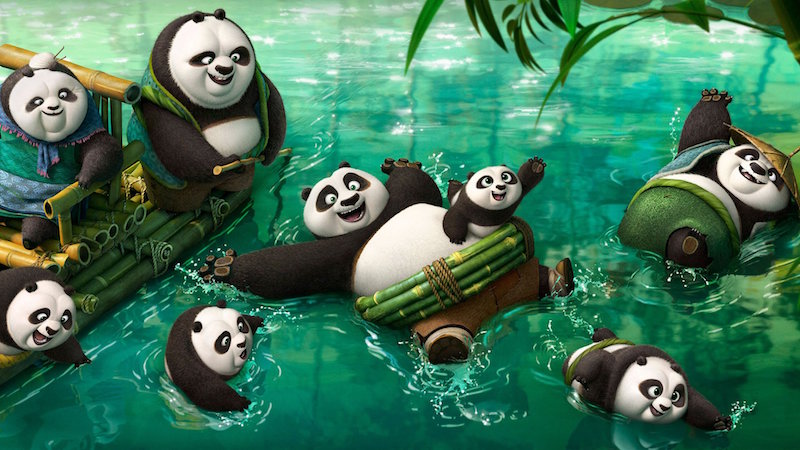 In essence, by bringing back the self-doubt from the original and the preoccupation with Po’s past from the second, this film skilfully combines the main focal points of the saga so far, for what is probably the last opportunity Po has to consider his place in the world. The character’s zaniness and clumsiness could seem ever so slightly jarring, considering how often others talk about how much he’s grown and learned over the series, but the idea of reconciling characteristics that appear to be things that just shouldn’t work is absolutely at the heart of what these movies are about. A fat panda being a kung fu master is a ridiculous juxtaposition, but the Kung Fu Panda series have always argued that a sense of self-belief and the right encouragement can help you accomplish things others would see as impossible.

In this instalment, the origins of the main adversary also takes us to parts of the Kung Fu Panda universe that we’ve previously not seen. The film opens in a spirit realm where Grand Master Oogway (Randall Duk Kim) now resides; and one of Oogway’s former companions, the blade-throwing Kai (J.K Simmons), is also bouncing around this afterlife. Kai has been stealing the power of all other kung fu masters so that he can return to the real world and destroy everything Oogway has ever built, including the temple where Shifu and the other kung fu warriors train. The responsibility for stopping him will of course come down to Po and the other members of the Furious Five. 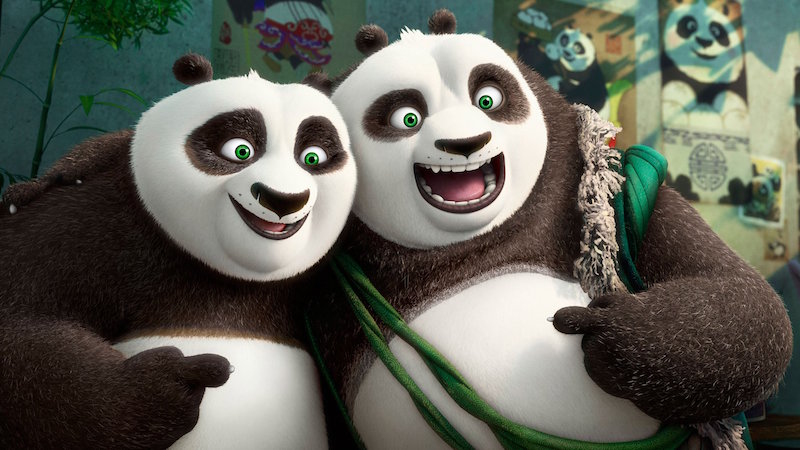 Cranston and Simmons fit perfectly into one of the most impressive voice casts around, one that also features the talents of Angelina Jolie, Lucy Liu, Jackie Chan, Seth Rogen, and David Cross. The humour is as lively and hilarious as it has ever been in this series, so you can be sure it’ll keep everyone entertained and laughing throughout. And the characters feel very well-established now that we’re on the second sequel, and they’re almost all given something interesting to do. Of course, the main story always belongs to Po, but all the other characters have roles to play.

While the film doesn’t do much to alter the formula of its predecessors, it still benefits from a tightly written script that knows how to tell a tremendous story that allows the decisions and actions of the characters to have a clear effect on the developments and outcome of the narrative. That it builds on things that have happened in the other films makes it all the more rewarding for fans, especially when it escalates to climactic moments that show us how Po has not only learned the value of his own power, but also of what he can teach others about their own power. 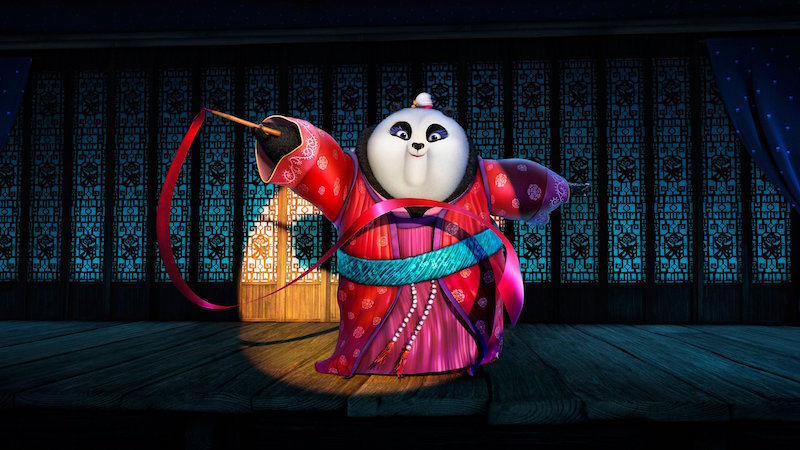 Kung Fu Panda 3 looks great too, with a distinctive animation style that adds dynamism and energy to its action scenes, injecting them with a sense of real beauty and grace. It’s full of bright colour and ingenuity, always delivering eye-popping spectacle. It’s great to see this series hasn’t lost its touch when it comes to crafting gorgeous landscapes for its characters to play in; something that’s especially reassuring when a lot of other animations keep giving us something we’ve seen before rather than something new.

The addition of a ‘spirit realm’ and a couple of other magical elements make Kung Fu Panda 3 the most mystical of the three films, but none of it seems out of place and the scripts blends it together to service Po’s journey. There’s really no need to reinvent the wheel when the previous two movies delivered such entertaining and engaging stories, and part three is again guaranteed to delight both kids and adults alike.