My favourite episode of Better Call Saul’s first season was episode 6, “Five-O”, which could be seen as a problem because it had the least to do with the titular character, Jimmy McGill (Bob Odenkirk). It was instead a showcase for Mike Ehrmantraut (Jonathan Banks), answering questions about this ex-cop-turned-enforcer that had been lingering since Breaking Bad went off-air. It was also, therefore, the hour that most felt like an unaired Breaking Bad hour, and a worrying early sign that Better Call Saul might only achieve greatness by mimicking its famous predecessor. Thankfully, last season carved its own identity and turned in some great Jimmy-centric stories to redress the imbalance, but once again the second season’s best hour (so far anyway) turns its attention to the criminal underworld Mike inhabits.

Is this a mistake on the writers’ part, or an unfortunate by-product of having a built-in audience who first met Saul/Jimmy and Mike in another, acclaimed drama? Maybe a mixture of the two, but we’ll see just how well the balance between Jimmy and Mike’s lives is handled going forward. There will obviously come a time when their careers overlap, to mutually beneficial effect, and I presume we’re going to see that start to happen this season—which probably means Mike’s criminal exploits will be a larger part of future episodes. 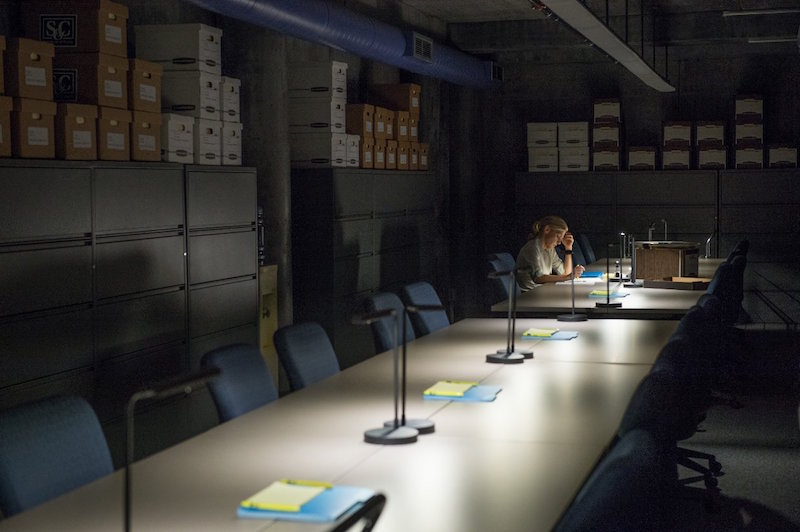 Perspective? You want perspective, I’ll give you mine. You’re my brother, and I love you. But you’re like an alcoholic who refuses to admit he’s got a problem.—Chuck

As I predicted last week, Jimmy’s situation over making an unendorsed television commercial was resolved after being reprimanded by Cliff (Ed Begley, Jr) and the other two Davis & Main partners. I have to confess I was initially more on Jimmy’s side with the argument (the ad cost pennies, it was a proven success), but I could eventually see their point. The ad wasn’t terribly made, but it was promoting their business with an image they’ve spent years cultivating—so they can’t just have an employee taking the “initiative” and putting their PR at risk. This time, it wasn’t a disaster for the company, but it essentially got Davis & Main antsy because a big law firm has a hierarchy for a reason. You can’t just do your own thing, with the best intentions, even if you get lucky and don’t cause any lasting damage. So, for now, Jimmy got away with it—but he’s on his last warning, and I can imagine a future where he’ll just willingly walk away from the restrictions Davis & Main impose on his entrepreneurial spirit.

Staying with Jimmy’s storyline for now, I liked the scene where he presumed Kim (Rhea Seehorn) being punished for her part in his misconduct was down to his brother Chuck (Michael McKean) using her against him. This didn’t prove to be true—however much we dislike Chuck at times, he seems to play things straight with people who aren’t his wayward brother. Jimmy even opened himself up to being extorted (Chuck pull strings to get Kim her normal job back, Jimmy stops being a lawyer for good), but Chuck’s principles and superiority complex held firm. Maybe it shows there’s a good man there, most of the time. Indeed, Jimmy also showed himself to slide into being the good brother again, ironically, after discovering Chuck was having a particularly bad episode with his electro-magnetism phobia, and = played nursemaid all night—taking vigil in an armchair, before making Chuck a morning cup of tea. They may have a weird relationship on a professional level, but they still love each other. 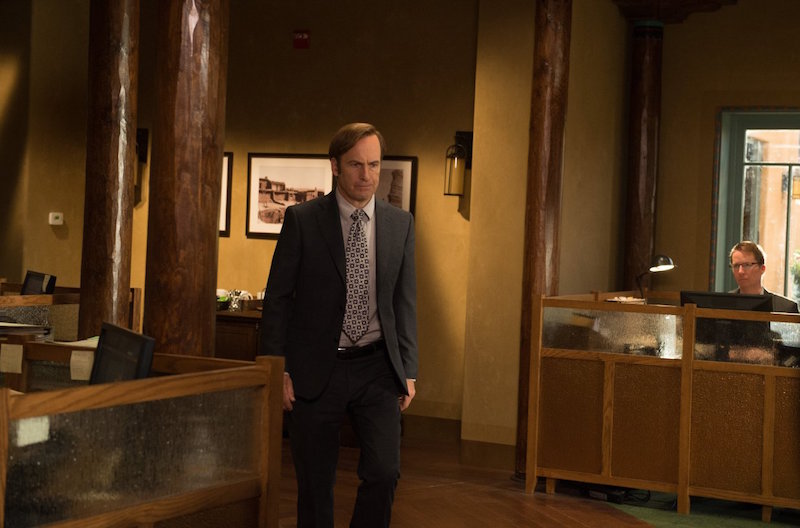 You went a long way to not pull that trigger. Why?—Nacho

Of course, Mike was the real star of “Gloves Off”, as he accepted a job with Nacho (Michael Mando) to assassinate his crazy coke-snorting boss Tuco (Raymond Cruz), either in a drive-by shooting outside a restaurant, or from across the street using a long-range rifle bought from his shady munitions pal Lawson (Jim Beaver). The episode, however, had opened with a scene of Mike returning home in the dead of night with half his face swollen out of shape, so it was obvious things were going to get up close and personal instead. One of the best things about Breaking Bad and Better Call Saul is how well they expertly spin their yarns, drawing you in with sheer precision—and because Mike himself is a man of details, so it was even better seeing him craft an alternative plan to earn a $25,000 payout from Nacho, at minimal risk to himself, without actually killing anyone. Interestingly, Mike’s seen to kill quite a few people in Breaking Bad—which strongly suggests the events of this prequel series will see his morals erode somewhat.

The sequence where Mike and Nacho’s plan unspooled was this hour’s undoubted highlight. It was fiendish in its simplicity, really: Mike called the cops from a pay-phone to alert them to a fight at the restaurant Tuco and Nacho are doing business in, then he drove across and deliberately provoked Tuco into a brawl by denting his car bumper and refusing to pay for it. Mike may have ended up with a swollen eye, fat lip, half his head misshapen, but Tuco was caught in a midst of a criminal act and sent to jail for “five to ten” (although we know he’ll be released somewhere in-between, meaning that when we first met him in Breaking Bad he was fresh out of jail). The fact Nacho never appeared in that series suggests that he either dies or leaves the city before his old boss gets out of prison, or Nacho exacts his revenge after discovering Nacho was the brains behind putting him behind bars for a stretch. It’s fun to now be getting pieces of information like this, which directly connect to Breaking Bad and plug small gaps in this universe’s storytelling.

“Gloves Off” was a really good episode, delivering two confrontations of differing types: verbal (with the increasingly estranged McGill siblings arguing it out), and physical (with Mike doing what he must to provide for his family, no matter how brutal). And both Jimmy and Mike are fighting against their true natures: roguish Jimmy’s stuck playing by the rules just to please his girlfriend and the trappings of success; and Mike in refusing to take the easier option and kill a scumbag because, in my opinion, it’s not the kind of person he wants to think of himself as around his family. There’s a line. It’s just one we know he’ll have to cross, sooner or later.

What did you think of this episode?

I HATE SUZIE – Series One