Zombie film pioneer George Romero and Italian giallo specialist Dario Argento had only been in a room together once before 1990, with Argento consulting and helping fund Romero’s Dawn of the Dead (1978). Just the year before its release, Argento had unveiled his own masterpiece: influential neon nightmare Suspiria (1977), a film which redefined the trajectory of European horror. The idea of a second collaboration between these titans of terror was enough to make horror fans lose their minds. Two Evil Eyes had the potential to be on par with their best work, if not better.

Unfortunately, the result has more in common with a gory Lifetime Original movie than it does with anything Romero or Argento made in their heydays. Instead of being an expected horror classic, Two Evil Eyes marked both a career-low for Romero and a harbinger of worse lows for Argento. Fresh off the minor triumphs of Monkey Shines (1988) and Opera (1987), respectively, these two legends delivered a middle-of-the-road Edgar Allan Poe-themed double-feature. Romero tackled “The Facts in the Case of M. Valdemar” and Argento took on “The Black Cat”. The result is a horror anthology film with viscera but little passion, never living up its creator’s solo efforts. 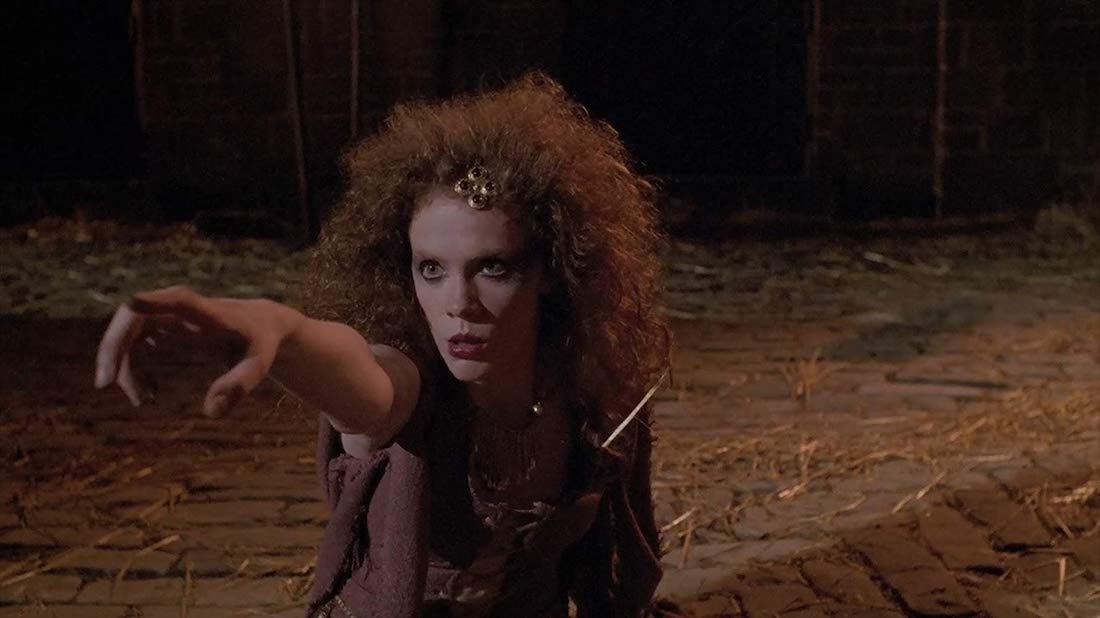 “M. Valdemar” stars Scream Queen Adrienne Barbeau (The Fog) as the wealthy title character’s scheming wife who, along with his physician, is planning to cheat him out of his fortune via hypnosis. The plan goes spookily awry when Valdemar dies while still hypnotized, causing him to become a conduit between the worlds of the living and dead—to the chagrin of the two conspirators who have to contend with some angry ghosts. The story is only tangentially based on Poe’s story, with which it shares a title, turning what was once a story of a man hypnotized at the moment of death to achieve immortality into a hokier, trite story of a greedy spouse. It’s a storyline that feels familiar from dozens of episodes of Tales from the Crypti yet lacks the cleverness of that TV series. While Tales employed such tropes with a nudge and a wink as a homage to classic horror comics, in Romero’s segment it comes off as lazy and literal.

In Argento’s segment, Harvey Keitel stars as Rod Usher (one of many Poe allusions), a thoroughly scummy man who feels little remorse for the murder victims he exploits for profit as a crime scene photographer. His girlfriend Annabel, on the other hand, is a sensitive violin player who can’t seem to understand Rod’s disturbing fascination with the macabre. Naturally, Rod hates his girlfriend’s wholesomeness and gets his revenge by strangling her black cat to death for a photo. Unfortunately for Rod, the cat comes back seemingly unharmed the next day, and so he murders it again—and again, and again. As his violence escalates and ensnares Annabel, neighbours begin to grow suspicious and things, unsurprisingly, start to go south for Rod. 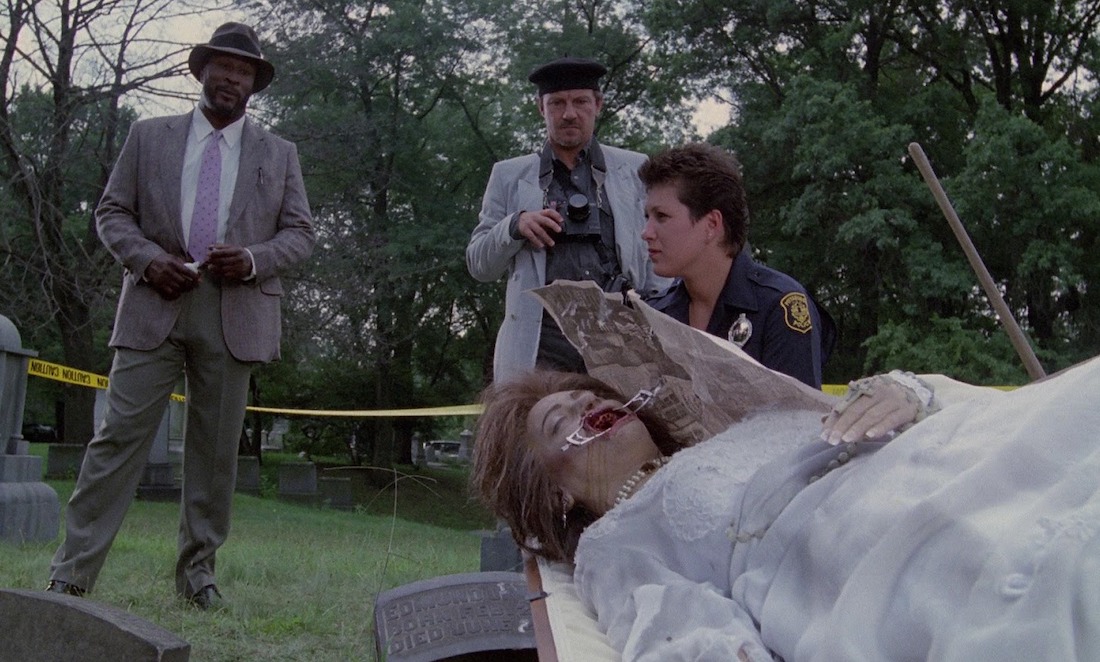 The joy of a horror anthology is that if you don’t like the current segment, you wait and a new one will soon arrive. Most anthology films have at least one redeeming segment that makes them worth seeing. The problem with Two Evil Eyes is that neither segment is particularly good. Argento’s short is certainly more entertaining than Romero’s—chalk that up to him applying his distinctively stylized flair, whereas Romero’s segment just feels anonymous. But neither one comes together. Clocking in at an hour each, there’s a point in each segment when they begin to try one’s patience. Each story is too long to maintain the continuous momentum of a short film, but are too short to offer the depth of a feature film. So they exist in a limbo where it feels like you’re watching two mediocre, longer-than-usual episodes of Tales from the Darkside (which ironically got its own anthology movie spin-off the same year.) 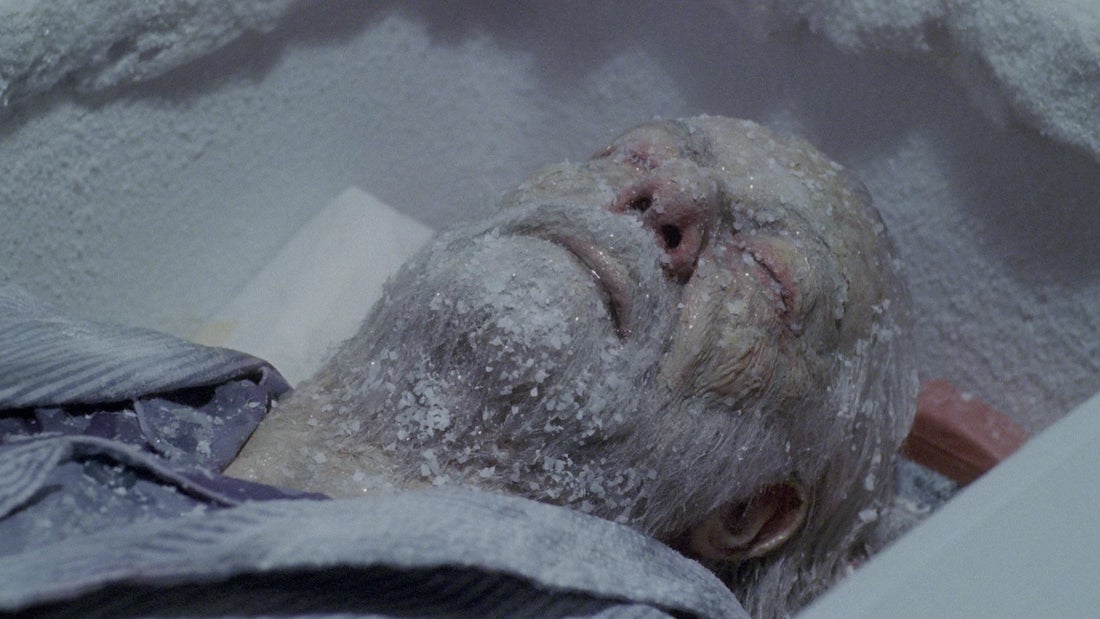 Seeing these two directors fall flat after prolonged success is the same way I felt watching the trailer for Rambo: Last Blood (2019)—like I’m being spoon-fed a mediocre movie living in the shadow of a greater one. The fact they feel like phoned-in, middle-of-the-road horror hurts all the more than if they were ambitious but flawed. The film lacks the creativity and passion that the directors were displaying just two or three years prior, and it really could’ve been made by anyone. The exception to this anonymity is frequent Romero collaborator Tom Savini, who handles the SFX in a way that’s gruesomely recognisable as his work. Argento’s segment, in particular, is rife with nauseating gore during its many murder scenes. It’s a shame the rest of the film never lives up to the boldness of Savini’s make-up.

Two Evil Eyes isn’t the worst film by either filmmaker, however—those dishonours belong to Survival of the Dead (2009) in Romero’s case, and Dracula 3D (2012) for Argento—but it’s the point in both men’s careers when their work went from essential to merely passable. 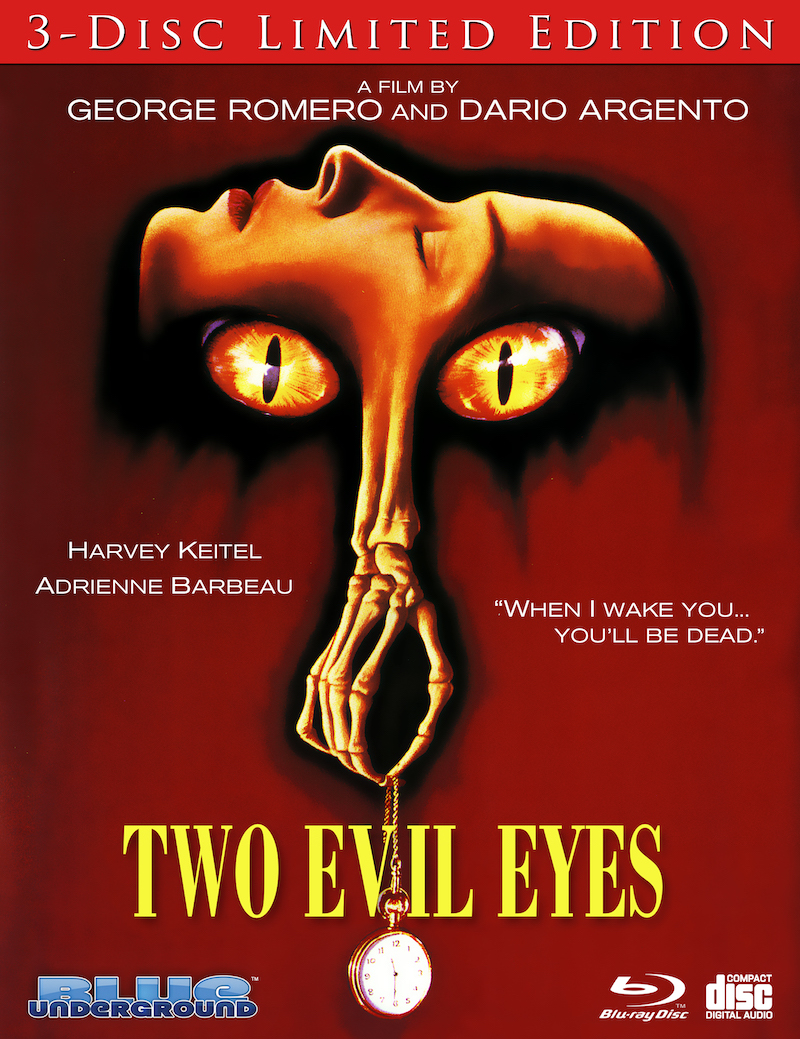