This film made it onto my watchlist when it headlined the Shining Violence Season, showcasing half-a-dozen ‘important’ gialli at the 2013 Melbourne International Film Festival. It was billed there with two of the very best examples of giallo I can think of: Dario Argento’s Deep Red (1975) and Tenebrae (1982). There was also Elio Petri’s psychological thriller with supernatural overtones, A Quiet Place in the Country (1968), Lucio Fulci’s hard-hitting and tragic Don’t Torture A Duckling (1972), and Pupi Avati’s beautifully perverse The House of Laughing Windows (1976). I mean, what a line-up! I couldn’t make it over to Australia, though, and Flavio Mogherini’s The Pyjama Girl Case (1977) remained elusive and impossible to source a copy of viewable quality. My expectations were high, so imagine my dark delight when Arrow Video announced their 2K restoration of the film, from the original camera negative, set for a high-definition Blu-ray release.

Now, imagine my consternation when I realise that it isn’t a giallo after all. Though some might disagree, I think it made it onto that esteemed festival line-up simply because it was shot in Australia. I think the confusion arose because the film’s original title is La Ragazza dal Pigiama Giallo (The Girl with Yellow Pyjamas). Time to step back and reappraise with a different set of expectations. Okay, I concede it may be considered a neo-giallo and certainly shares a couple of the genre’s sentiments, but it’s much more of a gritty 1970s police procedural. 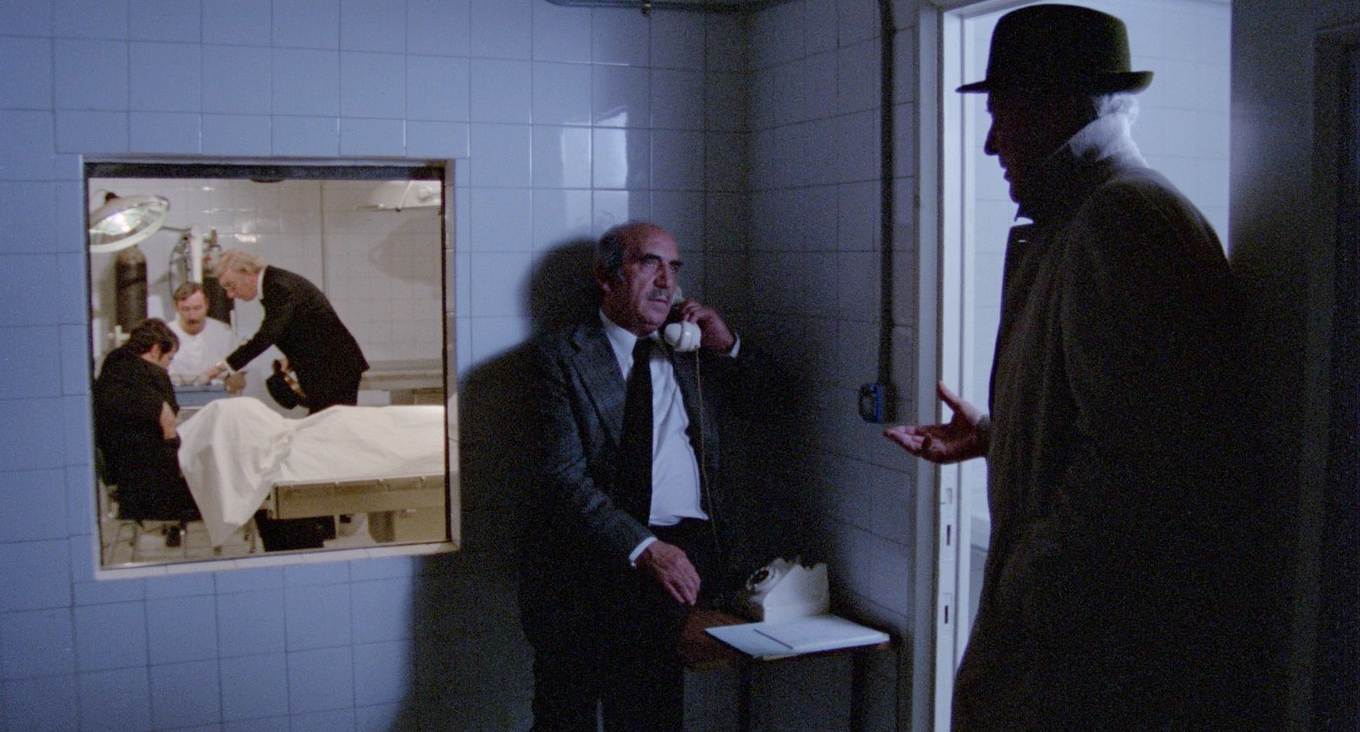 The main barrier is its dark source material which, atypically for a giallo, is a real murder case. It’s hard to find fun in the reality of a young girl being brutally murdered, and because it’s based on a real case the story is restrained by pedestrian believability. It lacks the cleverer plotting one expects from the genre. Part of the fun in a giallo is deciphering the often audacious puzzle-plot. That said, Mogherini makes up for this, in part, with an unusual narrative structure combining parallel plots and flashbacks. It’s a bit like he wrote the script and then made origami out of it. Now, when that all unfolds and things fall into place, it’s a real revelation. Problem is, though, that up until then, it’s all a bit baffling. He also employed an oft-used giallo twist by killing off one of the main characters unexpectedly early, which does keep viewers on their toes.

It’s also a challenge to find any of the characters at all likeable! Ray Milland does his best, with a limited script, to bring some warmth and humanity to his leading role of retired Inspector Timson, but he often comes over as bored rather than world-weary—which I think he’s going for. His delivery’s flat rather than deadpan. But perhaps this does express the detective’s state of mind. It seems he, like most of the main characters, is caught in a downward spiral toward suicidal tendencies. 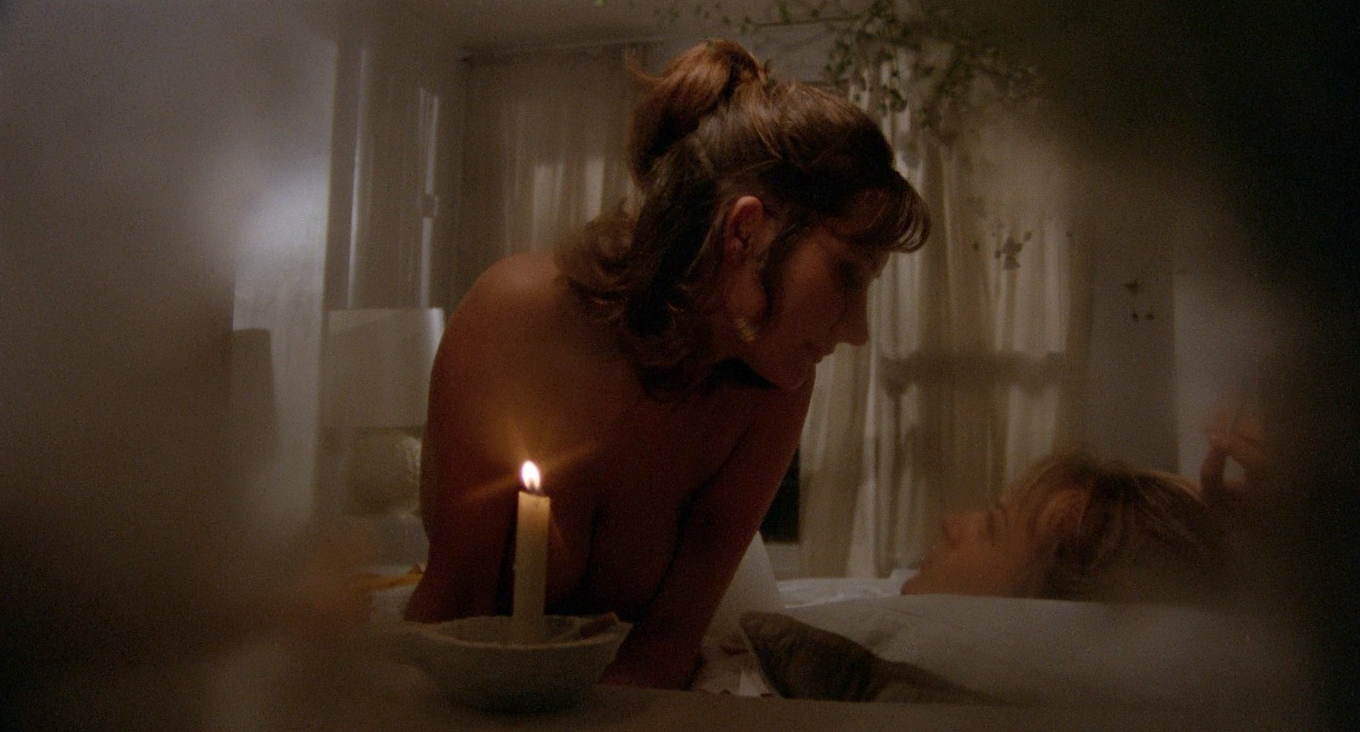 It’s a late-career appearance for Milland, who began acting in the 1920s and turned in some truly great performances—my favourites being Billy Wilder’s The Lost Weekend (1945), Alfred Hitchcock’s Dial M for Murder (1954) and Roger Corman’s X: The Man with the X-Ray Eyes (1963). Here he’s introduced tending his flower collection and is later seen presenting a pristine bloom to a young girl who lives next door—a moment that hints at some sort of grandfatherly relationship. But it’s not developed any further and is simply part of the ‘delicate-flowers-bloom-only-to-wither’ metaphor.

Throughout, there’s a subtext of innocence lost, highlighted during the opening credits as a little girl skips along the beach in earnest conversation with her doll. As part of an impromptu game of hide and seek, she heads for the only available hiding place on the long stretch of sand, a pile of abandoned car wrecks. As she crouches out of sight, a bloodied hand falls from inside the car’s carcass and seems to grasp for her doll, like a desperate effort to reclaim long-lost childhood. This provides the only jump scare of the film as we are treated to a gruesome close-up of a corpse’s incinerated features before the little girl’s unblemished face fills the frame as she screams. 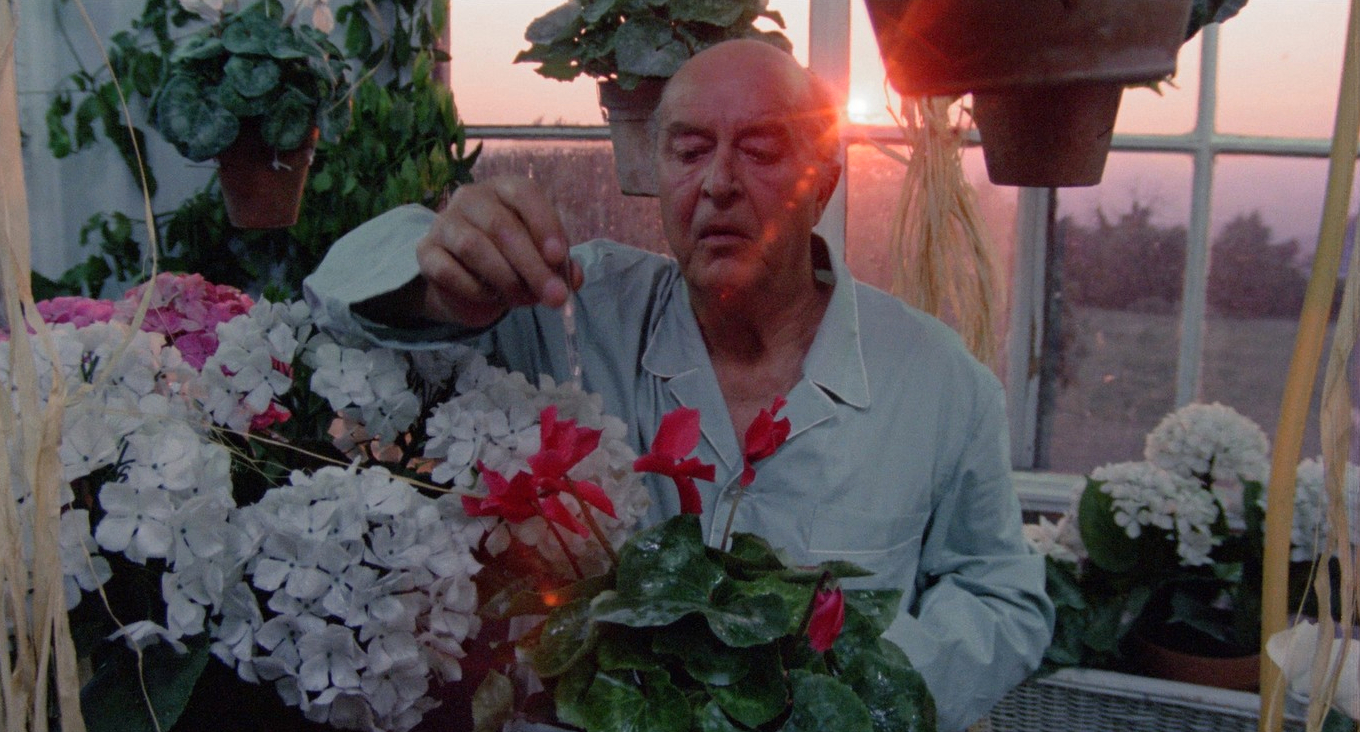 The body turns out to be that of a young woman, her corpse stuffed into a sack and her head burnt beyond recognition. The symbolism of the opening sequence is painfully clear. She’s been treated in much the same way as those unwanted, scrapped cars, used until no longer able to serve their purpose and then unceremoniously abandoned as worthless junk. But who is this victim? Not only has she been stripped of her face, any identifying articles have been removed and she wears only unremarkable yellow pyjamas. She was once a sweet young girl, just like her discoverer, what has led her to this horrible fate?

The case is shocking and baffling enough that the Sydney police call Inspector Timson out of retirement, in a purely advisory capacity. They emphasise that he will not be on the payroll. As he begins to follow the trail of clues, starting with a few grains of rice found in the sackcloth wrapped around the body, we also follow the disjointed narrative threads of three immigrants trying to build their lives in Sydney. 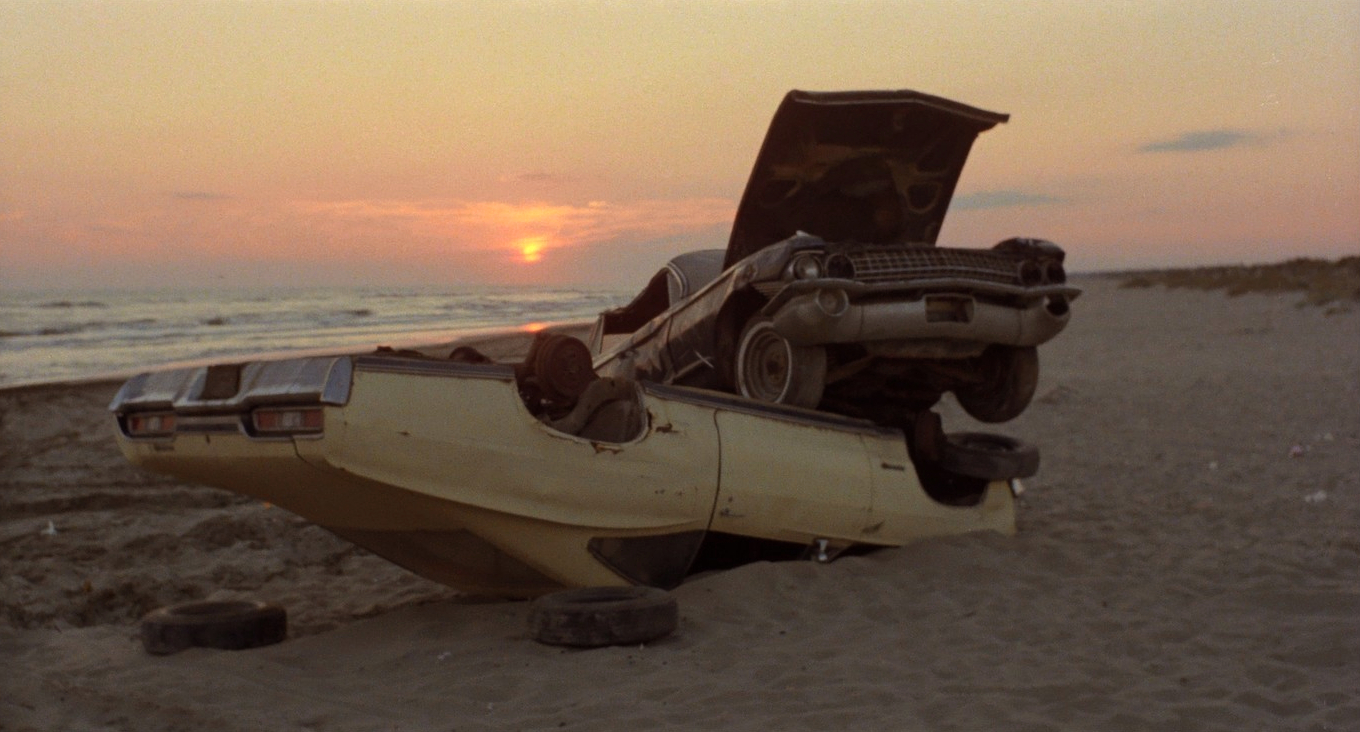 Dalila Di Lazzaro is excellent in the lead role as Linda, a young Dutch immigrant. She plays a difficult part with depth and empathy—of all the cast, she’s the only one that I found convincing and emotive. Linda is involved in a sordid love triangle with two other immigrants: the Italian, Antonio (Michele Placido); the German, Roy (Howard Ross); and a rich older man, Professor Douglas (Mel Ferrer). Geometrically speaking that would be a love square, wouldn’t it? We’re spectators to their messy human drama as we witness the immigrants becoming more desperate and less happy and the professor retreats into his increasingly detached and distant ivory tower. It seems that Linda is unlucky in love and all three men are clearly self-absorbed and only want the one thing from her.

Part-way through, as Timson doggedly follows a trail of clues missed or dismissed by the detectives on the case, the police become so frustrated with the lack of progress they decide to employ some unorthodox methods. In an attempt to identify the deceased girl, and at the same time draw out her killer, they decide to preserve her naked corpse with formaldehyde and put it on public display at City Hall in a big glass ‘fish-tank’. The idea is people will come to look, for many different reasons, but someone may recognise her or remember a useful detail. Also, as killers are reputed to revisit their crimes, they hope that the CCTV set-up may capture an incongruous response that gives them away as they come to gloat or further enjoy. (It’s been suggested the killer might be a ‘maniac’, ticking one of the giallo tropes!) Weird as this may seem, this is one historical detail lifted directly from the real-life, or rather real-death, case… 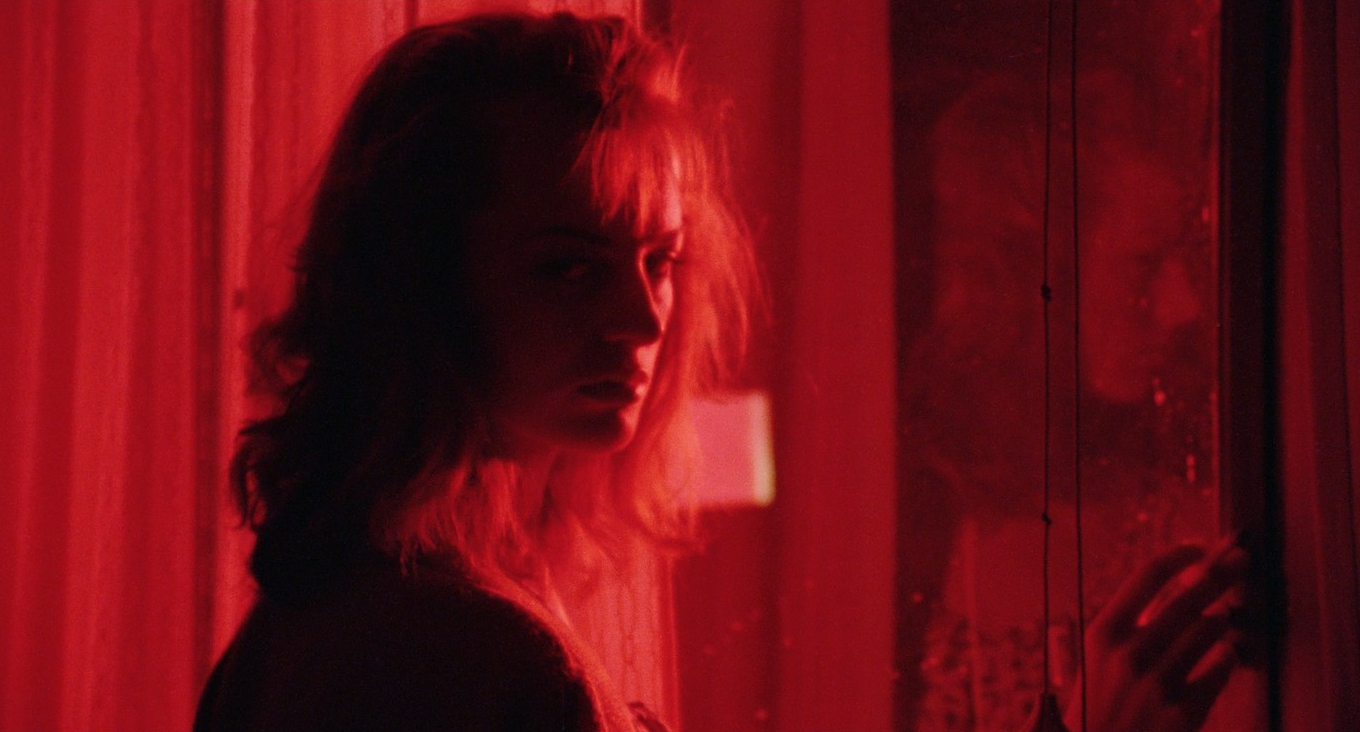 The ‘Pyjama Girl Murder’ was headline news in Australia for more than a decade, and perhaps my bafflement at the way the film tells the story is a result of cultural dislocation. The real scenario that inspired the film was the discovery of a dead girl in a storm drain in the city of Albury, near Melbourne, in 1934. Her identity remained a mystery for the next 10 years because, just like the body in the film, she’d been shot, bludgeoned, and her face destroyed through burning. The police preserved the body in formalin and did put it on public display in a last-ditch attempt to identify the victim.

The names of two missing migrant women of the right build and age, small and in their twenties, came up as potentials. They were Anna Morgan and Linda Agostini, though police were not satisfied either was a good enough match. A little later, though, Tony Agostini (an Italian immigrant and Linda’s husband) confessed to “accidentally” shooting his wife. He was acquitted of murder but found guilty of manslaughter and served six years in jail before being deported back to Italy. The case was never considered solved, and much like Britain’s Jack the Ripper case, journalists and amateur sleuths continue to be fascinated. Agostini’s confession was viewed dubiously, and the body on display was not a perfect match for Linda and was probably someone else. 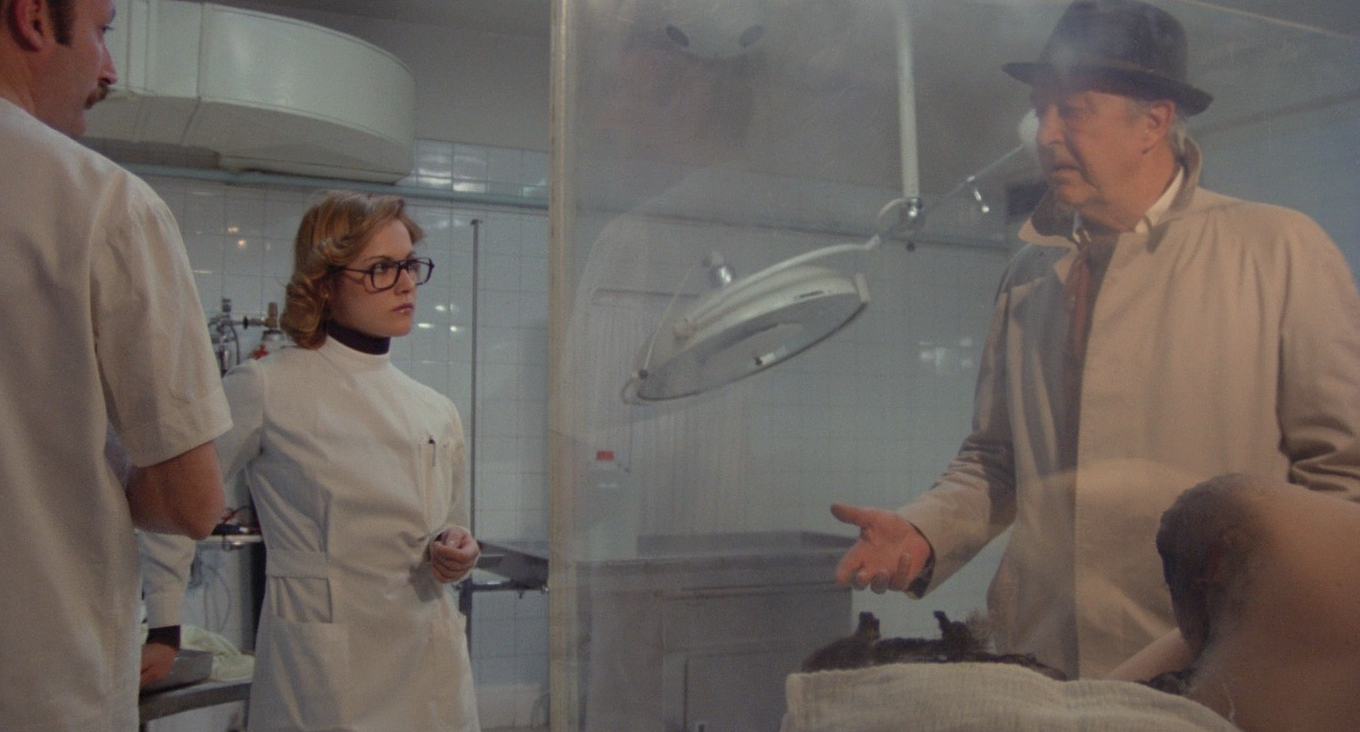 The weird ingredients of this true-crime murder obviously attracted Flavio Mogherini, not least the eroticism of death, inherent in displaying the nude corpse of a young woman. This is another giallo trope that can be ticked off the list, as often the murder scenes are typically fetishised. Though when they’re stripped of their fantasy and instead represent a real person and their sad death, the entertainment value’s greatly diminished!

To quote a leading proponent of ‘genuine’ gialli, Dario Argento, “I tell stories like they are dreams. This is my imagination. For me, it would be impossible to do a film that is so precise, that resembles real life.” The Pyjama Girl Case almost admonishes us for approaching it as a giallo, as if trying to make the viewer feel guilty for seeking entertainment in the misfortunes of others. There’s certainly no fun in degradation, exploitation, abuse, and murder, and I found the film suitably lacking in any redeeming characteristics. It dwells wholly on the more unpleasant aspects of human nature and does so with an unflinching eye akin to the cinema of transgression. 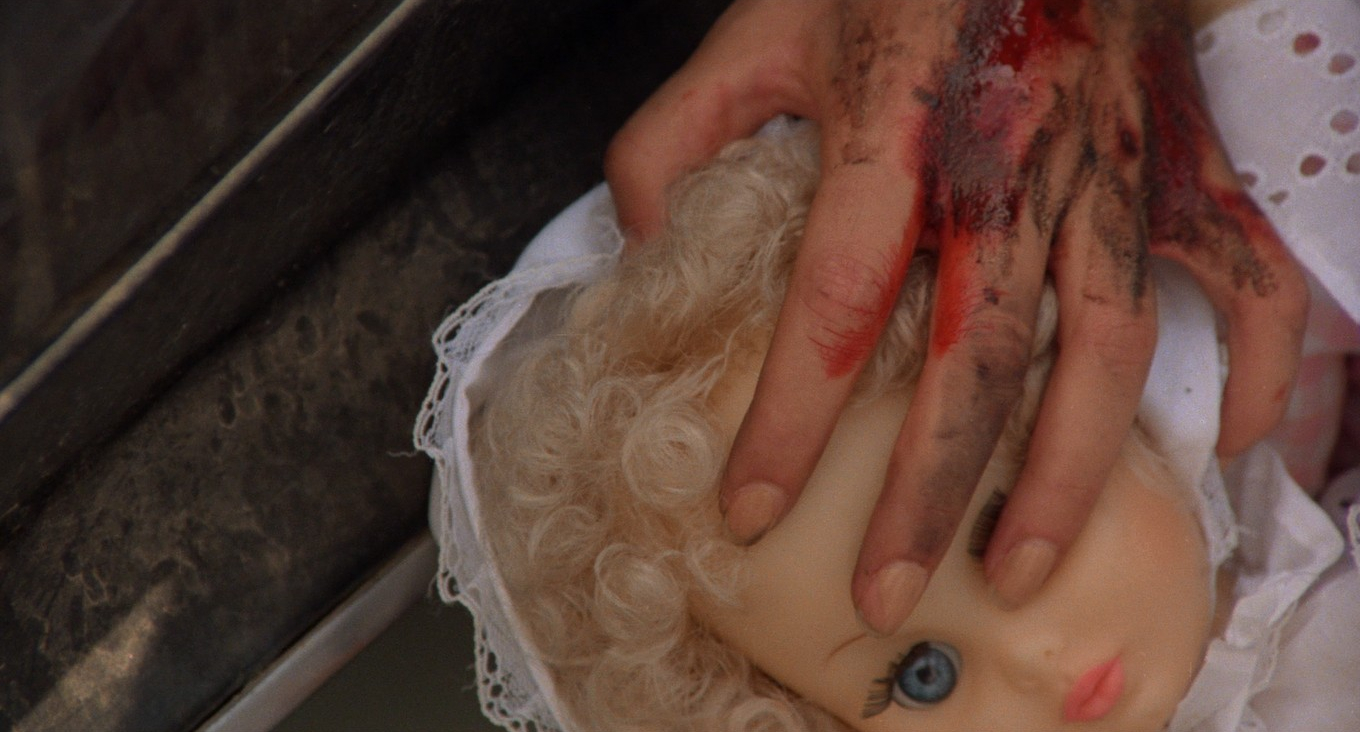 Mogherini updates the story from the 1930s into a contemporary tale that’s making a serious point about the dispossessed immigrant community, in ‘70s Australia in this case, but remains just as relevant in many more places today. An entire social stratum is forced to live on the fringes, outside the law and without its protection, and when marginalised nationalities become outsiders and are ghettoised, bad things are bound to happen. They become vulnerable in many ways: exploitation in the workplace, gang mentality and crime, coercion, prostitution, scapegoating… If you’re a young attractive girl on the run from an abusive relationship and desperately need extra cash to make good your escape—there aren’t many options available. Even fewer legal ones.

The Pyjama Girl Case is a difficult film to watch. That’s not saying it isn’t well put together. The dual narrative strands and surprise denouement offer tenacious viewers some reward. There’s plenty to get your teeth into if you want to sit back and intellectually analyse this film. For example, the excellent soundtrack features two songs written for the film by Amanda Lear (a protégé of Salvador Dali and friend of David Bowie), who’s gone to great lengths to keep her true identity a mystery. There are many conflicting rumours about her origin, age and even gender, despite a spread for Playboy magazine! Also, the film makes prominent use of body-doubles for the nude scenes, playing with the audience’s ability to accurately compare and recognise the body in the glass tank and referencing the real case, when one body may well have been identified as another.

It was made when the giallo formula was becoming tired and is certainly worth a watch for anyone interested in the development of Italian pulp cinema. I’m glad I waited for this excellent restoration from Arrow, who’ve respected it as a classic and include an impressive array of extras on this Blu-ray collectors’ edition. It may not be much fun, but it remains an intriguing movie and can only be fully appreciated with a second viewing… if one can be bothered. 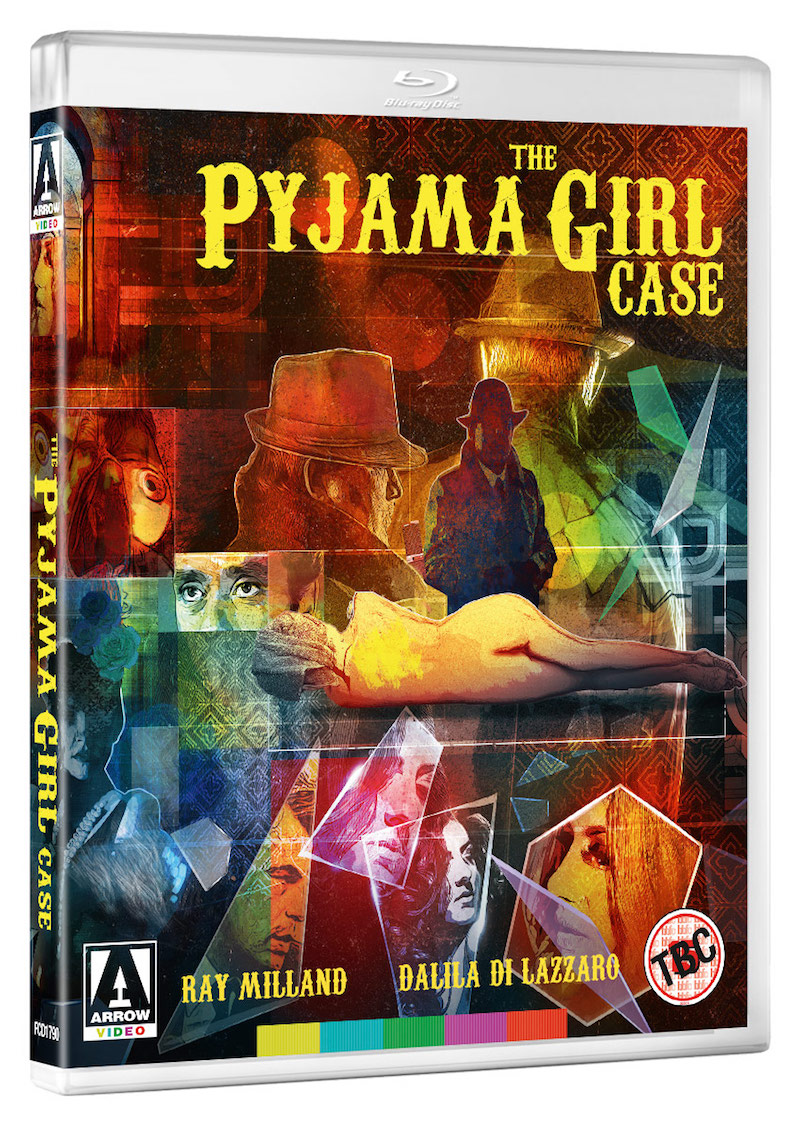 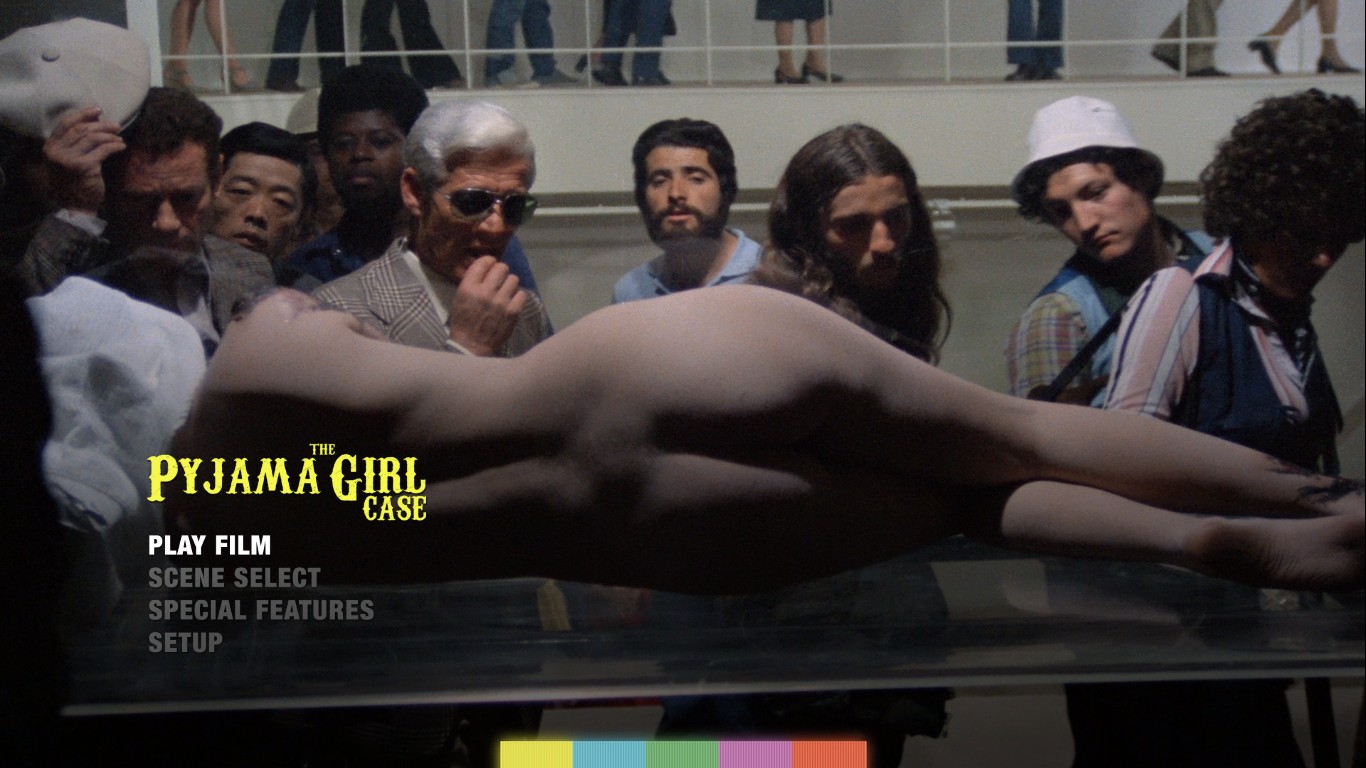