The Fog is a perennial favourite of the Halloween season—worth a re-watch with the lights low and a bowl of popcorn, especially if you have rented a holiday cottage by the sea. It’s a classic maritime ghost story. John Carpenter originally intended to make the film as a PG certificate, but to placate the 1980s audience appetite for more gore it ended up with an R rating (18 in the UK). These days the BBFC have certified it a 15, and this lovingly restored new 4K version shows that its special effects and setting can still offer nostalgic chills and (essentially) Scooby Doo-style thrills.

Whilst in England to promote his film Assault on Precinct 13 (1976) John Carpenter visited Stonehenge one winter’s afternoon and was impressed by a spooky fog that hung at a distance around the monument. This, coupled with tales of real shipwrecks off the California coast, inspired him and his co-writer Debra Hill to write The Fog.

Real locations were used for the exteriors—Point Reyes lighthouse, Inverness (California not Scotland), and the Episcopal Church of the Ascension Sierra Madre. Carpenter wrote the lead role for his wife Adrienne Barbeau. She plays Stevie Wayne, owner-DJ of radio KAB who, from her vantage point at the lighthouse, can watch an eerie glowing fog as it moves across the sea. Supernaturally travelling against the wind, it glides ominously towards the town. She broadcasts a chilling warning to the citizens “There’s something in the Fog!”.

Janet Leigh, famous as the shower victim in Hitchcock’s Psycho (1960), and her daughter Jamie Lee Curtis, play other strong female roles. Jamie Lee Curtis had already worked with Carpenter on Halloween (1978), and of course is also the star of this year’s new Halloween sequel. Here she plays Elizabeth Solley (incidentally, the name of one of John Carpenter’s old girlfriends) a classic drifter from out of town, a hitchhiker who hitches-up with acerbic hero Nick Castle (Tom Atkins) to investigate the weird happenings and the strange disappearance at sea of his friend’s ship, the Seagrass. Refreshingly, their love scene does not lead to a slash-gore scene—it is the apparently respectable citizens of Antonio Bay that are being targeted by a host of vengeful ghosts. The couple drives around in their pick-up truck and rescue those they can, but in turn, are inexorably driven by the fog towards the church.

The small town of Antonio Bay prepares for its centenary celebrations while a series of eerie poltergeist activities—and the spooky fog—began to manifest. The local priest Father Malone (Hal Holbrook) is shocked when a brick catapults from the wall of his study at the church to reveal a secret cache: the diary of his grandfather. This confesses a terrible crime. Between midnight and 1:00 AM, exactly 100 years ago, the town’s six leaders hatched a plan to wreck and plunder the Leper’s ship the Elizabeth Dane… and it seems the ghosts have returned to celebrate the centenary with a vengeance—quite literally.

Rob Bottin worked on the special effects for Blake, the ghost captain, and his ghostly leper crew. He played Blake himself—at six foot five he was impressive enough for the part! Bottin went on to work Carpenter on his brilliant remake of The Thing (1982). Tommy Wallace, who plays sailor George ‘Buck’ Flower, also worked on editing and production design, and played the ghost leper hands! The glowing cross of plundered gold (nicknamed the atomic cross) returned to the lepers during the showdown between Blake and Father Malone at the church is effective… and the luminous fog itself, combined with loud sudden sound effects, help add to the chills. This, plus Carpenter’s decision to shoot in Panavision, ensures its quality—and it is now hailed as a ‘minor horror classic’ as Carpenter says in his commentary for the film. It certainly seems to have influenced many films and TV series that followed. Michael Mann’s The Keep (1983) and, of course, some elements of Joss Whedon’s Buffy the Vampire Slayer (1992) spring to mind.

At just over $1M, it was a low budget film. In her contribution to the commentary, Debra Hill (now sadly deceased) relates how many of the household props belonged to her, including a photo of her as a child on a mantelpiece, and that she was the stand-in for Adriene Barbeau’s hands and feet during the end Lighthouse rooftop scene! John Carpenter played the church janitor in the opening scenes. As usual, he also composed the atmospheric soundtrack—and the jazz played on the late-night radio station was used because it was cheaper than rock music, but it also suited the mood effectively. Carpenter relates how minimal lighting was employed for many of the night-time shots to great effect. All this kept the costs down, even when additional scenes – such as the ‘Ghost Story’ prologue and more gore—were added later. On release it was an immediate commercial success, making $21.3M.

Throughout, it draws upon the classic ghost story tradition. An opening quote from Edgar Allen Poe—“Is all that we see or seem But a dream within a dream?”—was added by Debra Hill. The ghostly voice of Blake refers to ‘an albatross around your neck’—from The Tale of the Ancient Mariner by Samuel Coleridge. Previous movies also have their influence, particularly The Trollenberg Terror (1958) about monsters hiding in radioactive clouds. Adrien Barbeau’s character also seems a nod to Clint Eastwood’s stalked DJ character in Play Misty for Me (1971) based at Carmel by the sea, California. The town coroner is called Dr Phibes in homage to Vincent Price’s character in classic films The Abominable Dr Phibes (1971) and Dr Phibes Rises Again (1972). Some locations were also used in Hitchcock’s classic The Birds (1963), and the final warning from Adriene Barbeau “Look out for the fog” references the quote at the end of The Thing From Another World (1951): “Watch the skies.”

The Fog is a traditional ghost story, and although it may not have the political subtext of other Carpenter films, such as They Live (1988), it’s still subversive that members of the establishment are the ones being stalked and punished for their ancestors’ shameful crimes. The ghost ship’s Captain Blake is a sympathetic villain and can almost be read as a gothic antihero—perhaps not so outright evil, nor so full of laughs, as Geoffrey Rush’s Captain Barbossa in Pirates of the Caribbean (2003).

This 4K version, restored by Studio Canal, is being shown at Cinemas over the Halloween holiday and is released along with three other restored Carpenter classics: Escape from New York (1981), Prince of Darkness (1987) and the excellent They Live (1988), now available as a special 4-disc Collector’s Edition. 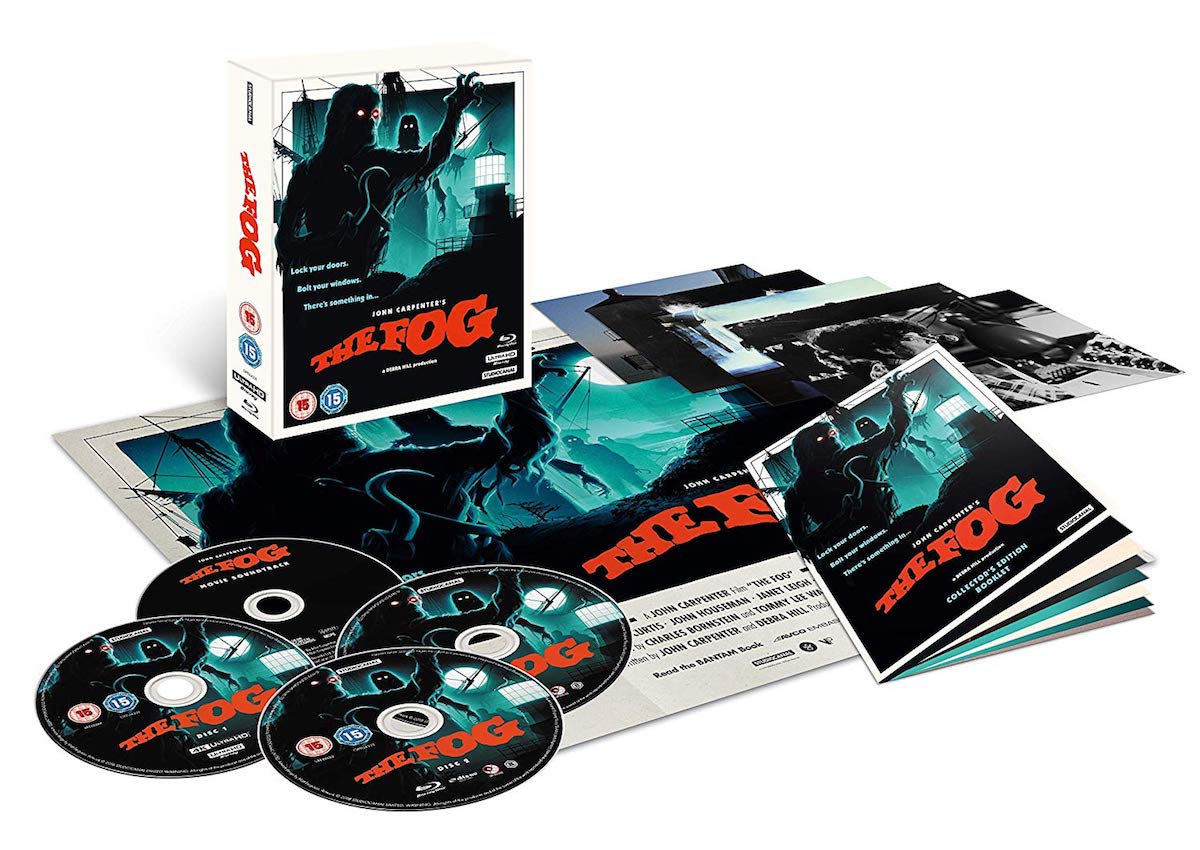 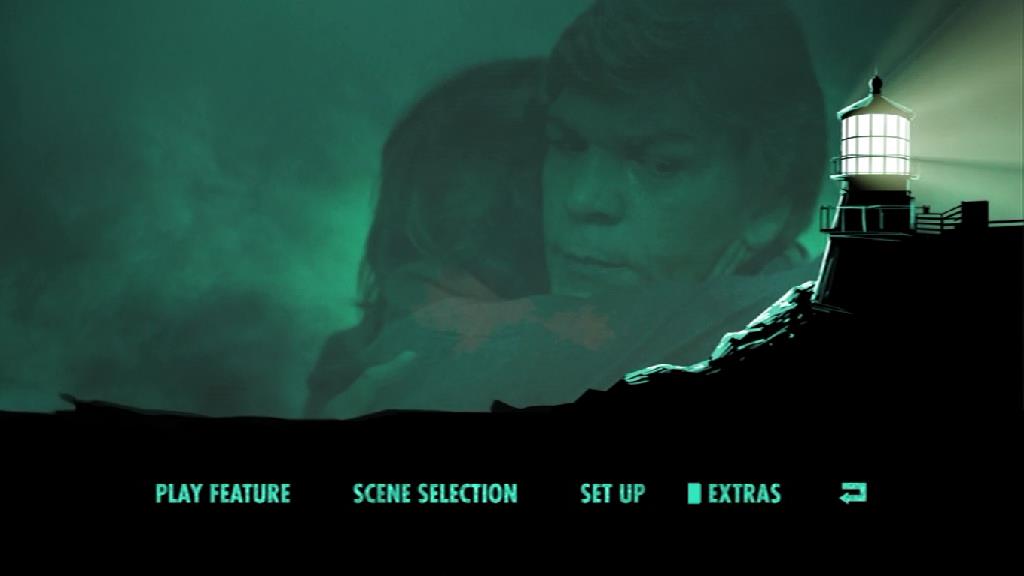