As the latest in a line of Walt Disney remakes and ‘reimaginings’, it was expected The Lion King to be similar in approach to The Jungle Book(2016) and Beauty and the Beast (2017). The plot would unfold the same way but with extra scenes and details to flesh out under-utilised characters or moments. And since Jon Favreau directed both the latest Jungle Book as well this Lion King, maybe there would also be an added layer of significance to the African setting and a deeper message about man’s relationship to nature.

In the end, I was wrong. The Lion King is an almost beat-by-beat remake of the 1994 classic. Scenes are even structured the same way. There are some changes, such as additional scenes that give Nala (Beyoncé Knowles-Carter) a bigger role, as well as a couple of extra moments with newly-created side characters, but none are significant enough to stir fresh excitement into the storytelling. 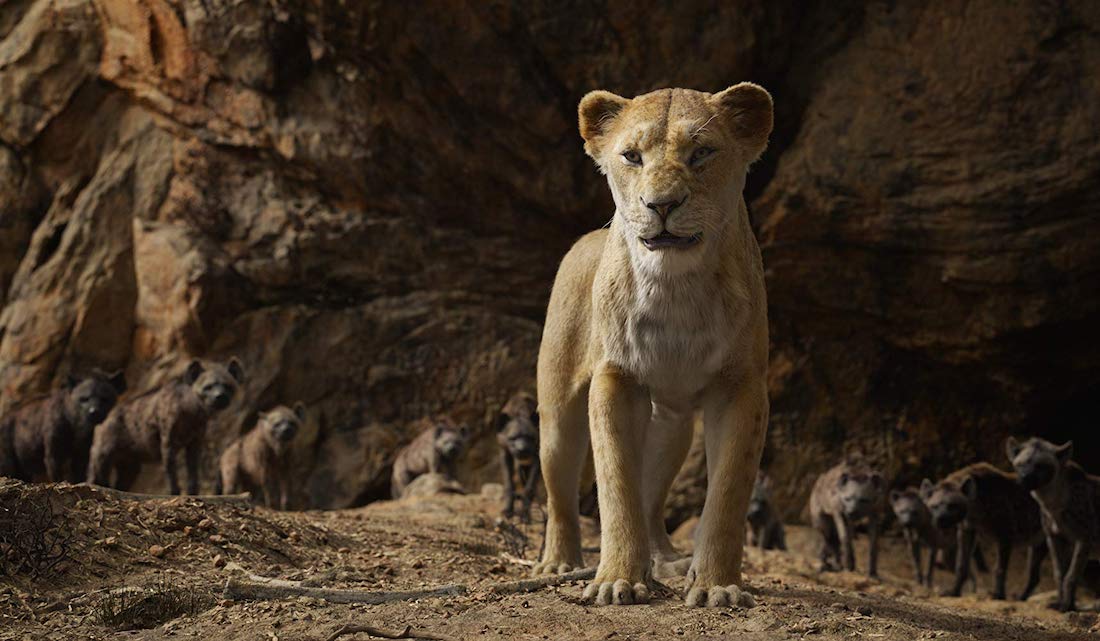 This is due to a few factors, the most obvious of which is the choice of how this version has been made. The filmmakers repeatedly highlight the technology used to create photorealistic animation that lends a wildlife documentary-style effect to everything. All of the animals look so real one expects to hear Sir David Attenborough narrating. This film would be very useful as an educational tool for children, helping get them more interested in nature. Cinematography students could also learn a lot, as the production used a combination of virtual reality and traditional techniques to achieve the end result.

However, the downside of this photoreal technique is that it becomes visibly strange whenever the animals speak, sing, or emote. The origin of anthropomorphising animals in cartoons is to help audiences feel closer to non-human characters. In reality, a commitment to total realism means the lions don’t even cry tears… so, during the sad moments, emotion has to be conveyed through body language (movements of the ears, body, and tail). And when its animals sing and speak, they must do so without breaking the fragile illusion of reality. That’s a tough line to walk, and audiences may struggle to understand the emotions of these animals when common indicators aren’t there. 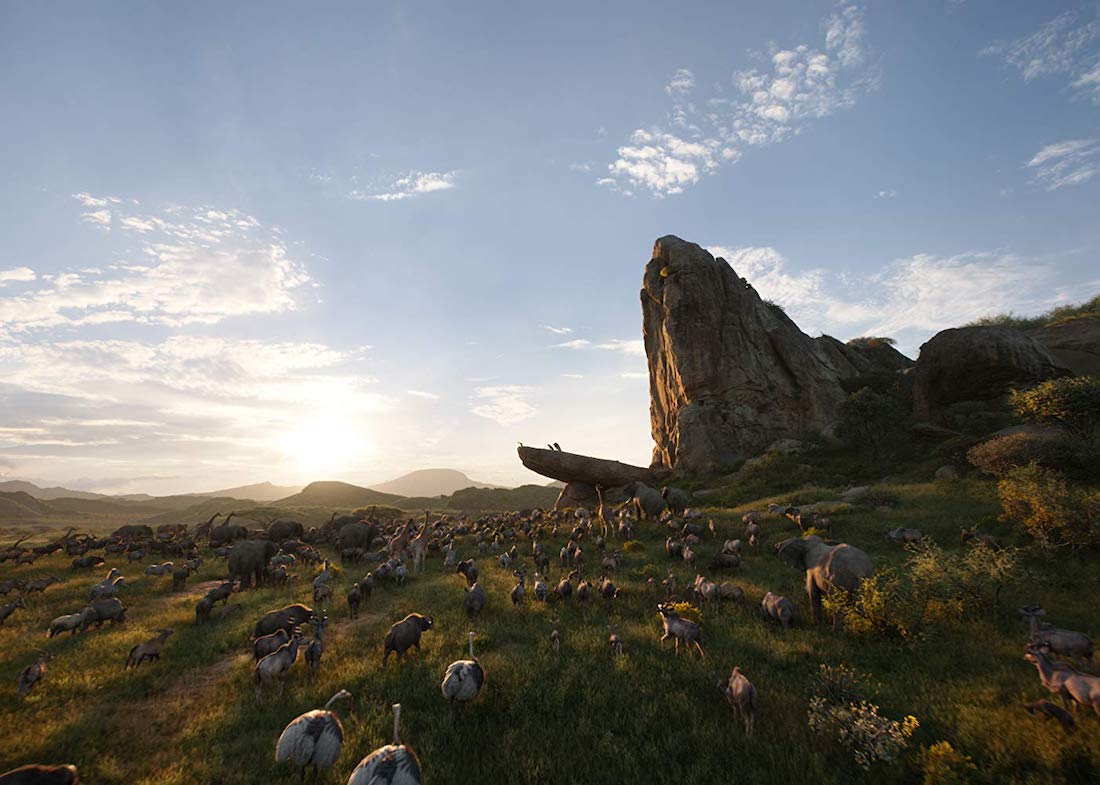 Lucky for The Lion King, most of the cast does a wonderful job expressing emotion through their voices, making it seem almost natural to hear a meerkat and warthog bantering. Billy Eichner and Seth Rogen make a great double-act as Timon and Pumbaa, respectively, and I dare say they surpass the original duo of Nathan Lane and Ernie Sabella. Eichner’s soaring singing voice helps cover Rogen’s weaker ability in that area, too, while the latter’s genial and sincere portrayal of Pumbaa helps tone down Eichner’s jittery energy. Another actor who does a magnificent job in their role is Chiwetel Ejiofor, who steals the show as Uncle Scar. His voice is stunningly controlled and projected for maximum skin-crawling evilness.

Most of us know how lions sound because we’ve heard lions roar. Since lions have a deep roar, we naturally expect their “voices” to sound like the smooth baritone of James Earl Jones. And while that’s good news for Jones, who gets the opportunity to reprise a role he originated 25 years ago as Mufasa, it has mixed effects on the rest of his character’s pride. Ejiofor, like Alfre Woodward (as Sarabi), has a similar low tone, which matches the characters they’re voicing… but the two leads, Donald Glover (as Simba) and Beyoncé, simply don’t. While this echoes the original film (Matthew Broderick’s Simba didn’t have a strong baritone either), it sticks out here like a sore thumb. Glover is less problematic as he has a measured singing voice, but Beyoncé’s vocals are too strong to blend into the animation, making it very distracting whenever her Texas accent comes through. When both are performing the classic love ballad “Can You Feel The Love Tonight”, Beyoncé overpowers the whole scene, making it a display of her vocal talent instead of a sweet scene between two old friends. 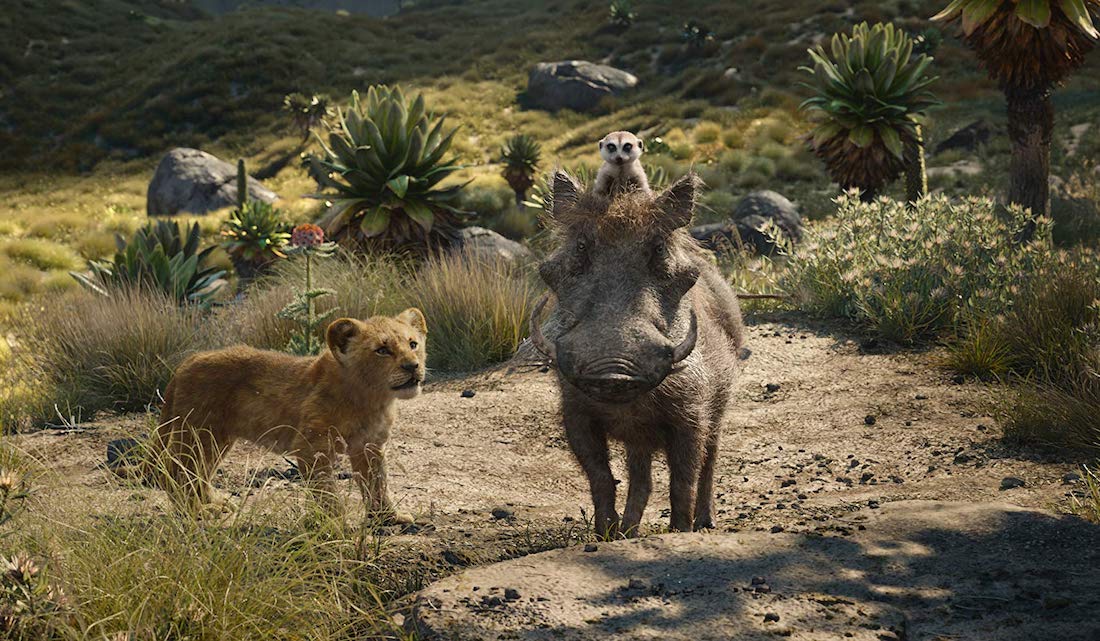 In fact, if you want to know the general direction that The Lion King is heading, one only has to listen to the soundtrack: the level of nostalgia present is worthy of a cinema sing-a-along. There’s barely anything new here, including how the old songs are being arranged. It relies so much on nostalgia that the new material feels out of place! Compare the official soundtrack with Beyoncé’s Lion King: The Gift album; the latter is what would happen if we’d updated the film to 2019, instead of sticking to the exact same Disney music formula. Is one better than the ’94 soundtrack? It’s hard to tell because both would have to contend with this photorealistic animated film.

In the end, The Lion King is an odd beast. If you loved the original, you’ll find this version lacks the same charm; but on the other hand, if you’ve never seen the ’94 version, you probably won’t find this film captivating enough because the story isn’t very original. It’s more like sitting through a VFX showreel from Moving Picture Company. 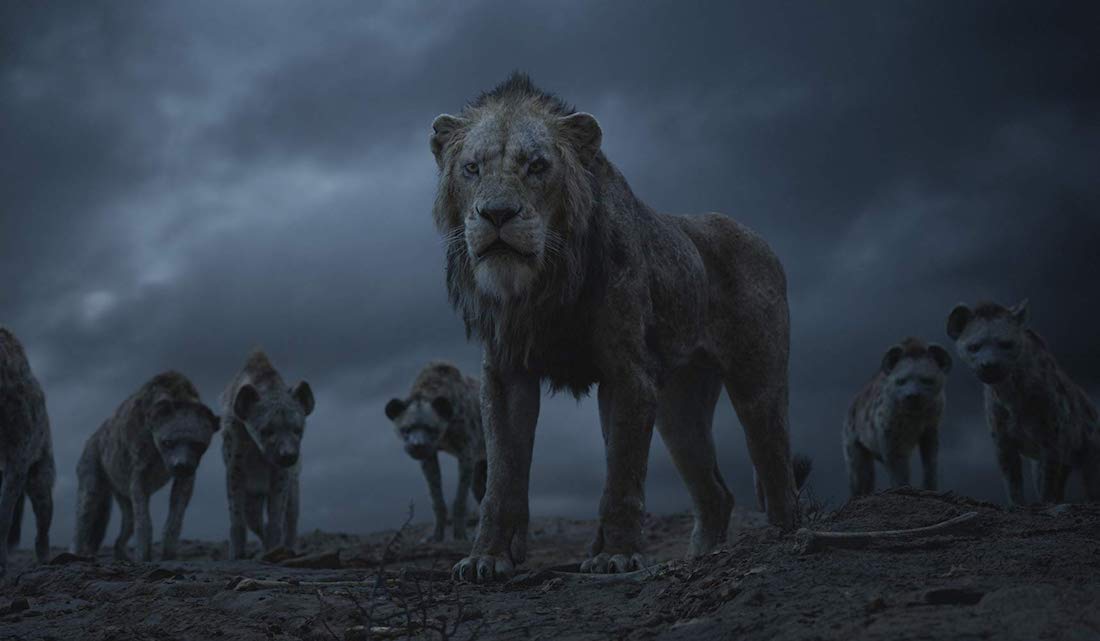 One has to consider: why was this film made? Sure, Disney wanted to make more money off a beloved property, but if the goal was to introduce a new generation of kids to The Lion King, this is certainly more intriguing than the original. After watching this new take, I did find myself wanting to learn more about the animals that live on the African savanna.

While the film is bolstered by strong vocals and a keen sense of nostalgia, it ultimately fails to stand out against Disney’s previous reimaginings. As a piece of blockbuster summer entertainment, it’s just not that exciting and feels strangely dated. The musical version is more compelling because it incorporates interactive puppets and creatures onto the stage, right in front of you, which provides a visual interest that turns the familiar into something new. 2019’s The Lion King will be remembered as just another vehicle for cutting-edge VFX. 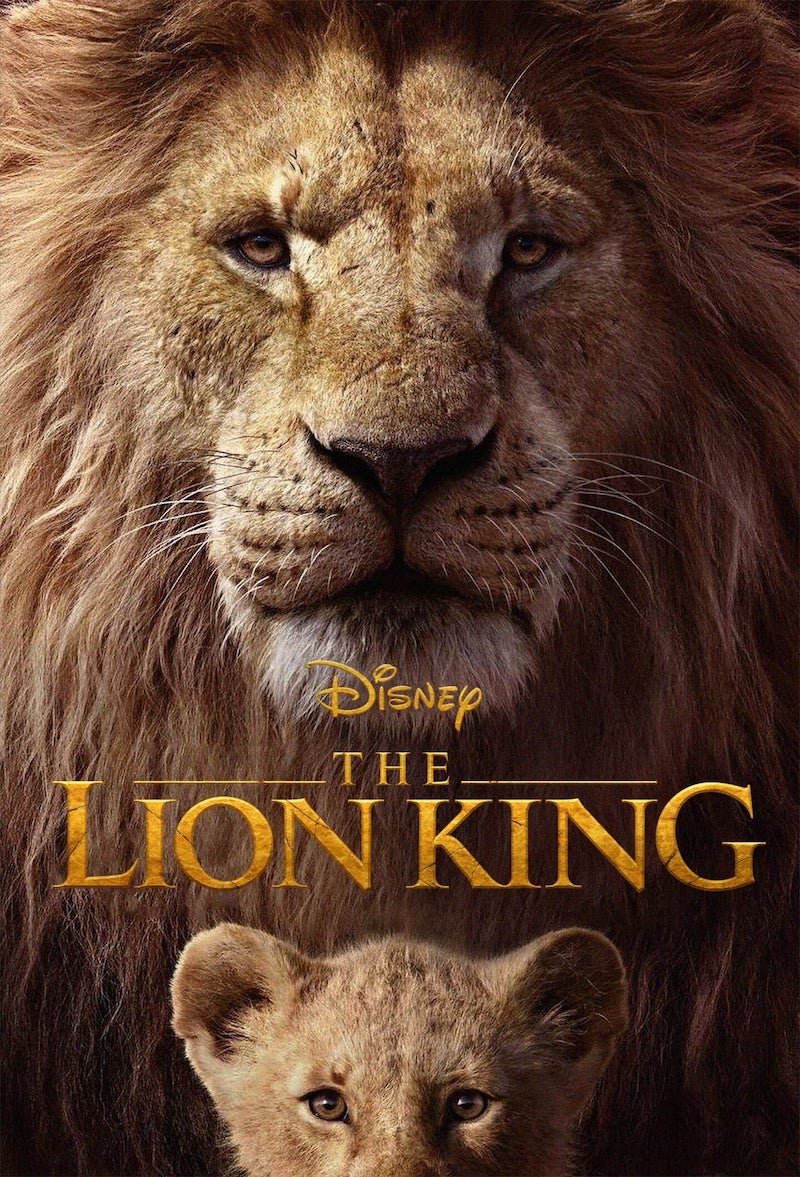