With his family away on vacation, a respectable psychology professor succumbs to the siren call of adventure, with deadly results.

Professor Richard Wanley (Edward G. Robinson) is a respected authority in the field of criminal psychology, whom we first see teaching his students that there’s a big difference between a man who kills in self-defence and a man who kills for gain. He then packs his family off on holiday and retires to his club, outside of which he’s caught off-guard by a mesmerising portrait of a beautiful woman. Inside, he jokes about the woman with his two best friends, the District Attorney and a medical doctor, who’ve also been bewitched by the painting. They tease him, asking what he is going to do with his “summer bachelorhood” and he speaks of his regret at growing old and listless. His friends warn him to ignore “the siren call of adventure”, but when he leaves the club that night he stares at the painting one more time, and something magical seems to happen…

The image of the woman doubles, one a reflection on the glass. When he turns, the woman is standing next to him, also staring at the painting, claiming she likes to come and watch the reaction it provokes in men. Flabbergasted, Wanley ignores his friends’ advice and accepts her offer of a single drink. Over the drink, he gets to learn her name, Alice, and she invites him back to hers to see some further sketches the artist did of her. Against his better judgement, he accepts and they enjoy a congenial drink at her apartment. But this platonic peace is broken when a suitor of Alice’s bursts in and tries to kill Wanley in a jealous rage. Being throttled to death, Wanley has no choice but to accept the scissors Alice places in his hands and stab the man to death. Now faced with a potential murder charge, and a certain scandal that could destroy his career, he and Alice conspire to dispose of the body. 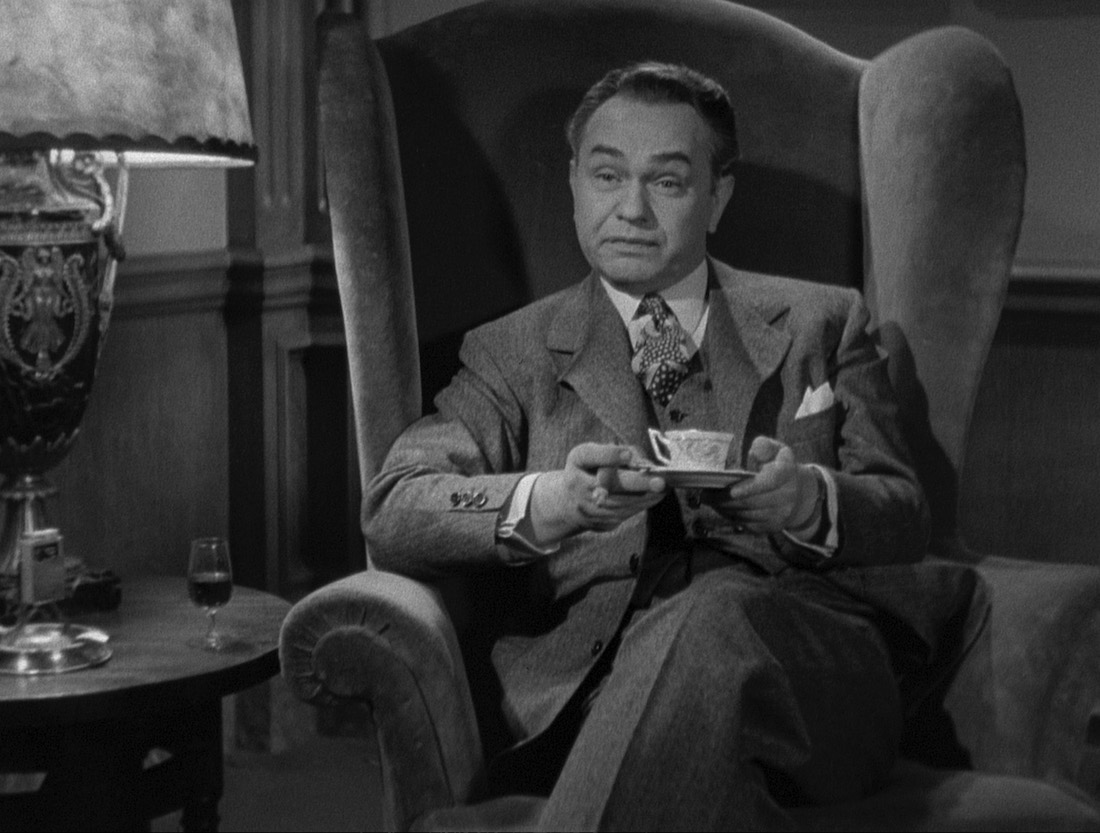 The Woman in the Window is one of the original five films first labelled as film noir, and it’s clear to see why it’s one of the subtexts of the genre even though it’s distinct from the other four. Unlike in The Maltese Falcon (1941), Laura (1944), or Murder, My Sweet (1944) the main character isn’t a detective and, unlike in Double Indemnity (1944), he’s not seduced into a criminal scheme by a femme fatale. Instead, The Woman in the Window is a film about fate; about how one bad decision inexorably leads to another, which leads to another, which leads to another, each one worse and constantly snowballing. An innocent drink with a woman who’s not your wife leads to murder in self-defence… murder in self-defence leads to hiding a body… and hiding a body soon makes another murder necessary. This is a distinct strand of noir and it started with this movie.

The great noirs bring us along on the same emotional journey as the protagonist; seducing us into agreeing with their actions, making us complicit, and leading us to hope that they’ll get away with their crimes, even when we know they won’t. The Woman in the Window succeeds on this score, with Wanley’s night-time drive to dump the body being the most effective part of the film. This sequence is nothing but Wanley going to collect his car, moving the body, driving out to the woods, and dumping the corpse; and yet every action is fraught with tension. Any interaction with a policeman, pedestrian, or toll-booth attendant, could be too memorable, give them too long a look at his face; every near-miss of someone spotting the body is heart-racing. 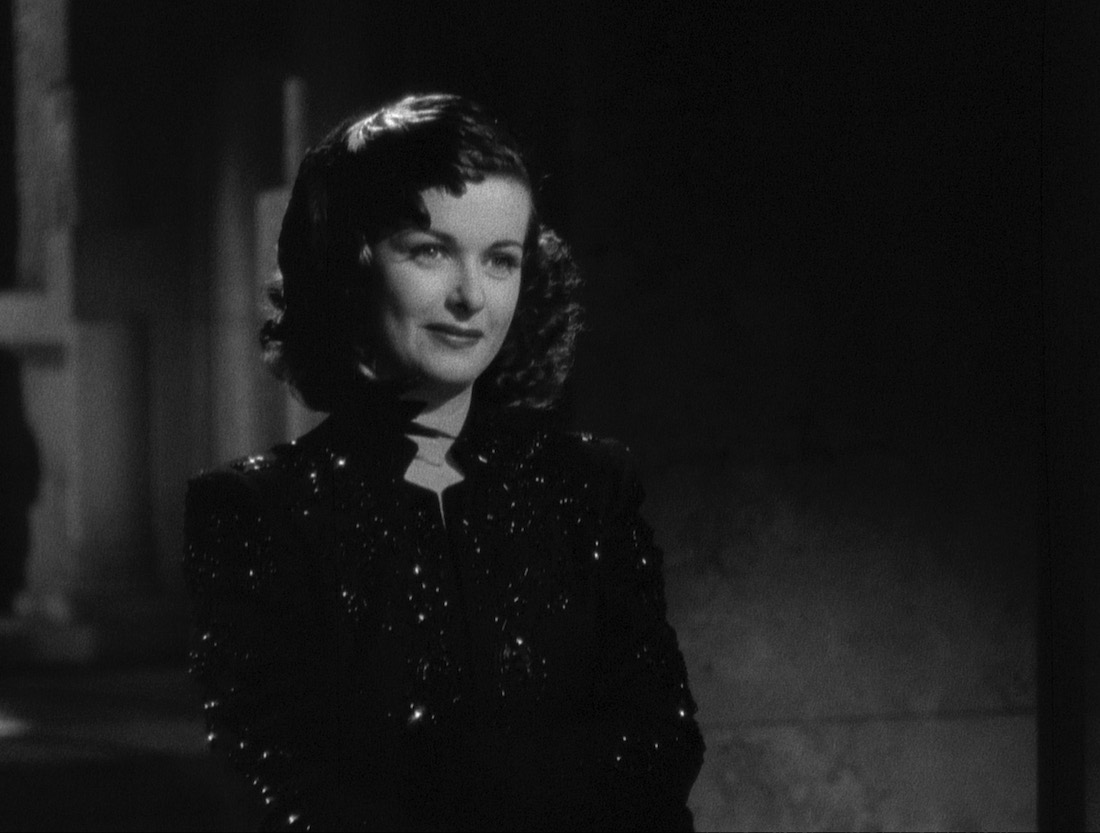 It’s after this section that the film briefly loses its footing, with Wanley stumbling around the crime scenes as he is invited to tag along on the investigation. Here, the film stretches credulity, with Wanley so obviously being the guilty man. He gets caught out knowing the information he shouldn’t again and again, and he matches the police’s profile of the killer so perfectly that the fact the police’s suspicions aren’t even piqued must have been written as an absurd comedy. It even includes that most clichéd of line, “I never said he was murdered.” It’s only when Wanley tries to confess and the idea is instantly laughed off that we realise this section is a form of torture for him. He feels so guilty and is so riddled with fright that he is unwell, and worst of all it may never end if the police simply won’t believe he’s guilty.

As the fusty old professor, Edward G. Robinson’s performance is as far away as imaginable from the early gangster roles that made him famous, in the likes of Little Caesar (1931). He gives a wonderfully understated and endearing performance as the charismatic but shambling academic, increasingly out of his depth. As Alice, Joan Bennett brings shades to an ambiguous character: tough when she needs to be tough, without being a caricature; desperate when she needs to be desperate, without being pathetic. Together they maintain our sympathies by staying reasonable and not turning on each other simply to serve the narrative or inject cheap tension. As Wanley’s friend, the District Attorney, Raymond Massey is imposing and initially intimidating, but his failure to see what’s literally right in front of him dilutes much of the threat he poses to Wanley. The real threat arrives in the form of Heidt, a former detective thrown off the force for blackmail, who has a connection to the murder victim. Heidt is the worst of both worlds: an experienced detective and an experienced blackmailer. Played by Dan Dureya he’s a smug and instantly smackable fiend, who has Wanley and Alice in a trap they can’t see their way out of without selling their souls. 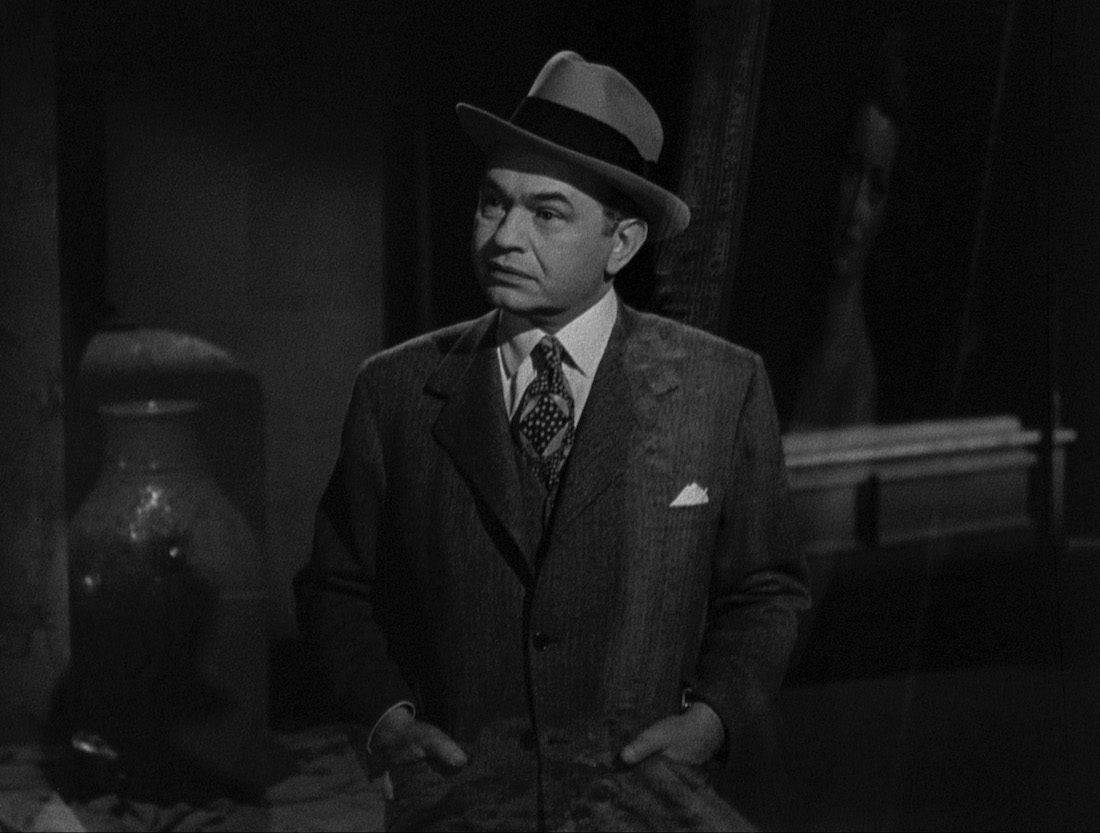 Fritz Lang (Metropolis, M, You Only Live Once, Man Hunt) is rightly regarded as one of the greatest filmmakers of all time and his direction here is as impeccable as ever. The movie’s full of interesting creative choices and thematic callbacks, all of which elevate it above the majority of noirs that were to follow. Even the censor-inflicted ending (a bum note that threatens to destroy all the film’s dramatic power) allows Lang to orchestrate an incredibly sophisticated shot so seamless that this reviewer missed how impressive it was and only discovered it due to the extra features on the disc. Screenwriter Nunnally Johnson (The Grapes of Wrath) and cinematographer Milton R. Krasner (All About Eve, The Seven Year Itch) also put in excellent work. You know a film is good when one of the earliest scenes is a group of friends chatting and you’re already enthralled.

Ultimately, Lang’s film is not flawless because the middle section drags and the tacked-on ending is unsatisfying, but there’s so much that the film gets right, and so much that it did for the first time, that it deserves its reputation as a classic. It also has thematic consistency to the point that it matures in the mind as each development and character is mulled over, as they have been now for 75 years. 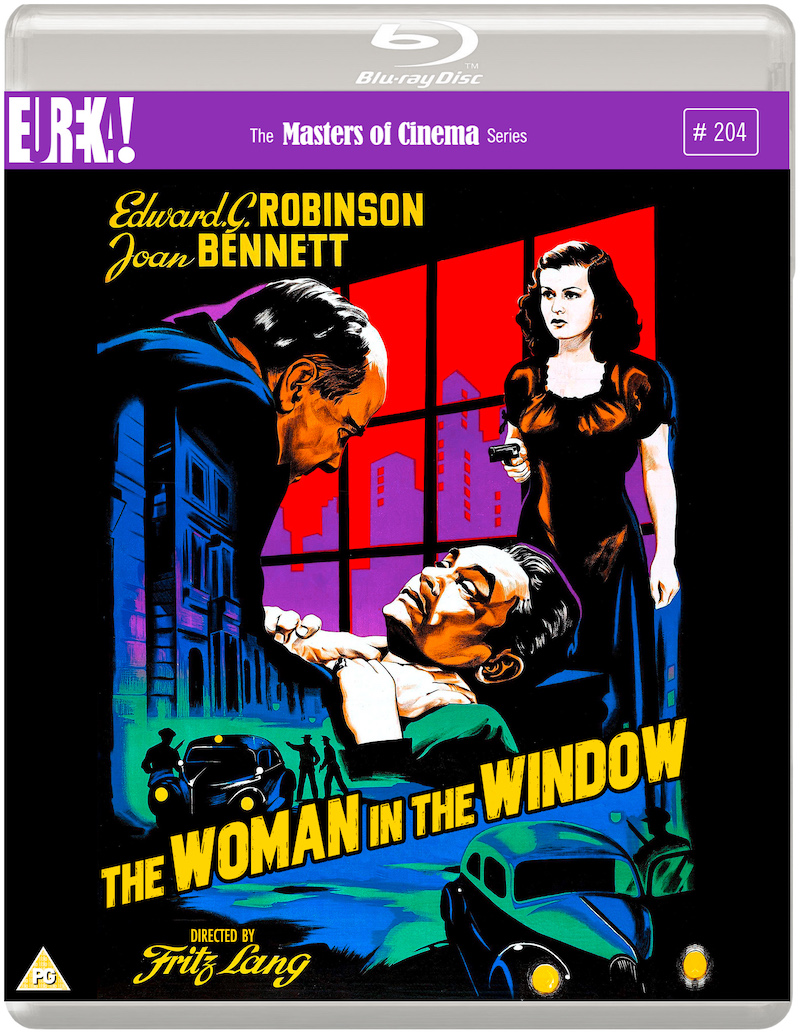 This release from Eureka Entertainment is a near-flawless print and restoration, making this a worthy Blu-ray debut for what is one of the original film noirs, and deserves a place in the library of any self-declared expert, or even fan, of the genre. The extras included on the disc are not exhaustive but do include an illuminating video essay by the critic David Cairns, as well as a new commentary by film historian Imogen Sara Smith, and a booklet featuring new essays by film journalist and writer Amy Simmons and film writer Samm Deighan. So there’s plenty of high-value material for the hardcore film nerd to be satisfied with, alongside the standard galleries and trailer.

Written By
Tom Trott
More from Tom Trott
A struggling actress trying to escape her life as a call girl...
Read More