Is the tale as old as time one that needed retelling? That’s the question fans are asking now Disney’s classic Beauty and the Beast (1991) has been adapted into live action. Following the critical and commercial successes of Cinderella and The Jungle Book, it’s full steam ahead with Disney’s plan to resurrect its animated back-catalogue in the same manner. Beauty and the Beast is perhaps the studio’s most risky proposition yet, though. If it’s a hit, the doors will be flung wide open for more beloved children’s classics to grace the multiplex, but if this doesn’t strike the right chord it puts the viability of the Mouse House’s whole plan into doubt.

Why is this film such a particular risk? It’s all down to the high quality of the original. Not only is 1991’s Beauty and the Beast among the most fondly remembered of Disney fare, it’s also one of the studio’s most acclaimed. When it opened it became an enormous hit and became the very first animated film to be nominated for a Best Picture Oscar, and also the first to pick up three nominations for Best Original Song. A film regarded as one of Disney’s best was never going to be easy to adapt, so director Bill Condon had his work cut out for him.

Thankfully, Condon doesn’t drop the ball — at least not entirely. The new Beauty and the Beast largely plays it safe by following the original very faithfully. It has the same songs, many of the same shots re-staged in live action, and a script that feels virtually identical to its predecessor. The film suffers from a lack of fresh ideas. Where Cinderella and The Jungle Book were able to bring interesting new ideas to the fore, Condon’s film is happy to only slightly embellish what was already there. 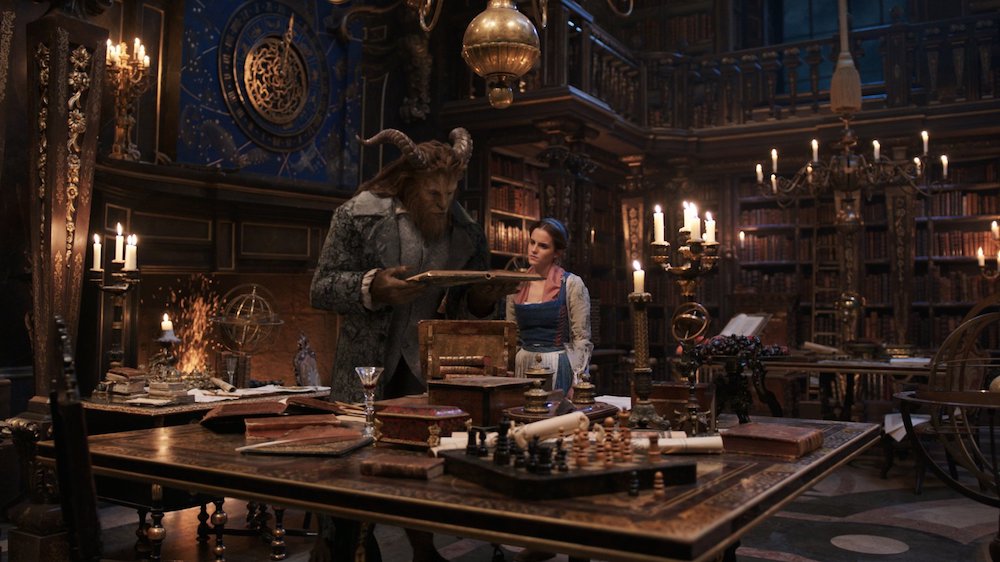 Just as in ‘91, the fairytale story is set in a provincial French village filled with colourful characters. Belle (Emma Watson) is the protagonist; a young woman who always has her head stuck in a book and dreams of a more exciting life away from her home, where people treat her differently because she wants to read and learn. She spends her time taking care of her father Maurice (Kevin Kline) and rebuffing the attention of boorish Gaston (Luke Evans).

Once Maurice finds himself trapped in a castle by a seemingly ferocious beast (Dan Stevens), Belle bravely makes a deal and commits to spending her life locked up if her father is set free. Of course, there’s more to this beast than meets the eye. As we discover in the film’s prologue, he was once a dashing young price and has been transformed as punishment for being too judgemental on an old woman seeking shelter. It turned out that woman was an enchantress, cursing the prince and all inhabitants of his castle until he could learn to love more than just external beauty, and be loved in return.

It’s hard to imagine assembling a better cast for this movie. Watson is the ideal actress to play Belle and fits the role perfectly, while Stevens finds both the humanity and aggression within the beast, and Evans excels in the villainous role of Gaston. This wonderful casting extends to the household staff of the castle who were transformed into everyday objects by the enchantress’s spell: Lumière (Ewan McGregor), Cogsworth (Ian McKellen), Mrs Potts (Emma Thompson), Maestro Cadenza (Stanley Tucci), and Madame de Garderobe (Audra McDonald). 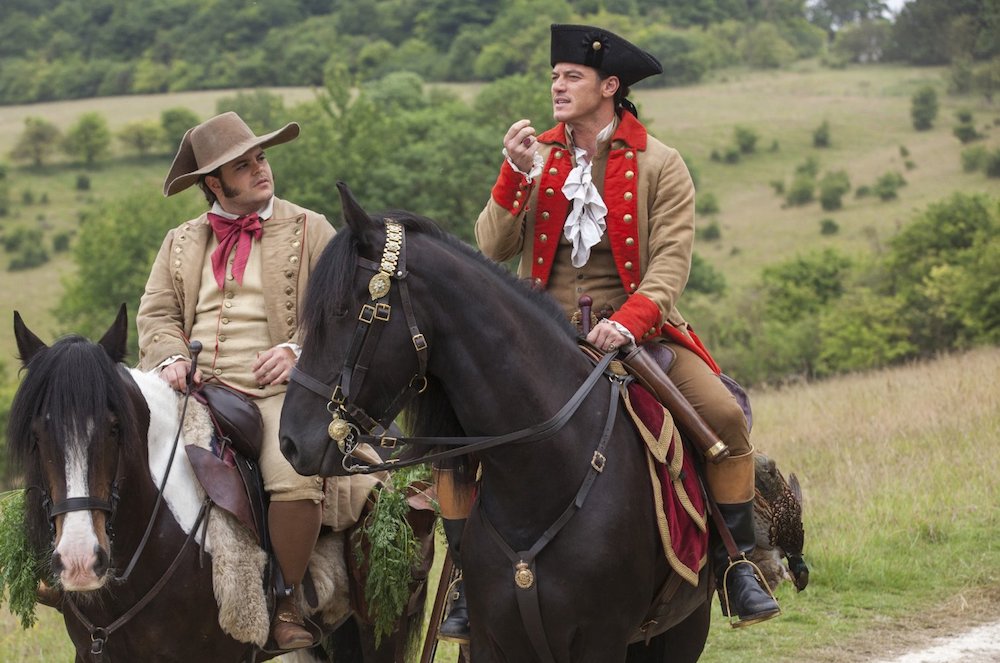 Sadly, however, the film’s commitment to realism with its digital effects is one of its biggest downfalls. The transformed characters seem to lack an essential humanity, beyond them being household objects to the eye, and it’s far more difficult to empathise with them than it is in the original — despite the story expanding their backstories and putting more time into developing their relationships with the beast. The effects work for the beast himself also veers uncomfortably into the ‘uncanny valley’, as we can tell we’re looking into Stevens’s eyes but the rest of the design doesn’t always hold together. It’s a nitpick to criticise it, perhaps, but there’s something that feels unfinished here. There’s no doubt the creature is sometimes an impressive achievement in visual effects, but the inconsistency and the somewhat bizarre look of the character can get in the way of the film’s emotional undertones. 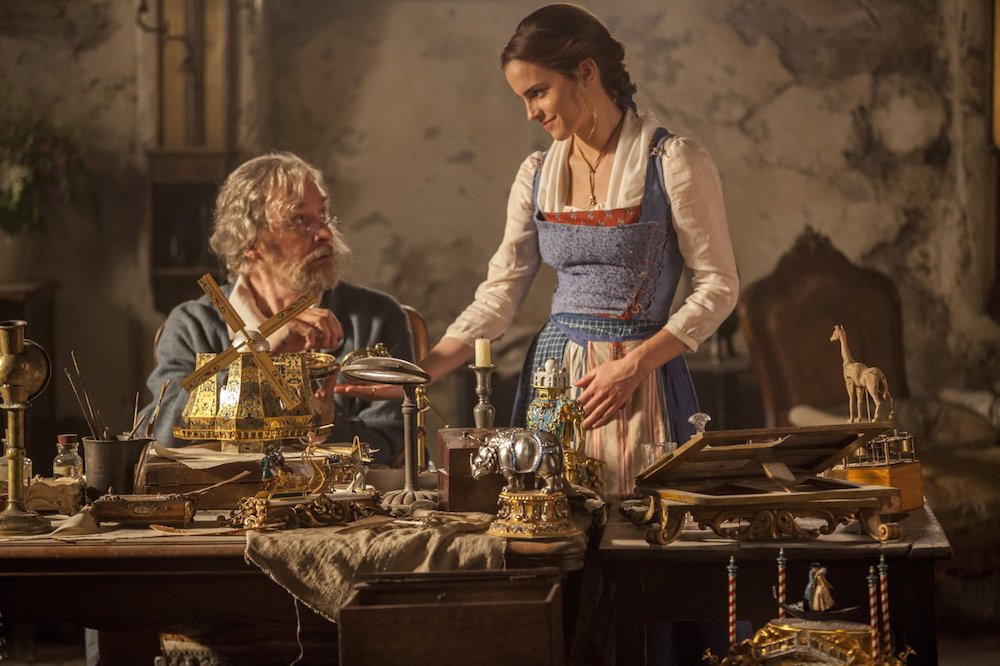 The romance at the heart of Beauty and the Beast is just as successful as it is in the original, although if you’re quick to label it ‘Stockholm Syndrome’ you’ll probably not be impressed here anyway. It’s a genuinely moving story, though, and the way Belle’s interactions with the beast develop from animosity into real feelings is portrayed thoughtfully. It feels like a good deal of complexity is given to both characters in this relationship, too. In some of its welcome and worthwhile changes, writer Stephen Chbosky works hard to make more connections between the two characters. The beast and Belle are shown to both be defined by a past trauma because they both lost their mothers at a young age. The script is fairly explicit with the theme of how they’ve both dealt with being outsiders all their lives, too. Nuance is also added through the revelation of the role the beast’s father played into making him a selfish adult, and how the household staff feel responsible for not doing anything to stop him becoming the man they could see he was being turned into.

Changes like this are where the film’s at its most successful, by deepening backstories and showing us things about characters to make us care more about them. It’s also wise the film has the prince be a young adult when he receives the curse, rather than a boy. It always felt odd that a 10-year-old boy was punished for not allowing an old beggar into his home, and is slightly more palatable when we see the older prince throwing a lavish party and showing callous disregard for the old woman. It just does a lot to make the enchantress seem a little less like the story’s true villain! 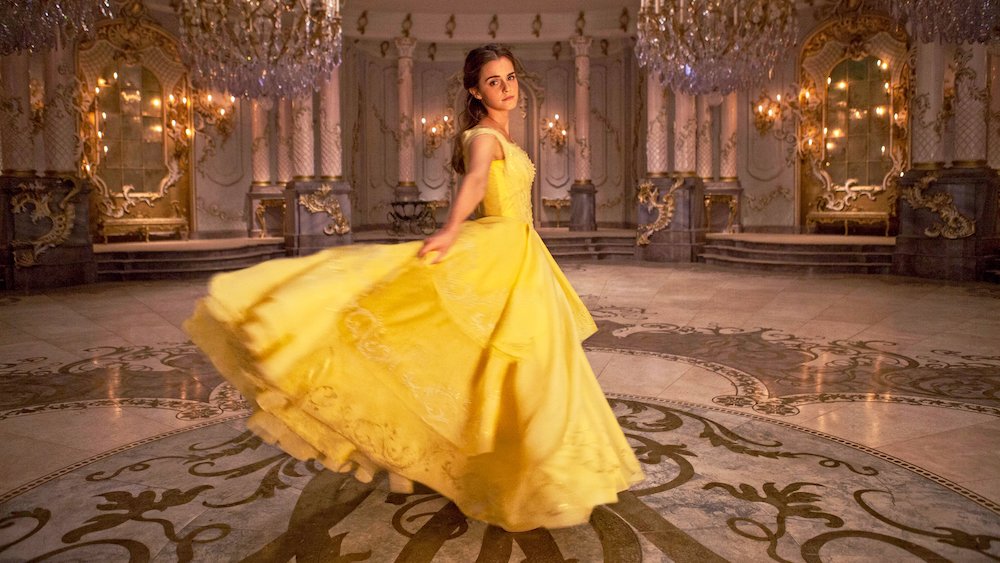 Another welcome change is the feminist twist to make Belle the inventor in the family, rather than her father. It’s a small detail, but it makes a big difference when it comes to establishing what she does with her time when she’s not reading. While the film has got a lot of press recently for its addition of a gay character in Gaston’s sidekick LeFou (Josh Gad), there’s really not as much to comment on here as you might expect. It’s the sort of thing you could easily miss if you weren’t aware of it. The changes are so small because, in every way possible, this tries to keep things as close to the original as it can. But, by playing it so safe, you can’t also help but feel that it’s missing a little something.

For all it gets right in tone, romance, and visual splendour, this just isn’t as magical as the original. The great cast work hard with the material, but some of the dialogue and scenarios feel more stilted and awkward than they should. When it comes to the visuals, it’s beautiful, but there are some shaky effects letting the side down, even if the whole thing proves very immersive in 3D. And there are unfortunately no images destined to be as memorable or emotionally powerful as anything from the original animation.

Bill Condon had a difficult task with Beauty and the Beast, and while it’s great to see the finished film is enjoyable, it’s a shame it couldn’t build on the original a little more. The Disney magic is there, but so are many missed opportunities. So, while it’s pleasurable and entertaining in the moment, it does struggle to convince you this was a story that needed to be reimagined.