Paul Feig’s latest has both his fans and critics perplexed. He’s best-known for female-focused comedies—Bridesmaids (2012), The Heat (2013), Spy (2015), Ghostbusters (2016)—so when Feig announced his latest project, A Simple Favour, everyone assumed we’d be getting more of the same.

The problem, that Feig keeps forgetting, is that A Simple Favour’s story isn’t funny. It’s true the protagonists in Darcey Bell’s 2017 novel (adapted by American Horror Story’s Jessica Sharzer) escape the legal system without paying the price for their terrible deeds… but their actions remain heinous, as do they, and though not a complete success (due to a weak ending) Bell’s book was written as a noir-mystery.

Commonly, fictional mysteries are termed ‘whodunnits’. Far fewer are described as ‘whydunnits’, and frustratingly fewer still are the more difficult to execute, but vastly more intriguing ‘whatdunnits’: stories that keep us in the dark about the who and the why, but also the what in terms of what exactly we’ve been watching. Think along the lines of The Usual Suspects (1995) and Inside Man (2006). 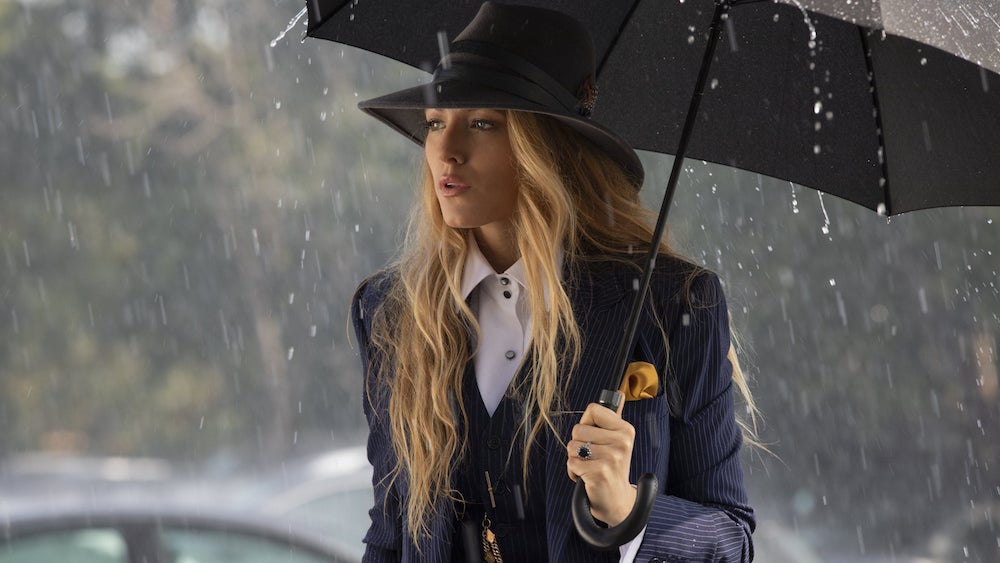 A Simple Favour accomplishes a neat trick: it ticks all three of those mystery boxes. It’s a ‘who-why-what-dunnit’ with a gender twist. It’s not a story about women as seen by men (in which women are pretty ornament’s to a plot driven by men’s actions), it’s a tale about women as seen and told by females, in which the women are the movers-and-shakers and men the eye candy. 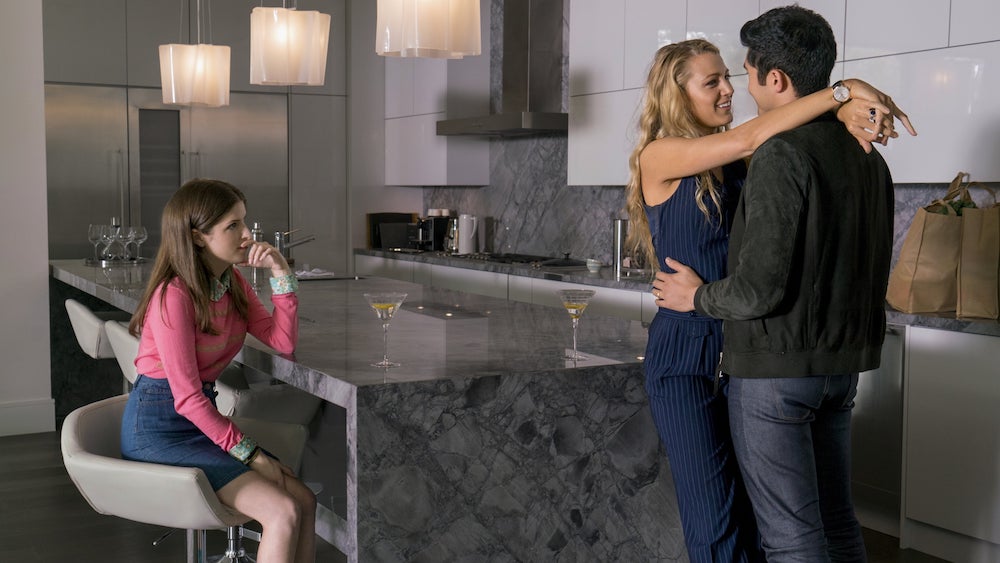 Kendrick and Lively are actresses who bring welcome preconceptions into this movie from audiences. Lively’s known for playing strong women in edgy films, while Kendrick’s filmography is crammed with sweet, empathetic young women one can’t help but like and feel empathise for. Had Feig not cast these two actresses, cannier members of the public might have asked why!

Feig uses Kendrick’s adorable goodie-two-shoes image and introduces Stephanie not just at home, but in her kitchen. The videos she records for her blog reveal she’s a self-deprecating mommy with an almost unbearably sweet, mousy personality.

Feig takes a different tack to introduce Lively’s Emily. He uses long, lingering shots to draw eyes to her figure in a stunning tailored suit, as she eases her long legs out of a car and strides purposefully toward the lens, until close enough for the camera to tilt up and reveal her immaculately made-up face. 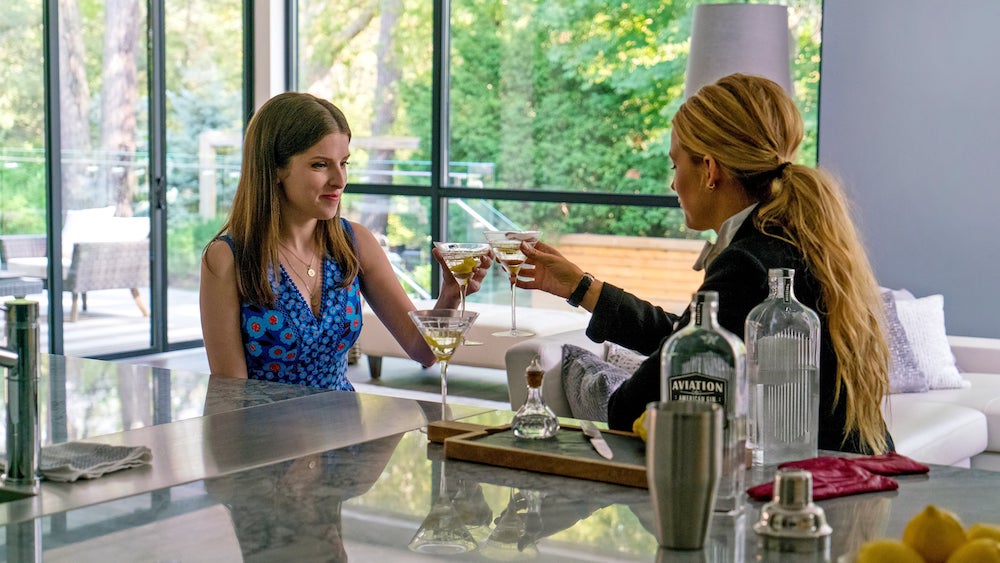 In each case, it works. Having spent just a few minutes with both Emily and Stephanie, we understand these disparate women perfectly. The contrast between them isn’t just a directorial or stylistic choice, it’s the engine for this story, and Feig doesn’t miss a chance to highlight their opposing traits. No matter how cute Stephanie is, she’ll always be the ugly duckling to Emily’s graceful swan; and no matter what Stephanie’s done in her life, as long as they’re together, Emily will be the one in control.

And no matter what they claim, they aren’t, and won’t ever be best friends… they’re rivals to the core, rivals in everything, rivals to the end.

The competitiveness starts quickly. Minutes after meeting Stephanie, Emily’s making midday martinis for them both, drawing Stephanie out of her homely bubble, alternately shocking and seducing her. In a few short days, Emily’s manipulated Stephanie into sharing damning secrets and acting as an unpaid nanny, setting the stage for the mystery she’s been planning. 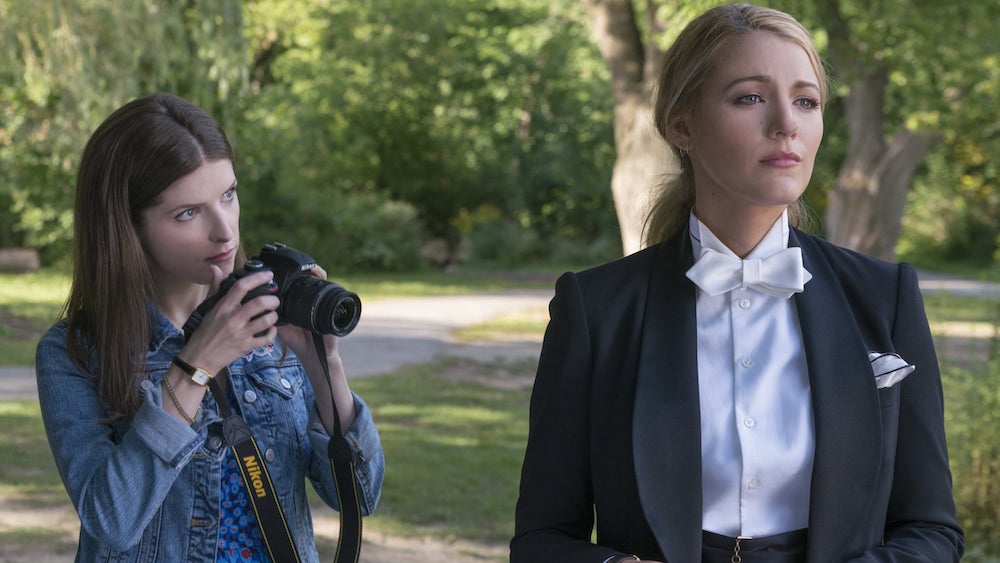 This isn’t a two-hander as there are other characters in A Simple Favour, one of particular importance, but not until the leads and their crazy relationships are established do we meet Emily’s husband, the failed writer Sean (Crazy Rich Asians’ Henry Golding). Though handsome Sean has a key part of the novel, Golding’s role isn’t especially important to the movie. He’s a passive hunk Emily controls both emotionally and physically.

Halfway through the film, Feig has us believing Emily controls everything and everyone (not just in her life, but in the lives of those around her), until with no warning or explanation…. she simply disappears. And this leaves Stephanie and Sean trying to figure out what’s happened to her, and why…

Thankfully, A Simple Favour doesn’t trail off with no satisfying conclusion, as did the novel (much to the displeasure of Bell’s loyal readers), allowing all involved to escape without enduring any particularly unpleasant consequences. By the end of this movie, there are winners, losers, and real consequences for the latter. Feig appears to impose justice in his world… or does he?

Who won and who lost, and who in the end, was the mastermind all along? You’ll have to watch to find out.

PIRATES OF THE CARIBBEAN: SALAZAR’S REVENGE (2017)