When she was a kid, Susan Cooper’s (Melissa McCarthy) mother used to leave a note in her lunchbox each day that read: “Give up on your dreams.” This formative experience, and others, have led to Susan, now a CIA agent who has never been out in the field, lacking confidence. Instead, from the safety of her office, she gives remote help and guidance to the top agent she has a terminal crush on, Bradley Fine (Jude Law). She’s downtrodden, often humiliated by her colleagues, and left devastated when Fine is shot dead in the line of duty. Fortunately for us, all this makes for an often hilarious set-up to the film.

McCarthy is a funny person; the fact her films are often lacking something is not necessarily her fault. Here, director Paul Feig (Bridesmaids) allows her to deliver a steady flow of gags that only start to dry up a little later in the film. If it were more consistent and managed to stave off that midpoint lag, this would be a comedy classic. That it doesn’t quite reach those heights is a disappointment, but it’s by no means a catastrophe. 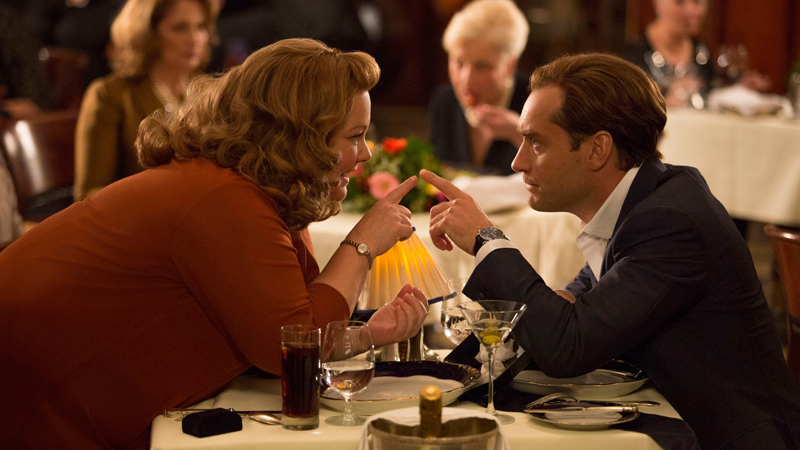 With her crush now dead, Susan starts a feud with a rival agent (Jason Statham) when she suggests that she go out into the field to locate a nuclear weapon being sold to terrorists. The names of her fellow agents are known to the enemy, so only Susan can undertake the mission without being foiled. Statham’s agent doesn’t like the idea of letting such an unexperienced agent into the field, even if his own bravado—one of his claims is that he once had his left arm torn off, only to sew it back on with his right one—is not backed up by his blundering, clumsy actions.

Rayna Boyanov (Rose Byrne) is the villainous femme fatale Susan’s tasked with following around Europe. The dowdy disguises the agent is given—like an American Midwestern divorcee in Europe for the first time—don’t sit comfortably. And when she’s inadvertently exposed as a deadly kick-ass kill machine, she grabs the chance to explain to Boyanov that she was actually a secret bodyguard, tasked with protecting her by her father. 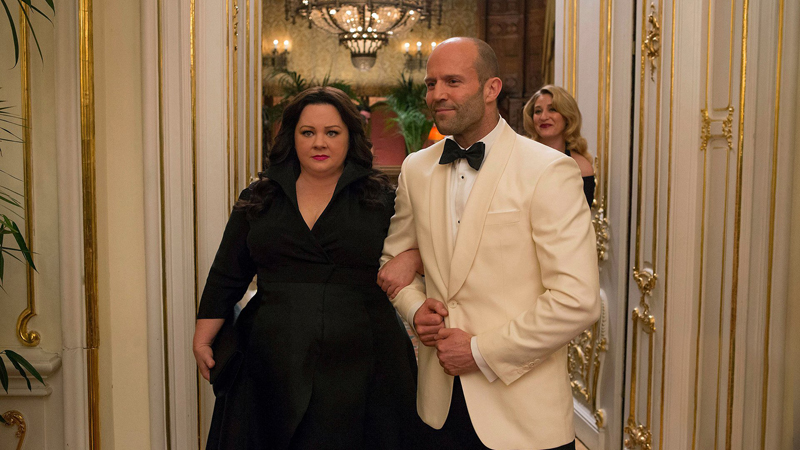 Feig should be commended for standing back when it matters. He knows that for the comedy to work, McCarthy has to be given the space to go her own way. And the screen time she shares with Statham is golden. The British action star shows a sense of humour and an ability to laugh at his own screen persona that might come as a surprise to fans of the Crank and Transporter films. Oneliners are batted back and forth, proving that McCarthy is at her best when allowed to improv. And, who knows, maybe Jason Statham’s cinematic future lies in comedy and not action, after all. I only wish they shared more scenes together than the already bloated 120-minute runtime allows for.

When comedies crossover with another genre, the result is rarely seamless, and the same is true of Spy. The action and its espionage storyline are relatively inconsequential, and you’ll often find yourself begging the film to drop its fixation on plotting. It’s something that wouldn’t be such an issue if the laughs didn’t start to dry up as the films drags on into its final third. You can’t help but feel that losing 30-minutes would’ve done the film the world of good. There’s simply not enough there to justify two-hours of film.

However, there’s enough humour to make Spy worth seeing. Feig’s movie has more going for it than recent McCarthy vehicles which fell flat, such as 2014’s disappointing Tammy. The Paul Feig and Melissa McCarthy partnership seems to work, which bodes well for the Ghostbusters remake next summer.

ALICE THROUGH THE LOOKING GLASS (2016)