There’s a lot riding on this movie. Conversations about representation, Asian American in particular, have been brewing ever since his Hollywood movie (the first to feature an entirely Asian American cast since 1993’s The Joy Luck Club), was announced. How would the romantic comedy fare?

As a Singaporean living in Singapore, the conversations I heard here were different. Here, ample time was devoted to discussing the beautifully-local flavour of the book’s setting. When it was announced the movie would be filming in Singapore itself, the excitement was palpable. How would this film portray our country?

The answer? It depends on your perspective. It’s tough to answer objectively. To think about it in terms that would be more familiar, I have to ask: how do Britons feel about the Mary Poppins? Do you agree it’s a Disney masterpiece? Is there anything that annoy you about it? To me, the film is brilliant and beautiful, with zero flaws. However, I assume most British citizens would be at least mildly annoyed if I didn’t mention the cringe-worthy cockney accent put on by Dick Van Dyke in a review. It was so bad he apologised for it 53 years later. And yet, to Hollywood, the audience it was crafted for, it was not a big deal. 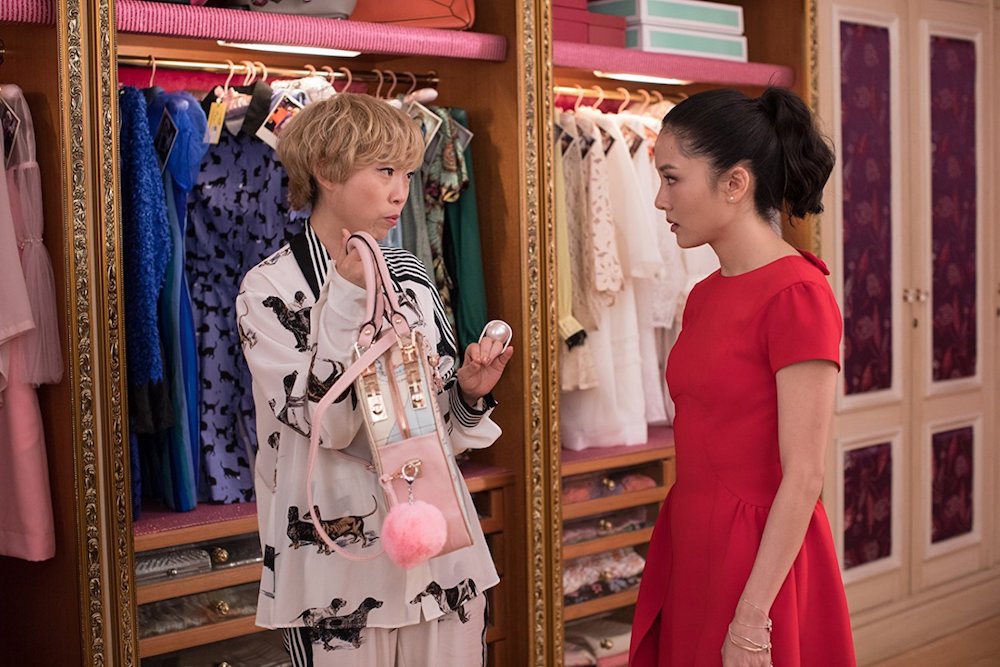 That’s sort of how I feel about Crazy Rich Asians. There are a number of different lens to look at the movie. Firstly, it’s a Hollywood movie, made for a primarily American audience. It is also an Asian American movie. It tells a story featuring a strong female lead. At the same time, it’s a movie set in Singapore. Lastly, it is a movie that is an embellishment of reality, with inspiration taken from some personal history experienced by the book’s author, Kevin Kwan. It’s definitely not a documentary.

How well does it succeed in these five points? Well, in the first three, the film soars. As a Hollywood rom-com, it’s bright and fun. The plot, which follows Rachel (Constance Wu) and her boyfriend Nick (Henry Golding) as they travel to Singapore for a wedding, and ends up meeting his crazy-rich family, is classic rom-com material executed to perfection. There are ridiculous plot points, airport reunion scenes, and the characters are entertainingly OTT, with actors relishing the chance to unleash their overdramatic side and deliver catty lines with gusto. 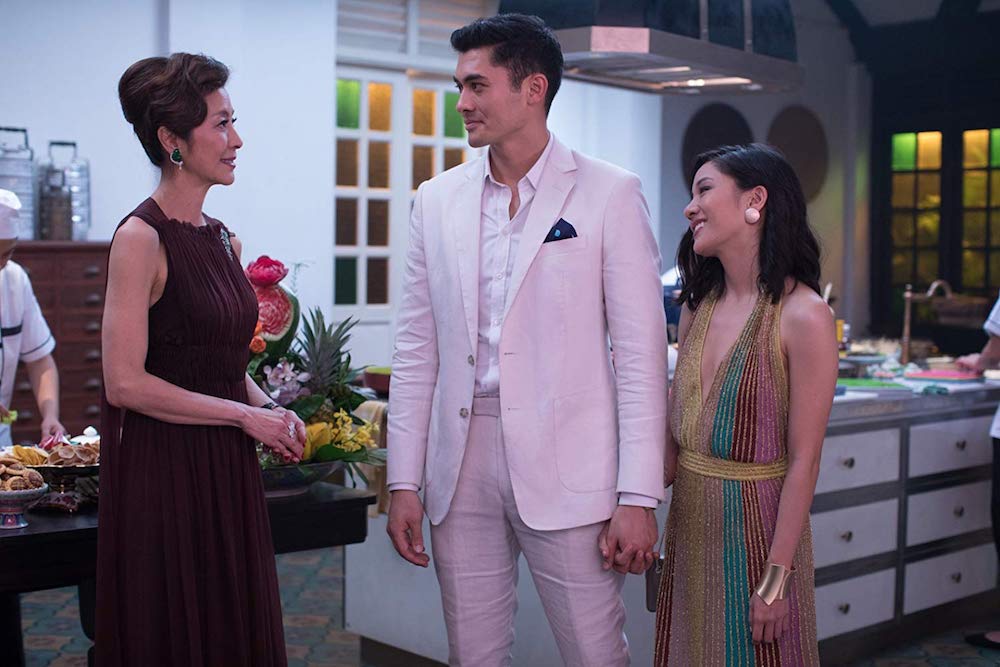 The cast is spectacular, led by audience surrogate Wu. As Rachel, she has to go through a wide range of emotions in two-hours, and Wu handles that demand impeccably. I wouldn’t be surprised if she receives a hundred more rom-com scripts after this brilliant performance. Golding, in his first acting role, is also perfectly cast, with a winsome smile, but it remains to be seen how far he can take that nice-guy face in future movies. Michelle Yeoh, Awkwafina, Gemma Chan, Tan Kheng Hua, Fiona Xie, Chris Pang… there is no lack of talent in this film, and that should silence critics who ask whether a movie featuring Asian faces can sell tickets. It can and it has, breaking box-office records in the US already.

That has to do with the director, Jon M. Chu, who smartly noted that Rachel is the protagonist, not just the main character. The film moves because women like Rachel, Eleanor, and Astrid make decisions, and Chu gives the women sufficient time in the spotlight to create these moments, instead of just focusing on the rom-com aspect. One could spend time discussing the fact a movie with Asian American faces looks at the agency of women revolving around the topic of money and rich people, but it’s a topic that doesn’t matter if you think about the film as a frothy rom-com. 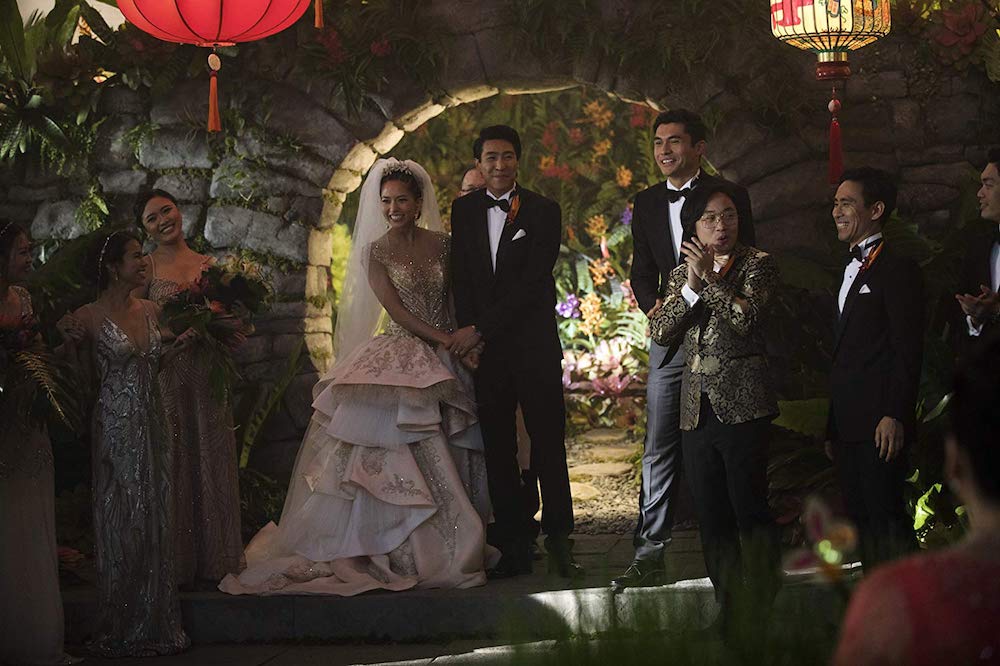 We now move on to the parts of the film that are a common problem with Hollywood movies: the use of other countries as an exotic backdrop. Firstly, the film was filmed in Singapore and Malaysia, and set in the former. Does the Singapore city look good? As a local, I can say that I have never seen Singapore more beautiful. The classic road-trip scene, set on a highway here, makes the city look like a fever dream. As an advertisement for the country, this film should be kept in the Singapore Tourism Board archives for the next decade. As my father said, “it’s going to make rich tourists want to visit Singapore!”

Is that a good thing? Well, yes. The problem is, it doesn’t reflect reality. Singapore is 76% ethnically-Chinese, 15% ethnically-Malay, and 7.4% ethnically-Indian (the remaining amount is made up of Eurasians and foreigners). In Crazy Rich Asians, the entirety of the main cast is either Chinese or Eurasian. It’s an odd choice that can be easily seen as problematic, because it’s such an easy problem to fix. If it was a film set in modern-day Manchester, for example, one would expect to see tourist attractions like Old Trafford, but also some people of South Asian origins, as they make up more than 9% of the population. Even if the movie did not foreground British Asians, one would expect to see them walk past in the background of scenes. 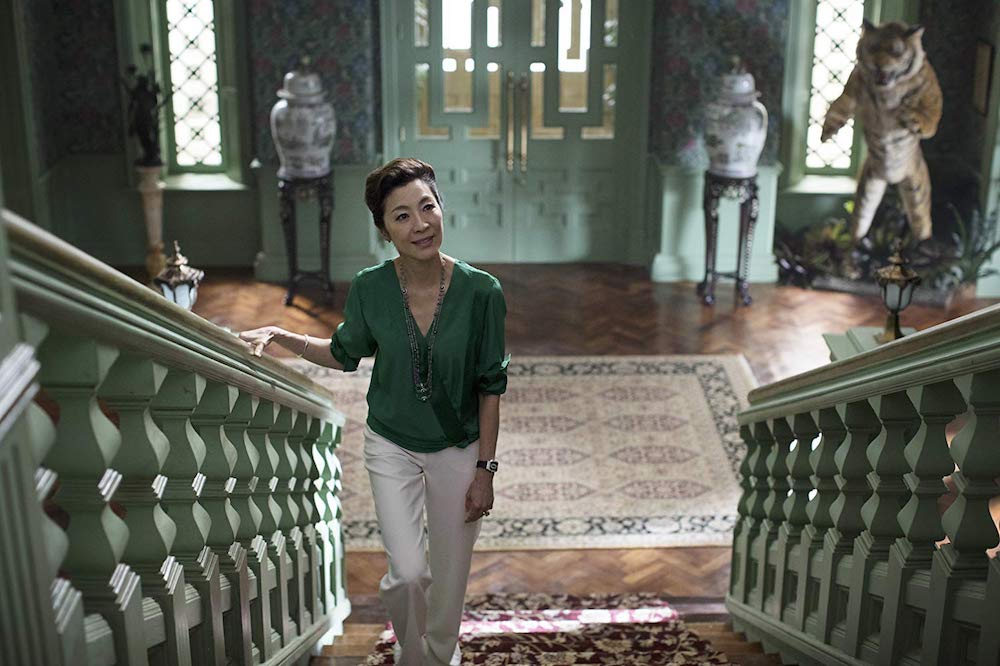 It’s not lost on locals here in Singapore that the only time we see people of non-Chinese origin is when they’re acting as service staff, or used as a passing comedic scare. They don’t even walk past on the street. It’s odd and unusual. It’s not the Singapore we know. The decor of the Young family mansion, set in the Peranakan style, muddles the point even more, since Peranakans are of Malay-Chinese ethnicity, and tend to speak either Malay or English. The film aims to create the opulence through mimicking the multicultural environment of Singapore, but ends up pulling inspiration willy-nilly. As a comparison, imagine a film showcasing British Chinese, but the idea of a family feast is a Sunday roast. Are these things both specific to the UK? Yes. However, that doesn’t mean you can put a Sunday Roast in a British Chinese family’s house and call it a day.

The question now is: is this something a Hollywood rom-com should fix? No, it’s not. The film is obviously meant as a heightened version of reality, and that is shown clearly in its high usage of bright, ostentatious transitions, as well as split screens. It shouldn’t be judged as a documentary, where realism is key. The author of the book and the director are both distinctly Asian American, and that’s the fantasy vibe they’re going for here: the idea of Asian Americans in an Asian country with rich people. Why should we penalise them for not showcasing Singapore? 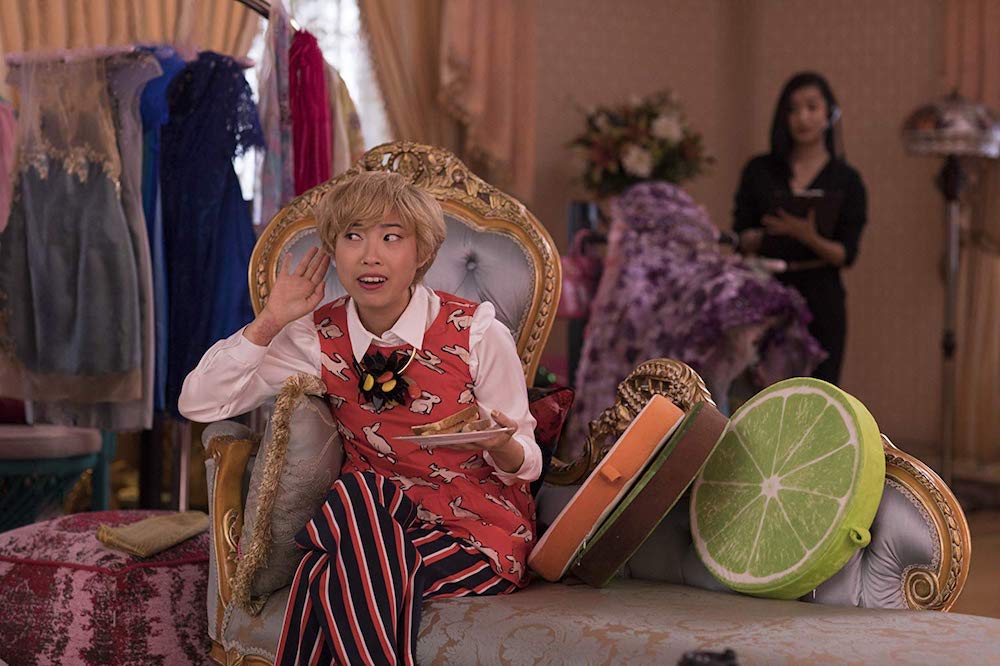 This is when promotion and publicity becomes a double-edged sword. A regular Hollywood rom-com filming in Singapore and ignoring its diversity wouldn’t raise eyebrows. A Hollywood rom-com that’s spent its entire press tour discussing the importance of minority representation and the power of film in lifting minorities, on the other hand, raises the hopes, of not just Asian Americans, but Asians as well.

The cast and narrative of Crazy Rich Asians has been primarily focused on representation. “Let’s have minority representation. How lovely it is to see someone who looks like us in movies.” To be championing that need for nuance in representation, to speak about the reality of being Asian in the US, and then to completely be silent on the nuances of the country the film is about, is not a small slight. Furthermore, it’s even more disappointing to see that none of the cast has spoken about this slight; it seems that representation of Asians aren’t important, even when these Asians tell them about the significance. 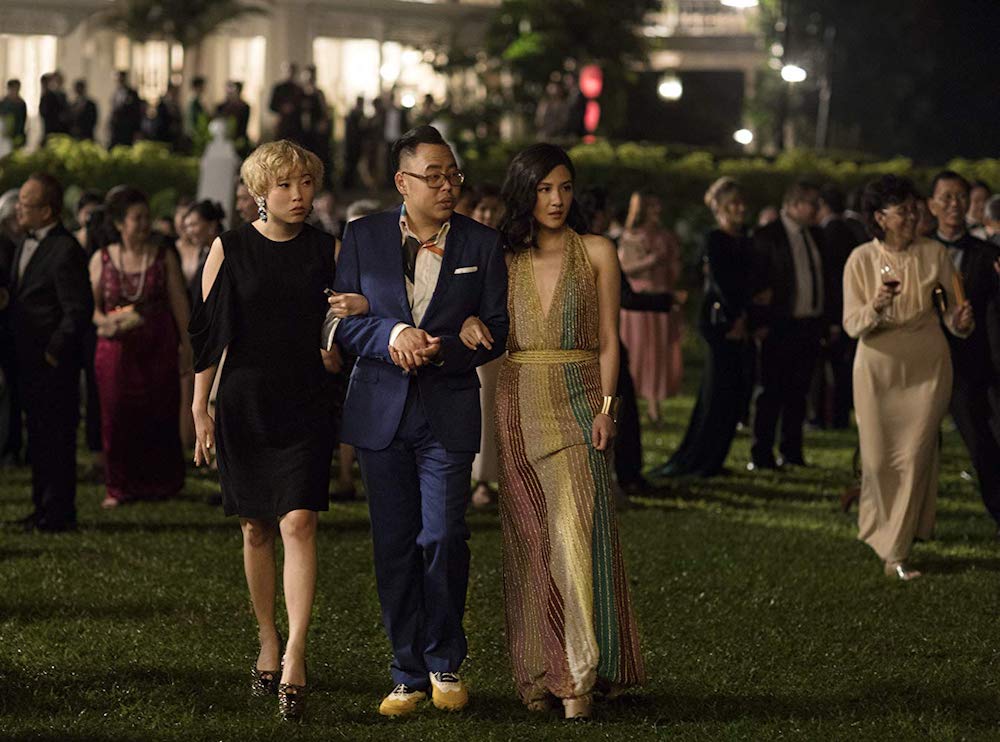 Singapore might look great in the movie, but we aren’t just made up of rich people and beautiful tourist spots. It’s dangerous for people to equate Singapore the country with the Singapore of Crazy Rich Asians, which I’m sure will end up happening. In fact, some social media praise for the movie has called Singapore the “new Wakanda”, which seems odd when you realise the latter is a fictional country in comic-books, while the former is a real country with real people.

If the aim is for Crazy Rich Asians to go out on a limb and showcase a fluff story about rich Chinese people in a generically-Asian country, then it succeeds. The film is a triumph for the East Asian-Americans in the US. It’s a great Hollywood rom-com. The movie was bound to spawn an already announced sequel, and will be a lovely way to showcase up-and-coming stars, just as previous romcoms of past eras have done, launching actresses such as Meg Ryan and Kate Hudson.

However, if they want to locate it in a modern-day country and not represent the country accurately, then I have a suggestion: make up a fake Asian country name instead.