Why would anyone ever go out on the ocean? There have been countless films that depict the merciless nature of the big blue. From Jaws, to A Perfect Storm, to Dead Calm, it’s been conclusively proven that taking a dip is a terrible idea and people will die. And that’s just on boats—don’t even get me started on swimming! And yet, we are not dissuaded. Well, maybe if you just stick close to shore. That’d probably be fine, right? Not according to Jaume Collet-Serra’s new survival horror The Shallows.

Taking obvious inspiration from the intense Open Water, The Shallows sees Blake Lively star in what amounts to a one-woman-show, pitting her wits against a savage Great White shark in a fight for survival. Having run away from medical school, Lively’s Nancy decides to make a pilgrimage to a secluded beach in Mexico that was special to her recently deceased mother. After enjoying the beautiful surroundings that make her feel spiritually closer to her mum, Nancy’s holiday turns into a nightmare when she’s attacked by a shark while surfing, and finds herself stranded on a tiny rock in the shallows as the hungry beast lurks in wait… 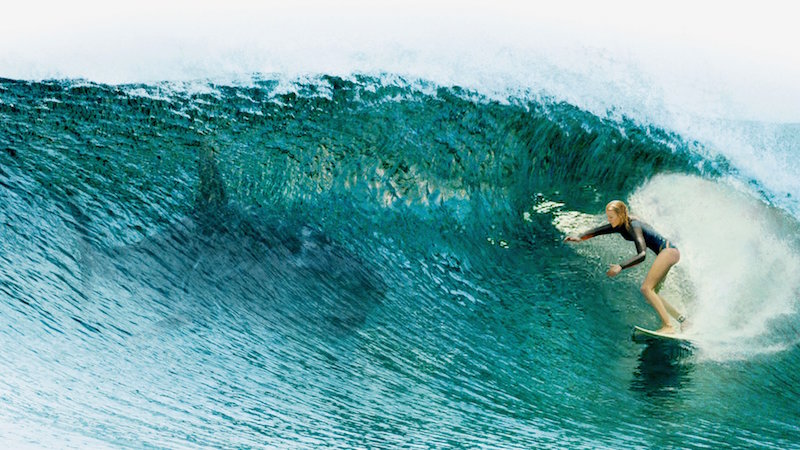 The Shallows is definitely a three-act film, and sadly it’s the longest middle section that’s the weakest. The film opens well, and Blake Lively makes for a likeable presence. Once she takes to the water, the tension is high. You know that something’s going to go wrong, but you don’t know when, and every moment the camera dips below the surface you find yourself scanning the depths with anxiety. Once the attack happens, though, the tension drains away almost entirely. 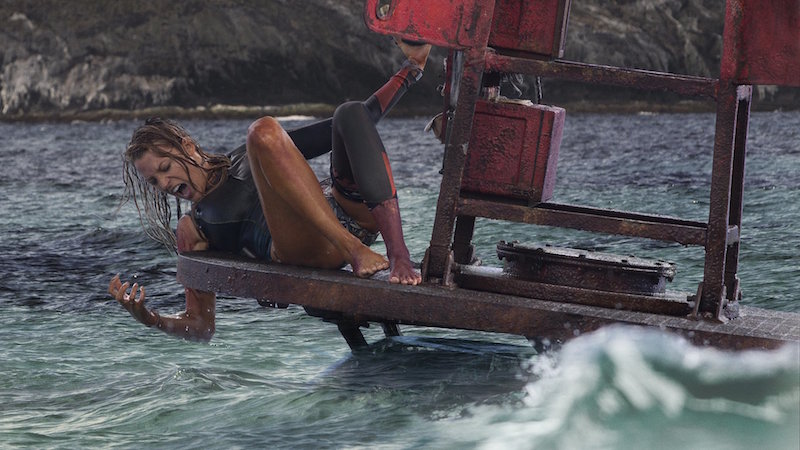 The second act sees Nancy stranded on her rock, with nobody to interact with but an injured seagull (an impressive animal performance from Sully the Seagull, as Nancy’s very own Wilson the beach ball). From this point on, The Shallows doesn’t just lose momentum, it becomes actively boring. The set-up is great – Nancy isn’t stranded in the middle of the ocean, she’s torturously close to the shore, with safety tantalisingly within sight, but far beyond reach. Despite that delicious set-up, Collet-Serra doesn’t mine any tension at all. The film simply bides its time until the inevitable fight to the death with the shark. Until that point, you know exactly how things will play out. Nancy’s attempts to reach shore will keep failing, and anyone who stumbles across her to help will end up shark food. (Nancy essentially sits on her rock, like a mermaid of legend, luring men to their deaths). 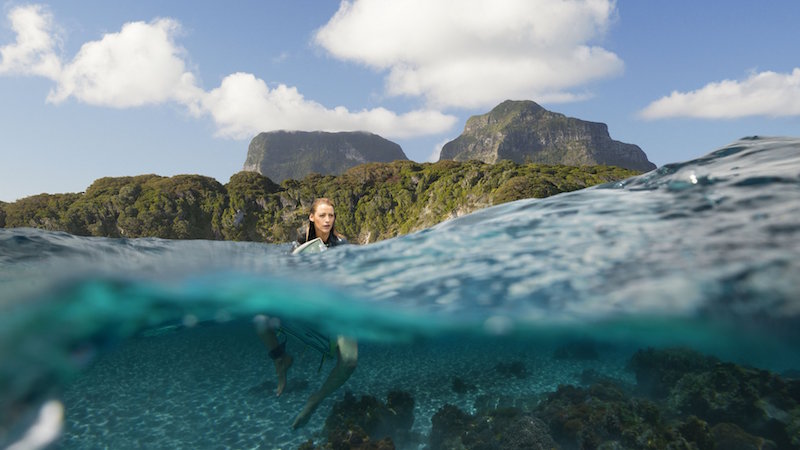 Regardless of its narrative problems, The Shallows is a beautiful movie. The Australian locations are stunning, and Collet-Serra makes the most of them. It’s perhaps difficult to not make scenes of surfing in such a stunning location look good, but Flavio Labiano’s luscious cinematography is breathtaking. Even the underwater sequences—notoriously tricky to get right on film—work incredibly well. In particular, the shot immediately following the initial attack is a gem; the water and screen turning red with blood as Nancy’s dragged down into the depths, looking for all the world like she’s being pulled directly into Hell.

And for a film that features a young woman in a bikini as its main character, The Shallows manages to avoid any seedy male gazing; the only feast of flesh here is what the shark’s chasing. Having to carry the entire film, a lot rests on Lively’s shoulders, and she does a decent job as Nancy, but isn’t charismatic enough to carry the long second act without nobody else around to interact with.

It’s a shame The Shallows drags so much in the middle because this might have been a superior slice of aquatic horror. Even so, there are thrills to be had. Man vs. shark stories will always have a certain allure, and since humans refuse to accept the ocean wants to kill us, these stories will continue to be told. And The Shallows is a solid, albeit unspectacular entry into the pantheon of marine nightmares.