We’ve all had some experience with Lewis Carroll’s Jabberwocky. Mostly during English school lessons, when your teacher tried to convince you that there were hidden meanings behind the writer’s bizarre words. It’s a ‘nonsense poem’ that relies on unusual structure and playfulness, something which is quite difficult to understand at a younger age. But as the years go by, I find myself more enamoured with Carroll’s inventive and bizarre approach to poetry and literature, and filmmaker Terry Gilliam clearly felt the same about it.

Known for his animation work on Monty Python and the Flying Circus, Gilliam’s ability to think outside the box made him the perfect choice to bring Jabberwocky to live-action. If you’re a Python fan it’s fairly obvious that the Carroll adaptation doesn’t deviate too much from the core comedic values of Carroll’s prose, especially with Michael Palin in the lead role, but that’s no bad thing. Palin and Gilliam combine to bring just the right amount of ridiculousness to a popular text, and this new Criterion Collection release highlights an enjoyable and humorous film that can still be enjoyed today. 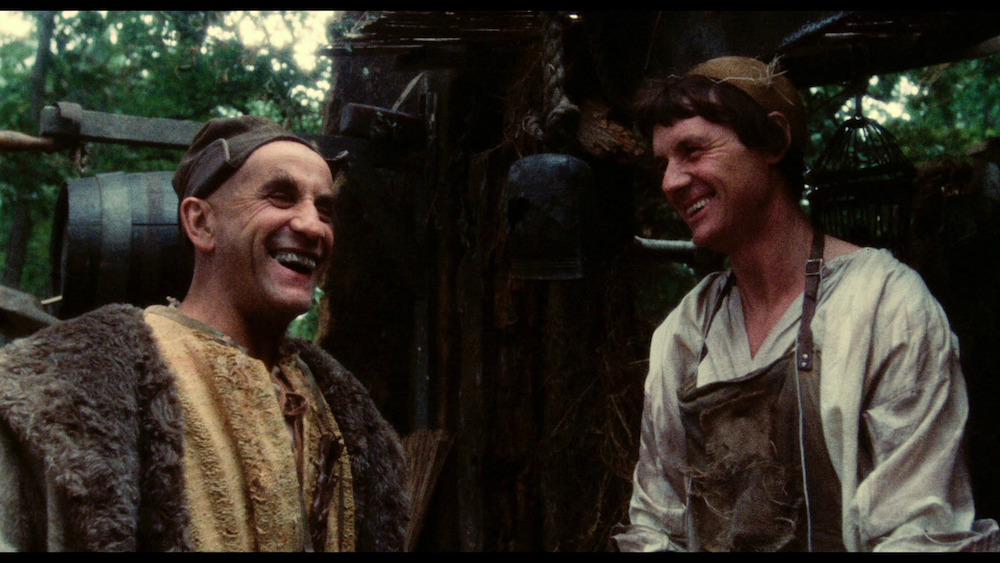 Palin wasn’t the only star name in Jabberwocky, joined as he was by Harry H. Corbett (Steptoe & Son), John Le Mesurier (Dad’s Army), and Warren Mitchell (‘Till Death Us Do Part). Looking back it’s an exceptional cast that Gilliam pulled together, and one worthy of taking on the challenge of telling such a crazy and provocative story. It’s a surprisingly dark tale considering the PG certificate, finding humour in death and having quite a visceral approach about it. The opening scene throws you right into the chaos, with the camera stalking someone from the Jabberwocky’s perspective, before murdering them and leaving their bloodied bones on the ground. Gilliam clearly has a sick sense of humour but it never feels too excessive. 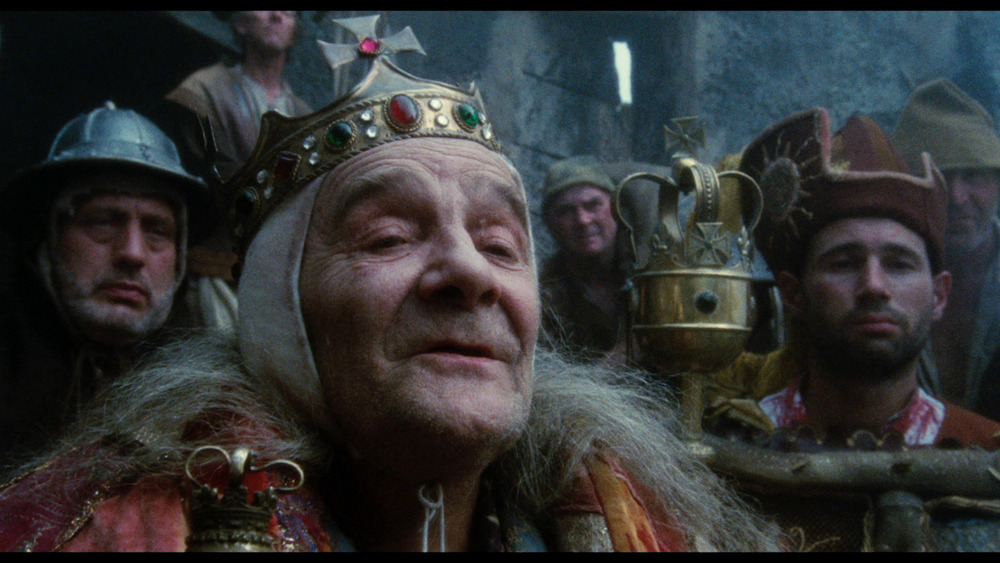 Terry’s creativity is everywhere and he’s certainly not one to have a minimalist approach to a scene. Everywhere you look there’s something happening, but he’s careful not to detract too much from Palin as the protagonist Dennis Cooper. He’s a simple man with simple needs who falls into a ridiculous situation having to save the city from the eponymous monster. Importantly, Dennis is a likeable goof who rises to any challenge he’s faced with.

He may not be the most obvious champion, but that makes him all the easier to get behind as an everyman faced with extraordinary situations. Dennis also has to prove himself in the eyes of his terminally ill father, which gives him a relatable hook in the midst of Gilliam’s fantasy world-building. His love for Griselda Fishfinger (Annette Badland) is quite inspiring, as is his fierce determination to hold on to a potato she once threw at him. It’s a completely daft thing to do, but strangely heartwarming. 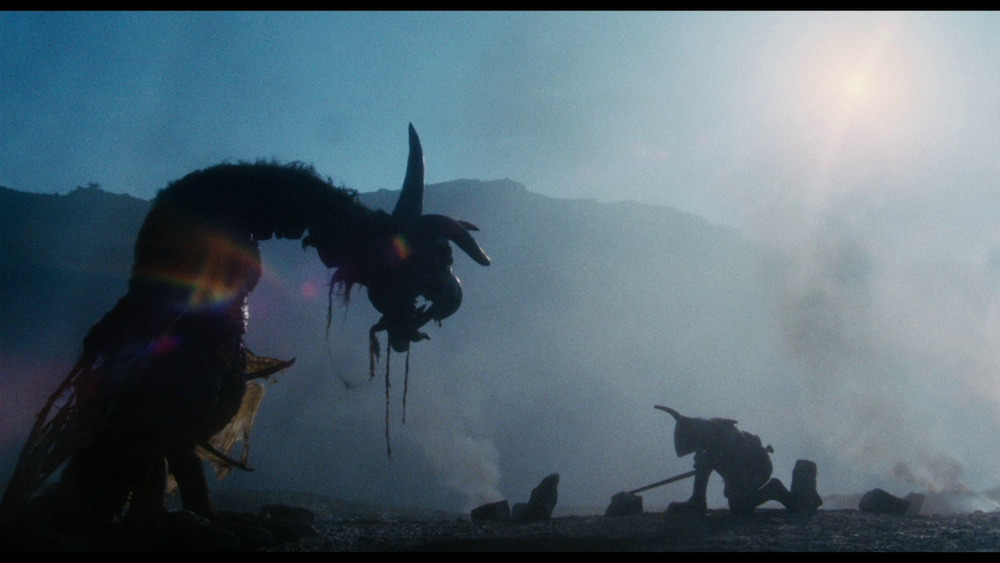 Dennis’s quest leads him through one absurd moment to the next, meeting many people that either don’t like him or want to take advantage of his naïvety. You feel very sorry for him, especially if you know where the tale is headed. Palin always plays nice-but-dim role to perfection, and Gilliam certainly knows how to get the best out of him. Their professional familiarity means Jabberwocky has a natural feel to it, together with a sense that everyone’s having a great deal of fun. Beyond all the humour there are also social aspects to delve deeper into, together with themes of poverty and family strife, but on the whole it’s a film that embraces the lunacy.

While Jabberwocky isn’t Gilliam’s best work, it surprises and entertains to the end. With imaginative direction and a good balance between love story and comedy, Jabberwocky comes to life in ways I’m sure Lewis Carroll would never have thought possible. This was Gilliam’s first solo directing job after co-directing Monty Python and the Holy Grail (1975) with Terry Jones, which led to more ambitious and successful films like Time Bandits (1981), Brazil (1985), and The Fisher King (1991).

Jabberwocky was a crucial learning experience for Gilliam that deserves to find a new audience today. 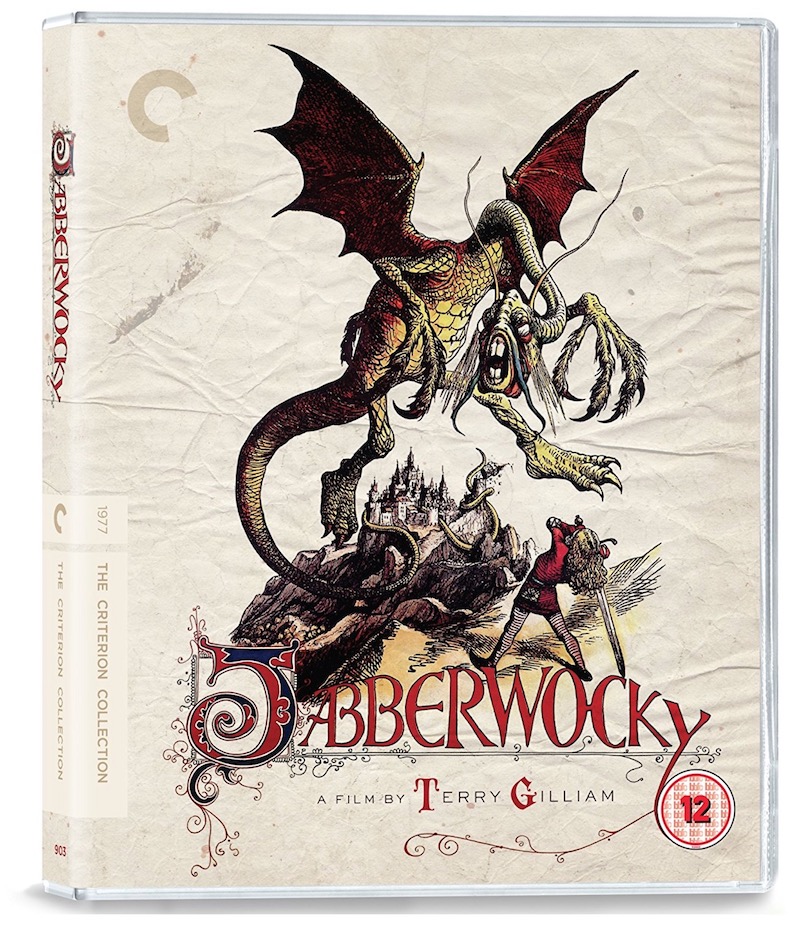 PROFESSOR MARSTON AND THE WONDER WOMEN (2017)