Pet Sematary is perhaps one of the most haunting tales of modern times. The novel, written by horror legend Stephen King, is a bone-chilling meditation on death and grief. With King back to being a money-spinning brand after It (2017) grossed $700M, it was inevitable one of his most beloved novels would get a slick new adaptation. This has come in the form of Kevin Kölsch and Dennis Widmyer’s Pet Sematary, a film that’s thankfully one of the best King adaptations yet.

The best remakes stay true to the heart of their predecessors while giving them an injection of something fresh. Pet Sematary is a perfect example. It’s faithful to the 1983 novel, translating its themes and core story elements, but it goes to unexpected places. Kölsch and Widmyer take what’s surely King’s bleakest story and somehow make it even bleaker.

The film follows the Creed family, who move to rural Maine, New England, for a slower pace of life and to enjoy more time together. Unfortunately, an ancient Indian burial ground with the power to reanimate the dead interferes with this plan. When tragedy strikes, the Creed’s slowly descend into madness. Based on how the film opens, it would be fair to expect the same old story, slightly remixed, but that couldn’t be further from the truth. Unfortunately, the marketing has spoiled what should have been a massive shock for audiences familiar with King’s narrative, but that’s only one of multiple creative liberties being taken. 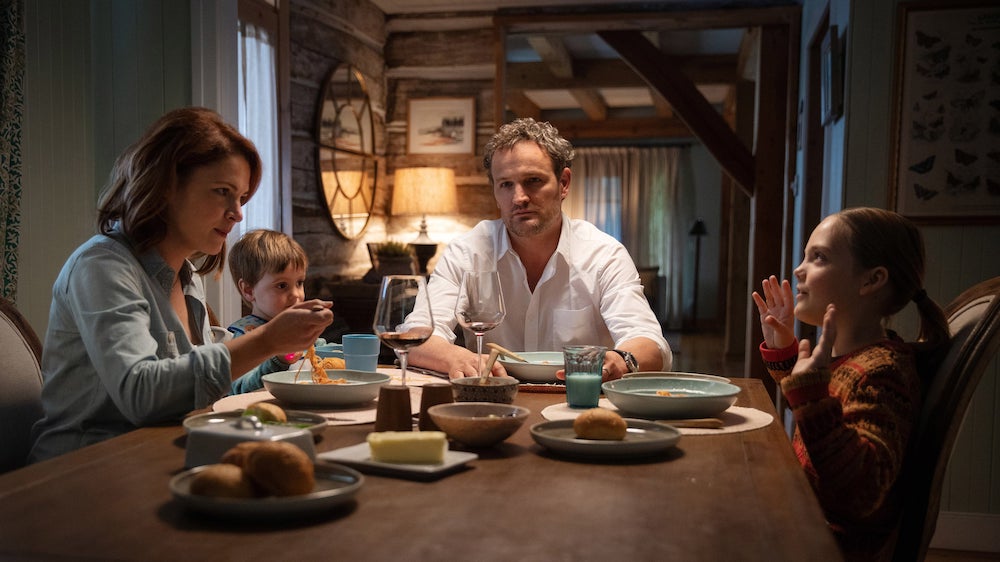 Jason Clarke (Everest) plays Louis, the patriarch of the Creed family, with all commitment and intensity expected of him. He’s joined by Amy Seimetz (You’re Next) as his death-phobic wife Rachel, and the writers have expertly beefed up the role to allow Seimetz a chance to give a beautiful performance. John Lithgow (Cliffhanger) is dependably solid as old Jud Crandall, the Creed’s gruff neighbour who takes a shine to their young daughter.

While the adult cast is fantastic, the real star of this film is 11-year-old Jeté Laurence as Ellie. Laurence has perhaps the most challenging job and rises to the challenge with a performance that rivals those of much older actresses. Pet Sematary requires Laurence to play a bright and curious kid for the first half, before diving deep into rich and dark material. She shows tremendous physicality in the second half of the story, giving a true sense of realism to the supernatural goings-on. The film truly hinges on her abilities and it pays off in a big way. We’ll be seeing a lot more of this youngster, I have no doubt.

In addition to the wonderful performances, the makeup FX is phenomenal. When Louis treats a patient with a fractured skull, it looks like someone actually ran the actor over with a car. Broken bones and brain matter are given nausea-inducing close-ups that had me squirming in my seat. The undead are also unsettlingly real once they arrive onscreen, and the wounds inflicted on characters are expertly realised. 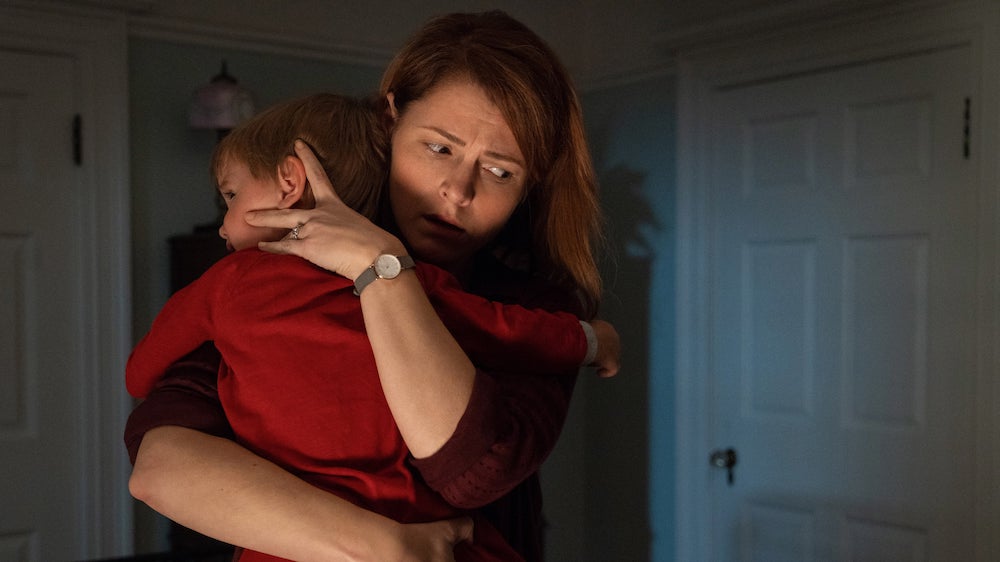 The decision to deviate from the source material and change a pivotal death in the film only enhances the story. It allows them to play around with questions about the afterlife, and dive deeper into the story’s themes of grief and loss. It also creates the added bonus of not having to use puppets or dolls in staging much of the third act. King purists may take issue with the changes being made throughout, but they’re necessary for this update—particularly because many will have seen the 1989 version, even if they never read the book.

Music plays a large role, too. Christopher Young (Hellraiser), best-known for his work scoring many other horror films, crafts a wonderfully understated score. It enhances the visuals without overpowering things—something sadly missing from a majority of modern horrors. The end credits also play over Starcrawler’s melancholy cover of The Ramones’ “Pet Sematary“, which is perfect.

The highlight is the third act, which is when the directors run the train right off the tracks in the best way imaginable. You might think you know where the story is going, but I assure you that isn’t true. The gut-twisting last shot had me hyperventilating. It’s mean, it’s nasty, and it hits the perfect note to end on. It’s genuinely shocking that a major studio like Paramount Pictures allowed such a boundary-pushing finale. 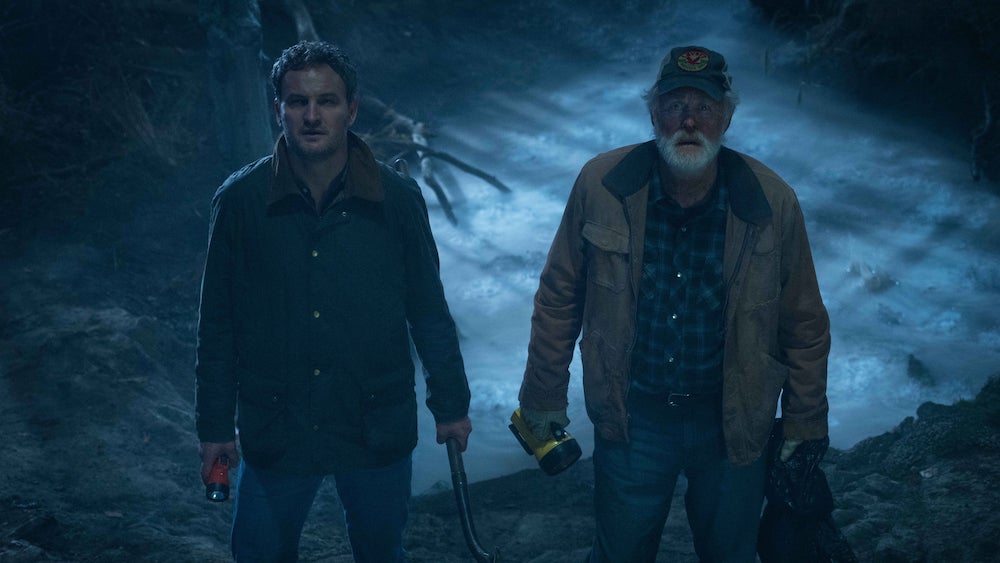 With all of that being said, the new Pet Sematary isn’t without its faults. The first two acts fly by like one of the film’s speeding trucks. A lot of information is thrown at the audience, but there’s little time to digest everything. The stellar third act is the only time the film seems to take its time and let the characters and atmosphere simmer, which is a shame. The first two acts do have valuable moments to savour, but some end up falling short.

Pet Sematary is sure to be a divisive film, especially to those who wanted a straight adaptation. It takes plenty of risks which could have easily come across as silly, but they don’t. The movie also doesn’t have quite as much vivid imagery as the ’89 version, but what it lacks in this department it makes up for in better psychological exploration. It’s difficult to sit and watch this happy, idyllic family devolve into madness.

This isn’t your father’s Pet Sematary, nor does it have any aspirations to be. It’s undoubtedly a modern version of a classic tale, aesthetically in line with the likes of Hereditary (2018) and The Conjuring (2013). Staying true to the themes of King’s novel, it dives deeper into the relationships its characters have with loss and death. If you want a “fun” horror experience, this won’t be your cup of tea. Pet Sematary is a surprising gut punch, and it wears brass knuckles.