The 1980s were good to Stephen King. It was the decade in which the acclaimed horror author wrote some of his best works of fiction, including perhaps his scariest novel, Pet Sematary. A story rooted in grief and guilt, Pet Sematary was almost never published. King thought he’d finally crossed a line and only submitted it to his publisher to fulfil a contract, but once released it was a massive success.

Six years after hitting bookshops, director Mary Lambert adapted King’s best-seller to the big screen and Pet Sematary became the highest grossing horror film of 1989. It performed well above studio expectations with an opening weekend gross of $12M, ending its theatrical run with $57M from a reported $11.5M budget. The film earned a good reputation and later became a big hit on VHS. Now, 30 years later, Paramount Pictures have remastered it on 4K Ultra HD to capitalise on the interest generated by this year’s remake. But does this late-’80s horror classic still hold up? 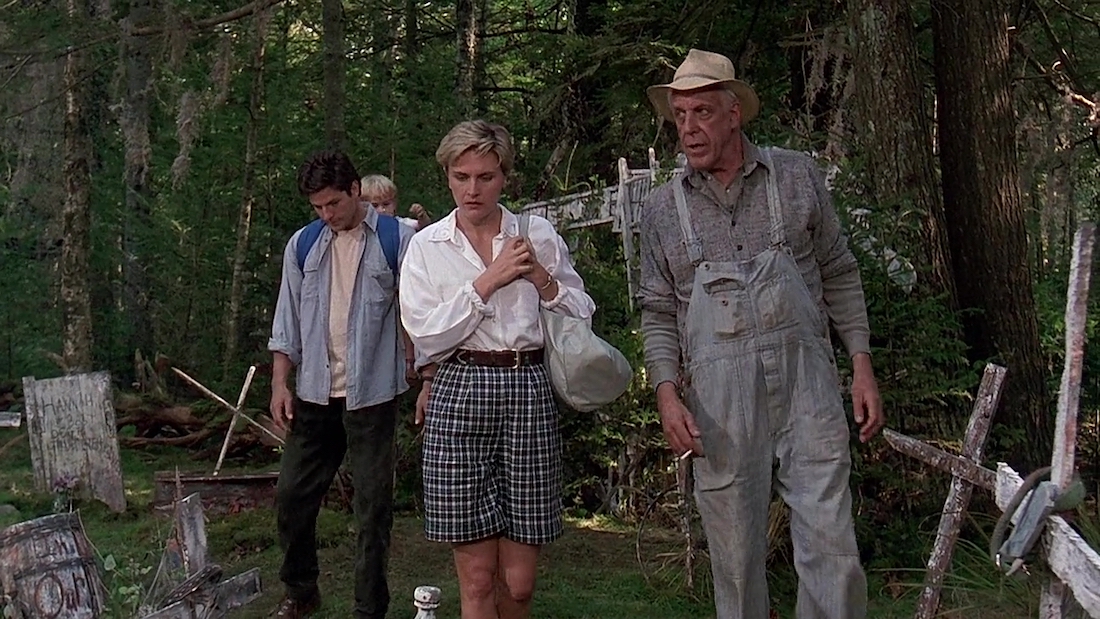 The short answer is yes. Pet Sematary is a damn good film and a perfect snapshot of ’80s horror: cheesy and humorous but also eerie and chilling. The filmmakers created deeply unsettling imagery that always lingered and has stood the test of time. The screenplay by King himself barely strays from his novel, following Dr Louis Creed (Time Trax’s Dale Midkiff) and his family as they move to rural Maine, New England. Behind their new house, a winding path leads to a strange pet cemetery—misspelt by local kids as a pet “sematary”—but it’s a second burial ground hidden behind the Pet Sematary that contains the power to reanimate whatever’s buried there. So when an unspeakable tragedy strikes, Louis makes some a poor decision that leads to terrifying consequences.

Mary Lambert began her career directing music videos (most famously Madonna’s “Like a Virgin”, “Material Girl”, and “Like a Prayer”), and her sense of style is on full display here. Everything is soaked in melodrama, imbued with just enough flamboyance and quirkiness to counteract such bleak subject matter. This was only Lambert’s second feature film after Siesta (1987), but it’s full of confidence and style. 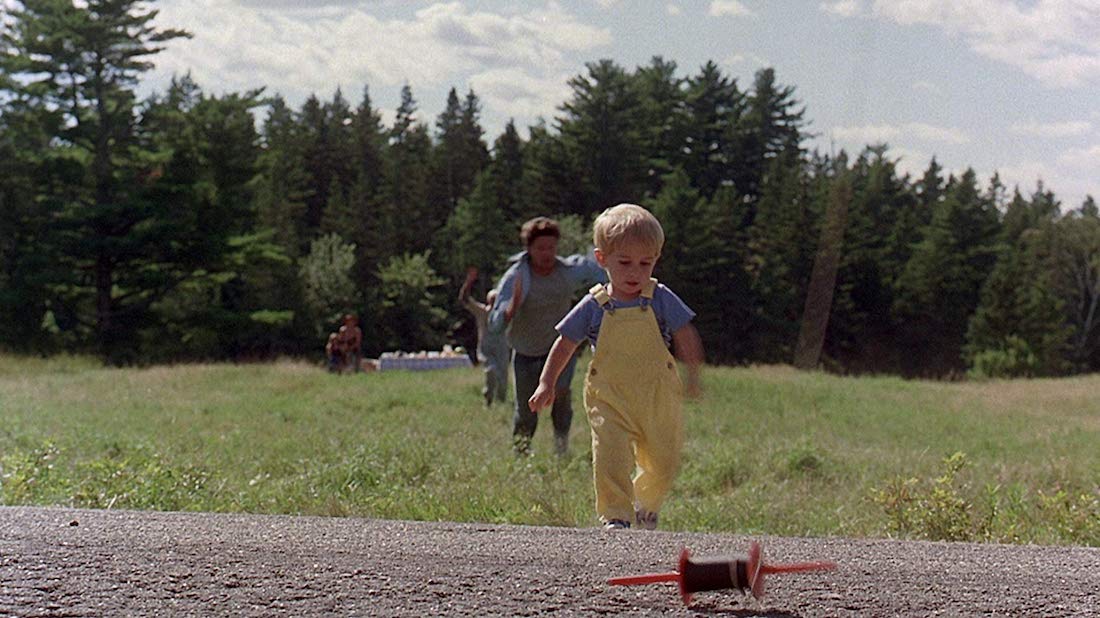 The MVP is undoubtedly Fred Gwynne (The Munsters) as Jud Crandall. He was the perfect actor to embody the mysterious yet empathetic old man who lives across the road from the Creed family. His deep-set eyes are the key to his whole performance: one minute, they’re twinkling, the next they’re heavy and worn. He’s the beating heart of the film.

Elsewhere, Brad Greenquist hams it up as Victor Pascow, the spirit of Louis’ deceased patient, and his scenes have a darkly comic air to them. Midkiff gives an anchoring performance as Louis, the patriarch descending into madness, while Denise Crosby (Star Trek: The Next Generation) impresses as his death-phobic wife but is marginalised for too much of the film. Blaze Berdahl and Miko Hughes play the Creed children, Ellie and Gage respectively, and both turned in impressive performances considering their young ages. But the most chilling performance comes from Andrew Hubatsek as Rachel’s diseased sister Zelda, mostly because the decision to cast an adult male as a sick adolescent girl gives the character a very unsettling appearance. 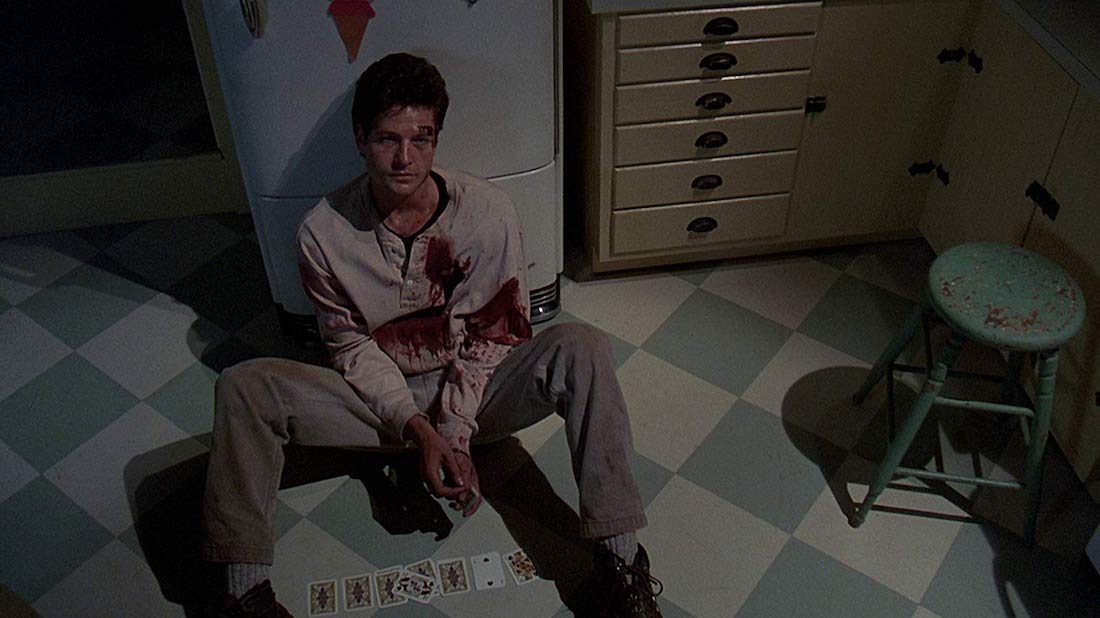 The centrepiece of the book and film, little Gage’s tragic road accident death, is absolutely gut-wrenching. Lambert shows so much without revealing very much at all. The shots edited together in the scene never show the death itself, but the absence of detail allows our imaginations to fill in the gaps to soul-destroying effect. It’s shocking without being trashy or gratuitous. When a kite symbolically drops out of a clear blue sky, my heart dropped with it.

Unfortunately, when Gage inevitably comes back from the dead to raise hell, it’s hard to believe he was run down by an eighteen-wheeler truck. Having a toddler revived as a disfigured monster didn’t translate to the screen particular well, but he’s still not as visually scary as he might have been. Still, the third act is suitably creepy nonetheless, enhanced by great camera work and sound design. Watching Louis have to do the unthinkable to his own ‘zombie’ son is heartbreaking. 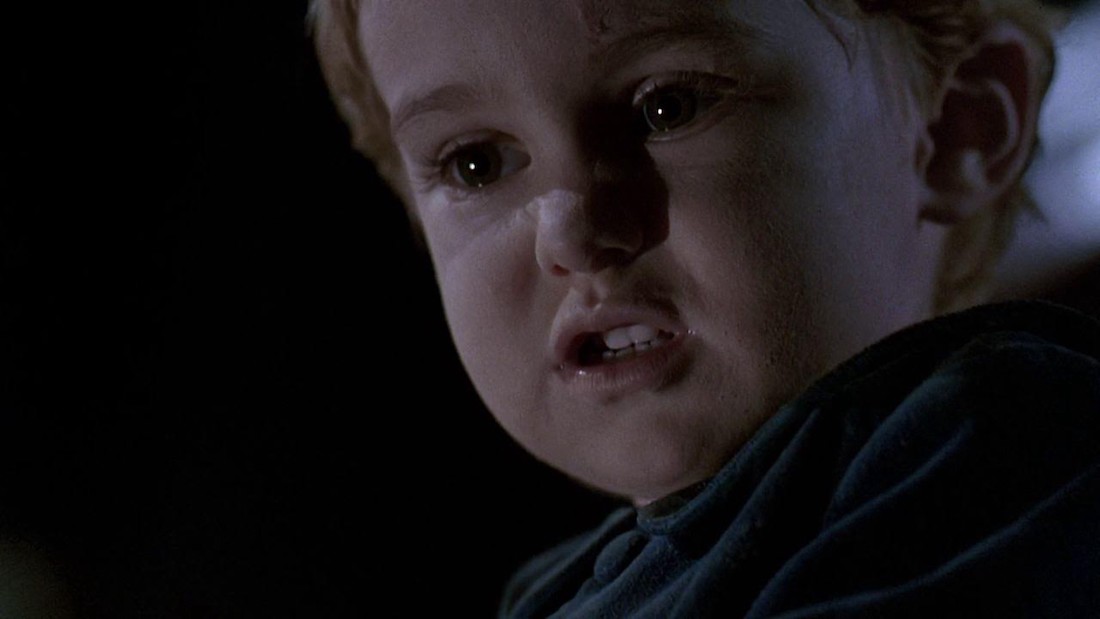 Of course, Louis doesn’t learn his lesson, resulting in a coda that’s deliciously gory and OTT. The original ending mirrored King’s novel and was more subtle, but the studio thought the finale needed to be scarier. Lambert took note and filmed what is perhaps the most disgusting kiss every committed to celluloid. It’s a wonderfully ghoulish note to end the movie on, made perfect by The Ramones playing over the end credits.

Modern audiences may find Pet Semetary rather slow, but the pacing is necessary and methodical. The carnage doesn’t happen until the third act, much like another King adaptation, Carrie (1976). The first two acts are certainly light on action but the script wisely takes the time to develop its story and characters. Motivations are established and the mythology explained carefully, giving the third act far more impact.

Perhaps the most appealing thing about Pet Sematary was how it explored dark themes most studio films wouldn’t touch. It unflinchingly stares death square in the face, rooting the story in human concerns about life, death, and grief. It’s clear the story is based on real events King experienced with his children. A story that could have easily been cheap and schlocky is handled with empathy and tact. Utilizing the taboo subject material, stylish direction, and an unnerving atmosphere, Pet Sematary still works extremely well. It may not be as horrifying as its VHS reputation suggests, but it’s still one of the best Stephen King adaptations. 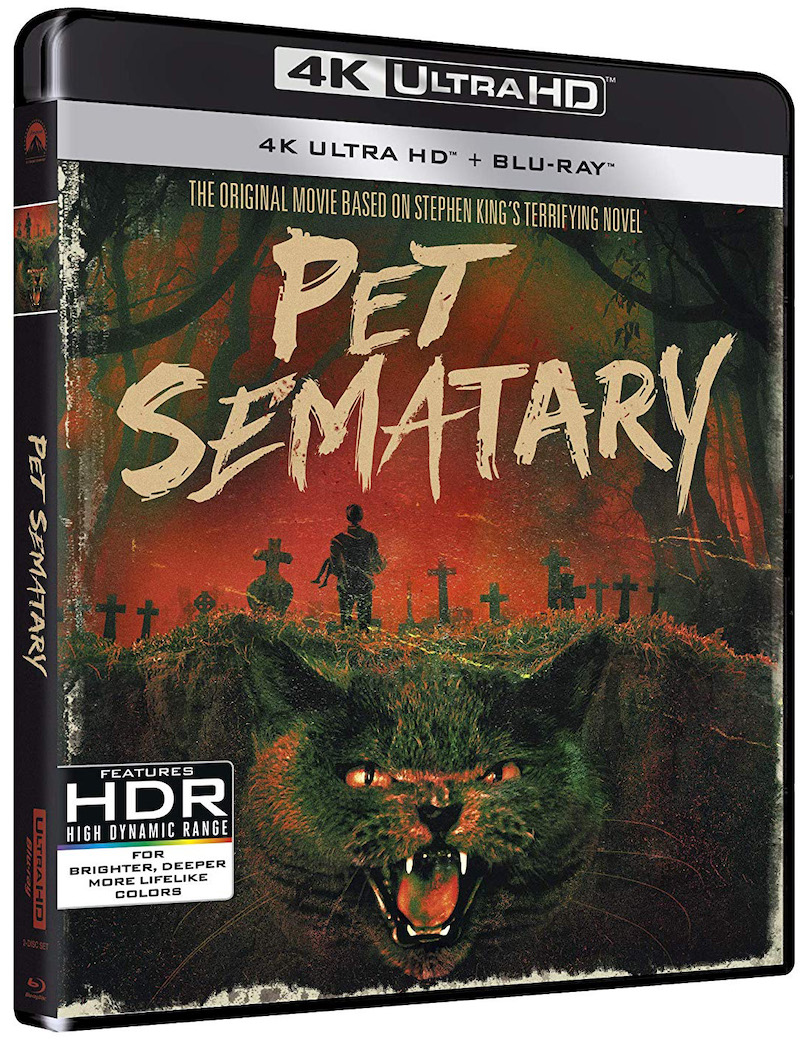 The 2160p/Dolby Vision restoration, supervised by Mary Lambert herself, is gorgeous. Despite dealing with bleak subject matter, this is is a surprisingly colourful move and has never looked as good on a home release. The colours are richer and the image is clearer than I’ve ever seen them, and there’s very little noise in the image. This is one of the best visual restorations of recent memory, frankly. The only disappointment is that the audio is the same DTS-HD Master Audio 5.1 track from the 2012 Blu-ray and not a new Dolby Atmos track.