Created by author Hugh Lofting, Doctor Dolittle first made his appearance in a series of 1920s children’s books, beginning with The Story of Doctor Dolittle about on an eccentric physician with the ability to speak to animals. Based on the second book in Lofting’s series, The Voyage of Doctor Dolittle, Rex Harrison famously sang his way through a musical version in 1967. More recently, Eddie Murphy brought his charm to the character in a modern update called Dr. Dolittle (1998), along with its 2001 sequel. Now, in his first movie since leaving the Marvel Cinematic Universe, Robert Downey Jr. takes over the role in Stephen Gaghan’s Dolittle.

Reportedly, this version of Dr. Dolittle was in trouble from the start. With an excessive budget of approximately $175M, Universal Studios overestimated public interest. Once the picture had finished shooting, more problems occurred during the intense post-production. After undergoing three weeks of reshoots due to poor test screenings, the studio then brought in Jonathan Liebesman (Teenage Mutant Ninja Turtles) to oversee some reshoots alongside original director Gaghan (Gold). Chris McKay (The Lego Movie) then assisted with rewriting the script alongside How I Met Your Mother co-writers Dan Gregor and Doug Mand, as to the original was failing to hit many funny notes. 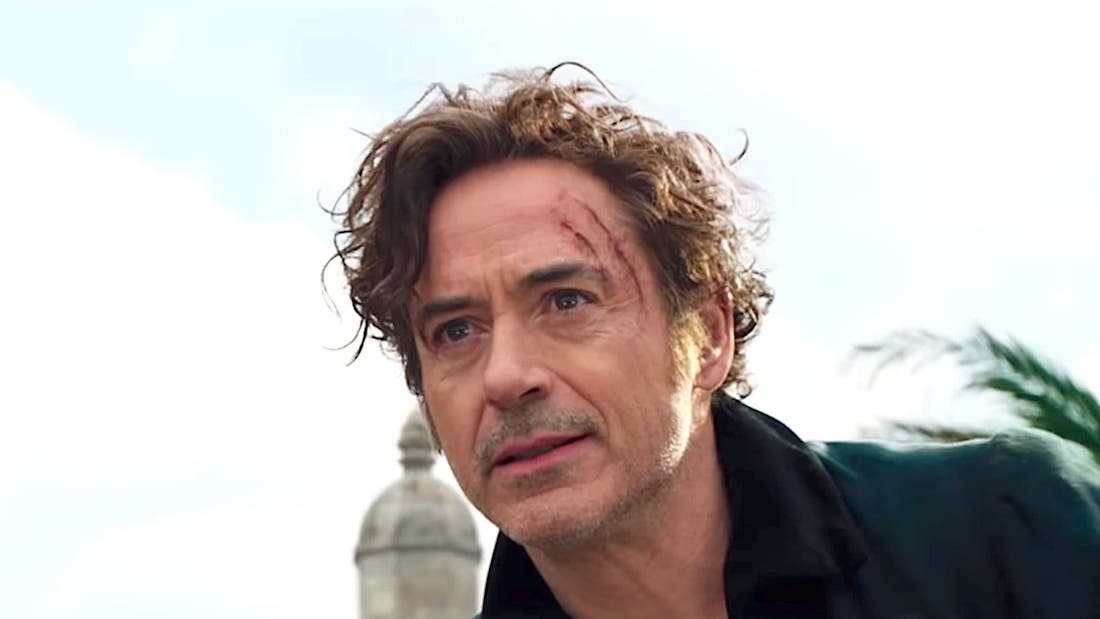 Dr John Dolittle (Robert Downey Jr.) is a man plagued by the death of his wife, who drowned at sea searching for the legendary Eden Tree. Spending many years hiding away in his sanctuary, the doctor lives alongside his animal companions. But after being disturbed by the young Tommy Stubbins (Harry Collet) after he shoots a squirrel, Dolittle is also called upon by Lady Rose (Carmel Laniado) to visit the dying Queen Victoria (Jessie Buckley) of England. But in order to save Her Majesty, Dolittle must retrace his wife’s final voyage and go in search of the Eden Tree and its magical properties.

Away from Marvel Studios, Robert Downey Jr. has always been a capable actor, from his likeable innocent in Chaplin (1992) to his spirited take on Sherlock Holmes (2009). Following Avengers: Endgame (2019) and a 12-year stint at Disney overall, the actor finally hung up his Iron Man costume to step into the shoes of the eccentric Doctor John Dolittle—a character he’s always had affection for.

A more whimsical and kid-friendly version of Tony Stark mixed with Sherlock Holmes, the actor’s take on John Dolittle also has characteristics of Jack Sparrow in Pirates Of The Caribbean (2003). But his performance never captures the magic that made Johny Depp’s roughish pirate so beloved. His eccentricity is still enjoyable to watch, however. Many critics have slated the actor’s accent work as a hybrid of Scottish and Welsh hybrid, as it often sounds like Tom Jones peaking into a fan. But when RDJ finds a groove, he’s still able to delivery outrageously clever and witty lines. And Dolittle himself does develop nicely as a character, as his heart softens and he remembers to encourage his animal friends. 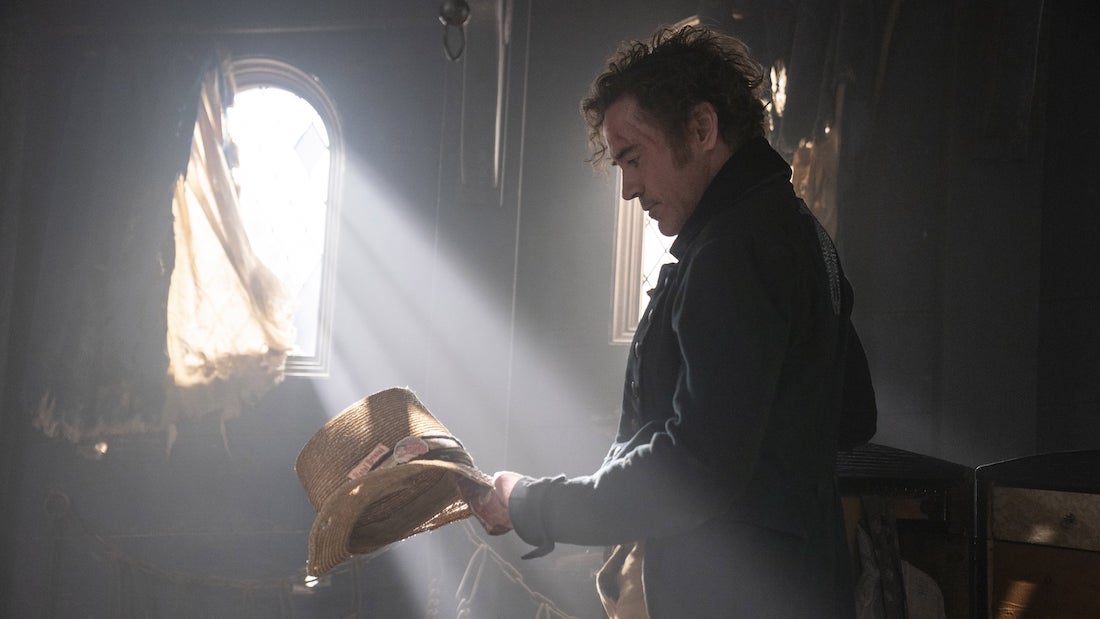 The antagonist is Dr Blair Mudfly (Michael Sheen). Like RDJ, Sheen’s also a multi-talented actor and is clearly committed to this role. He hams it up while maintaining a glint of true evil, even if Mudfly is ultimately a boring and cartoonish villain. In a minor role, Antonio Banderas (The Mask Of Zorro) plays the swaggering pirate Rassouli but is criminally underused as The King of Pirates. And that’s a shame because Banderas plays the role beautifully, full of mystery and intimidation.

Although each voice artist attempts to bring their own chemistry to the table, the script lacks confidence with the jokes. The result is most of the dialogue spoken by the VFX animals is unnatural and awkward; more playground catchphrases than cohesive dialogue. The overall message of making friends and helping others is lost due to each emotional beat being followed by an outdated joke, or a polar bear saying “bro”. Understandably, if one was to watch Dolittle through the eyes of a child, the crude slapstick humour involving a dragon, conversations about “butts”, and witnessing a tiger being kicked in the testicles, is perhaps enough to entertain a young demographic. 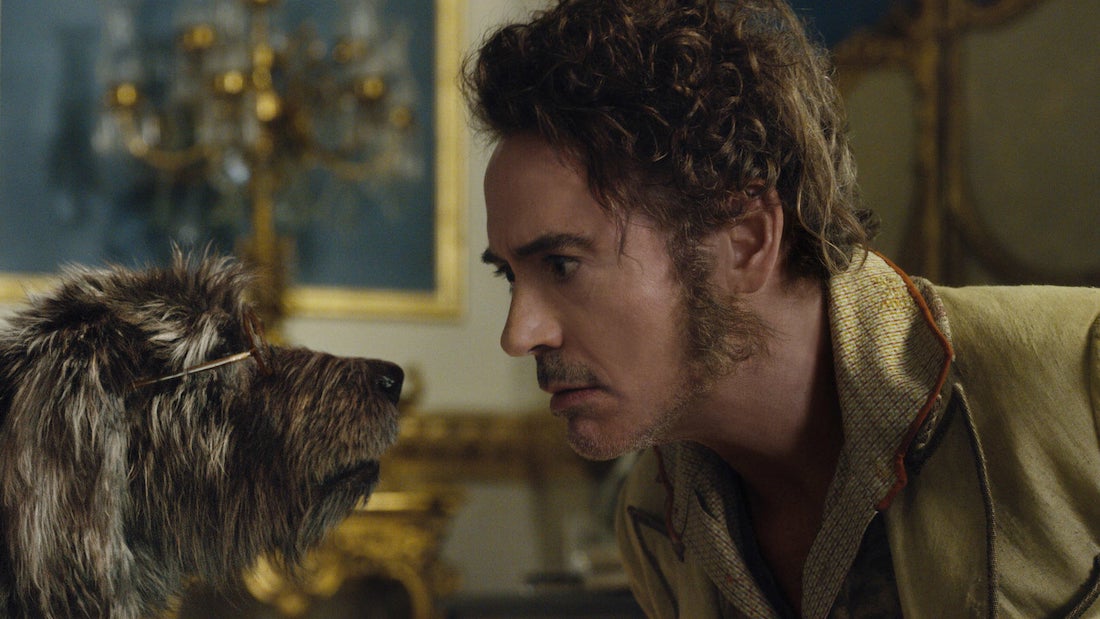 As Gaghan transitions from adult thrillers to children adventures, one can’t help but be reminded of George Miller. That Australian director went from the post-apocalyptic Mad Max series to making the children’s classic Babe (1995). Dolittle, however, fails to reach the same standard. Tonally inconsistent, the wonderful animated opening evokes a tone similar to Pixar’s Up (2009): a touching exposition on the tragic loss of the doctor’s wife. If the director consisted of this melancholy atmosphere, Dolittle could’ve made a similar emotional impact as Ang Lee’s Life Of Pi (2012). Instead, the director incorporates elements from other family features: Pirates of the Caribbean, The Sorcerer’s Apprentice (2010), and Paddington (2014). But it’s never cohesive and feels like a mish-mash.

That said, in small doses, there’s some charm to Dolittle. There are some genuinely funny moments between several animals, like a wisecracking dragonfly called James (Jason Mantzoukas) who’s heartbroken and suicidal after finding out his ex-girlfriend (an ant) is getting married. Or Craig Robinson (Hot Tub Time Machine) as a squirrel called Kevin suffering from PTSD and hellbent on revenge after being shot out of a tree by Stubbins. 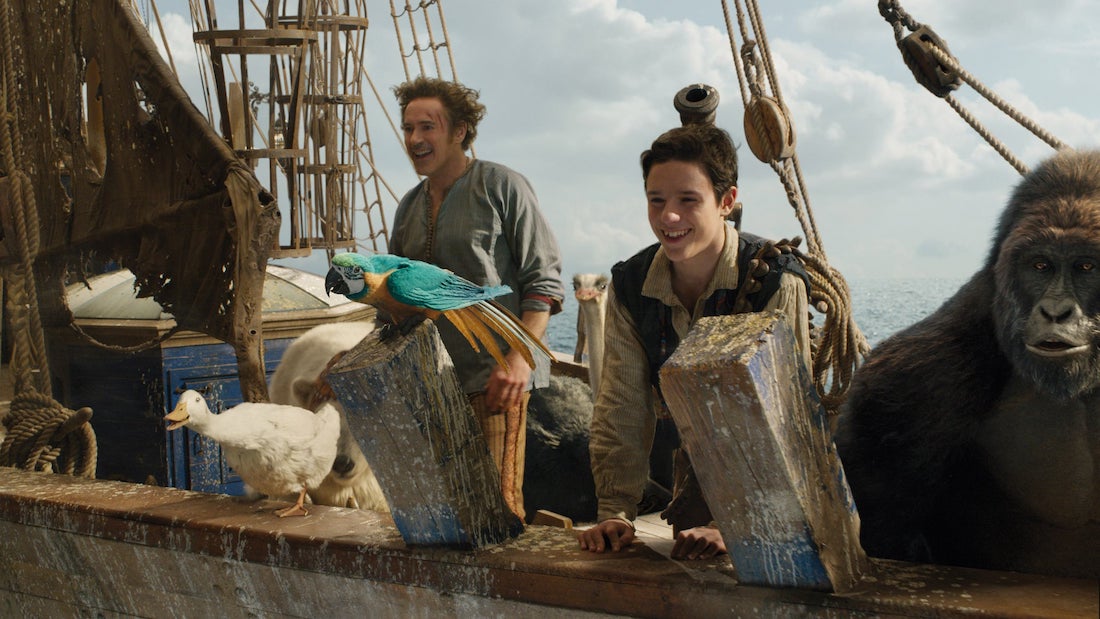 There’s also an early scene that’ll fly over the heads of youngsters, as the director makes a sly reference to another feature. Watching the doctor communicate with the animals begins as gibberish, but as the camera slowly zooms into his lips he begins to speak English—signalling we’re now watching a translated version of the dialogue. I couldn’t help but be reminded of John McTiernan’s The Hunt for Red October (1990) that used the same visual trick.

While the acting and script could have been improved, the look and feel of the movie is pleasing. Pan’s Labyrinth (2006) cinematographer Guillermo Navarro showcases gorgeous visuals with a vibrant sense of colour. The costume design by Academy Award winner Jenny Beavan also injects a breath of fresh air into scenes, combining her work in Sherlock Holmes and The Nutcracker and the Four Realms (2018). Danny Elfman’s whimsical score is also a delight, providing the feature with an emotional warmth whenever needed.

Overall, Dolittle feels like any other formulaic children’s film. Due to the rumoured production issues, overstuffed cast and script re-rewrites, the real sense of adventure that Stephen Gaghan intended is mostly lost. The CGI isn’t as photorealistic as The Lion King (2019), but it allows the expressions and emotions of the animals to shine through. Praise also has to go for Robert Downey Jr. for making a bold move switching from Tony Stark to Dr John Dolittle. While jarring at first, despite what many critics claim his performance is one of the few highlights. This isn’t a Cats (2019) level of disaster, but the 1998 rendition with Eddie Murphy remains a more entertaining adaptation of Lofting’s character. 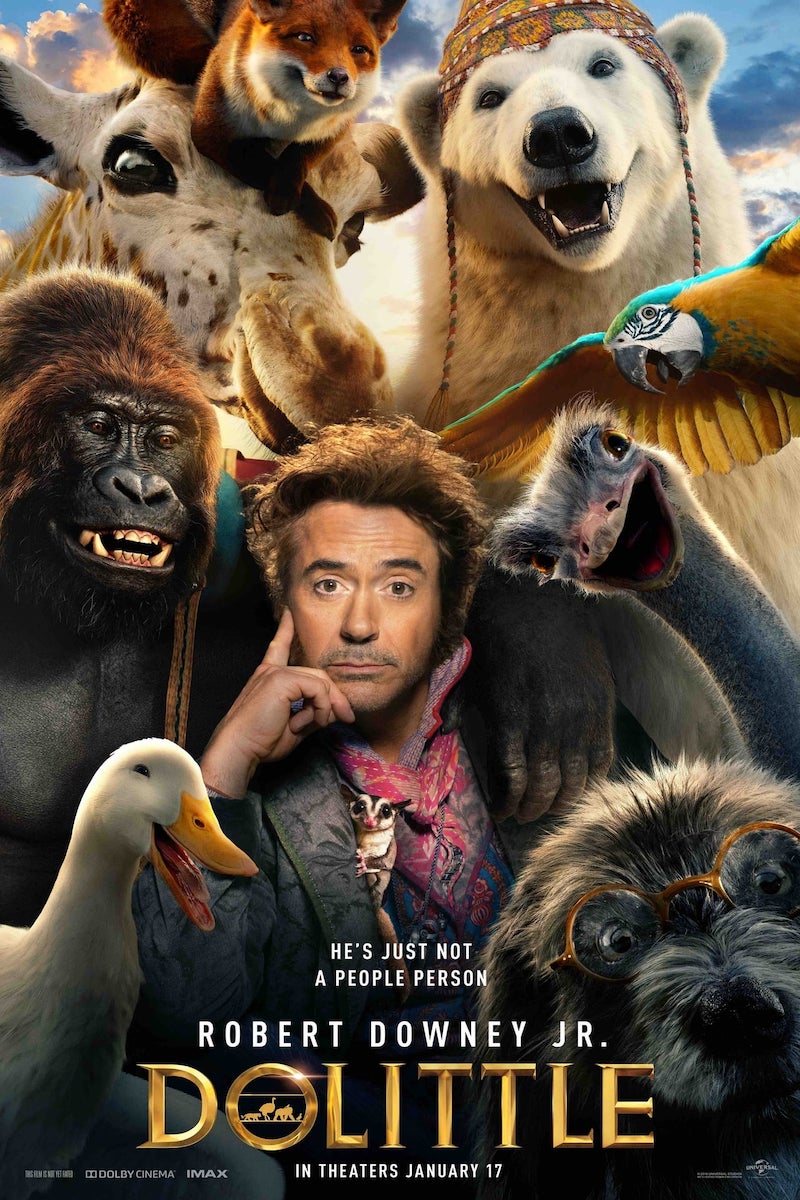