A chronicle of the years leading up to Queen's legendary appearance at 1985's Live Aid concert.

The long-awaited biopic of Queen frontman Freddie Mercury (Rami Malek) has finally arrived, after eight years of development, despite a worrying change of director (Bryan Singer replaced by an uncredited Dexter Fletcher for the last 16 days of shooting).

Rami Malek (Mr Robot) delivers an uncanny portrayal of the late Mercury; every movement, every word, every mannerism evoking the iconic rock star perfectly. It’s the kind of portrayal that would save even the weakest Queen biopic, and it would be a crime for it to not be acknowledged come awards season.

We’re introduced to Freddie in 1970, when he was still known as Farrokh Balusara, working in baggage at London’s Heathrow Airport. After watching a smalltime university gig of a band called Smile, Freddie meets lead guitarist Brian May (doppelganger Gwilym Lee), bass guitarist John Deacon (Joseph Mazzello), and drummer Roger Taylor (Ben Hardy), then convinces them he should be their lead vocalist. And that, in essence, is how the world-conquering rock band Queen was formed. 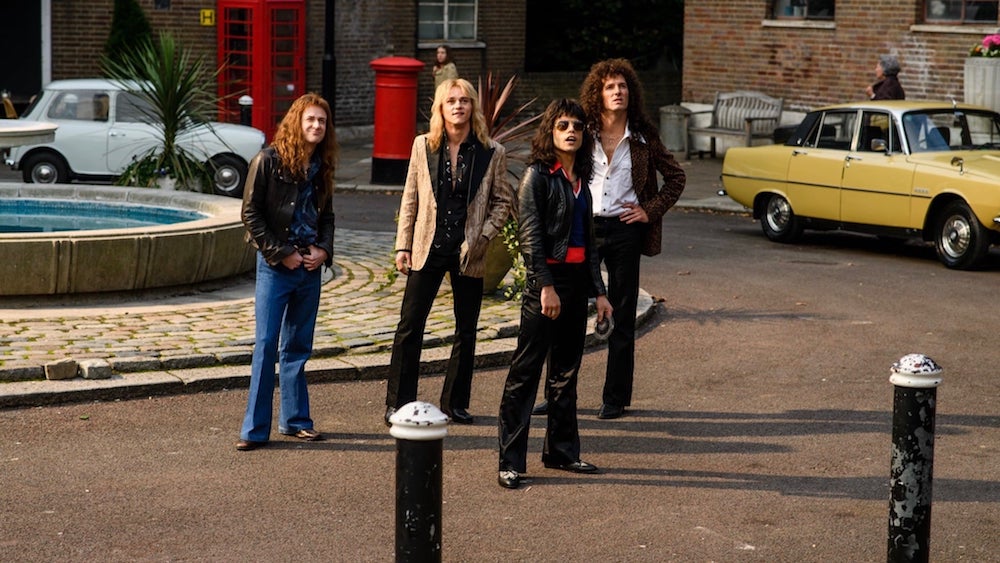 Queen’s subsequent rise to global fame is told through vignettes that are jolting and badly edited together, often arriving without context or connection. The various ‘lightbulb moments’ scattered throughout the film make it seem like Queen had an easy ride to the top, with barely any controversy or doors being rudely slammed in their faces. It also fails to show how innovative they were when they arrived on the scene, and why their songs are still being played almost 50 years later.

There’s a lot of buildup to the titular song “Bohemian Rhapsody” being written, and the record executive who originally turned it down, but very little of the effect it had on music history. Huge chunks of Queen’s growth is rushed past or skipped, often jumping from performance to performance and haircut to haircut. If you don’t come to the film with a working knowledge of the band’s meteoric rise, chances are you’ll feel buffeted by the film’s choppy timeline. 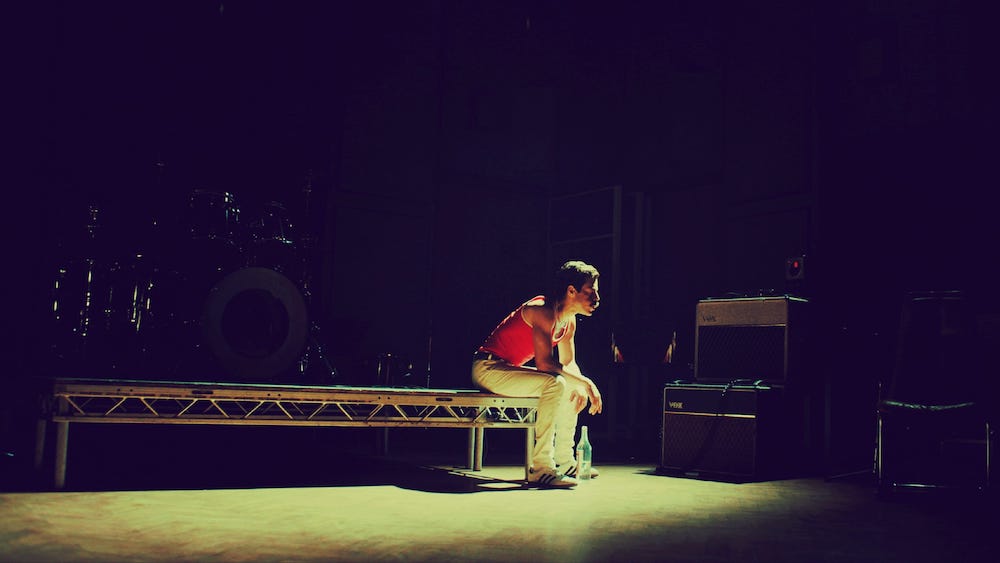 There are also two overlong montages that border on Spinal Tap (1984) sketches in their cheesiness, and the footage of the band on stage are the least interesting and most indulgent moments. Bohemian Rhapsody offers brief insights into how hits like “We Will Rock You” and “Another One Bites the Dust” came to be (proving ever member of the band had input in their hits), but it ignores triumph’s like their work on Flash Gordon (1980), Freddie’s dabblings with opera, and their collaborations with David Bowie.

Screenwriter Anthony McCarten (The Theory of Everything) structures Freddie’s life as if all roads led to their 1984 performance on Live Aid, and it doesn’t quite work. Luckily, while there was early concern Mercury’s sexuality was going to be brushed over, this isn’t true. The film certainly plays things relatively safe because of the 12A rating (Freddie’s explicit parties are glossed over, disappointing those who know what went on), but his battle with AIDS is handled respectfully. The main love of Freddie’s life, aside from his army of cats, was Mary Austin (Lucy Boynton), and their relationship gets the screen time it deserves. 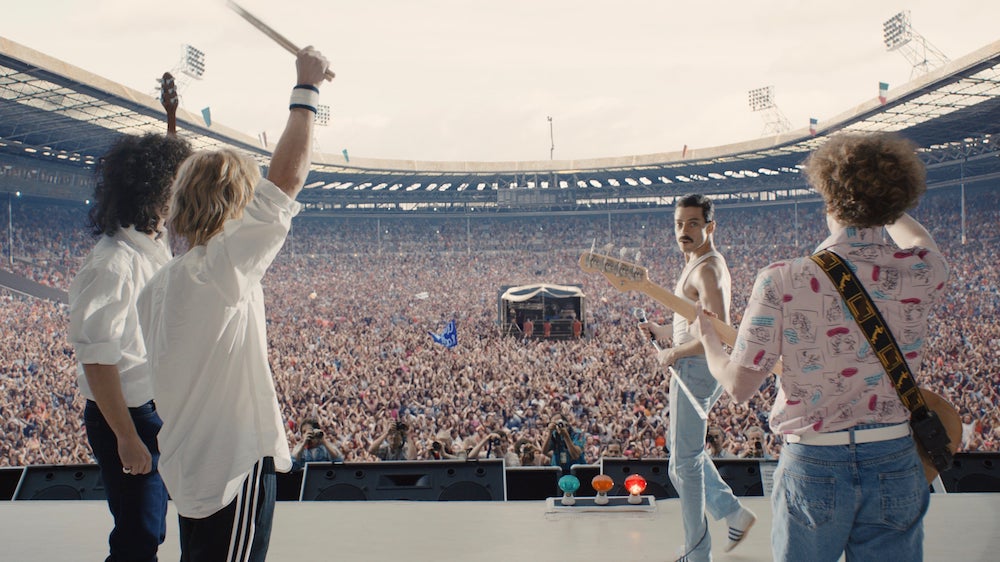 The Live Aid sequence, which the movie dedicates significant time to in the third act, thrillingly captures a high point in not just Queen’s musical career but for live rock in general. This is where you really can see how much Rami Malek studied Freddie’s movements and style of performance. If you’re not a fan of the band’s music, it may seem incredibly long and self-indulgent, but it’s also where cinematographer Newton Thomas Sigel (Drive) and editor John Ottman (X-Men: Days of Future Past) are firing on all cylinders. You can really feel the band’s electricity and understand why Freddie Mercury is one of the greatest performers who ever lived. Some might argue you can watch the real thing on YouTube, but seeing this lavish reconstruction on the big screen almost makes you want to stand up and applaud at the end.

Written By
Amelia Harvey
More from Amelia Harvey
The general manager at a highway-side ''sports bar with curves" has her...
Read More