The universe is in ruins, but with the help of remaining allies, The Avengers assemble once more in order to undo Thanos' actions and restore order...

How do you follow Avengers: Infinity War (2018), a film sold as the culmination of the Marvel Cinematic Universe (MCU), which unexpectedly left the door open for round two? Well, you go smaller—literally. The majority of Avengers: Endgame is a more intimate and focused piece of work than its predecessor, which stands to reason, considering half the universe was wiped out at the end of Infinity War. There are now fewer pieces on the metaphorical chess board, so Endgame has to conclude the story with the original Avengers assembling for a “time heist”.

Avengers: Endgame (hereafter Endgame) is impossible to review without spoiling something. The marketing’s done an uncharacteristically excellent job keeping its secrets, so a smidgen of information is a klaxon for spoiler-adverse fans. With that in mind, tread very carefully, but the assumption is you’ll be reading this after seeing it, which is highly recommended… 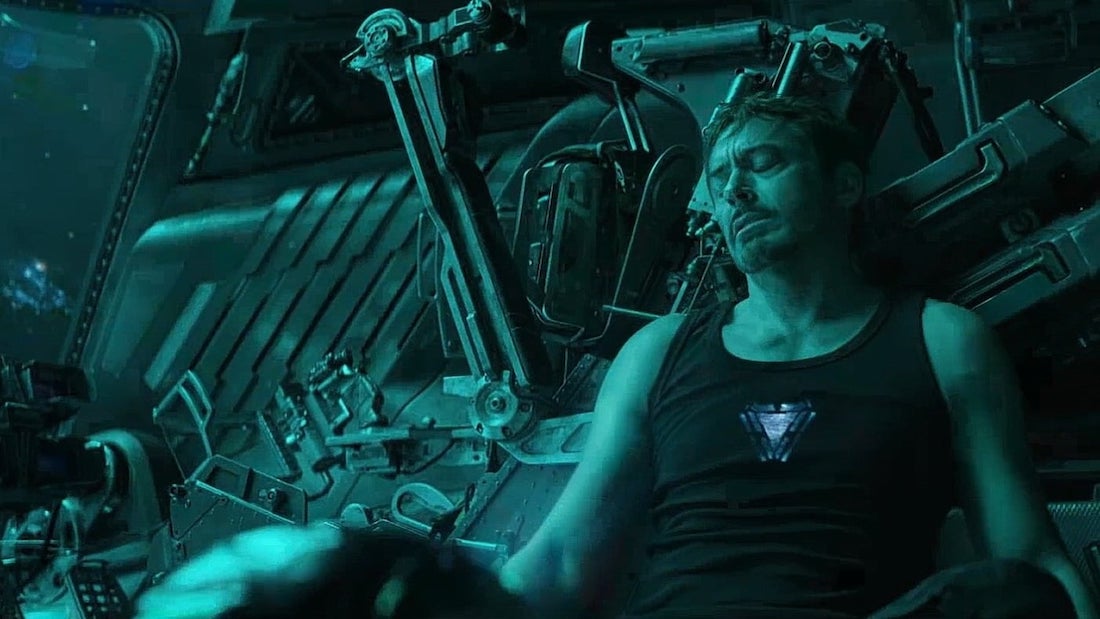 The first third of Endgame subverts many expectations, beyond the fact the surviving characters of Thanos (Josh Brolin) ‘snapping’ half of every living creature out of existence are licking their wounds. Clint Barton/Hawkeye (Jeremy Renner) lost his entire family, making him the Nora Durst of this Leftovers situation; Steve Rogers/Captain America (Chris Evans) sits in on support groups for those left behind and suffering from PTSD; Natasha Romanoff/Black Widow (Scarlett Johansson) has become a focal point for the remaining Avengers and let her roots grow out; Tony Stark/Iron Man (Robert Downey Jr.) is marooned in deep space with “blue meanie” Nebula (Karen Gillan) and low oxygen reserves; and Scott Lang/Ant-Man (Paul Rudd) was indeed spared disintegration because he was trapped in the Quantum Realm (see: Ant-Man and the Wasp), so arrives home with a crazy plan to use that microscopic universe to travel through time and steal the Infinity Stones before Thanos collects them.

I don’t think it’s too much of a spoiler to say The Avengers eventually reunite behind this bold plan, intending to do “whatever it takes” to change history, and the movie lovingly revisits iconic moments from the MCU, Back to the Future II-style. 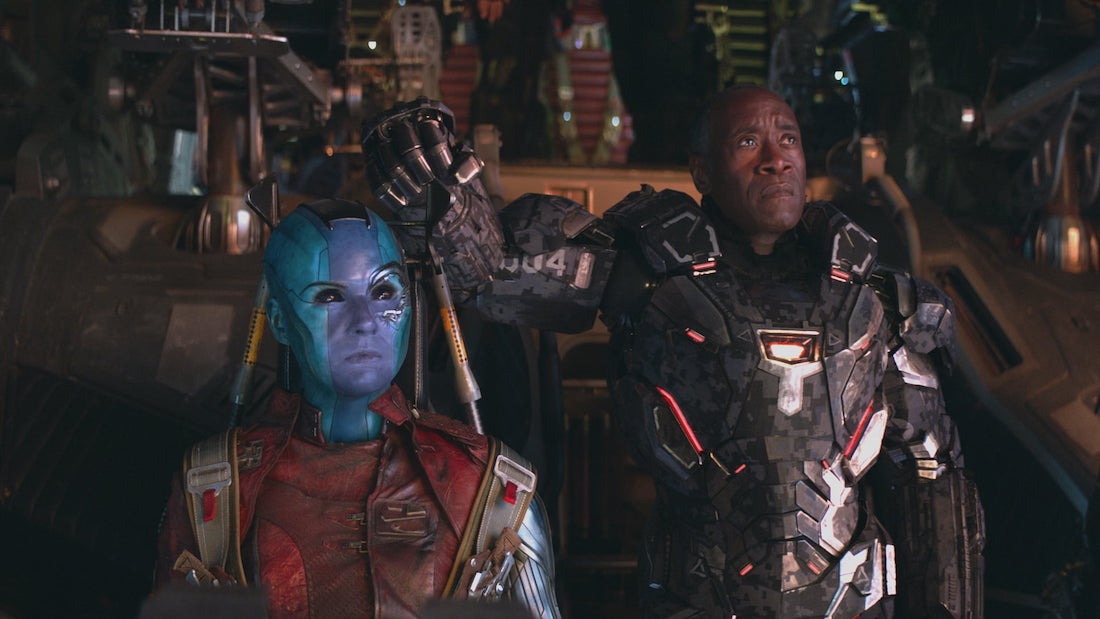 The surprising thing about Endgame is that it’s surprisingly low-key for long stretches. That’s understandable because the characters are and grieving over a colossal defeat, but early on the story takes a left-turn that sucks more air from its own sails. It then becomes a peculiar blockbuster, with a few divisive creative decisions that don’t get undone, particularly in respect of how Thor (Chris Hemsworth) and Bruce Banner/Hulk (Mark Ruffalo) have been physically and mentally changed by “The Snap”.

Infinity War offered audiences a fantastic balance between snarky humour, breathless action, and robust drama… but Endgame doesn’t handle things as evenly. The drama’s still definitely there, but it’s on a sombre footing because the writers can’t treat the loss of trillions with too much lightness. The quippy humour is intact, but not as many jokes land perfectly, and a few of the areas being mined for comedy get tiring—not least the frustrating way people keep treating Ant-Man with zero respect. 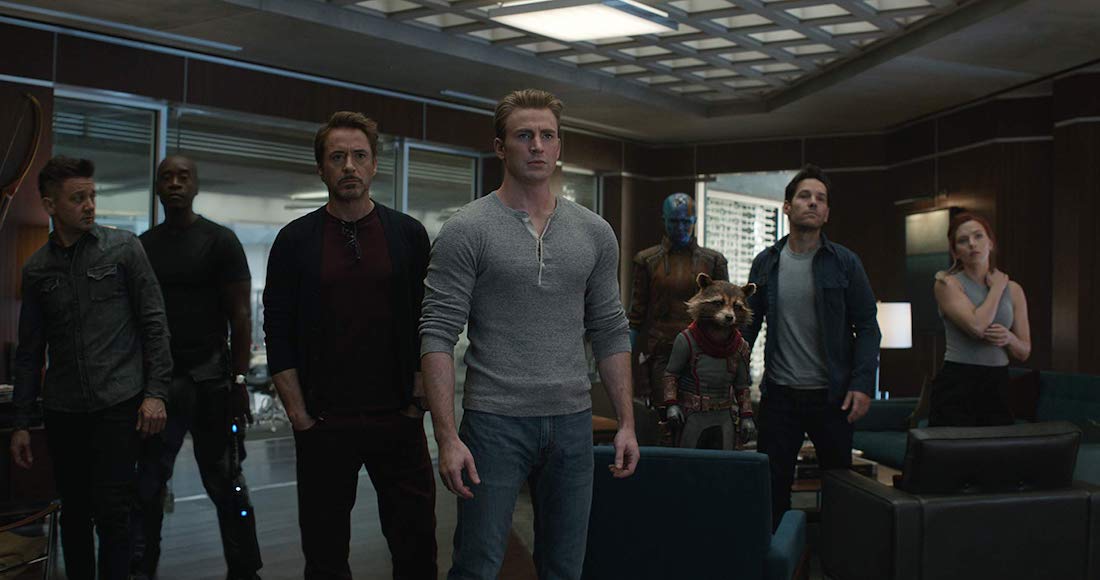 The action is epic and gorgeously stitched together by legions of unsung VFX artists, but it’s more backloaded than Infinity War’s ebb and flow of set-pieces. And, while one’s gargantuan in scope, not many of the brawls are as memorable as that smaller-scale grapple trying to pin Thanos down on Titan. Fortunately, many of the emotional highs in Endgame are paying off things set up by Infinity War, or ending years-long arcs of major characters, so it can certainly be argued the peaks of Endgame are much higher.

What works about Endgame is that it lives up to its title because this is certainly “The End” of the MCU— as we’ve known it. Things will be markedly different going forward, so Endgame may come to be seen as the end of the MCU’s “Golden Age”. Who knows if it’s all downhill from here, but with ascensions for Falcon (Anthony Mackie) and Valkyrie (Tessa Thompson), plus a character in aloof Captain Marvel (Brie Larson) still causing problems due to her apparent invincibility, it’s going to be a different place. Comic-books always evolve the narrative and have different characters assume the mantle of various superheroes, but comics can hit restart and embrace the classic formula whenever they like. I’m insanely curious where the MCU will be in another decade when the original characters have all died in battle, the actors too old to continue, or their titles now belong to a younger protege. Will casual filmgoers accept second or third generation hand-me-downs, or will Marvel have to grudgingly hit the reset button and find a way to recast? 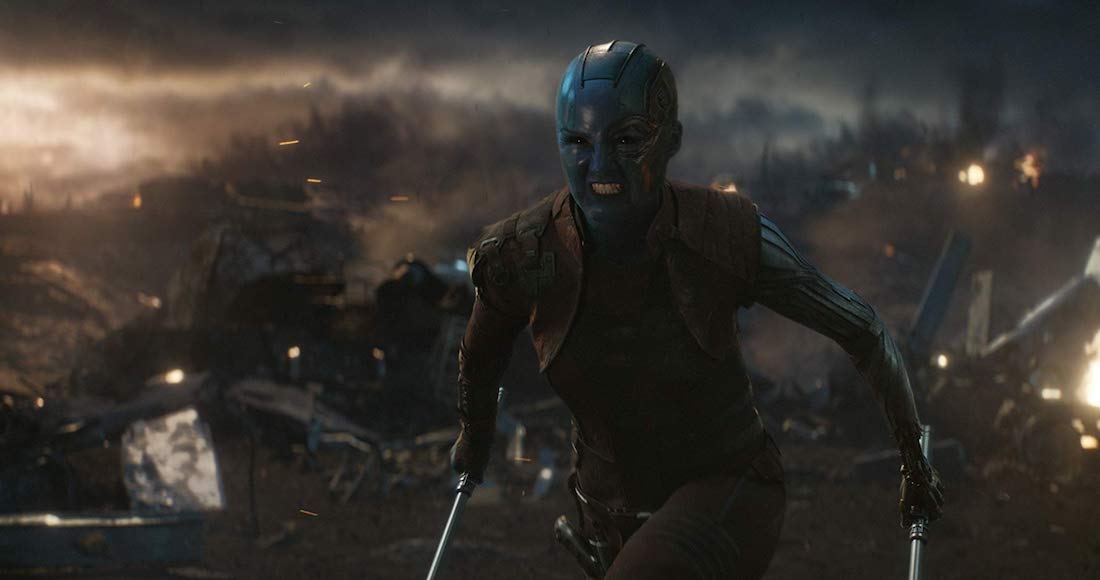 In terms of performances, it’s a welcome surprise that the standouts are Scarlett Johansson and Karen Gillan, as both their characters get the most interesting material to chew on. Everyone else is as good as one expects them to be after so long in these roles, although it’s a surprise to find newest star Larson booted around as Captain Marvel, with the writing generally making her seem arrogant and conceited. There are also a lot of unexpected cameos, not least the final one by Marvel legend Stan Lee, that will have fans of the MCU (uh, and Community) whooping in delight.

Avenger: Endgame was always going to present a difficult challenge, as Infinity War was so warmly embraced and exciting for fans of these interconnected films. And it goes in a different tonal direction, for the most part, being more of a look at these superheroes in their middle-age; finding unexpected closure with dead parents, longing for a normal life and family, finding the wisdom of age to achieve balance with your angrier impulses, and even the loss of one’s youthful physique into stomach flab. Endgame doesn’t blow the final whistle on a disappointing climax, but some of the play is questionable and could frustrate those expecting Infinity War’s energy and hilarity. However, while one might not agree with where the journey stops off along the way, Endgame leads to an invigorating and bittersweet way to close the “Infinity Saga” and look to a new beginning.

Written By
Dan Owen
More from Dan Owen
The dying words of a thief spark a madcap cross-country rush to...
Read More