I don’t think anybody expected The Leftovers to kill its protagonist, Kevin Garvey (Justin Theroux), last week—after he drank poison at the behest of a numinous old man who promptly blew his own brains out with a revolver. It was a jaw-dropping cliffhanger, and “International Assassin” follows it with this show’s most audacious episode; one fans will be analysing, interpreting, and theorising about for a long time.

While The Leftovers painted itself as a down-to-earth human drama last year (albeit one taking place after a paranormal event of global magnitude), season 2’s seen the show become increasingly more supernatural and Stephen King-like. Damon Lindelof is best known for showrunning Lost, and this year’s undoubtedly taken a few cues from his earlier hit. We’re not quite at the stage where subterranean frozen donkey wheels are being used to make islands vanish, but “International Assassin” registers much stronger on the Fortean spectrum. 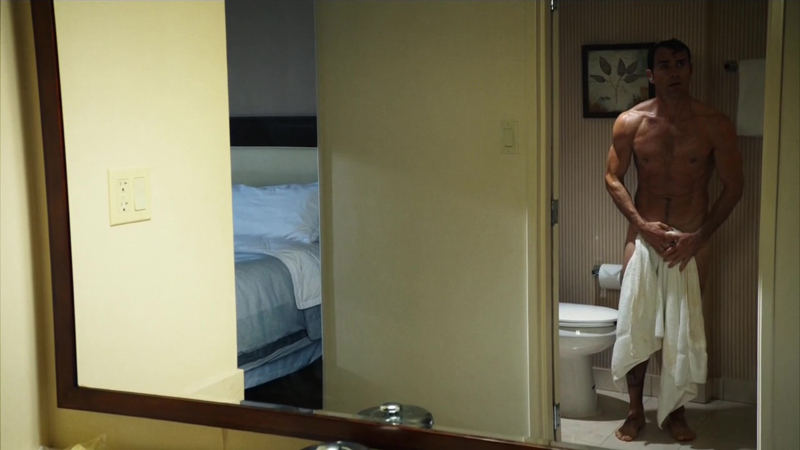 After his suicide, Kevin Garvey woke up naked in the bathtub of a high-class hotel, to apparently ordain himself a ‘hitman’ by choosing the appropriate clothes from wardrobe (shades of Mr Benn, no?) After narrowly defeating a deliveryman sent to kill ‘Kevin Harvey’ (his terrible alias), Kevin sought help from a familiar-looking concierge—Virgil Murphy (Steven Williams), who’s preoccupied with a tiny bird flying around the building. In the parking garage minutes later, Virgil apprised Kevin of this crazy situation: he’s posing as a campaign donor to Presidential candidate Senator Patti Levin (Ann Dowd), whom he must assassinate during a meet-and-greet in her room, using a gun hidden in the cistern of an adjoining restroom’s toilet.

To relate the in’s and out’s of Kevin’s day would become monotonous for those who’ve seen this episode, but it’s pretty clear the hotel was a construct of the afterlife—populated by long dead characters like Guilty Remnant martyr Gladys (Marceline Hugot), who’s now Senator Levin’s head of security, or ‘Holy Wayne’ (Paterson Joseph) the loyal bodyguard Kevin finds on the toilet—which is where they had a heart-to-heart before he died. 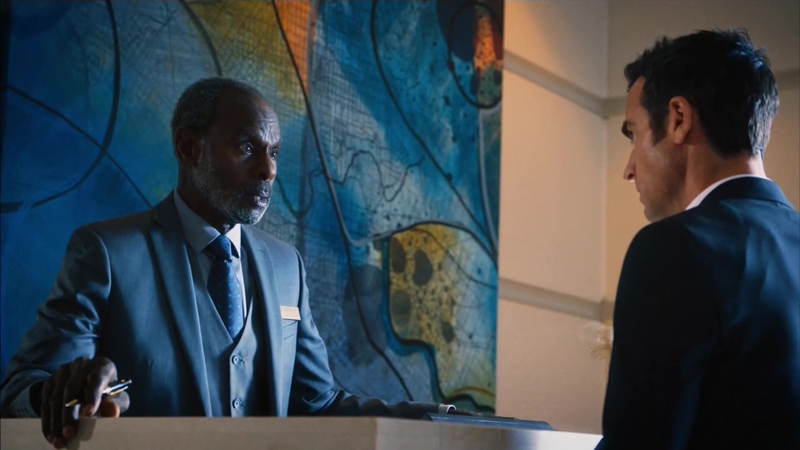 It seems like the afterlife really exists on this show—although there’s enough ambiguity written into events to keep things uncertain, because everything could be happening inside Kevin’s head in the nanoseconds before his heart stopped beating. Even accepting the hour ended with Kevin clawing his way out of a shallow grave, to the amazement of his gravedigger Michael (Jovan Adepo), it’s possible that Virgil’s poison simply gave the illusion of death—whether that was intended or not. And there wasn’t much information Kevin gleamed in the hotel afterlife that he didn’t actually know already, or could’ve made up and can’t be easily verified—like Patti’s anecdote about her time as a contestant on Jeopardy!, where a fellow player’s unnerving off-camera silence appears to be the reason she decided her Guilty Remnant cult would be mute.

Still, I like to think the afterlife presented here was real, if only because it made sense to me. I also liked its rules. When you first arrive you can take on an identity to fulfil a subconscious mission, but staying too long leads to a deep ‘thirst’—but drinking the hotel’s water effectively locks you into your role, your place on the other side, and erases memories of your mortal existence. A fact demonstrated when Virgil evidently forgot about Kevin and his assassination plot, and his earlier compassionate feelings for that trapped bird trapped. Some people arguably have it worse, and remember their former lives but are condemned to inhabit their roles—such as Patti’s lowlife ex Neil (Gary Basaraba), with his previously mentioned fetish for coprophilia. A disgusting figure we later discover had the real Patti held captive—or, rather, her “soul” with its true appearance of a little girl, whom Kevin must rescue and take to the ancient ‘Orphan Well’ at Jarden to return home. 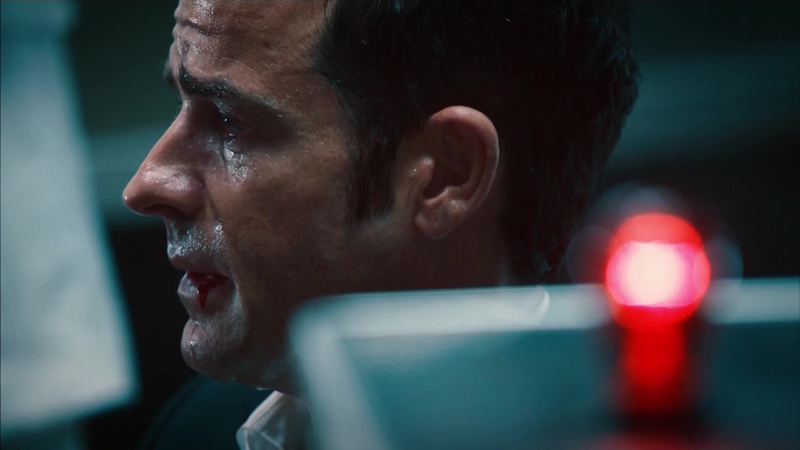 Water’s always symbolised the link between our world and the hereafter, and this was certainly true throughout “International Assassin”; Kevin entered the spirit realm by drinking a deadly liquid, appeared inside a bathtub filled with water, then return to the world of the living by drowning Patti and himself in the depths of an old well known by indigenous Indian tribes as a dimensional gateway. Also very interesting that in the afterlife-Jarden, the Miracle Lake is still full of water—as the lake is conspicuously empty in the real world after an earthquake. It’s almost as if that water can’t exist in two dimensions at once, but currently resides on the other side of the well’s portal. Is there a chance we’ll discover the lake’s water is back next week, as Kevin’s return was heralded by another earthquake?

This was another fantastic episode, but one I’m sure evoked its fair share of furrowed brows. Was it a step too far into the otherworldly? Then again, how many people are watching The Leftovers (a show about 2% of the world’s population vanishing) who’d be against a Twilight Zone-y episode like this? I can’t help but remember that Lost made a similar creative choice in its sophomore year, with a season that embraced more overt sci-fi ideas than the first. It seems Lindelof likes drawing audiences in with a seemingly ‘straight’ and very relatable drama (keeping odd stuff bubbling on the fringes), before the weirdness begins to take over. Or maybe these last few episodes will be considerably more typical of The Leftovers, marking “International Assassin” out as a left-field experiment? 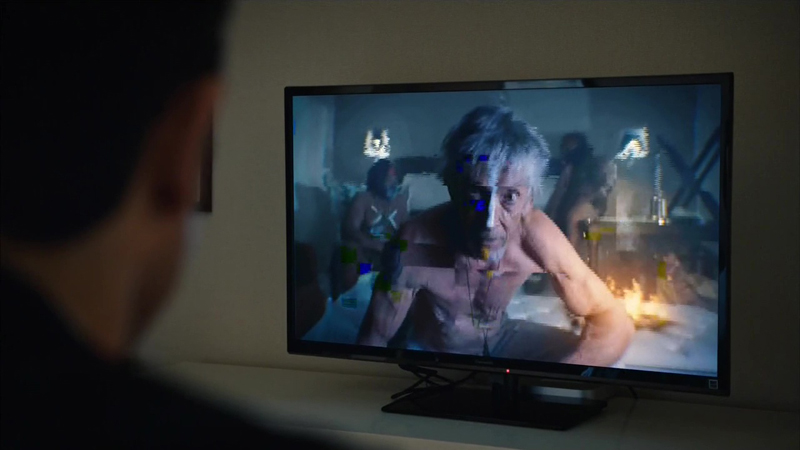 Whatever your own thoughts and interpretations, it’s hard to deny this was a very memorable and intriguing hour of television unlike anything else around right now. I loved Kevin’s journey of self-discovery, too—beginning his day naïve and bewildered, then determined to kill his “adversary” Patti to return home, then realising she’s not really the enemy… she’s just a lost soul like him, and someone he could perhaps have been friends with under different circumstances.

In a world full of great loss, new connections is what those left behind really need. God knows what god-fearing Michael’s going to do now Kevin’s been resurrected (worship him?), but if he remembers his grandmother’s tale about the buried birds… it’s time to make a wish, Mr Murphy! 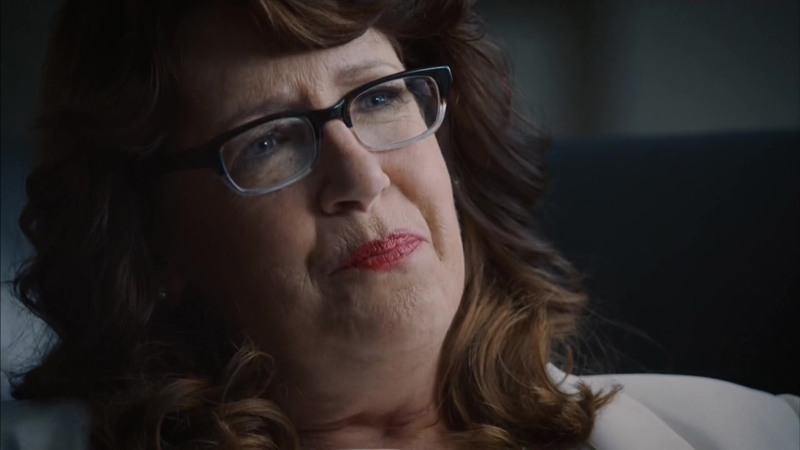 Final Song: “I’ve Been Buked and I’ve Been Scorned; Most Done Travelling” by the Tuskgee Insitute Singers.