Well, everything’s coming into focus now as we head into the final straight. Or at least we have a pretty good idea of how most of our disparate gang end up in the Slough bunker, and why some of them are wearing such, um, unexpected outfits. This was an episode of You, Me & The Apocalypse that was largely plot-driven, as the last clues were slotted into place ahead of next week’s final episode. As such it lacked a little of the intensity of last week’s bleak outing, but there was still a great deal to enjoy as the truth about both ‘Operation Saviour’ and ‘Project Genesis’ were finally, brutally, revealed… 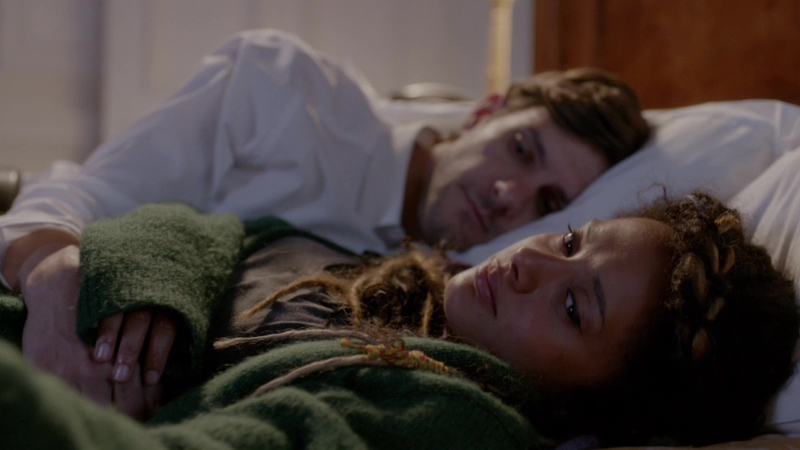 Poor old Jamie (Mathew Baynton). As he said himself, he just wanted one moment in time when he was happy and not sad, and yet as long as his evil twin exists that moment seems destined never to be. Even his happy reunion with Layla (Karla Crome) and Frankie (Grace Taylor), and subsequent attempts to play happy families in Slough with Paula (Pauline Quirke) and Dave (Joel Fry), were marred by the news of Jude’s death and the arrival of a distraught Celine (Gaia Scodellaro). All he wanted was the chance to have a weekend break in Windsor with the love of his life and their daughter; instead, he ended the episode wearing a sweatshirt and boxers, handcuffed to a chair and sealed inside own bank’s vault… while Ariel smugly slipped into his life, overcoming his OCD tendencies for long enough to delay possible suspicion. As it stands, Ariel not Jamie, will be heading to Sutton’s (Diana Rigg) bunker of salvation… although I’d say the narrator is definitely Jamie, given he’s wearing the blue sweatshirt of doom… so maybe there’s hope for our hero yet? 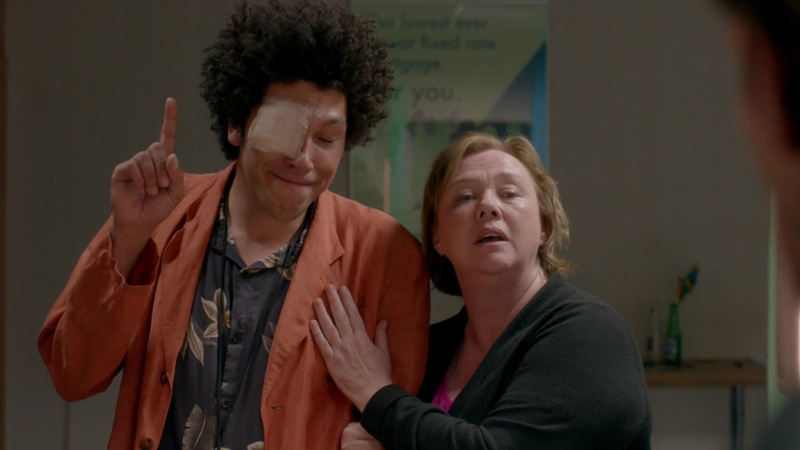 That said, I don’t know what Jamie’s going to say when he finds out that his mum is planning to marry his best mate! Dave and Paula celebrated the re-impending end of the world in properly British fashion, by getting stocious and deciding that a wedding was the answer to all life’s ills (and to be fair, it probably is if you’ve spent all the time up until now playing Angry Birds). I’d love to know where they manage to drag up the wedding outfits they’re wearing in the bunker, and indeed how they end up in said bunker as well. No doubt next week all will be revealed… 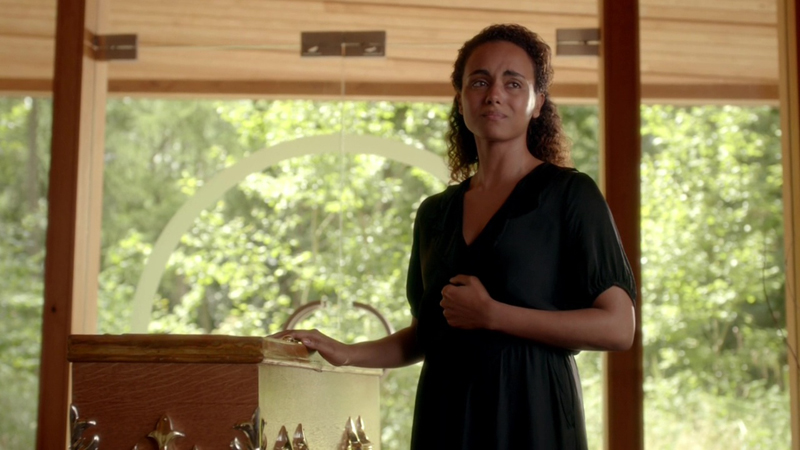 One thing that was cleared up: Sister Celine’s reconversion. After spending Jude’s (rather sorry) wake getting drunk on vodka in a pub in Slough, she underwent a Damascene conversion in a pub toilet—in which God spoke to her and explained Celine had always been part of her plans. Yes, that’s right, her. It turns out God in corporeal form is actually Absolutely Fabulous’s June Whitfield, which to be honest is something that makes perfect sense given her mixture of kindness tinged with asperity. No wonder Celine promptly got back into her nun garb; I’d be inclined to do whatever the great June said as well! 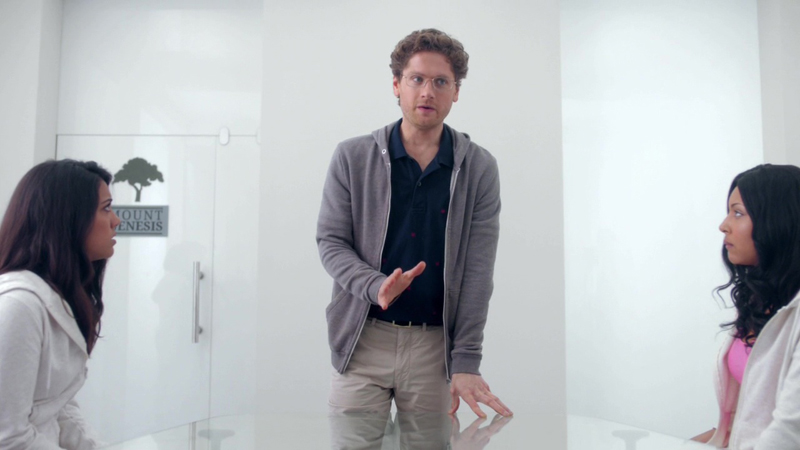 It was a pretty intense week for our intrepid duo. Firstly, the truth behind ‘Operation Saviour’ was revealed, as Gaines (Paterson Joseph) sent a message to the world explaining that the attempt to knock the comet off course had failed. Then we learnt the truth about ‘Project Genesis’: the President (Lloyd Owen) was never intended to live, in fact no men were. Instead, the world would be repopulated by a group of carefully chosen women and equally carefully chosen sperm. In this way Gaines and Scotty (Kyle Soller) hoped that mankind would start over free from previous (male-dominated) errors.

It was an interesting revelation, particularly when coupled with the whole June Whitfield-is-God point, and Leanne’s (Megan Mullaly) speech considering it was other men, rather than other races and religions, that have been the problem her entire life—although I imagine not everyone will be as entranced by Iain Hollands’ feminist cunning as I was. Having dispensed of the President (“He wasn’t fit to be ruler of the free world” sniffed Gaines, accurately), the next step for Scotty and Gaines was to seal off ‘Project Genesis’ and head off to commit suicide in the bittersweet acknowledgment that they’d saved the human race… but personally done too many terrible things to survive.

Unfortunately, no man is an island—not even this indefatigable couple—and thus family ties saw them dragged back to reality in the shape of Agent Larsson (Bronagh Gallagher), who’d been sent on a mission by Sutton to bring her family (i.e. Scotty and Rhonda) back to safety in the bunker. Cue a military prison breakout which ended disastrously with Scotty being shot after Rhonda (Jenna Fischer) insisted the unfairly re-imprisoned Leanne came with them. God knows how this lot are all going to get across the Atlantic Ocean in the few hours the world has left before the comet strikes, but it’ll be interesting watching them try! 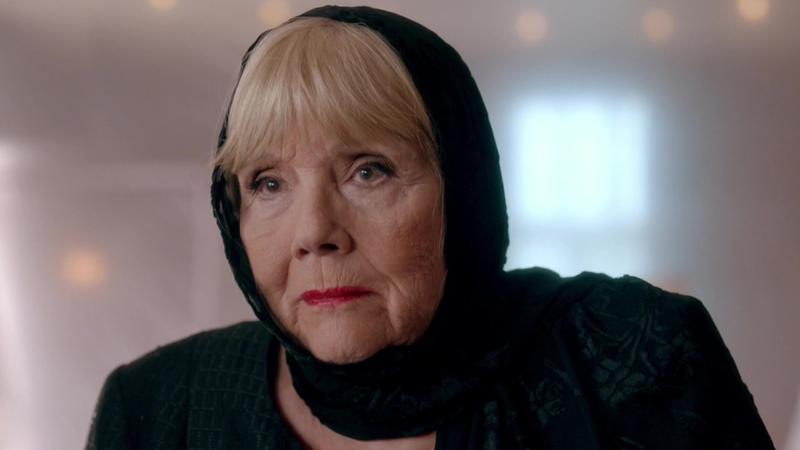 So, Sutton has supposedly been dead since Scotty and Rhonda were five-year-old twins. I’m pretty much guessing, at this point, that Jude was from a previous liaison and not known to the twins, as they’ve never mentioned him. Obviously, Sutton’s only desire is her own survival and she clearly views her family as appendages to her cause. I have a terrible feeling that they’re all about to find out that dying at the end of the world might be better than surviving in Sutton’s bunker and having your blood slowly drained out of you, day by day… 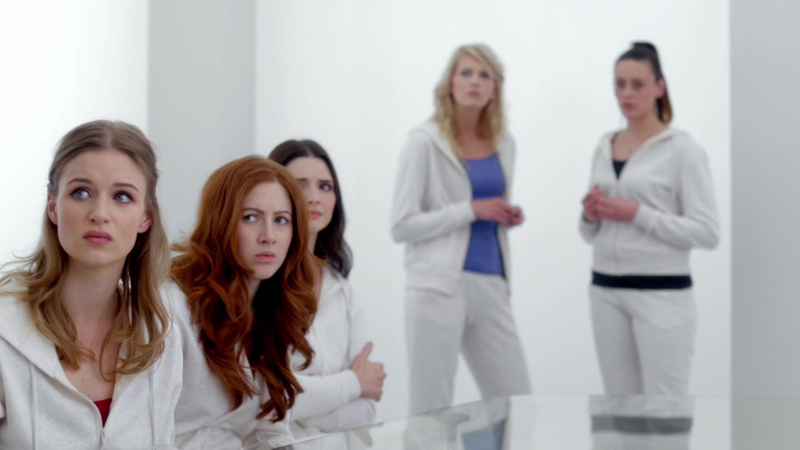 So what did you think? Is everything in place for a cracking final episode? Can Jamie get out of the vault? Will Ariel’s deception succeed? And what exactly is Sutton going to do with her relatives, because I don’t think Happy Families is on the cards. As ever all speculation and theories welcome below…