“You can’t do a slasher movie as a TV series,” states pop-culture geek Noah (John Karna) in the first episode of MTV’s gory, glossy Scream, and you can’t fault his reasoning. “Slasher movies burn bright and fast,” he continues. “TV shows need to stretch things out.” It’s difficult not to agree with him, especially on the evidence of Scream‘s first season; an uneven mix of self-aware teens, grisly deaths, and occasionally inventive mystery. Though this new incarnation of the ’90s slasher series pays due respect to movie creators Kevin Williamson and the late, great Wes Craven, it struggles to capture the same mischievous sense of fun.

Not that it doesn’t have a bloody good crack at it. Creators Jill Blotevogel, Dan Dworkin and Jay Beattie have ten episodes to go crazy with the Scream formula, and what they deliver is essentially a cross between Scream and Pretty Little Liars; a show they’re savvy enough to name check in one of their meta tirades. Dworkin and Beattie both previously worked as writers on super-soap Revenge, and there are echoes of that show in Scream, too, to both its benefit and detriment. 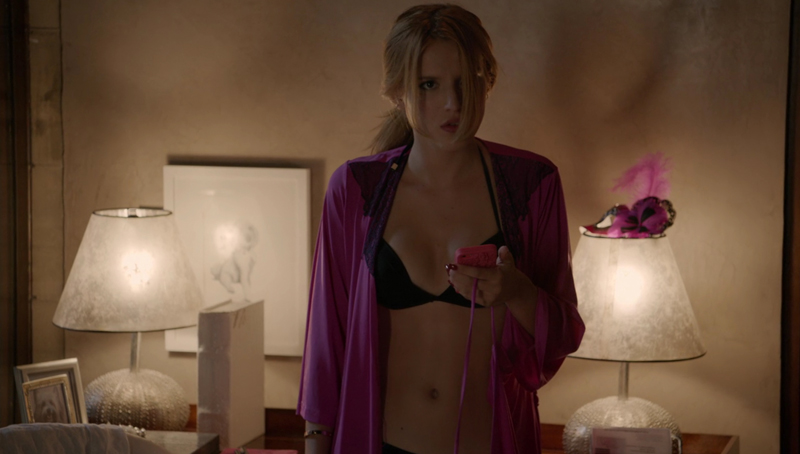 If the first rule of reboots is not messing with the original, MTV’s Scream at least sticks true to that. Relocating away from Woodsboro (the setting of the movies), is a very smart move; disconnecting the show from its roots and allowing the establishment of its own mythology. We find ourselves instead in the small town of Lakewood, where hot chick Nina (Bella Thorne) is butchered at home after being harassed by phone. News of her death casts a pall over the town, and there are whispers that Brandon James – a troubled teen who went on a killing spree two decades previously – has returned.

Enter a group of high school friends whose lives are turned upside down by the murder. There’s Brooke (Charlson Young), the cold-hearted bitch who’s having an affair with a teacher; jocks Will (Conno Weil) and Jake (Tom Maden); mysterious new kid Kieran (Amadeus Serafini); plus the aforementioned geek Noah. Oh, and then there’s Emma (Willa Fitzgerald), our very own Final Girl, whose loyalties are torn between her popular, impeccably groomed clique, and old friend Audrey (Bex Taylor-Klaus), who’s just been subjected to an online prank that spectacularly booted her out of the closet. 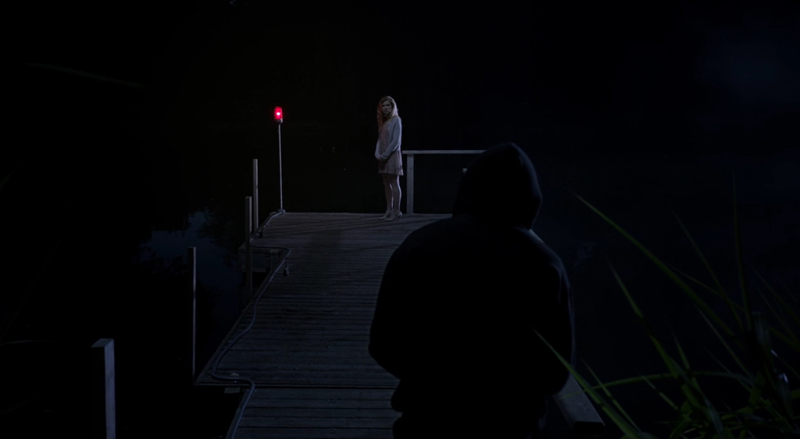 It’s a big cast, and we haven’t even got round to the adults (including Tracy Middendorf as Emma’s mother). If the teens are the ones we’re supposed to care about, though, it’s here Scream takes a tumble. Sure, they’re all savvy and quick-witted, but they’re hard to really like. A lot of the time, the high-schoolers are so wrapped up in their own dramas (bribing scams, absent parents, sexual identity crises) that they don’t even seem to notice their friends are being butchered with alarming frequency. Brooke, in particular, comes off cold as a popsicle, while the jocks are completely interchangeable. (There’s an outbreak of ‘smell-the-fart’ acting in places, too.)

Even Fitzgerald’s Emma makes for a wobbly heroine. Early episodes see her striking the right balance between girl-next-door charm and steely resilience, but as the bodies pile up, the angst sets in. Emma spends at least two episodes spontaneously bursting into tears for a segment of the story that, in a slasher flick, would be over in minutes. It’s an off-putting diversion that contributes to the season’s midpoint sag, with more and more characters introduced until the show is unbelievably bloated. At times, it feels like Dawson’s Creek with a body count, rather than the knowing, knife-sharp series you’d expect from the Scream brand. 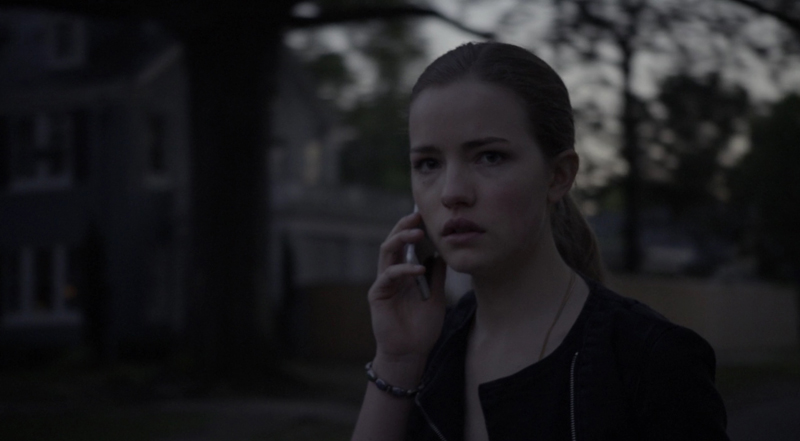 The mystery suffers, too, for being ratcheted out over ten hours. It wavers between genuinely clever and bafflingly complex, and by the time the denouement arrives, it’s possible you won’t care anymore. (And even then, the unmasked psycho’s gurning ruins any suspense.) Still, there are definite high points, some of which eclipse even the Scream films for sheer audacity. Episode four boasts an engaging, Scooby-Doo-style exploration of a decrepit hospital that’s both creepy and exciting, amping up the horror imagery, while a later episode features a death so astonishingly brutal it makes Drew Barrymore’s bisection seem tame.

There are neat nods back to the source material, too. Hellish dream sequences in episode eight are a great throwback to Craven’s Nightmare On Elm Street films, and there are some atmospheric flashbacks that capture an impressively old-school slasher vibe. For everything it gets right, though, Scream gets something very wrong. Yes, the visuals are great, but where are all the parents? Halfway through the season, a number of teens are dead, and yet our main cast are allowed to run around at all hours without chaperones. 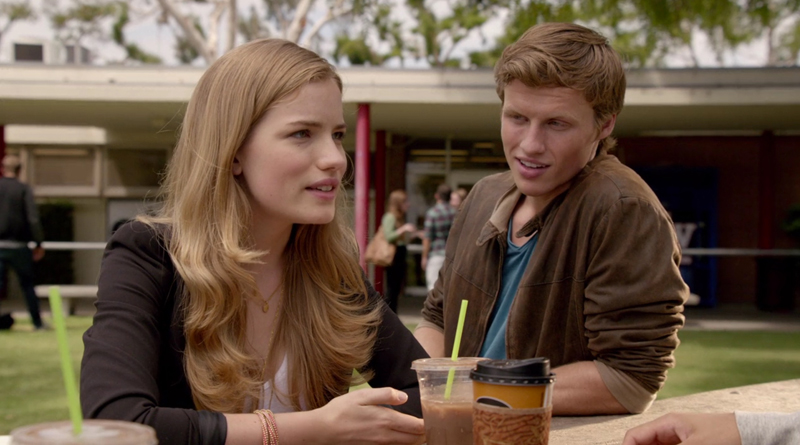 With its pop culture jokes (Taylor Swift, Walking Dead, Girl, Interrupted), occasionally effective scare scenes, and eerie killer (Mike Vaughn is excellent as the ‘phone voice’, though the new Ghostface mask isn’t a patch on the original), this is Scream, but not as you know it. “I can promise you one thing; it’s gonna be gut-wrenching,” teases the killer at one point, and he’s right. If you grew up watching Neve Campbell, Courteney Cox and David Arquette being tormented by Ghostface, there’s a certain amount of nostalgia to be enjoyed watching this new iteration. And for all its faults, MTV’s Scream successfully updates the formula, at times innovatively splicing new tech with traditional slasher conventions.

The question of whether a slasher movie can work on the small screen remains only half-answered by the time Scream‘s finale rolls around, though; because while it pulls off some magnificent feats, it’s also bogged down in too much teen melodrama (and far too many characters doing stupid things) to fully recommend. With a second season already greenlit, and certain threads left dangling in the first season finale, it’s difficult to see just where the show has left to go.