The tale of Billy the Kid remains one of the most fascinating in US history, particularly if you’re interested in the Old West’s gunslingers and outlaws. Hollywood’s largely moved on from the Western due to lower audience demand, but we wouldn’t be where we are today without that genre’s earlier success. These were stories that didn’t cost too much, were relatively easy to make, and often formulaic… but somehow they worked for many years and helped support a great many film studios.

With more recent Westerns like Unforgiven (1992), Hell or High Water (2016), and The Proposition (2005) delivering high quality takes on a familiar form, the genre has become less of a cash cow and more something to revisit with something to really say. Lionsgate’s most recent attempt at bringing something new to this classic formula is The Kid, with yet another take on Billy the Kid and his life-story, directed by actor Vincent D’Onofrio. Whether you know him from Full Metal Jacket (1987), Law & Order: Criminal Intent, or even his more turn as Kingpin in Daredevil, there’s no question D’Onofrio is a well-rounded talent, both in front of and behind the camera. He juggles both roles here, also appearing as Sheriff Romero, a part that undoubtedly fulfils many childhood fantasies for him. 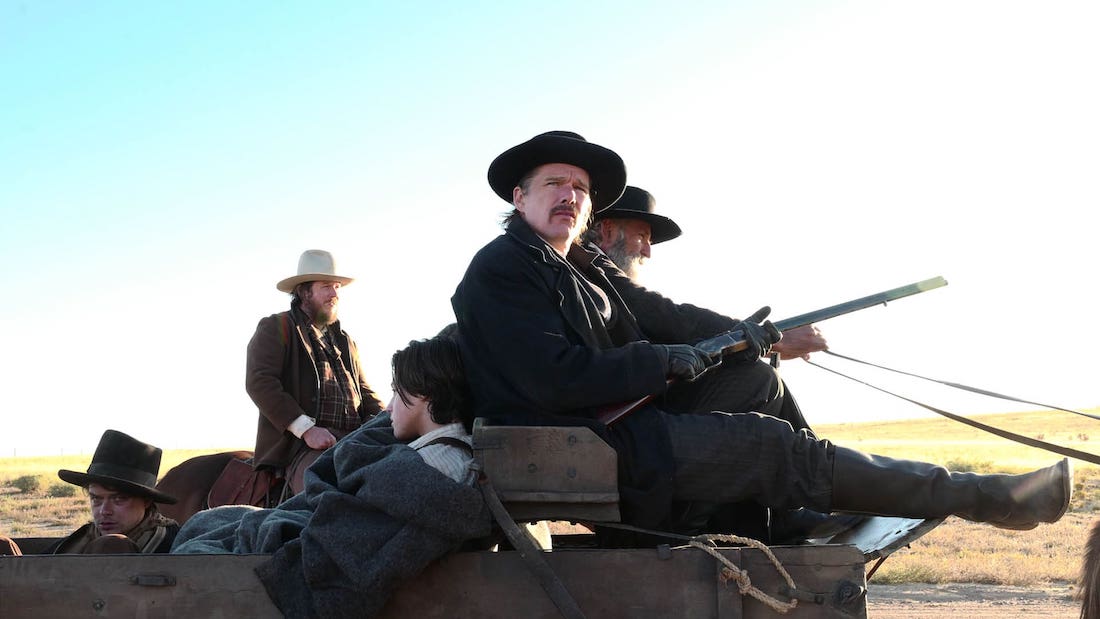 Understandably, D’Onofrio’s on-screen role isn’t the meatiest. He leaves the best roles to other high profile names. Ethan Hawke as Sheriff Pat Garrett and Chris Pratt as Grant Cutler deliver the most enjoyable performances in the film… with Pratt, in particular, getting the chance to step out of his comfort zone and portray someone with a different energy. Cutler’s no Andy Dwyer from Parks and Recreation and certainly not Pratt’s heroes from Guardians of the Galaxy and Jurassic World (2015)…. he’s a slightly crazy villain who affords Pratt the chance to cut loose a little. Hawke, on the other hand, delivers another solid but unspectacular effort… which, to be honest, describes The Kid perfectly.

The focus of The Kid is intense, showing volatile family relationships involving Rio (Jake Schur), a young boy putting up with a lot in his life. We follow his attempts to leave his abusive family behind, alongside his sister Sara (Leila George), and together they cross paths with Billy the Kid (Dane DeHaan) and Garrett. And what we get is a mishmash of ideas that never combine to make one great film. You get the feeling those behind the camera never wanted to dedicate themselves to making a traditional Western, so instead borrowed familiar parts while throwing in other aspects. So while it’s true to say the movie looks and feels like a Western, when you delve a little deeper it all starts to fall apart. There’s no substance.

One’s opinion of The Kid will likely boil down to one’s opinion on cinematic violence and how effective and necessary you find it to be. Personally, I’m happy to accept violence if there’s a purpose behind it and I’ve been made to care about the characters. But there’s not nearly enough character development in The Kid’s script to allow for its emotional brutality to have any real impact. 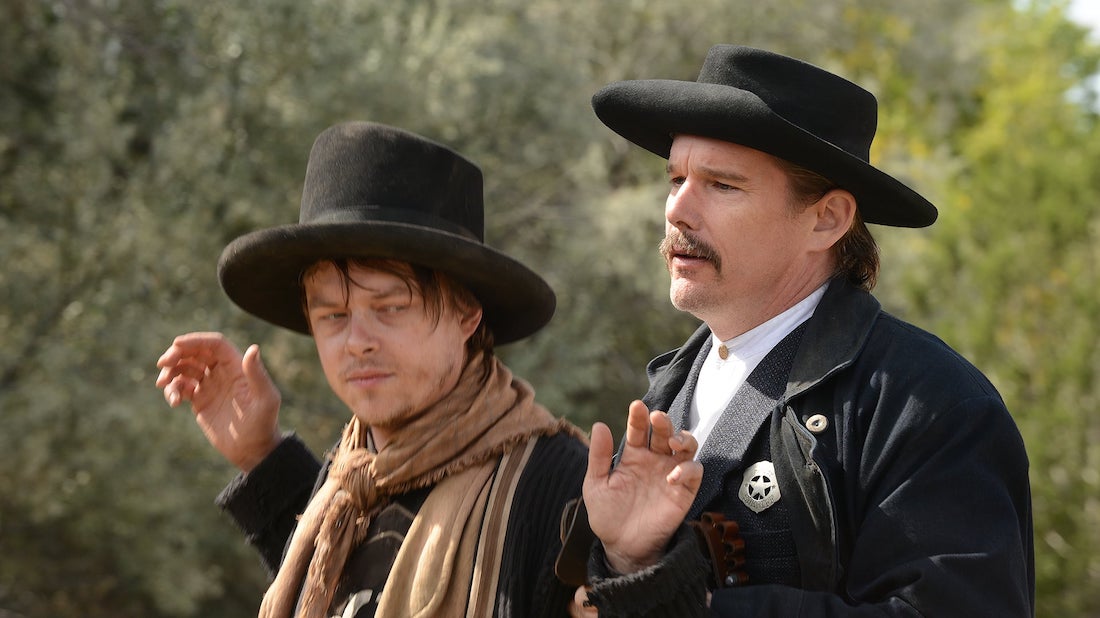 It could and should have been more but, sadly, it falls short of its promise and becomes a shell of a good idea. That’s especially disappointing considering the talent involved and knowing what they’re all capable of. Many of the scenes shared between Hawke and others feel like they should be popping, but play out more like a tease of something it’s not delivering. Even the story fails to surprise, and if you’re going to make a film about one of the most well-known bad guys in the genre you can’t afford to be lazy and live off name recognition alone.

The idea of having Billy the Kid’s narrative interwoven with a more personal tale is an interesting approach to take, but it’s hard to see The Kid as anything more than a let-down. I appreciate what D’Onofrio has tried to do here, but it doesn’t feel like anyone quite got the puzzle pieces together. Much of the time we spend with Pat and Rio tries to make us empathise with both of their situations, but I was left fairly cold by it all. If you’re going to try and put an enjoyable twist on something familiar you really need to go all in, but The Kid doesn’t commit one way or the other. If you’re a Chris Pratt fan and fancy seeing him do something unusual, it’s perhaps worth a watch… but beyond that, there are too many better options out there.