Two identical twin brothers are orphaned and separated at a young age: one grows up to become a petty Hong Kong crook with a short fuse and a long list of enemies, the other a Los Angeles karate instructor with a passion for pastel tights and silk underwear. Both are played by Belgian martial artist and action movie legend Jean-Claude van Damme, appearing twice in his most high-concept film of the 1990s, Double Impact.

The man behind such badass classics as Bloodsport (1988) and Universal Soldier (1992) appears here in one of his most surreal roles—or, technically, two of them—and delivers a film that’s entirely unremarkable in the greater ’90s action movie landscape. As is par for the course with van Damme, however, a film being this generic is hardly a hindrance. Double Impact is a comforting, familiar, and above all, deeply enjoyable escapism. 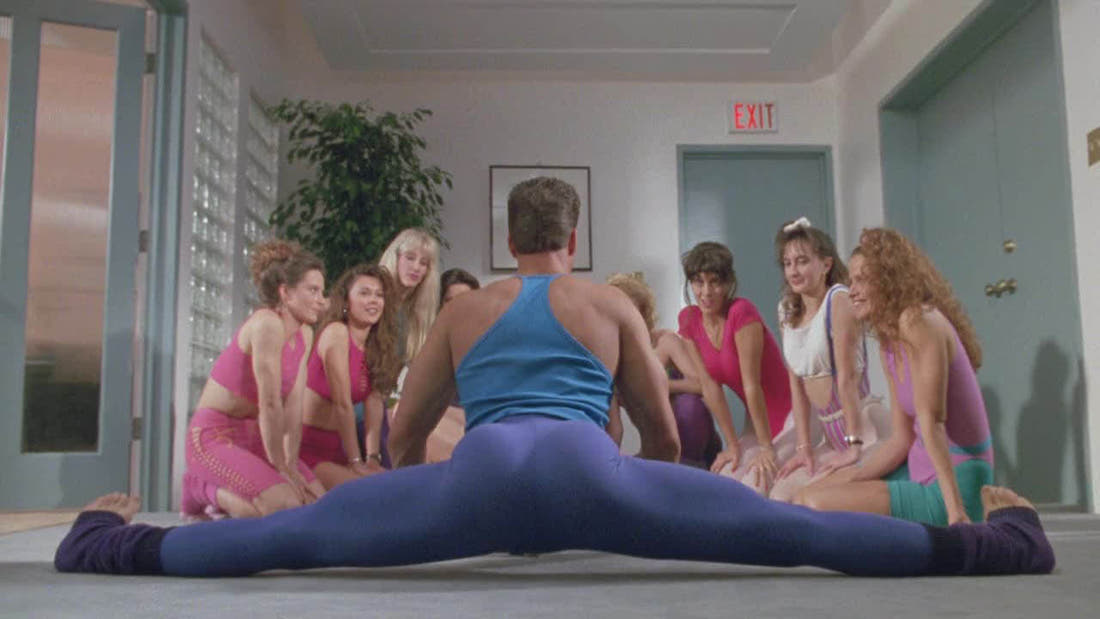 Double Impact begins in 1966 as businessmen Paul Wagner (Andy Armstrong) and Nigel Griffith (Alan Scarfe) attend the opening ceremony of a major harbour tunnel in Hong Kong. On his way home from the ceremony, Wagner and his family are trailed by Triad assassins—he was set-up!—who mercilessly shoot him and his wife. Luckily, Wagner’s maid is able to keep his two infant twins, safe and drop them off at a nearby orphanage, where they’re separately adopted. Fast-forward 25-years and adult twins Alex and Chad are both still unaware of each other’s existence. That is until Paul’s former bodyguard Frank Avery (Geoffrey Lewis), who now works alongside Chad as a martial arts instructor in California, takes Chad with him to Hong Kong to meet his long-lost twin, who’s been eking out an existence as a petty thief and gambler.

The reason for their reunion? Their father’s business partner Nigel is back in Hong Kong, and Frank knows it was him who set up and killed their father. So the three of them, along with Alex’s girlfriend Danielle Wilde (Alonna Shaw), have to work together to deliver some punchy-kicky vigilante justice and avenge their father’s death. 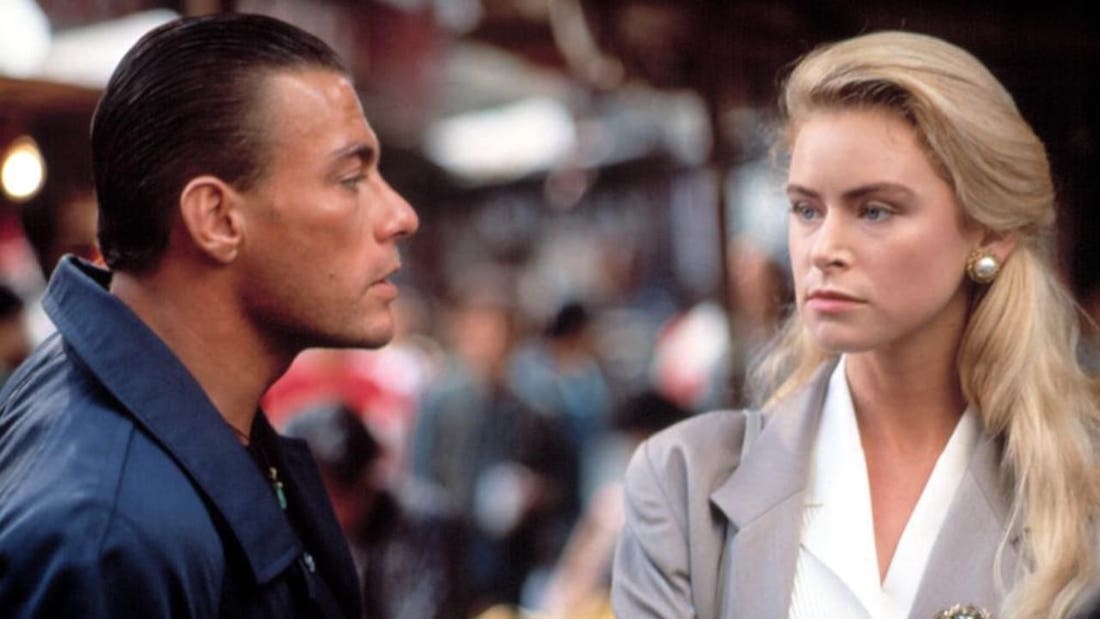 Van Damme has described this film as a way to avoid being typecast as a tough guy, saying “one of them is violent and the other is not, so the audience can see the contrast in my work.” Contrary to that quote, it’s important to know that there is next to no contrast or subtlety in his two performances here.

Let’s dissect a significant scene moment-by-moment to better understand what Double Impact is actually about. In one particularly fraught sequence, Alex gets chased through a hectic marketplace by triad members and, upon escaping into a home, drinks from a bottle of dark rum like its water. He stops for a moment. He punches a wall. He resumes pounding back the alcohol. He imagines his girlfriend having sex with his brother. He drinks more. He stops… thinks for a moment… then yells “motherfucker.” He finishes the bottle. The scene I just described lasted four minutes. 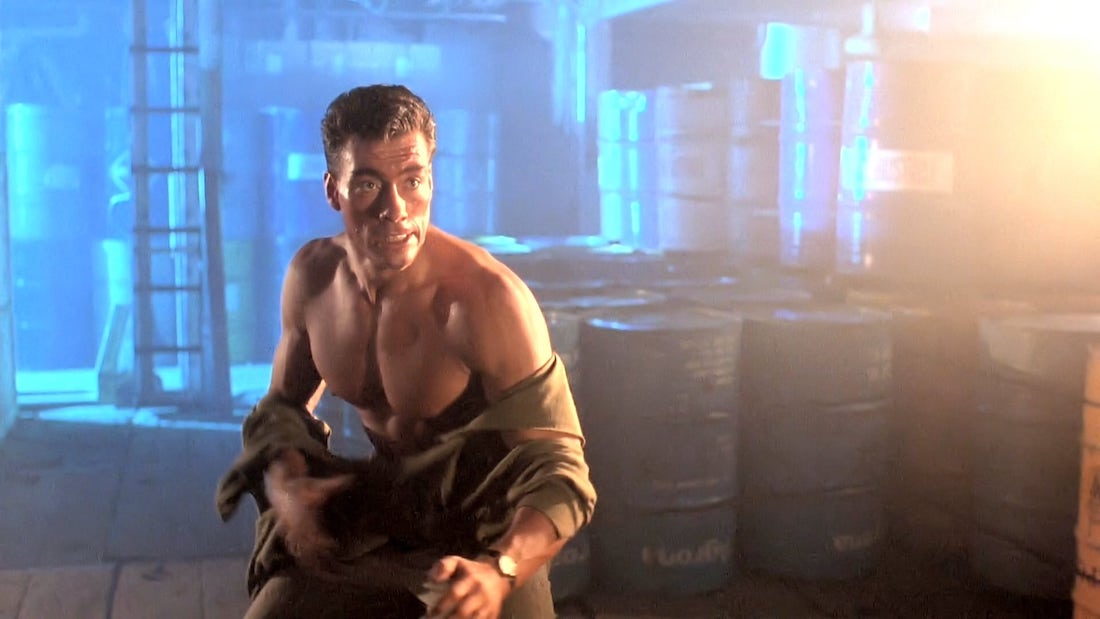 This is a thoroughly macho, in-your-face film with a script seemingly written by a room full of monkeys with typewriters (uh, Sheldon Lettich with van Damme), featuring lines such as “take your fancy clothes and your black silk underwear and go back to Disneyland” and “you don’t know what side your bread is buttered on, you silly bitch.” It operates in its own realm, entirely independent of reality. There’s a five-minute stretch early on, during the initial reunion of Chad and Alex, in which the two characters don’t even believe the other is his identical twin—despite literally looking the same in every perceivable way.

Of course, none of that ultimately matters. To critique an old-school JCVD movie for its plot or craftsmanship is to completely miss the point. Double Impact is about action and nothing else. Everything in-between the fights is only there to provide context for the next fight. JCVD films deliver action in the purest sense. 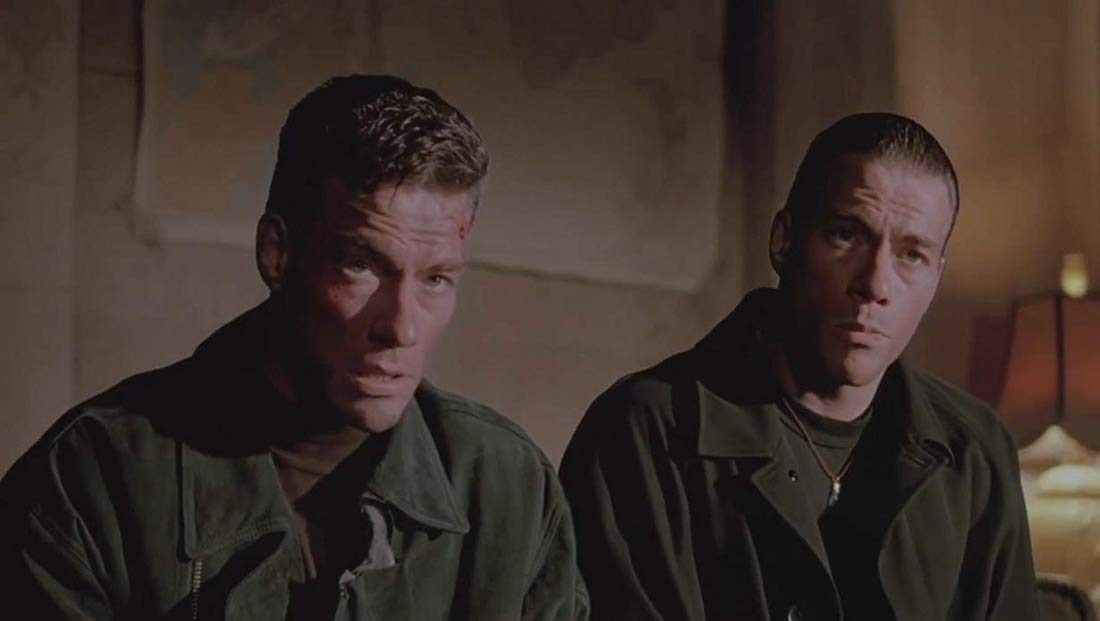 Van Damme is a martial artist first and actor second, which lends his fight scenes an element of authenticity. Given his limited acting prowess, it’s arguably the only authentic aspect of his performances, but it’s more than enough for the material he’s given.

It’s a cliché to compare fight scenes to ballet, but JCVD is the real deal. These are intricately choreographed, hard-hitting, high-flying scenes, each with a distinct personality of its own. There’s nothing monotonous about the action, ever. JCVD fights with guns, fists, knives, kicks, and (my personal favourite) barrels of gasoline. It’s wildly entertaining and it’s the reason he was such a huge sensation in the 1980s and ’90s. He’s both an athlete and a showman, like a more agile and flashy Stallone or Schwarzenegger.

It’s reasonable to say Jean-Claude van Damme has never been the lead in a truly good film throughout his career, yet it makes perfect sense why he’s enduringly popular: no matter how awful his movies are, he’s physically spectacular to watch. Double Impact is no exception to that rule. It’s a relentlessly run-of-the-mill early-’90s action movie elevated by above-average action and an unerring sense of dumb fun. You’ve seen this movie dozens of times before in different guises, but why let that stop you enjoying yourself? 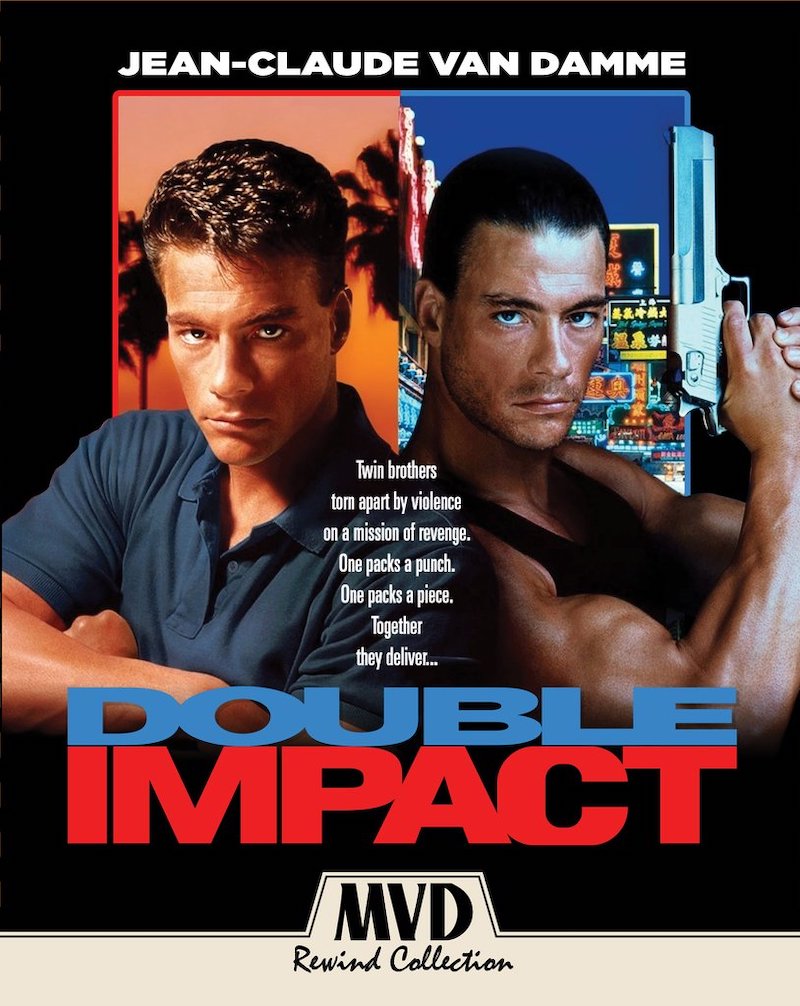