Charlie Brooker’s Black Mirror returns for a fifth series, reduced back to three episodes from six, as was standard during its earlier Channel 4 years. Is this a sign that Brooker, who’s written or co-written every instalment, is running out of fresh ideas? Maybe. But shorter runs should also ensure higher quality, as some stories during Netflix’s era have been more perfunctory. “Striking Vipers” can be viewed as a loose companion to “Playtest“, in how the premise is inspired by where gaming technology could be headed. Although this hour’s more interested in exploring the social impact of VR and how real-life relationships might be affected by its allure.

We meet 27-year-old Danny (Anthony Mackie) and his girlfriend Theo (Nicole Beharie) at a nightclub, where they indulge in a roleplay that involves pretending to be strangers meeting for the first time, before dancing the night away and later having sex back at home. But a small crack in their relationship is noted when, during the night, Danny is tempted to play the beat-’em-up video game Striking Vipers (which bears an uncanny resemblance to Street Fighter II and Tekken) with his co-habiting college friend Karl (Yahya Abdul-Mateen II).

Jump forward 11 years and Danny’s turned 38 and has a three-year-old with his now-wife Theo, and Karl reenters his life at a barbecue they’re hosting, reconnecting with his old buddy by way of gifting him a copy of a new VR game: Striking Vipers X. After the party, Danny’s invited to play over the network by Karl during the night, they each choose a character, and indulge in some shared gaming nostalgia… but with the added sensory thrill of now feeling like they’re these imaginary characters. Karl has become the Chun Li-esque “Roxette” (Pom Klementieff), while Danny plays as Ryu analogue “Lance” (Ludi Lin). But after a violent round of kicks and punches in VR, Danny is startled when his friend kisses him. Initially shocked and ashamed by what happened in the heat of the moment, Danny and Karl soon begin a tentative online fantasy “affair” that consists of having sex while in-character. However, the secrecy and guilt of their online liaisons slowly affect his marriage to Theo. 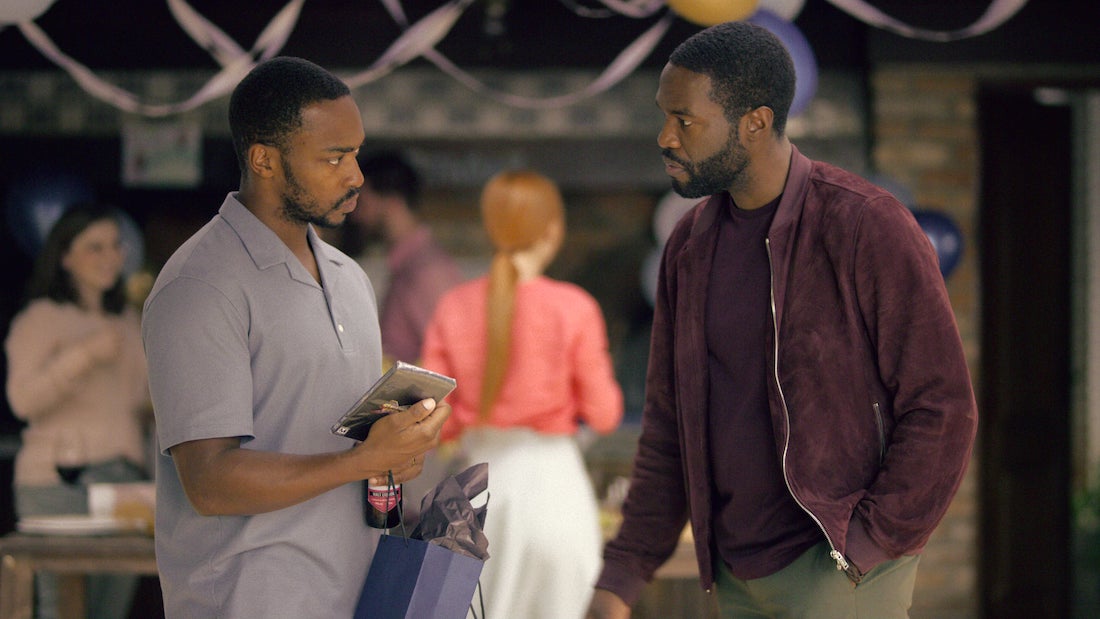 Like all good Black Mirror episodes, “Striking Vipers” has interesting things to say about how games could affect human behaviour and even challenge our notions of sexuality. The story begins with an already strong idea about two men whose lives went in opposite directions: Danny became a husband and father, every inch the well-adjusted family man, while Karl never found love and instead puts all his time and energy into playing games when he’s not banging a hot young girlfriend he can no longer satisfy beneath the sheets.

Even without the introduction of VR sex, there’s an enjoyable tale here about how men don’t totally outgrow their childhood, while some get stuck there. The bond of friendship is even strong enough to challenge true love and, for Karl, he perhaps started to misconstrue companionship for deeper emotions and connections missing from his own life. Danny, on the other hand, is more a victim of a midlife crisis, feeling trapped by his situation at home with a family, so VR is a tempting way to escape without much likelihood of being caught. And when you can have virtual sex that’s indistinguishable from the real thing, but with whoever your fantasy partner might be from the world of games, both men’s flaws played into what Striking Vipers could provide them.

I certainly enjoyed “Striking Vipers” as I like to watch Black Mirror without reading synopses or watching any trailers, so it’s fun just to see where the story’s going to take things. But I don’t think the story went anywhere particularly unexpected and it ended up resolving things in a shrug-worthy way. Everyone found a way to accept their odd compulsions and fantasies, manage them in mutually beneficial ways —although it’s easy to imagine the situation deteriorating in a future the episode doesn’t show us. Maybe Brooker’s going soft in his own middle-age? 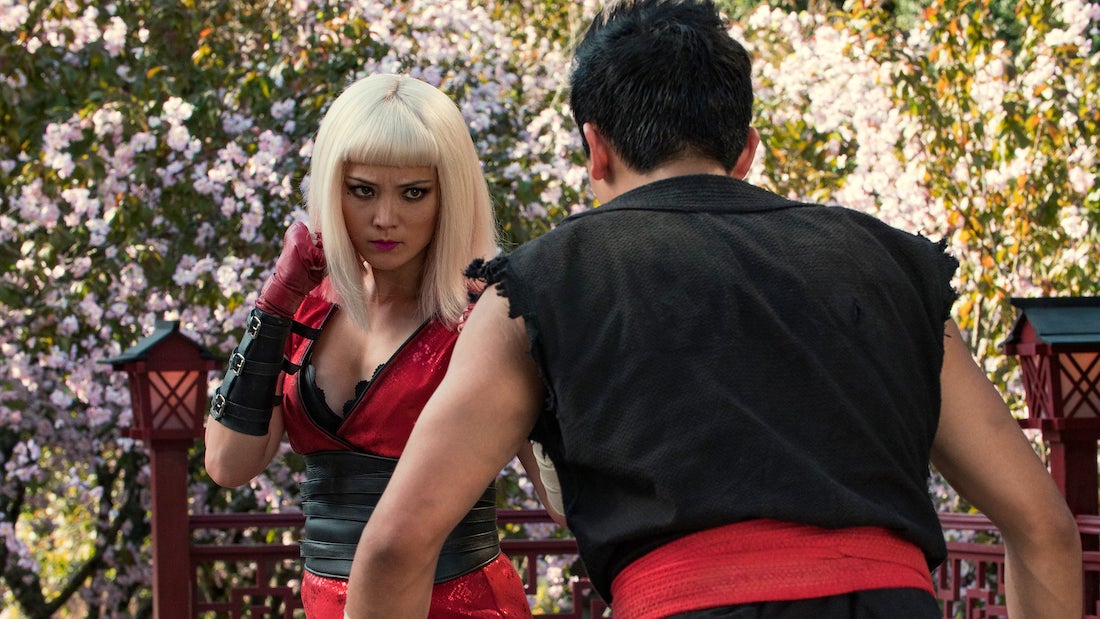 But despite its ability to provoke questions and stir thoughts, “Striking Vipers” was middling Black Mirror. The technology here wasn’t showing us anything new, it was more a chance to have fun staging photorealistic beat-’em-up characters against stylized backgrounds. The situation that arose from the existence of interactive VR porn, with its twisted ‘friends-with-benefits’ angle, was entertaining to watch go down… but it didn’t take is anywhere very unexpected. The story also stretched the material. It’s fortunate Mackie (Avengers: Endgame) and Abdul-Mateen II (Aquaman) were excellent together here, making their character’s friendship come to life with subtle homoeroticism that was confusing to them both, and Beharie (TV’s Sleepy Hollow) lent strong support in a role that could’ve blurred into the background in lesser hands.

Directed by Owen Harris (who’s completed an unofficial Black Mirror trilogy about love and tech, following “Be Right Back” and “San Junipero“), filmed in beautiful São Paulo, Brazil, “Striking Vipers” looked great and clever things to say in an enjoyable package. It just had a tendency to meander and wasn’t as engrossing or compulsive, which we know the best Black Mirror can be in spades.