Three years ago audiences were surprised, delighted, and awed by Guardians of the Galaxy; a film many warned was a risky move by Marvel Studios. James Gunn proved everyone wrong, creating a global success that even led to the Tower of Terror Disneyland ride being repurposed for GotG. Sequels are never easy, and there was a lot of pressure on Guardians of the Galaxy Vol. 2 to deliver, and for the most part it does.

It’s impossible to talk about Vol. 2 without talking about Baby Groot. Vin Diesel is once again voicing this lovable plant-creature, and it’s impressive that he’s managed to make the voice so young and yet familiar. If you aren’t already a Baby Groot fan you’ll be won over by the opening scene; a laugh-out-loud, adorably funky nod to the original’s opening. It’s a smart move to give Baby Groot centre stage from the beginning, and not a surprise considering how heavily he featured in Vol. 2’s marketing. Baby Groot’s big eyes and expressive face are not only endearing but make it easy to know what he’s thinking, which for much of the film isn’t a lot. Baby Groot may be the ultimate loveable idiot. 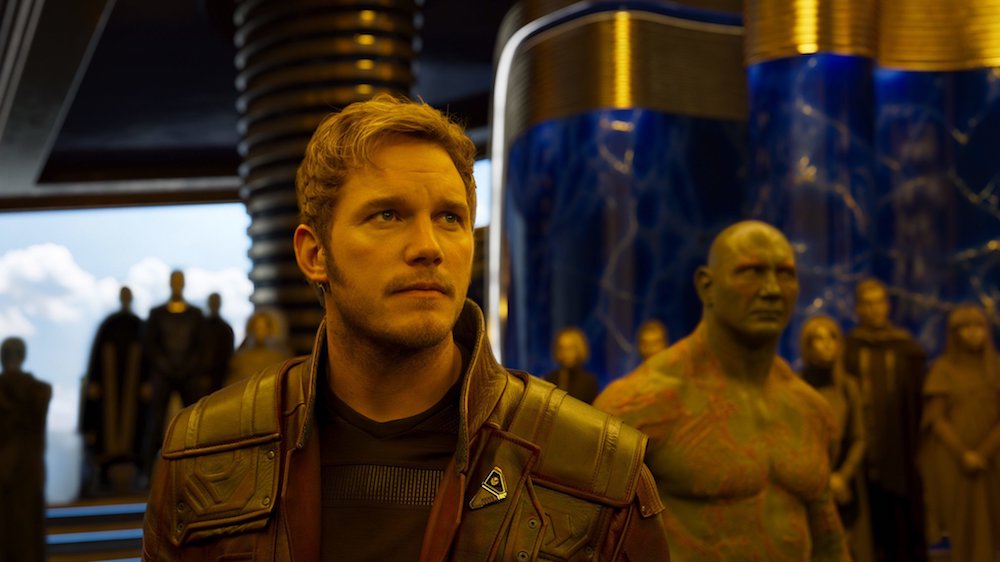 The film quickly sets up the main storylines for Vol. 2: looking for Peter Quill’s (Chris Pratt) father, the Sovereigns, Yondu (Michael Rooker) with his Ravagers, and Nebula (Karen Gillan). The pacing of the film and intertwining of its subplots takes time and mostly pays off. The only weak storyline belongs to Nebula; Gamora’s severely underused evil sister. Every other plot strand concerns the growth and deepening of the characters we know and love, but Nebula’s sadly falls flat. Just as before, Nebula comes across quite two-dimensional for much of her appearance. Her role mainly exists to further the growth of Gamora (Zoe Saldana), which is a shame because the character must surely be more than fury and vengeance.

Vol. 2 also delivers some new faces. As everyone knows, Kurt Russell plays Peter’s father Ego, and he plays this part very well. His charm and charisma ooze through the character from his opening scenes, and its understandable why Peter’s so taken by him. The two men play off each other in a way that feels right, adding another dimension to Peter’s persona of a boy who misses his parents. Another guest star, Sylvester Stallone, is also surprisingly good, managing to give a more tempered performance than he’s become known for. Relative unknown Pom Klementieff joins the cast as Mantis, played with a childlike naivety and innocence that succeeds at both contrasting and complimenting the brash and boastful Drax (Dave Bautista). Their blossoming friendship is a joy to watch, especially as it shows a side to Drax we haven’t seen a lot of: kindness. 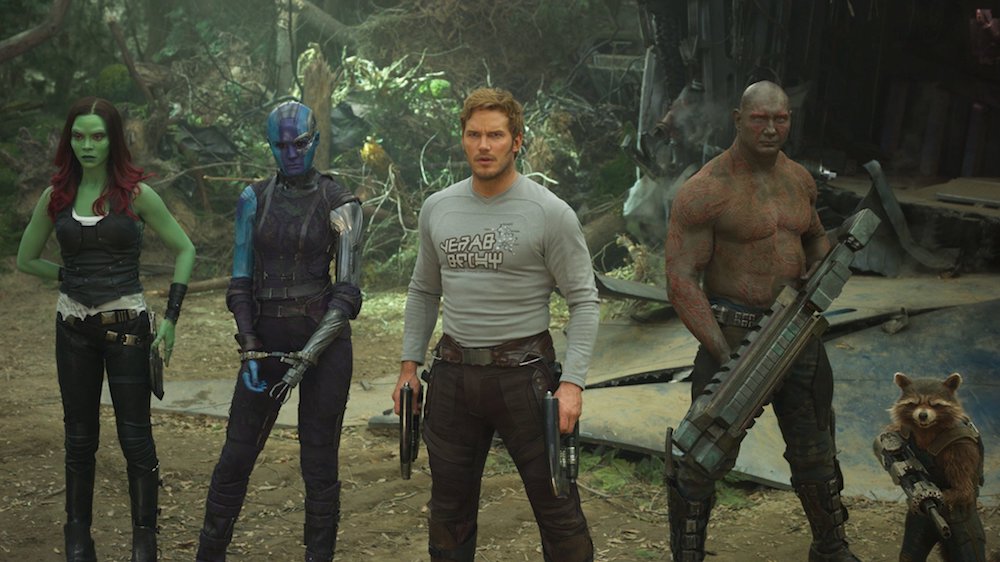 The stand out character this time, aside from Baby Groot, is Yondu. He was a fun character before, as leader of the Ravagers, but we knew little about him, so Vol. 2 delves into his past and gives him a reflection of himself in Rocket (Bradley Cooper), whom he ends up spending a lot of time with. The way their friendship evolves throughout the film felt very natural and delivered a number of satisfying realisations. Yondu’s action scenes involving his arrow are brilliantly set-up and darkly funny, while also being swift and effective. As before, Yondu gets some great lines; his gruffness and screwed-up humour always being evident.

Soundtrack-wise it’s another great selection of classic rock and pop tracks, from the likes of ELO, Sam Cooke, and Fleetwood Mac, to name but a few. There are far more chilled out tracks in Vol. 2, which works well to differentiate it from GotG. There, the soundtrack screamed with a youthful energy, but here the music goes on a symbiotic journey with the story — the perfect road trip mix. For those who stay through the closing credits (and with no less than five post-credit scenes who isn’t?), you’re also treated to a brand new upbeat track called “Guardians Inferno”, featuring none other than David Hasselhoff. Defeating logic, it’s really good. 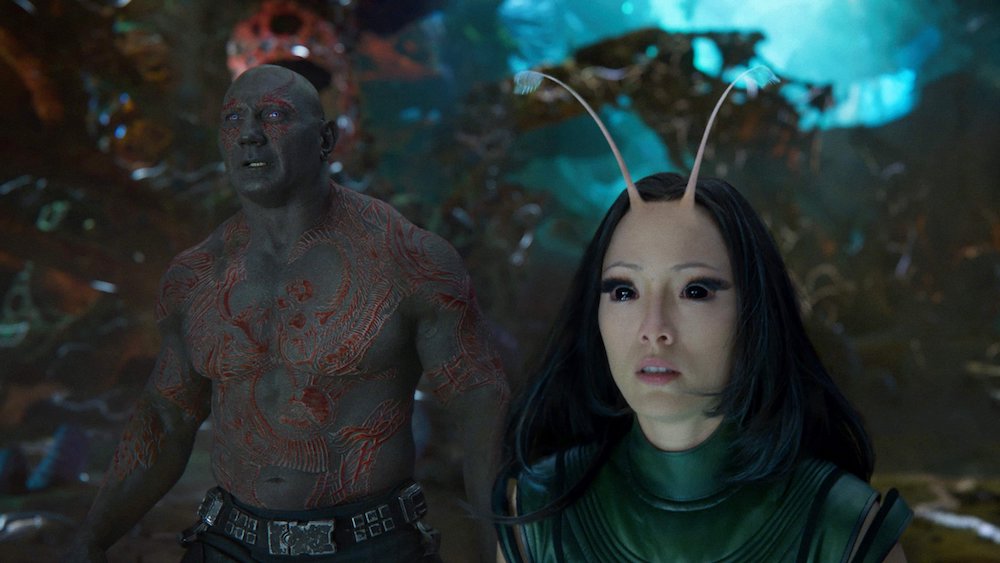 Visually, Vol.2 is more accomplished as a sequel. 1 in terms of characters and alien worlds, Ego’s planet is so beautiful that a gasp wouldn’t be out of place. The action scenes are choreographed to ensure a full assault on the eyes, with a mass of action reminiscent of Super Smash Bros. Brawl. If you’re able to see it Vol.2 in IMAX, as James Gunn suggests, you should do so to fully immerse yourself in the galaxy he’s created.

Guardians of the Galaxy Vol. 2 retains the heart and camaraderie of the first film whilst cultivating the journey of this team becoming a close-knit family. The new cast slot seamlessly into the rest of the cast, especially Mantis, and the visuals and settings are spectacular. Nebula’s character development is an unfortunate weakness, but Yondu makes up for this in spades. Vol. 2 is riotous, heart-warming, and a very worthy sequel to Guardians of the Galaxy.