The Jurassic Park franchise has always been looking back 65 million years (wondering how modern man would cope with the return of prehistoric animals), but Jurassic World is a sequel with a stronger attachment to mere decades ago; when Steven Spielberg’s 1993 original wowed audiences. In that respect, certainly more than the previous two sequels, enough time’s passed for JW to squeeze a lot of nostalgia from audiences either weaned on Spielberg’s classic or who recognise it as a game-changing spectacle. I’m more in the latter camp, as JP was my first cinema trip that left an indelible impression on me as a 14-year-old. If the pioneering work of Spielberg’s film made it feel like dinosaurs had truly come back to life, then how can you top that after 23 years of now-commonplace CGI? In Colin Trevorrow’s sequel the answer is beautifully simple: you commit to delivering the dream Richard Attenborough’s character dared to have. 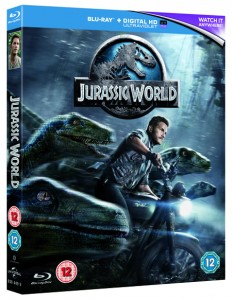 Even as a boy I thought it strange JP never took place inside an open theme park, with paying members of the public being eaten by marauding dinosaurs. I once rationalised it was down to the expense such an undertaking would demand in ’93, until I remembered Michael Crichton’s novel didn’t involve a functional park either. A lot of JW’s success boils down to having the action take place where ordinary folk are in danger, all while demonstrating how a multi-billion dollar business like this would operate and might fail.

It’s Dinosaur Disneyland, basically: a monorail snakes it way around Isla Nublar, tourists drive free-roaming Gyrospheres through paddocks of Ankylosaurus, and packed audiences watch a Mosasaurus rise from the depths to snack on a Great White Shark like it’s a herring. But while the island’s delights are captivating for most sightseers, there’s an interesting throughline about this generation being less than impressed by the sight of a real-life T-Rex wolfing down a goat. If you’re born into a world where once-extinct dinosaurs exist again, where’s the novelty? Cleverly, this disinterest also parallels feelings from viewers of this very sequel, who aren’t astonished by photorealistic dinosaurs any more. Indeed, JW is very savvy about its relationship with the audience and knows how to deal with our natural cynicism about sequels to cherished classics. It even includes a geek character who prefers the original Jurassic Park (the place, sure, but also really the movie) and wears one of 1993’s ubiquitous T-shirt merch. 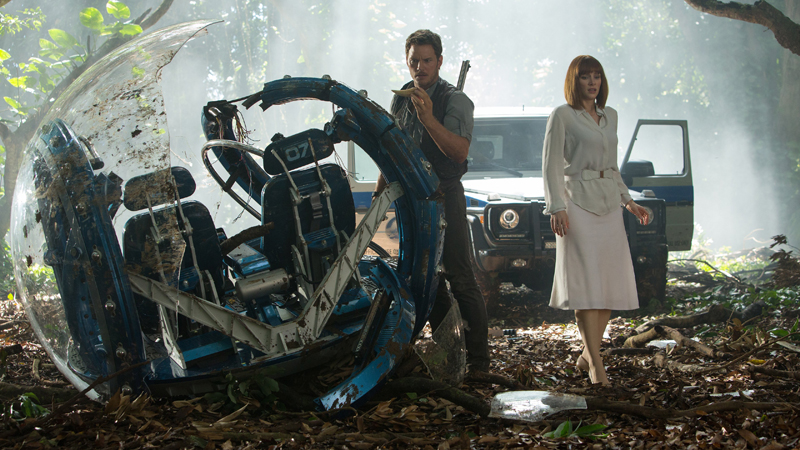 Like all of the Jurassic films, this story is ultimately a family-in-peril adventure with ‘man vs. nature’ moralising drizzled over the top. This time, adolescent brothers Zach (Zach Mitchell) and Gray (Ty Simpkins) Mitchell are sent to Isla Nublar by rich parents, to spend time with their aunt Claire (Bryce Dallas Howard)—Jurassic World’s operations manager, who values spreadsheets over people and sees her workplace’s miraculous beasts as nothing more than “assets”. Zach, too, is more enamoured with girls than Gallimimus, whereas his younger sibling’s the sort of kid who has dinosaur wallpaper. Claire’s awkward around children, so puts her nephew in the care of a British nanny with VIP tickets to keep them entertained, while she focuses on delivering the park’s latest attraction: a genetically-modified dinosaur known as the Indominus Rex, designed to give customers a bigger thrill than anything Mother Nature can cook up. Naturally, the hybrid Indominus outsmarts its makers and escapes its enormous pen, so it’s up to Claire and velociraptor trainer Owen Grady (Chris Pratt) to recapture the rampaging monster before it snacks on holidaymakers to the south.

One of the unexpected pleasures with JW is how it actually makes two potential disastrous ideas work in its favour. I wasn’t excited by the prospect of a ‘super-dinosaur’ created in a a laboratory being this film’s antagonist, but the Indominus actually provides a great deal of excitement and feels like a natural next-step if we ever did harness the power of resurrecting extinct species, but wanted to experiment further to please bored spectators whose money pays for the science. Also, the idea of training velociraptors could have easily neutered their scariness, turning them into scaly pets, but the film cleverly avoids that. A later argument about actually weaponising them for the military could also have gone very badly (I’m aware of an unmade earlier script that had ‘raptors armed with guns, in a story that pursued this angle much stronger), but it actually provides some unexpected spice in the story as told. By the end, when you have a pack of trained velociraptors flanking Chris Pratt on a motorcycle, hunting the psychotic Indominus with cameras strapped to their necks feeding night-vision images to Vincent D’Onofrio’s head of security, it’s an undeniable thrill. 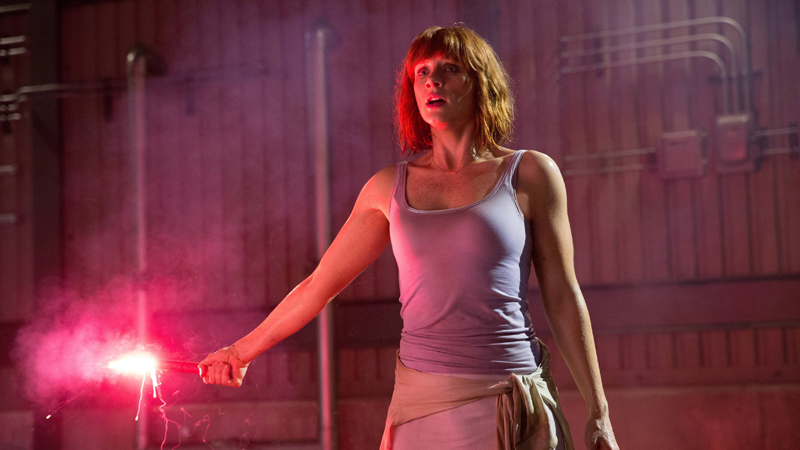 Ultimately, this is a film that mostly gets the balance of old and new exactly right—which bodes well for Trevorrow’s next project, Star Wars Episode IX. It delivers a scenario the original only teased us with (an active, successful Jurassic Park); it throws in some of its own ideas as crowdpleasers that feel logical, if slightly heightened (the playing God arguments, taken to an extreme); and it delights in its many callbacks to the original film (eliciting real goosebumps when the Mitchell boys find the remains of the original Visitor’s Centre, containing those iconic jeeps).

While it can’t match Spielberg’s masterpiece in many ways, a lot of that film’s power was the colossal strides it made with computer-generated imagery, which astonished audiences more accustomed to stop-motion plastic models. Jurassic World is the best of both worlds: practically an above-average remake for anyone who hasn’t seen the original, but with potent hits of nostalgia for those who have. We’ll never be able to recapture the thrill of summer ’93 when that brachiosaurus first appeared, dwarfing Sir Attenborough, but we can enjoy experiencing the story retold from a different angle.

Jurassic World is released on 3-D Blu-ray™, Blu-ray™ and DVD on 19th October 2015, and is available on Digital HD now. ©2015 Universal Studios. All Rights Reserved.