Netflix has become a byword for televisual excellence, but their ‘Original Movies’ are quickly gaining a reputation as being equivalent to ‘straight-to-video’ crud with inflated budgets. The Cloverfield Paradox (2018) was a sci-fi debacle Paramount dumped onto Netflix, for an alleged $50 million, because quality means less than convenience in the streaming business, and now here comes Duncan Jones’s “spiritual sequel” to Moon (2009), the sci-fi mystery Mute.

It’s easy to see why Netflix are drawn to movies that have a degree of marketability wired into them (sequels or prequels to established hits, films with big stars or from revered filmmakers), but it’s disappointing quality control seems to be circumvented.

Mute will leave you speechless, for all the wrong reasons.

Despite taking place in the “Mooniverse” established in Jones’s breakthrough sci-fi drama, aesthetically Mute lifts much of its visuals from Blade Runner (1982), with a touch of Brazil (1985). But maybe it’s impossible not to when a depressing futuristic cityscape is your locale, complete with a future noir vibe and crime mystery plot? 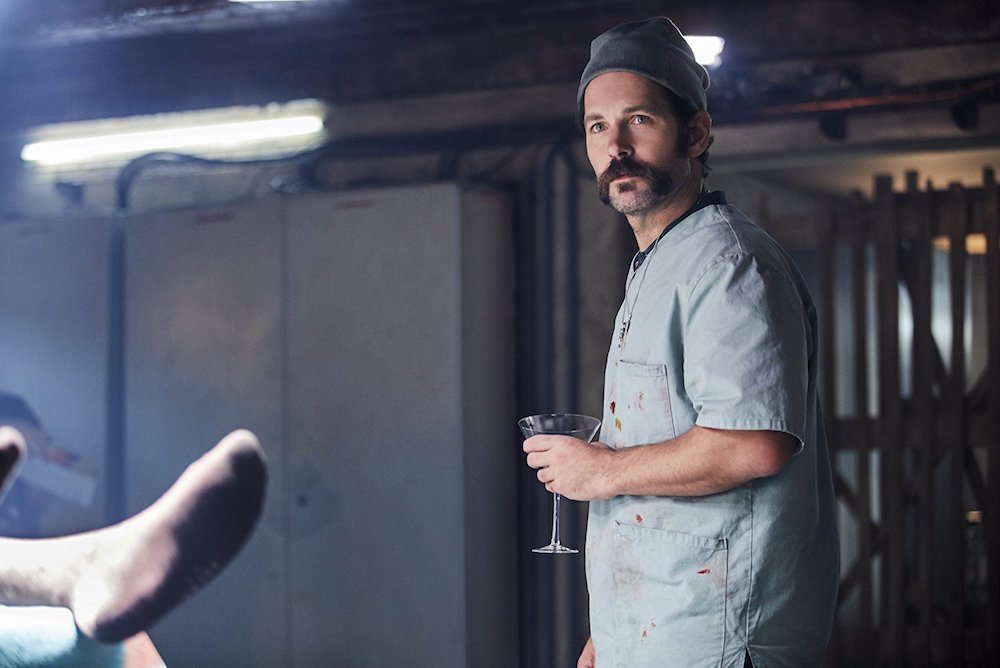 Leo Beiler (Alexander Skarsgård) is a mute bartender in a Berlin robot strip club, circa 2058, following a childhood accident involving a boat’s outboard motor. (An unlikely incident that only seems to exist because the finale again involves water.) He’s very tall and incredibly handsome, albeit inscrutable because of his lack of speech, forced to scrawl notes because his strict Amish upbringing won’t allow him to undergo vocal chord surgery. The Amish have no problems working in high-tech city bars in the future?

Leo also has a beautiful girlfriend called Naadirah (Seyneb Saleh) who works as a strip club (as genre convention demands) as a cocktail waitress, and after she disappears her stoic boyfriend has to investigate what happened. The search leads Leo to encounter a mix of strange city-dwellers, like two gay American surgeons called “Cactus” Bill (Paul Rudd) and Duck Teddington (Justin Theroux) who work for the criminal underworld.

Mute begins with earnest promise, mainly because the production design is a fun approximation of Blade Runner 2049 (2017) and the cinematography by Gary Shaw (Moon) generates a feeling of scope to the production. It’s easy to let the neon visuals wash over you, while investing in a very familiar Taken-esque tale of a strong-but-silent type having to figure out what happened to a missing lover. Unfortunately, it soon becomes apparent that Michael Robert Johnson and Duncan Jones’s script has no idea what to do in the middle. The pacing starts to drag for almost an hour after Naadirah vanishes, when it should have started to really sink its hook, before a moderate upswing that fizzles out when its two core storylines dovetail calamitously.

Maybe a bigger issue is that Skarsgård doesn’t have much of a character to play, and isn’t a strong enough actor to make you invest in someone who can’t speak. He’s perfected the ‘puppy dog’ eyes and a faint grimace, and that’s about it. There actually isn’t really much point to the fact Leo can’t talk, despite his disability giving the movie its title.

It might have fixed a few of the story’s problems if the lead character could vocally emote his thoughts, but instead it feels like Jones thought it would be a cool challenge to write someone with a limitation. So there are the expected misunderstandings and difficulties that arise when a mute person tries to navigate the world, armed only with notepad and pen in a society with voice-activated vending machines. Skarsgård is a fine looking charismatic man, as years on HBO’s True Blood playing a smouldering vampire proved, but the restrictions imposed on his performance don’t benefit anyone. 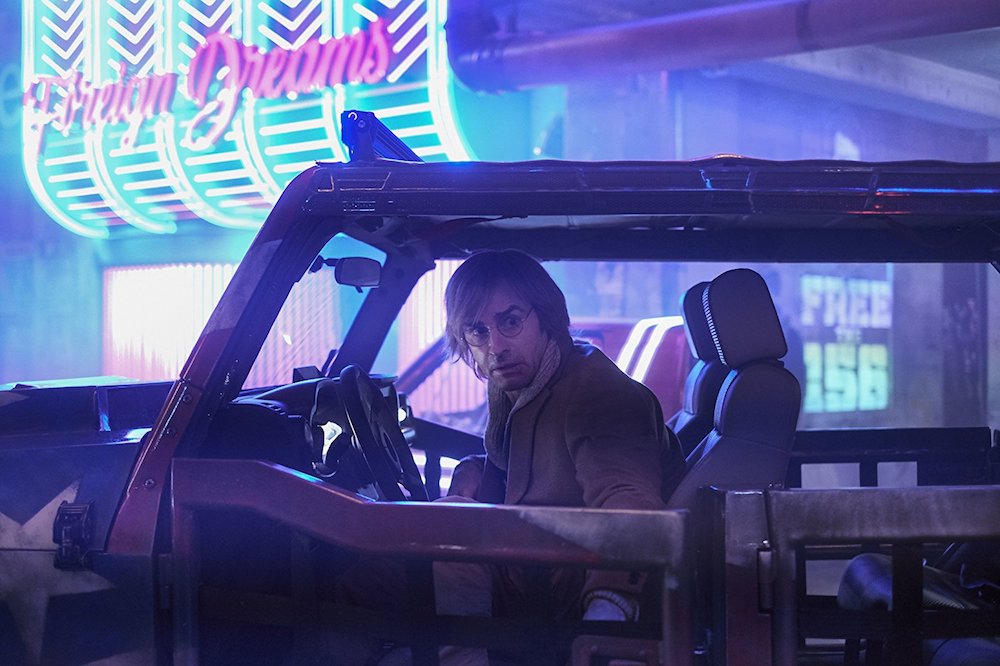 It’s also a mystery where said mystery isn’t terribly involving, because the basic idea is overplayed and becomes rather tedious.

The film does spend time making us care about Leo and Naadirah’s sweet relationship, to an extent, but I wasn’t moved when they split up and Leo started to suspect foul play. And considering the big mystery of Mute is “what happened to Naadirah?”, the answer seems blindingly obvious almost from the start. There are so few suspects in the movie, eliminating obvious red herrings (like a couple of boorish British clubbers), that the only probable culprits are given their own separate storyline. This means you spend the movie just waiting for Leo to connect the obvious dots towards the villains, which isn’t fun when the movie is 126-minutes long and feels twice that.

One also has to wonder if the decision to insert Easter Eggs about Mute existing alongside Moon was intended from the start, or just a way to try and give this movie added appeal for fans of Jones’s breakthrough. The connections and in-jokes are fun to spot, sure, but it gives everything that slightly manipulated feeling you had when the final scene of M. Night Shyamalan’s Split (2017) connected things back to Unbreakable (2000).

There are similarities between Jones and Shyamalan, too, in that both made a big splash with their debuts and were instantly praised as the natural successors to George Lucas and Steven Spielberg, respectively. Shyamalan had a strong run before Lady in the Water (2006) derailed him, but Jones has struggled since enjoyable time loop caper Source Code (2011). Warcraft: The Beginning (2016) was also an ignominious ending for that would-be franchise, and now Mute’s clearly been snapped up by Netflix because it would have bombed in cinemas. Maybe Jones is actually closer to Richard Kelly, who similarly debuted with a masterpiece, Donnie Darko (2001), he never got close to matching again . Is Mute Jones’s own Southland Tales (2006)?

Mute has a few slick visuals, neat production design and futurism, but the only salvageable element is Paul Rudd embracing a rare chance to play a quirky villain with a handlebar moustache. He’s doing his level best to pull something out of this sorry mess (even if you are reminded of Brian Fantana a little), but Mute is still a disappointing misfire from a once-promising director.

Duncan Jones now desperately needs a hit before the afterglow of Moon gets eclipsed by too many stinkers for good.