Not as scary as Scream (1996), nor as thought-provoking as Groundhog Day (1994), Christopher B. Landon’s high-concept slasher hybrid Happy Death Day will nevertheless please a young teenage crowd (ideally the ones who have no idea it’s stealing from older movies). It’s an entertaining ride that threatens to become very good at times, but never reaches any particular heights of horror or comedy because the movies it steals from did everything so much better.

Theresa “Tree” Gelbman (Jessica Rothe) is a stereotypically arrogant and condescending party girl of a sorority, who wakes up in the dorm room of geeky classmate Carter (Israel Broussard), whom she mistakes as a drunken mistake from the night before, before nursing a hangover all day ahead of her surprise birthday party. Unfortunately, Tree’s celebration ends with her being knifed to death by a hooded figure wearing a babyface mask, only for her to instantly wake up back where she started in Carter’s room. Eventually becoming aware she’s stuck in a time loop (it’s puzzling she doesn’t freak out much earlier), Tree determines the only way to end her torment is to survive the next 24-hours and unmask the babyface killer. 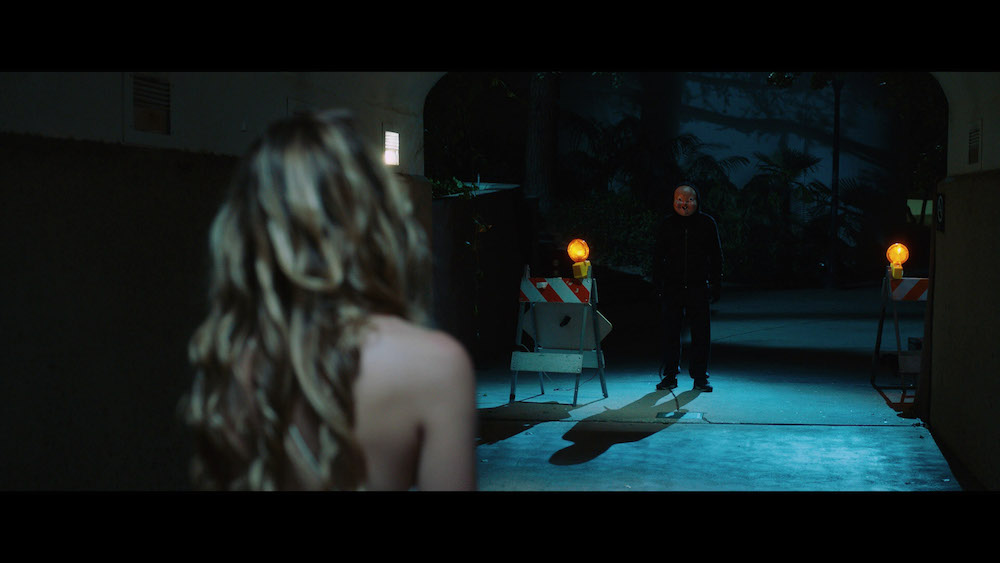 Written by comic-book scribe Scott Lobdell, Happy Death Day is a highly marketable idea that resulted in a Halloween sleeper hit for Blumhouse Productions last year (grossing $122 million from a piffling $4m budget). It certainly has moments of ingenuity and amusement, but I was mostly underwhelmed for too much of the runtime.

A big problem is sensing how the script knows Groundhog Day is the perfect version of a time loop storyline, in so many ways, so it can’t help but follow it leads. Thus, just like Bill Murray’s misanthropic weatherman, Tree isn’t a particularly nice person at the start (although she’s hardly dislikable either), but over the course of her numerous do-overs she becomes a more rounded individual. Now, while following that arc is perhaps inevitable because characters need to change and evolve over the course of any story, Happy Death Day does a weaker job because Tree’s development is hamstrung by the fact the story must find time to be a more straightforward slasher film. And the odd new twist it has (Tree’s wounds in each loop heal, but leave behind scar tissue) don’t go anywhere. 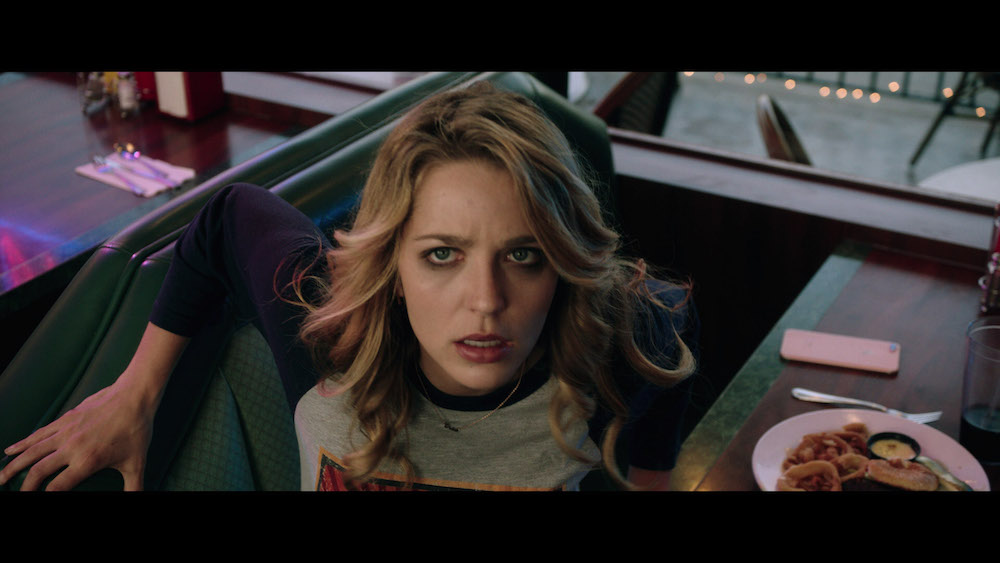 Comparatively, Groundhog Day found room to breathe and cleverly explore the thought-provoking ramifications of reliving the same day over and over on a person’s mental state. Happy Death Day treats it like a narrative gimmick, with the best time loop ideas homaging what Groundhog Day did. You could almost remove the sci-fi and just have events play out over a long weekend, because the loop doesn’t seem integral to the movie. It’s more like a hook, to make you watch a relatively bloodless slasher with no inventive kills.

However, there’s certainly enough here that’s entertaining to a modest extent. It’s hard to make any time loop idea fail completely, because it’s always a thrill seeing someone grow exasperated by seeing the same things happen time and again, before they start bringing others into their confidence, or breaking free of social shackles in a world that suddenly has no lasting repercussions. In that respect, it’s enjoyable to see Tree go about her day, skewing the “schedule” of events happening around her, only to constantly get stabbed to death and have to start back at square one. 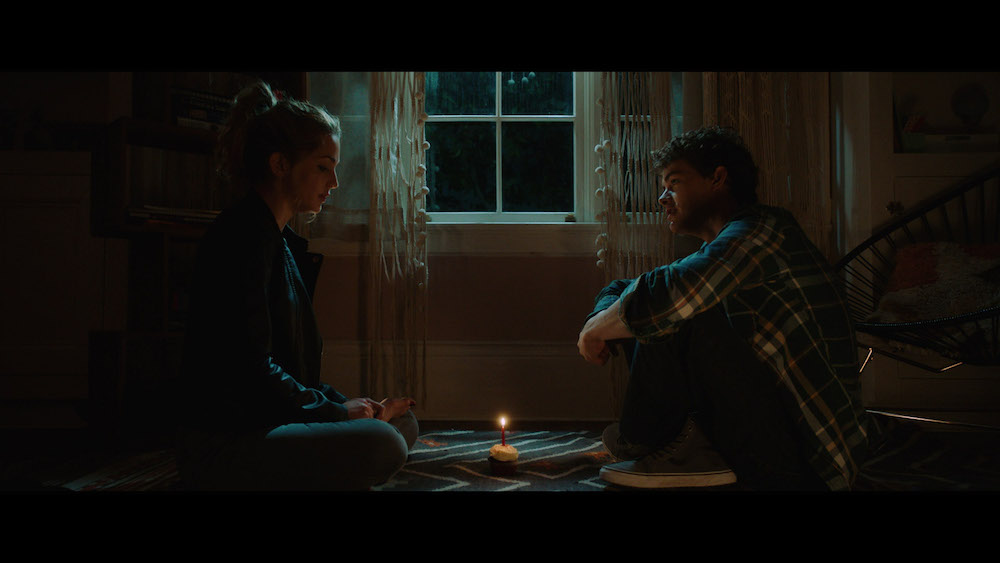 The fun of Happy Death Day’s concept does gets stretched thin after 40-minutes, so it was nice to see the story take thing in a bolder direction that was less interested in the looping. Clocking in at 96-minutes, the story is calibrated to not outstay its welcome. I just found it a shame that so much of the movie didn’t surprise me, because it’s exactly what one expects from ‘Groundhog Day-meets-Scream’ for the PG crowd. And there are a fair few moments when you question Tree’s thinking. Why does she walk around campus naked one morning? If she manages to survive the day, she’s going to have to live with that. At least Phil Connors started doing crazy shit once it became almost certain there was no tomorrow.

Still, the reveal of who the killer wasn’t predictable (to me anyway), but that’s probably because it was also a bit underwhelming and the motive wasn’t very original or dramatic. Scream unmasked its Ghostface killer far better because it had richer characters you invested over the course of the movie, who weren’t effectively background characters Tree briefly interacts with in repetitive ways every time the loop begins again. The only character who felt like a rounded individual, with a personality and perspective you could buy into, was Carter. 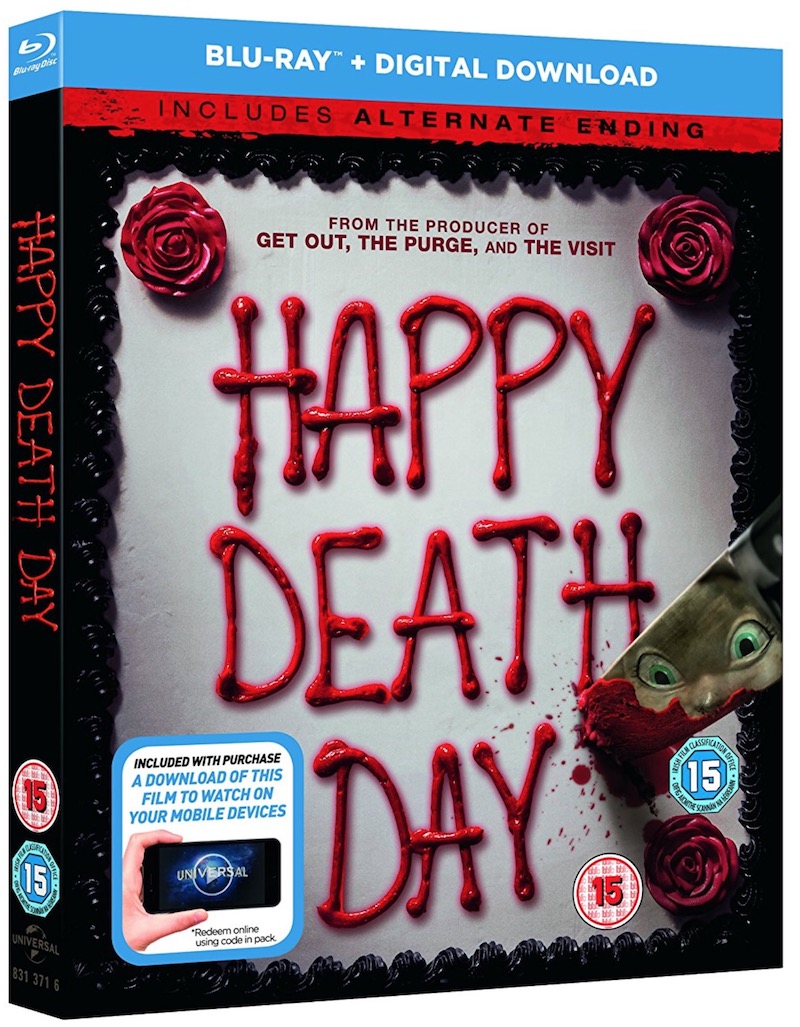 This movie was shot digitally, and the Blu-ray’s transfer is very good but nothing astonishing. It’s very crisp, cleanly shot, with a colourful 2.35:1 ratio presentation, although detail is a little lacking in some spots. Flesh tones are good and blacks are deep, although darker scenes reveal some noisy video. Not exceptional, but very good. Where the movie shines is with the DTS-HD Master Audio 5.1 soundtrack, which is dynamic and punchy where it counts. The music is great, too, with enjoyable bass and the rear speakers get a decent workout when it comes to providing atmospherics. Dialogue is also well presented and realistic.