There’s no doubt that M. Night Shyamalan has gained notoriety in Hollywood. His name creates intrigue and piques interest as soon as it’s attached to a project, but many argue he’s been riding a wave since The Sixth Sense (1999) and hasn’t managed to achieve that level again. I think his work is more varied than many give him credit for, and while he’s often seen as a one-trick pony he’s willing to push boundaries and try different genres and approaches to storytelling.

After the disappointments of The Happening (2008), The Last Airbender (2010), and After Earth (2013), Shyamalan pulled some fans back into the fold with The Visit (2015), and Split has been seen as a return to form. With James McAvoy as the lead, this is a complicated and challenging movie featuring a main character who suffers from Dissociative Identity Disorder. Kevin Wendell Crumb (McAvoy) has 23 separate personalities, each of which are a little strange or even dangerous. Shyamalan’s script is by far his most complex and multi-layered, having to balance so many unique characters inside one protagonist. Crumb kidnaps three teenagers who witness various personalities emerge, including Dennis, who poses a real threat to them, and Patricia. 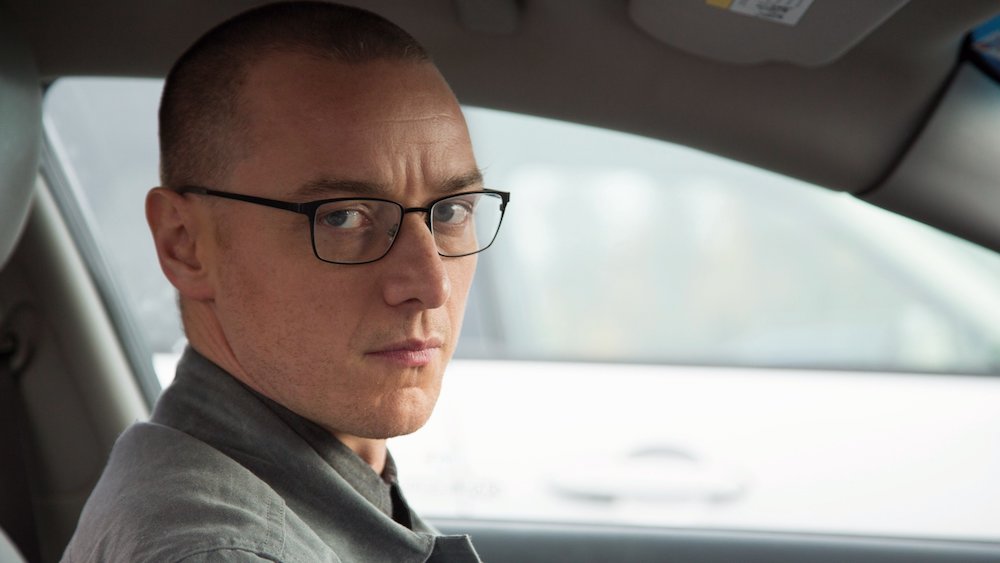 Split manages to give a number of perspectives on Kevin and his disorder. By joining the sessions with his psychiatrist Dr. Fletcher (Betty Buckley), we’re given an opportunity to understand where he’s coming from, what he’s going through, and why. This gives invaluable insight into the character and Fletcher’s sympathising and understanding with Kevin’s in stark contrast to the experiences of kidnapped Casey (Anya Taylor-Joy), Claire (Haley Su Richardson), and Marcia (Jessica Sula), who suffer at the hands of Kevin’s increasingly dominant darker alter-egos. Without giving too much away, the further his more sinister personalities take over, the closer Kevin gets to unleashing a new one who’s far worse than anything anyone’s seen so far.

It all becomes a frenzied fight for the lives of the kidnapped girls and for Kevin’s mental well-being, in the hands of the one person that believes in him: Dr. Fletcher. Much has been made of the ending, which I won’t discuss for those of you who’ve managed to avoid it, but it’s a satisfying conclusion for both casual viewers and Shyamalan fans alike. 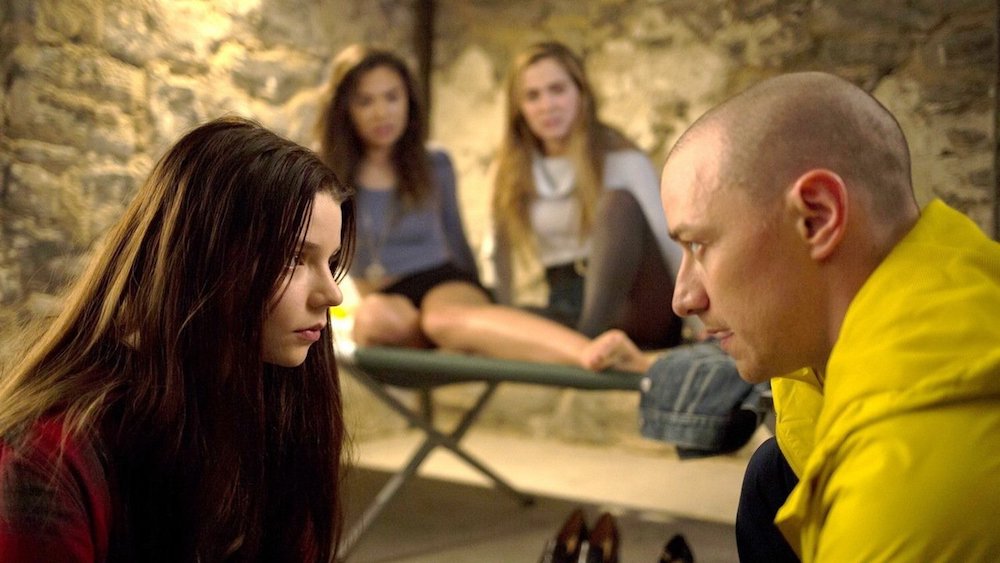 The plaudits for Split were mainly aimed at McAvoy’s performances, as he captures each distinct personality extremely well. While he’s had a number of high-profile roles and has always been a reliable actor, McAvoy steps up his game here and delivers something few others could achieve. He’s able to pull off a varied number of characters in such a believable way you genuinely feel like you’re watching completely separate people. His range of emotions, through expressions and body language, is nothing short of extraordinary, and he dominates every scene he’s in with such presence that you’re completely absorbed into the story. Credit has to go to Shyamalan for writing a tight and well balanced script that never gets too carried away with itself. Despite the possibility of 23 personalities to choose from, the script sensibly focuses on developing a couple of the main ones for us to follow, rather than struggling to juggle every single one. Mental health is a subject that still scares many people because they don’t understand it and Split plays on this without ever exploiting it.

This is a movie that manages to feel like classic Shyamalan, in the way he likes to tap into the unknown, but it never delivers what most see as a typical Shyamalan story. It isn’t The Sixth Sense 2.0 by any means, yet the strengths from that movie and the weaknesses from others feel like they’ve been learnt from. This is a man whose career has had its ups and downs, but with Split it feels fresh and exciting again — something Shyamalan’s work has severely lacked in recent times. It isn’t just a good Shyamalan movie, it’s one of the best releases of 2016.