Fuelled by his restored faith in humanity and inspired by Superman's selfless act, Bruce Wayne enlists the help of his newfound ally, Diana Prince, to face an even greater enemy...

It’s beginning to feel like every ‘event movie’ must involve superheroes, but their ubiquity isn’t the problem. There have been periods where other genres were in vogue, but eventually another genre rises to foremost popularity. It’s just frustrating that Marvel Studios have almost perfected this kind of grand-scale ensemble blockbuster, but other studios in the comic-book business struggle to match their success.

There are occasional glimmers of hope (a third of the X-Men movies have been great, Deadpool did something fresh, Wonder Woman caught everyone off-guard to become a phenomenon), but there’s never any guarantee that each movie will capitalise on what worked before. If lessons are being learned, they’re not being applied.

Justice League is the Avengers-style culmination of the DC Extended Universe, which encompasses four prior movies — only one of which people seemed to like! It brings six superheroes together in Bruce Wayne/Batman (Ben Affleck), Diana Prince/Wonder Woman (Gal Gadot), and Clark Kent/Superman (Henry Cavill), with newcomers Arthur Curry/Aquaman (Jason Mamoa), Barry Allen/The Flash (Ezra Miller), and Victor Stone/Cyborg (Ray Fisher). Batman v. Superman: Dawn of Justice (2016) already sated appetites to see the ‘big three’ onscreen together, which means Justice League’s only sense of occasion is a chance to see Gal Gadot do a lap of honour. 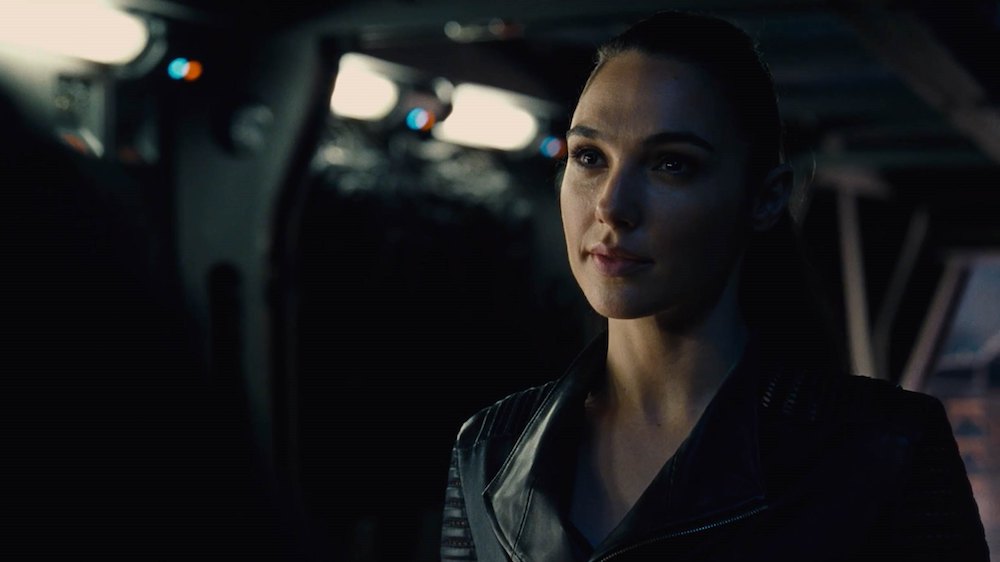 If Wonder Woman stole the thunder from Marvel’s in-production Captain Marvel (in terms of becoming the first feminist superhero movie to resonate with audiences), Justice League gets the jump on next summer’s Avengers: Infinity War with a story involving a supervillain trying to collect magical trinkets that’ll grant him enormous power. Or does that happen every movie? At least there are no big blue beams of lighting blasting into the sky this time out.

Marvel needn’t worry about being gazumped, because Steppenwolf (voiced by Ciarán Hinds) and his desire to find three ‘Mother Boxes’ doesn’t have the benefit of a multiple-movie build-up. He was a deleted scene on the Batman v. Superman DVD. Having enjoyed the sashaying villainy of Cate Blanchett’s Hela in Thor: Ragnarok (2017), Steppenwolf is a huge step backwards to Playstation 3-era video games; a digital character with terrible lip sync, physically weightless in fights, with no personality beyond tyrannical cliches. Joss Whedon appears to agree. 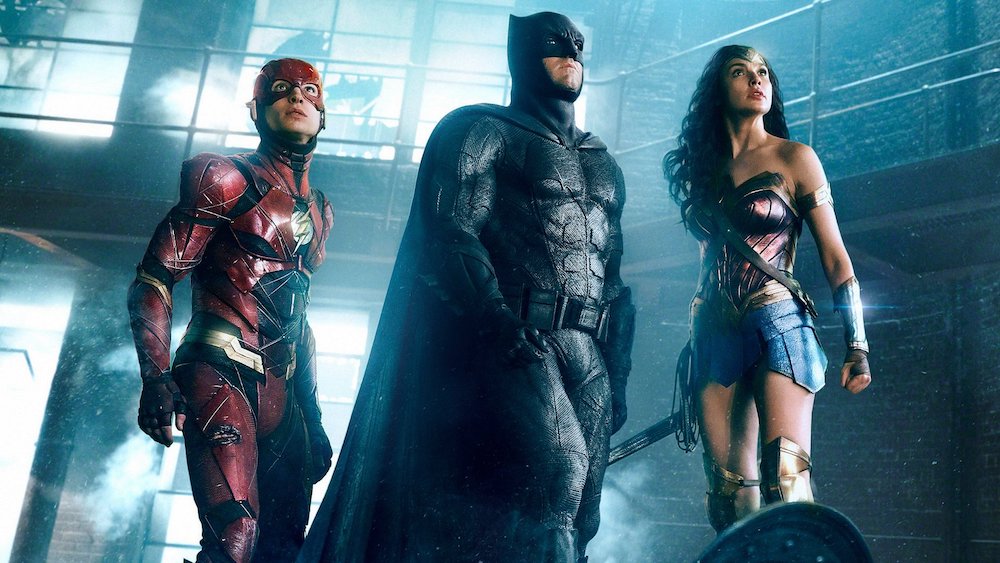 Whedon, of course, helmed The Avengers (2012), which pioneered these big-budget “super team-ups”. He  stepped into director Zack Snyder’s shoes when he suffered a family tragedy to bring the movie to completion. Warner Bros. claim Whedon reshot 20% of the movie, but it feels closer to 40%. One can imagine his involvement ameliorating the effects of “visionary” Snyder’s take on these characters, because Snyder doesn’t understand the humanity of Superman and thinks Batman’s a muscular brute, so Whedon walks back this ugliness. It’s fair to say Warner Bros. already wanted to remove the pessimism and darkness that proved so unlikeable in Batman v. Superman, and the success of Wonder Woman’s heart and optimism must have given Whedon greater freedom to make Justice League a lighter and more fun experience. We also got more Gadot thrown in.

Is Justice League an improvement on what’s come before for DC? Well, it has its moments. The best action sequence involves the Amazonian warriors working together to keep a Mother Box out of Steppenwolf’s possession, which I found quite thrilling because it’s such an impossible task for a race of women armed with medieval weapons stuck on an island. The Flash gets a few nice quips as the main source of comic relief, although I prefer The CW version’s more nuanced take on Barry Allen. I guess Miller’s Flash is being played as someone immature and quirky, with room to grow and mature in his own standalone movie. 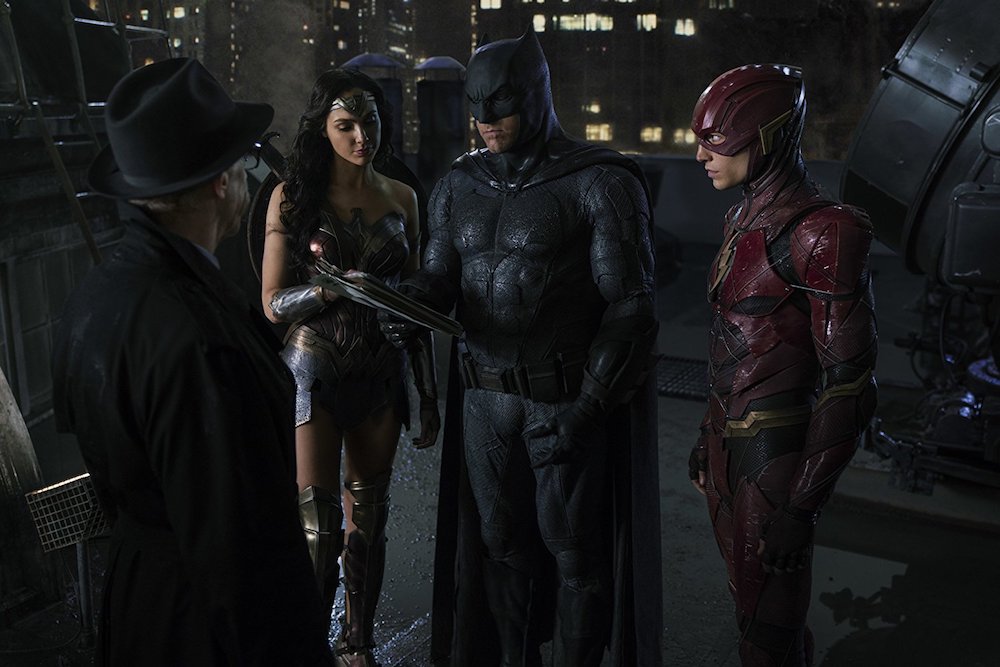 Cyborg isn’t as disastrous as I’d feared he might be, as the least famous of the characters who seems like a more serious take on Iron Man. His origin plays into how the Mother Boxes can be used for good, which gives him some narrative importance, but he’s still underused. Aquaman looks good topless chugging booze from a glass bottle, I guess, and isn’t too much of a joke because Momoa plays the role more like a rock star with a quindent instead of a guitar. And Gadot again feels like a ray of sunshine whenever she’s around.

But so much of Justice League is an overused story hitting familiar beats for two hours, where the best moments have been spoiled in the trailers. While you should always try and separate a movie from its marketing (which if often outside of the filmmaker’s control), it’s becoming a real issue when a film’s highlights fall flat by the time the paying audience are seated. Thor: Ragnarok wasn’t immune to this issue either, but it had a lot more up it sleeve and additional context improved many of its trailer’s funnier moments. In contrast, the humour in Justice League almost feels designed to be picked out by the trailer-makers.

This movie isn’t a disaster and is fairly enjoyable because of how low expectation sit for DC Films, but it’s underwhelming considering what it represents for the franchise. Man of Steel (2013), Batman v. Superman, and Suicide Squad (2016), made me angrier and had deeper creative problems, but at least they stoked up a reaction and triggered debate. Justice League is just generic and forgettable. 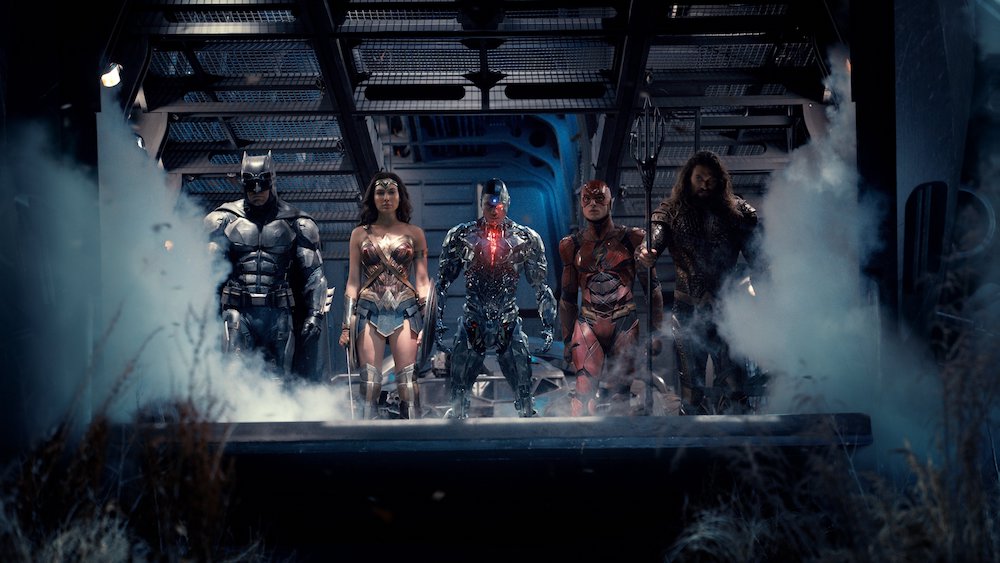 Justice League is merely 120-minutes of watching what $300 million can deliver to your eyeballs ($100 maybe going on erasing Henry Cavill’s moustache for the reshoots). It has the numbing mass destruction one expects, plus lots of violence dished out to digital avatars you don’t feel anything for. Batman’s the only character to be vaguely concerned about their safety, but even he goes through extreme punishment and emerges with only a slightly dislocated shoulder and some bruises.

There’s also an odd lack of threat to Steppenwolf’s plan for world domination, because he chooses a remote Russian town to begin his conquest — shades of Sokovia from the Whedon-written Avengers: Age of Ultron (2015). Only a family of three are seen in any real jeopardy, perhaps because Warner Bros. heard the feedback about the wanton destruction of cities in the previous movies and apparent loss of life. But it’s actually fine to have millions of lives under threat, because the problem was having superheroes who made little effort to put those lives ahead of punching the villain through a skyscraper.

While not a debacle, Justice League is further evidence that Warner Bros. have simply failed to create a coherent universe for these DC characters, because it’s almost impossible to undo the problems you’ve lumbered characters like Batman and Superman with. The strain of trying to twist Justice League away from the issues that plagued the earlier movies, towards something resembling The Avengers is somewhat doomed to failure. Whedon does his level best to right the ship, to make us at least enjoy spending time with these iconic characters, but there’s a sense of desperation to be liked.

It really shouldn’t be this difficult.

Written By
Dan Owen
More from Dan Owen
When The X-Files returned to TV in 2016 (eight years after X-Files:...
Read More