Let’s start with the good news: this version of Deadpool is a hundred times more entertaining than the first outing for the offbeat superhero, in the atrocious X-Men Origins: Wolverine. Writers Rhett Reese and Paul Wernick (Zombieland), director Tim Miller, and producer-star Ryan Reynolds know exactly what they’re doing with their version of this cult Marvel character. Their aim is to stay very faithful to his counterpart on the page, and to deliver the Deadpool film his fans have been desperate for—so their genuine passion for this project imbues everything with a sparkling sense of dynamism and fun.

The narrative is a familiar superhero origin story with a twist, and one that has the profane and violent eponymous character constantly breaking the fourth wall—as jokes are rattled off at a dizzying pace. Deadpool is designed for its target audience of adolescent men to a fault, stuffed with sneering sarcasm, silly sex jokes, and gruesome kills. Unfortunately, this effort is to obscure the fact that Deadpool is actually very conventional. It may aim to mock the superhero genre, but at its heart this is a straightforward and predictable story for a hero who isn’t half as subversive as he believes himself to be. 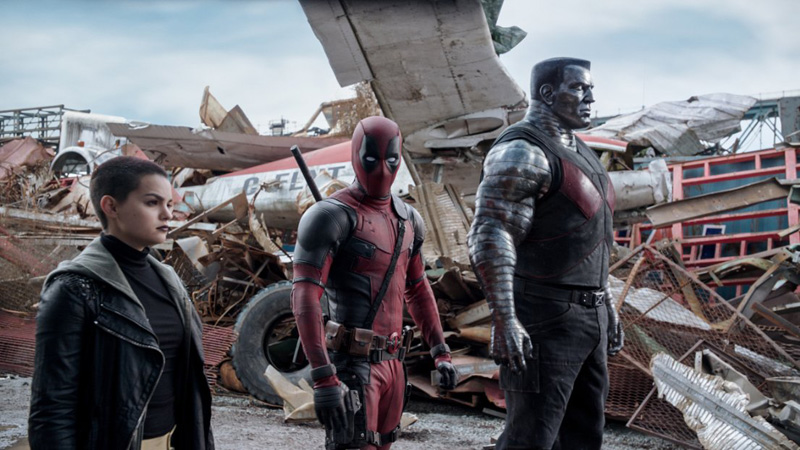 Reynolds stars as Wade Wilson, a mercenary working in New York who falls in love with escort Vanessa (Morena Baccarin) just before being diagnosed with terminal cancer. Wilson’s approached at his local bar by a mysterious man who says he can save his life using experimental treatment, and it doesn’t take much to persuade a desperate man to try such a risky option. With the film loosely taking place in the same universe as 20th Century Fox’s X-Men saga, the plan is to activate mutated genes within Wilson that’ll enable his body to cure his cancer, but he’ll have to be subjected to extremes in order for it to work. Behind this plan are Ajax (Ed Skrein) and Angel Dust (Gina Carano), a pair of shady characters who unsurprisingly become the villains of the piece. Afterwards, when the harshness of their treatment leaves Wilson looking like, as Weasel (T.J Miller) puts it, “an avocado had sex with an older avocado”, he takes on the moniker of ‘Deadpool’, dons a red spandex suit, and seeks vengeance in order to get his good looks back.

The storyline isn’t the most revolutionary of things, and it wouldn’t really need to be if it wasn’t for the fact that Deadpool keeps telling you that it’s not like your average superhero movie. It is at least more of a full-on comedy than most comic book flicks of late, where the humour’s self-referential, often amusingly vulgar, and delivered with gusto. While this film contains a ridiculous number of jokes (many directly at the audience watching), most of the ones that land have appeared in the many trailers. Deadpool’s over-saturated marketing campaign means there’s not much left to be surprised by after buying a ticket. 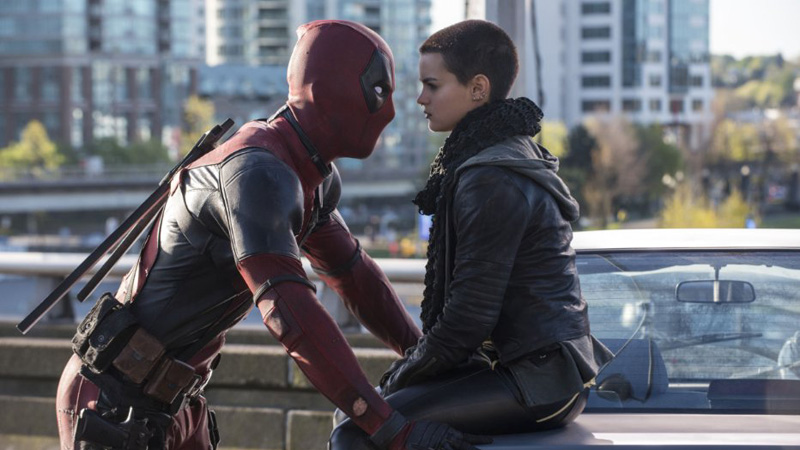 That’s not to say there aren’t some great moments. Reynolds gets in a couple of self-deprecating digs that really work, and there are more than a few times where Hugh Jackman and/or Wolverine are the butt of jokes. There’s a liveliness to Reynolds’ performance as Wilson/Deadpool, although he’s better when surrounded by others like Baccarin (who he has a winning romantic dynamic with), and especially T.J Miller (whose improvisational riffing always scores big laughs).

Ties to the X-Men universe are quite minimal, but they’re definitely there. We see Xavier’s School for Gifted Youngsters a couple of times, and two actual X-Men co-star in Colossus (Stefan Kapičić) and Negasonic Teenage Warhead (relative newcomer Brianna Hildebrand). You’ll likely leave the film wishing both of those two had more screen time, however, as Negasonic Teenage Warhead (who, as Deadpool points out, has about the coolest superhero name around) makes for a fun, snarky presence, and Colossus’s eagerness to get Deadpool to join the X-Men elicits some chuckles. While the two both make for fun additions, Deadpool’s fourth wall breaking comment about how they’re the only two X-Men the studio could afford rings painfully true. We’re some way off from having the ‘Merc With A Mouth’ interact with James McAvoy, Jennifer Lawrence, or Hugh Jackman himself. 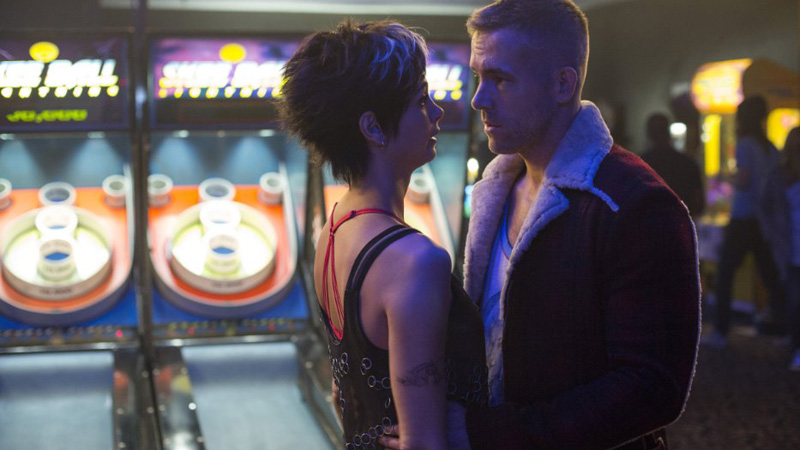 The action in Deadpool is eerily similar to that of the films it intends to subvert, with a slick CGI-filled aesthetic that feels generic and lacks a distinctive tone that might set it apart from the superhero crowd. It at least has a terrifically bonkers freeze-frame opening that sweeps through a scene of Deadpool’s destruction, midway through the expressway fight—featured in the leaked test footage that got this film greenlit. That opening and the subsequent fight itself are the most memorable action highlights, which is slightly disappointing as most fans wll have already seen the original test footage and it doesn’t bring anything new to the table. Also, things really start to drag in the film’s third act, which is where the action is also at its least exciting.

Ultimately, while Deadpool certainly is a different kind of superhero film because of its attitude to violence and comedy, it’s not quite as different as it thinks it is, especially post-Kick-Ass and Super. In the end, there’s a sense that compromises have still been made to bring Deadpool to the mainstream. The plot is tame, the tone unchallenging, and the visuals lack originality. It makes for a good piece of entertainment—buoyed by the meta humour and a solid love story—but don’t go expecting anything truly unconventional or seriously edgy.