The Marvel Studios production line isn’t slowing down anytime soon, and the highly anticipated Thor: Ragnarok is proof their specific alchemy to create successful and entertaining movies hasn’t been lost in the slightest. The third Thor adventure is absolutely wild; it’s bolder and more bonkers than what’s come before, yet rooted in likeable and engaging characters.

After the somewhat disappointing Thor: The Dark World, the Asgardian hero bounces back in his most enjoyable solo adventure. Part of what makes it so fun is that he’s not alone, as Ragnarok is also an intergalactic buddy movie with the Hulk (Mark Ruffalo, not far off with his own comparisons to Midnight Run). In many of its  most recent films Marvel’s shown a willingness to embrace change, to keep things fresh and exciting, and that’s definitely on show here. 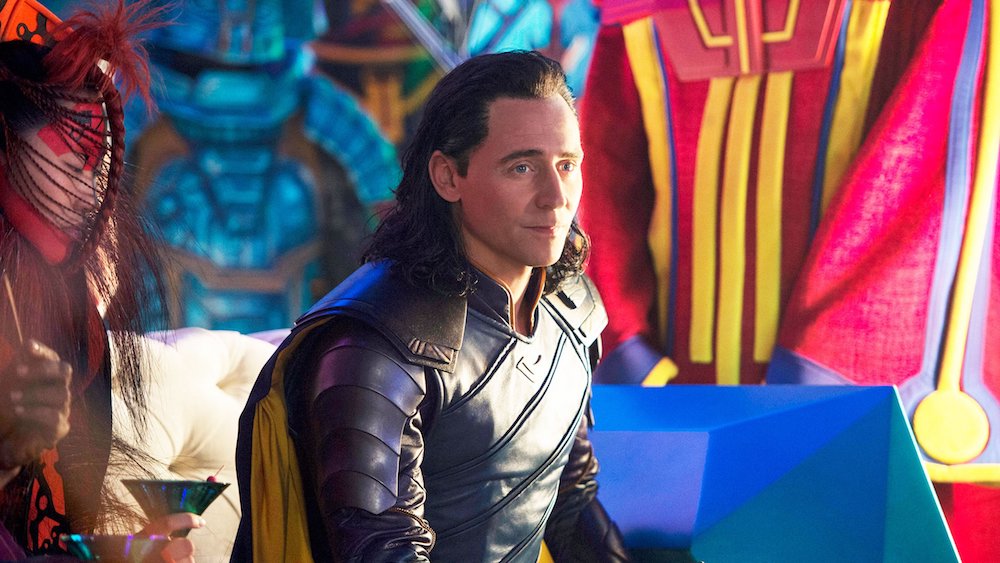 Whoever at the studio had the foresight to hire Taika Waititi to direct Ragnarok deserves a pay rise. The Kiwi director is probably a new name to many of the Marvel faithful, but his work on some of the most successful films in New Zealand should put him on your radar. His last film, Hunt for the Wilderpeople, is a small masterpiece and one of the best movies released last year. Waititi brings his unique sense of humour to Ragnarok, but his deft way with narrative structure and surprising emotional beats is also on display.

The plot sees Thor (Chris Hemsworth) land in a sticky situation after his trusty hammer Mjölnir is destroyed by Hela, the Goddess of Death (Cate Blanchett). She plans to return Asgard to its former glory by resurrecting its old armies and leading a conquest of other planets. Thor finds himself stranded on a distant planet, where he’s forced to fight in deadly gladiatorial combat for the hedonistic Grandmaster (Jeff Goldblum).

Adapting elements of the Planet Hulk comic-books, Thor ends up in a duel against the Grandmaster’s champion and former Avenger, the Hulk. We last saw our angry green friend in Avengers: Age of Ultron, so this explains where he’s been all that time! So, essentially, Thor must defeat the Hulk if he’s to get back to Asgard before Hela kills everyone and takes control of his home. 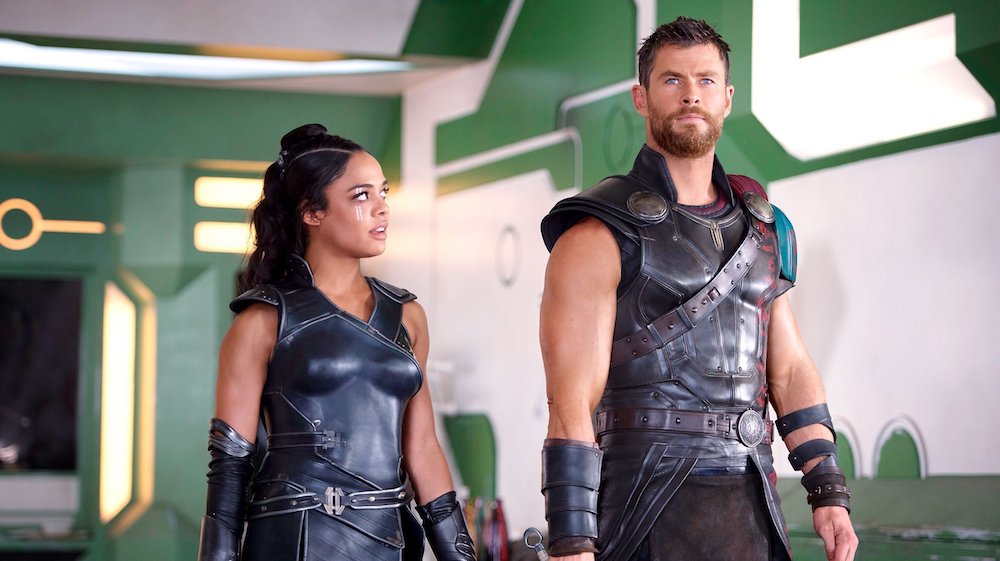 Despite some of the darkness inherent in the story, this is easily one of the funniest films in the Marvel Cinematic Universe. It’s unsurprising, given Waititi’s background in comedy, but this is truly excellent stuff. Every joke lands perfectly, and what we get is a much weirder and more distinctive approach to humour. There are sharp and witty lines, lots of great physical comedy, and visual gags galore. It’s a lively, well-paced adventure, and there’s hardly a moment where Ragnarok isn’t being an absolute blast.

This movie further demonstrates how Marvel plans to embrace change and consequences in its stories. There’s levity, but it’s not without its darker moments and real emotional impact. Without spoiling anything, there are characters who’ve been around since the first Thor film who die (and stay dead), and when our hero’s hammer is crushed it’s a big and shocking moment (despite being spoiled by the trailers).

Bruce Banner is also never going to get back the two years he’s lost by being Hulk all that time, and Ragnarok is keenly aware of this. We see that even Gods can be gravely injured and suffer, and that these characters are having to learn, grow, and adapt. This is evident through developments for Thor himself, but also through his brother Loki (Tom Hiddleston) and terrific new character Valkyrie (Tessa Thompson). 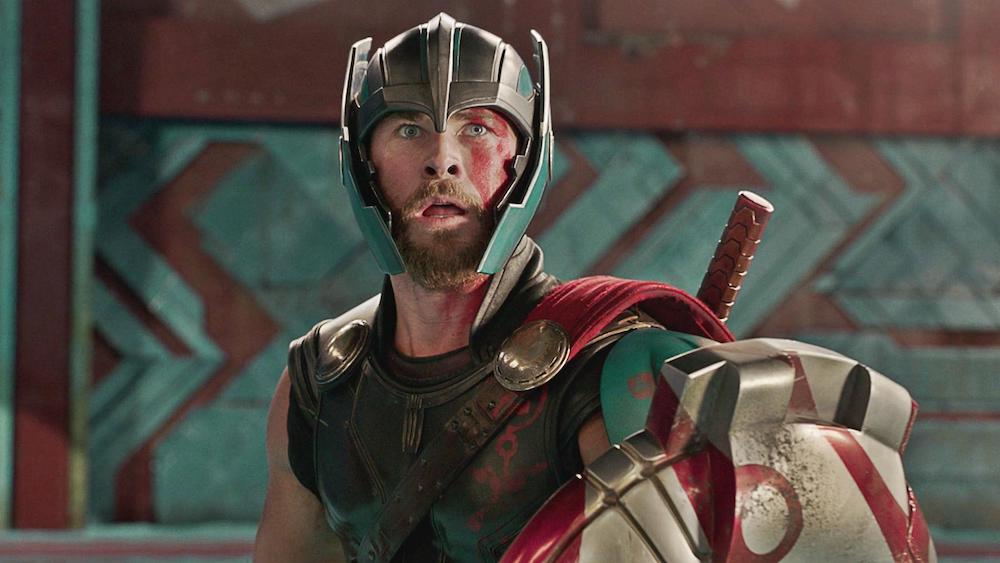 Ragnarok has some nuanced thematic foundations, too. Hela is intent on exposing the hypocrisy of Asgard, because its people have been sold lies for generations. Revelations are unveiled about how exactly the realm became so prosperous, together with the particulars of the conquest it was built upon, and it’s hard not to agree with her. There’s been a cover-up that implicated Odin (Anthony Hopkins), and the story unpacks the destructive history of Asgard and shows how ruthless wars shaped its splendour. In light of this knowledge, questions arise of what Thor’s role is and what Asgard actually stands for.

It also helps that the actors are at their best. Chris Hemsworth has never seemed more at ease in this role, displaying a lighter and more comedic side to Thor which is a natural development as he lets go of his bravado. The dynamic between Thor and Loki remains a highlight, and it’s a relationship the movie is fully committed to developing. We finally see an expansion of the Hulk character that feels truer to the version in the comics, and Cate Blanchett makes for a campy and very memorable supervillain.

The story is full of great little side characters, too. Tessa Thompson (Creed) is brilliant as Valkyrie; she’s a character with poise, brashness, and fighting skills to match. Karl Urban’s dimwitted and opportunistic Skurge is also a lot of fun. Waititi himself plays the rock creature Korg in a fantastic motion-capture performance, and the unusual character is a scene-stealer and a great source of humour. The appearance of Goldblum doesn’t disappoint, as he’s consistently one of the funniest parts of the movie, along with frequent Waititi collaborator Rachel House, who appears as the Grandmaster’s bodyguard. This movie also has one of the best Marvel cameos to date, with Benedict Cumberbatch returning as Doctor Strange to wonderful effect. 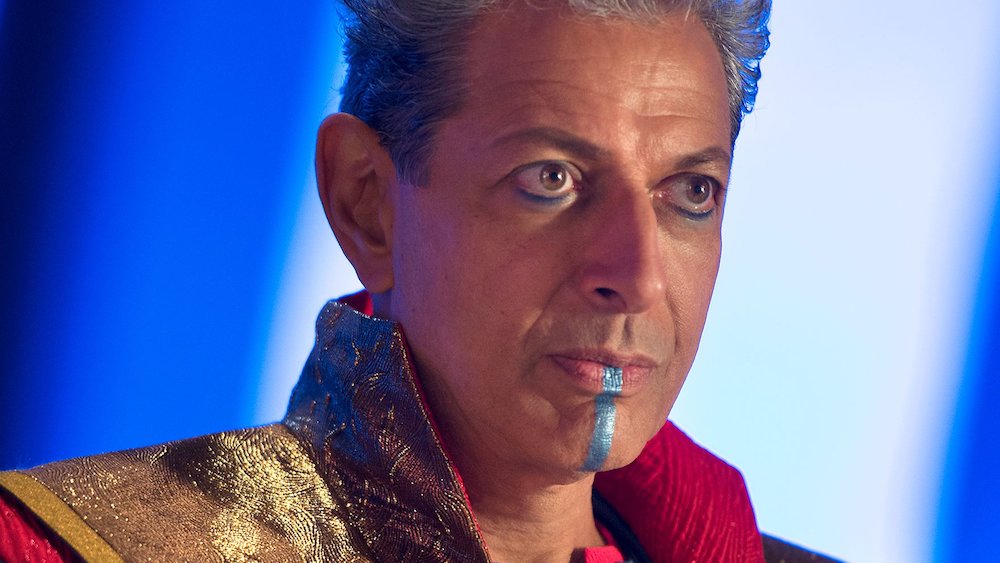 It’s exciting to see how Marvel is developing its approach to action and spectacle, and how its movies are increasingly resisting the all-CGI finale that was becoming customary for superhero blockbusters. There are a lot of great action scenes, but some of the most memorable don’t even take place towards the end. It’s also a visually rich film, boasting a colourful palette reliant on unconventional bright greens and oranges, inspired by the artwork of Jack Kirby. It’s also full of amazing ‘comic-book splash page’ moments.

Many fans will be going into Thor: Ragnarok with very high expectations, and they won’t be disappointed. This movie is super funny, crammed full of exciting action, bursting with colour, and telling a story that feels genuinely consequential and important. This also feels like a Taika Waititi movie, and it’s evident that he received a lot of creative freedom to put his personal stamp on this adventure.

Ragnarok makes you feel the future of the MCU will be unpredictable and perhaps more shocking, and that can only be a good thing.