If the box-office supremacy of The Avengers can be partly attributed to the simple mathematics of four established superheroes appearing in the same film, with lashings of tongue-in-cheek humour and more digital bedlam than the team’s previous solo outings combined, highly-anticipated follow-up Avengers: Age of Ultron has a far tougher job on its hands. If the original succeeded with fresh spectacle and its then-unprecedented super-team dynamics (the welcome culmination of a triumphant “Phase One” of Marvel flicks), then returning writer-director Joss Whedon has managed to improve on what came before. It’s what most immediate sequels are mandated to be—bigger, darker—but also scruffier and, for the most part, better. Or more sugar-rush enjoyable, at least. 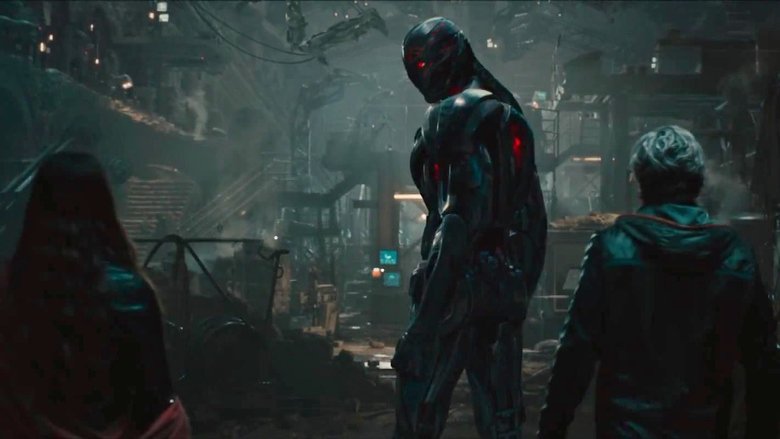 It’s Earth’s Mightiest Heroes vs. A Maniacal Metal Menace, essentially, with all the brusing action set-pieces this matchup implies (including one in South Korea, to keep that lucrative Asian box-office sweet). If you thought the New York climax to the first Avengers sometimes got too hectic and outlandish, it’s positively sedate compared to Age of Ultron‘s mind-spinning exploits—although Whedon’s certainly learned a few lessons from last time. Chiefly, marginalised characters like smug archer Hawkeye get a surprising amount of backstory and prominence (to compensate for last time), and Black Widow is often the emotional core of the piece—particularly memorable during a sweet romance with sexually cautious “dork” Bruce, whom she’s frequently called upon to coax into equanimity when his alter-ego’s brute strength’s no longer required.

More than its predecessor’s “dysfunctional individuals become a functional team” arc, Age of Ultron has a more interesting theme that’s neatly echoed throughout. It’s about the responsibility of protecting mankind, sure (as a running gag about everyone’s inability to lift Thor’s Hammer to show this alleged worthiness shows), but it’s also about evolution and birth. Ultron’s effectively the unnatural problem child of Stark and Banner, and ditto focused on superseding itself—but not through outmoded biological reproduction, just self-advancement. A later sequence finds Thor literally wielding lightning, Dr. Frankenstein-style, to help birth Stark’s high-risk countermeasure the Vision (Paul Bettany, freed from J.A.R.V.I.S vocal duties). In quieter scenes (the film does have ’em), Banner laments the fact he can never raise a family, because any children he brings into the world will always be at risk of daddy losing his temper; and in the same scene, Natasha confides she was sterilised as part of her training and is now infertile. 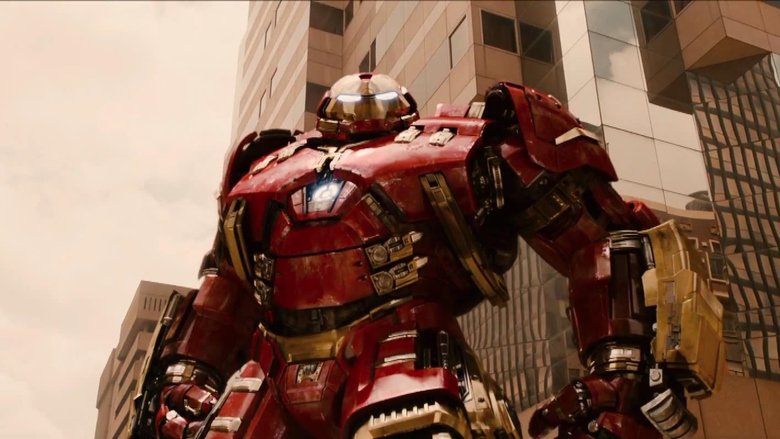 To continue the parental theme, as the culmination of Marvel’s “Phase Two”, it’s no surprise this film ends with a torch-passing moment, as The Avenger’s successors step up to the plate. Where this sequel falls down is with faults common to most other blockbuster sequels and Marvel products in general: the action, while inventive and exhilarating at times, is also exhausting and overwhelms the storyline at times; and while James Spader’s chillingly playful voice gives Ultron some real character, ultimately his end-game gets a little clouded and proves there’s still no real replacement for a good human actor with a glint of playful malevolence in his/her eye (alas, Tom Hiddleston’s Loki remains the only Marvel supervillain with any real personality). Intergalactic boogieman Thanos is the next big-bad, stepping out of the shadows for Avengers: Infinity Wars, but considering he’s another CGI avatar I’m a little worried…