Would you like to win a Blu-ray of festive comedy OFFICE CHRISTMAS PARTY? Read on...

Party like your job depends on it in the comedy event of the season! OFFICE CHRISTMAS PARTY is out to download and own this November and is guaranteed to put the crash into your festive bash…

When tough boss Carol (Jennifer Aniston) cracks down on the failing branch of the business run by her laid-back brother Clay (TJ Miller), he and his fired-up staff fight back. But deciding to throw an epic office Christmas party to impress and land a big-shot client to save everyone’s job might not be the best idea they’ve ever had.

Fuelled by booze and bad decisions, things quickly spiral out of control in this wild and raunchy comedy. Directed by the comedy team behind Blades of Glory and The Switch and also starring Jason Bateman, Olivia Munn and Kate McKinnon, OFFICE CHRISTMAS PARTY is the one work do you want inviting to this season. 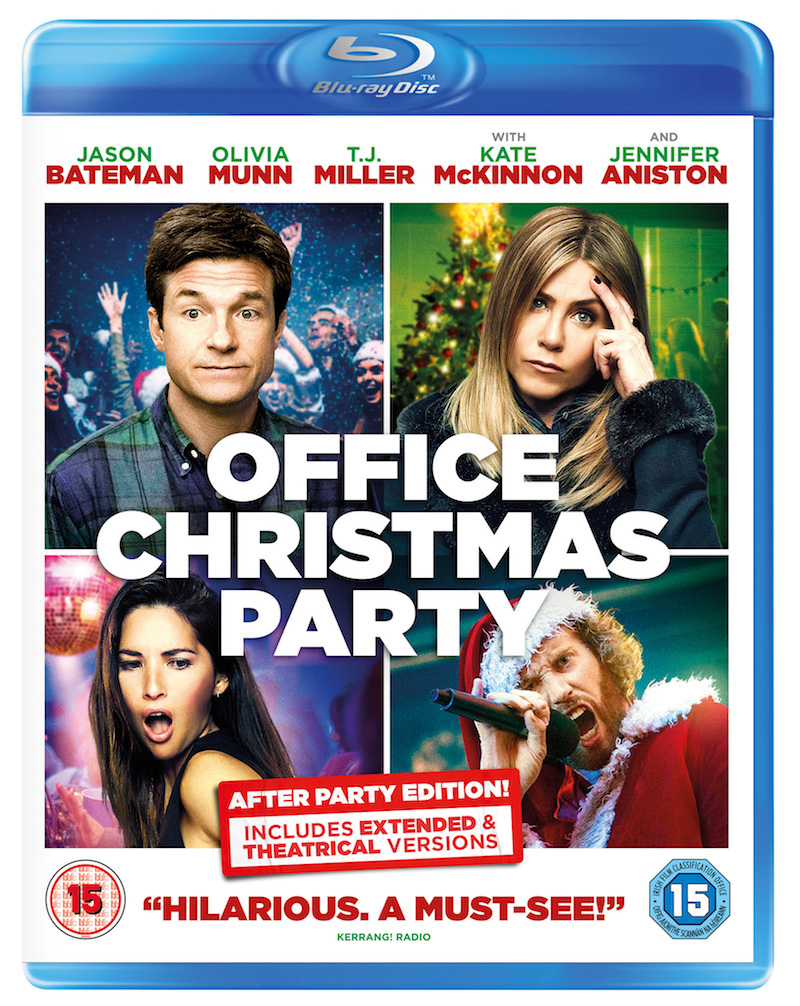 We have 3 Blu-rays to giveaway! To win one, please do the following:

Office Christmas Party is available now on Blu-ray™ & DVD from Entertainment One.