Romantic comedies have been experiencing a resurgence recently, with the likes of To All The Boys I’ve Loved Before (2018), Crazy Rich Asians (2018), and Love, Simon (2018) receiving praise in the past year. After a period of disdain and cynicism toward the rom-com format, it seems audiences are warming again to the sweet and simple theme that ‘love conquers all’.

But while recent rom-coms have evolved the formula with more diverse casting, there’s one thing that rom-coms are criticised for: an excessive number of tropes and stereotypes. There’s the ‘meet cute‘ moment, the ‘Adorably Clumsy Lead Character’, the ‘Bitchy Female Rival’, the ‘Gay Best Friend’, and of course the ‘Unbelievably Perfect World’ all the characters exist in. 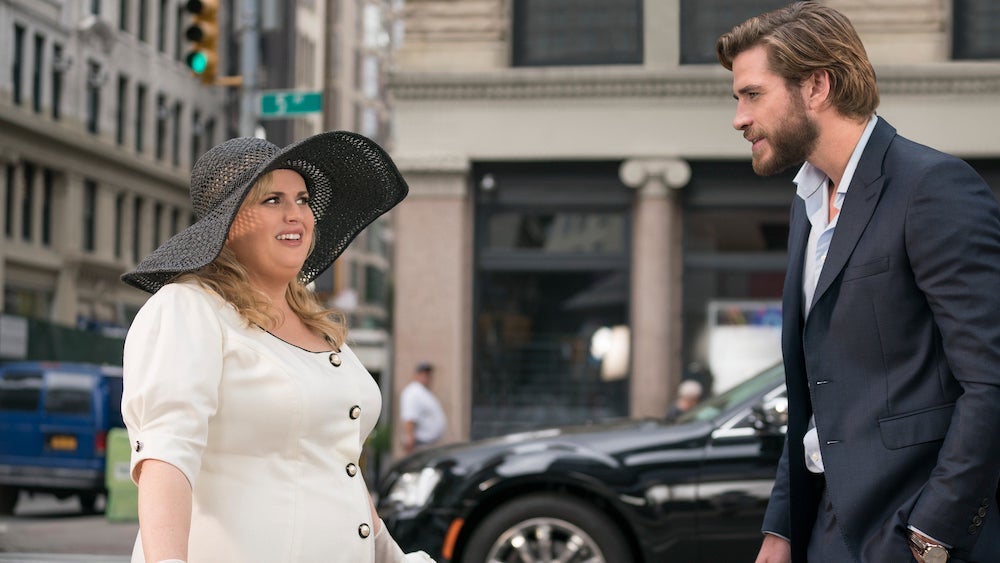 In Isn’t It Romantic, the protagonist Natalie (Rebel Wilson), hates said tropes. She’s a realist who doesn’t believe in the power of love, thanks to her mother, who burst the rom-com bubble for her as a child. The plot here, then, revolves around Natalie as she finds herself living in a romantic comedy after getting knocked out while stopping a man rob her purse.

The difference between this film and other romantic comedies is that this film sets out to parody the genre. From the very first frame, Isn’t It Romantic works to identify and dismantle the tropes that make up the standard rom-com, while still providing the audience with laughter and an inspirational tale about self-love. The plot isn’t the most original of things, but it does have a satisfying twist ending and a great lead performance from Wilson (Pitch Perfect 3). 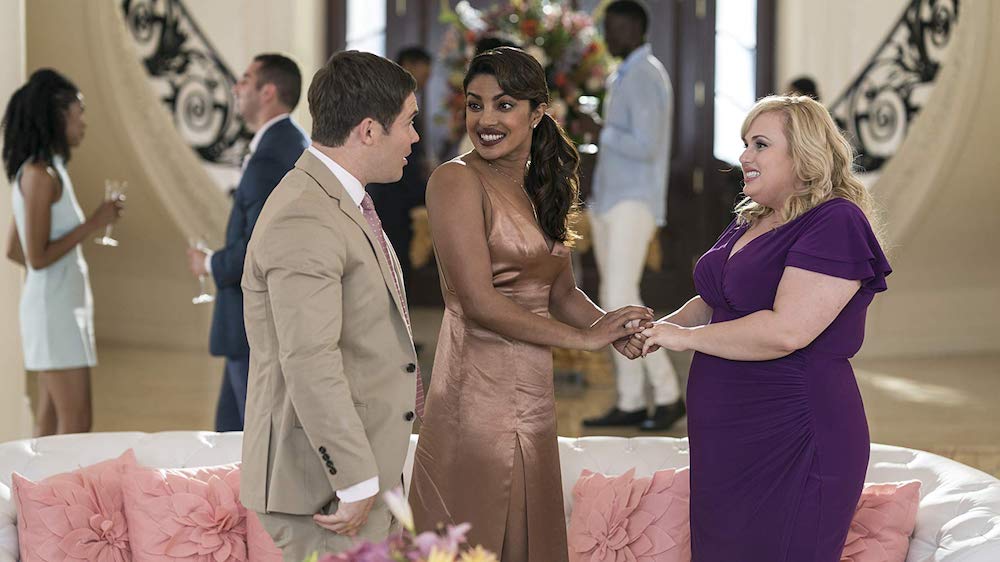 Isn’t It Romantic depends a lot on its leading actress, as the story uses Natalie as the lens through which we see the absurdity of the new ‘rom-com dream world’, and audiences are quickly made aware of each trope because she lists them off as they happen to her. It’s to Wilson’s great credit that Natalie reads as a jaded realist instead of a pompous know-it-all. Her deadpan comic timing is pitch-perfect (pun intended), and reads better in this universe as compared to the Pitch Perfect saga she’s still best-known for. Wilson’s performance also makes the musical numbers seem natural and enjoyable instead of OTT and insufferable because she oozes a sense of fun and excitement that lifts the film.

Of course, no romantic lead can work without a stellar supporting cast, and here we have Adam DeVine as Natalie’s ‘Best Friend Who’s In Love With Her’, Betty Gilpin as her ‘Best Female Friend’ who turns into the ‘Female Work Rival’ in the rom-com world, Priyanka Chopra as the ‘Hot Rival’, and Liam Hemsworth as ‘The Crush’, and every actor jumps headfirst into the tropes, to play up the ridiculousness of their roles with joyful abandon. Brandon Scott Jones, as the ‘Gay Best Friend’, deserves an honourable mention for imbuing his character with so much nuance it doesn’t become an offensive caricature. The supporting cast is warm and funny, helping infuse this rom-com universe with enough realism it could pass as an actual rom-com from the 1990s. 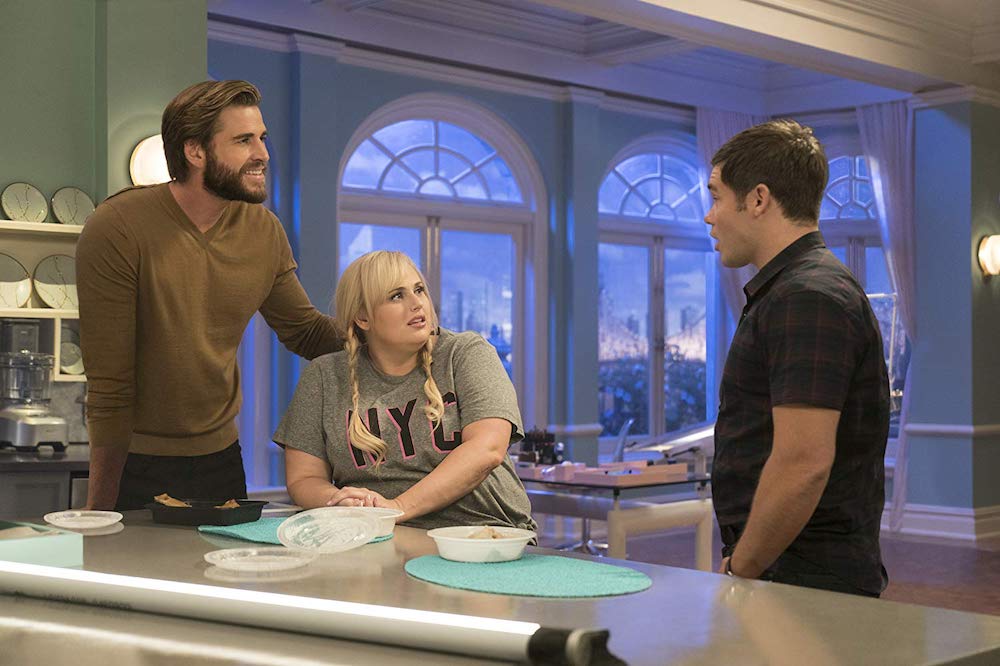 Isn’t It Romantic also plays on the strengths of its director, Todd Strauss-Schulson, who deftly handles this homage to rom-coms, similarly to how his movie The Final Girls (2015) played with the conventions of a 1980s slasher. There’s the same amount of charm to this film. We know what’s supposed to be going on, but the twists are entertaining, we find the laughs in the world that’s been created, and it’s a fun ride through to the end credits.

Isn’t It Romantic depends more on broad laughs, however, as that’s Wilson’s speciality. And the gags are delivered well, barring a few too-obvious jokes that focus on Wilson’s fuller figure. The jokes get better as the film progresses because Wilson’s able to utilise self-awareness to improve them in a way that the first part of the film (before the rom-com world is created) doesn’t allow her to. This helps the audience to laugh quickly and frequently, even while she’s rolling her eyes over the PG-13 rating that this rom-com is subjected to. 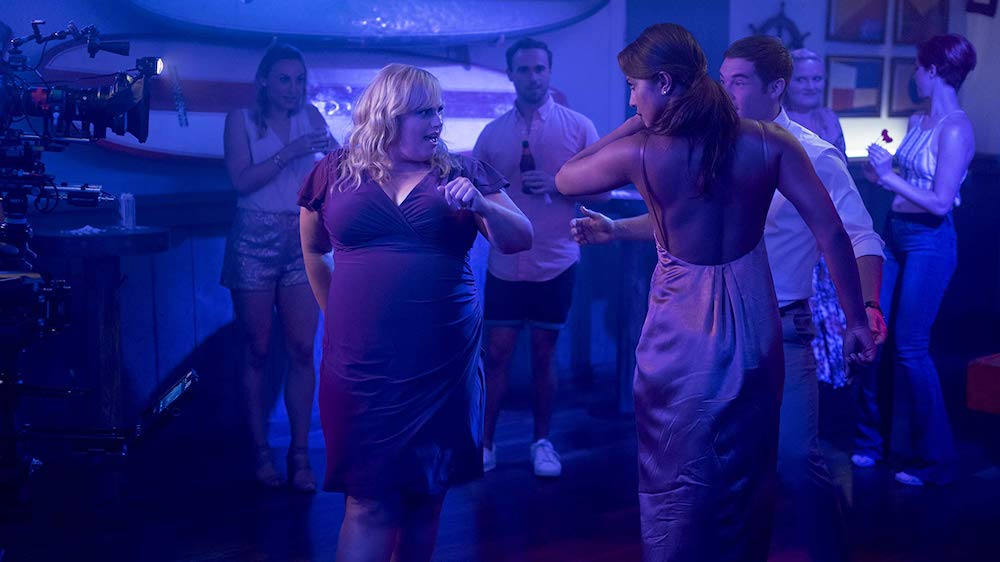 Another way in which this film uses ‘heavy-handed’ to its advantage is in cinematography. Isn’t It Romantic has two modes: the real-life version of New York City and the rom-com version, where bridal shops replace bodegas and everything’s covered in a warm pinkish filter. The cinematography here could function as an introductory class to the art; nobody could mistake one for the other, but it’s joined together in such a way the transition is seamless. The camera work even manages to make rom-com narration seem normal, which is something I never thought I’d say.

In the end, it’s a delicate balancing act to parody a beloved genre while not falling prey to its clichés. Strauss-Schulson and Wilson do an impressive job for a film that came out during the Valentine’s Day period in the US, as it manages to make fans out of both die-hard romantics and jaded realists. The story starts on a weaker footing, as it leans too heavily into the ‘Single Woman Is Miserable In Life and Love’, but everything gets stronger once the high-concept premise is in full swing and Wilson is allowed to be funnier.

Isn’t It Romantic is also a film that could only come out in 2019, when self-deprecation has become an art form. If this film came out a few decades ago, it would have been seen as being critical of rom-coms. But today there’s a readiness to poke fun at genres while still embracing the fun and appeal of them. Thor: Ragnarok (2017) was a good example of a self-aware superhero film, and Isn’t it Romantic does the same for satirical rom-coms. Its relevance and timeliness make things more interesting to watch, and also shows how much rom-coms have changed through the years. I’m not sure how well it’ll age itself but, for now, it’ll appeal to audiences who have watched a lot of rom-coms… regardless of whether or not they liked them.