Matthew Holness is a familiar name to comedy fans who saw, and likely adored, Garth Marenghi’s Darkplace (2004), his six-part TV horror pastiche of 1980s supernatural dramas. Since then, Holness’s co-stars from Darkplace—Richard Ayoade, Matt Berry, and Alice Lowe—have gone onto have more mainstream success, both in front of and behind the camera. In stark contrast, Holness has taken small roles in various TV shows in-between creating a number of short films (Smutch, A Gun for George, The Snipist) and short stories. One of the spooky tales he wrote, “Possum”, appeared in a 2008 anthology called The New Uncanny: Tales of Unease, and provides the basis of his feature-film debut.

Possum concerns a scrawny loner called Philip (Sean Harris), whom we meet carrying around a brown leather bag as if transporting some kind of trapped animal. Much of the film’s 85-minutes are dedicated to drip-feeding us information about Philip’s background, mental state, and what’s lurking inside his bag, but suffice to say he’s a children’s entertainer with a tragic past involving his disgusting stepfather Maurice (Alun Armstrong), who’s built a frightening arachnid marionette that symbolises a childhood trauma. 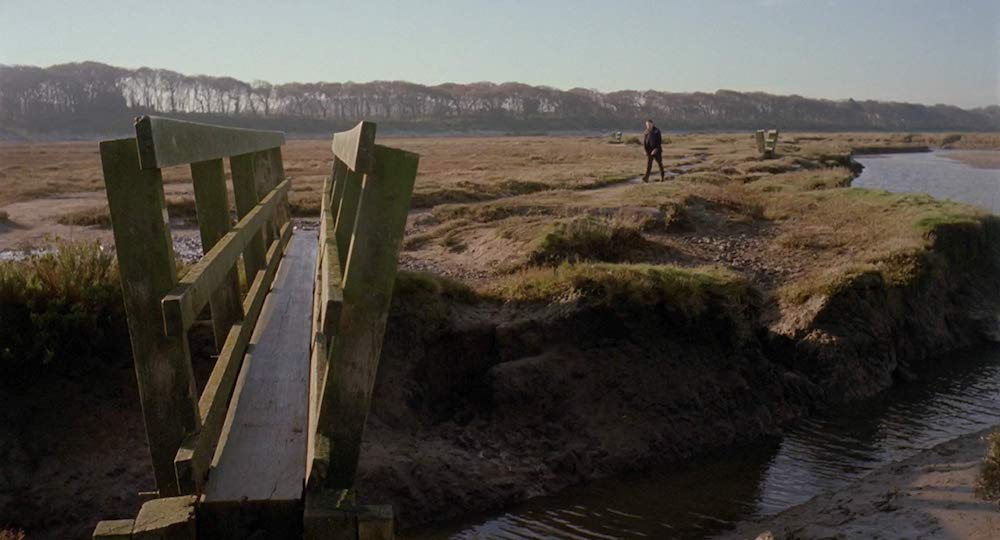 Holness is a master of replicating the past, as Darkplace demonstrated to great acclaim, and once again Possum faithfully evokes that grubby 1970s aesthetic of British horror films and working-class kitchen sink dramas. It’s even shot with a washed out colour palette on 35mm film, with a patina of grain that makes it feel like something made 40 years ago. One unexpected influence on Possum was the public information films aimed at kids of the ’70s and ’80s, which were notoriously bleak and harrowing in both style and message. The film definitely leans into their unsettling vibe, with stark countryside panoramas, depressing suburban buildings, abandoned military barracks, and dank interiors of dirty kitchens and fire-damaged hallways. You almost feel like taking a shower after watching Possum, so full credit to Holness and cinematographer Kit Fraser for accurately replicating an atmosphere middle-aged Brits will undoubtedly remember from low-budget films of the time. 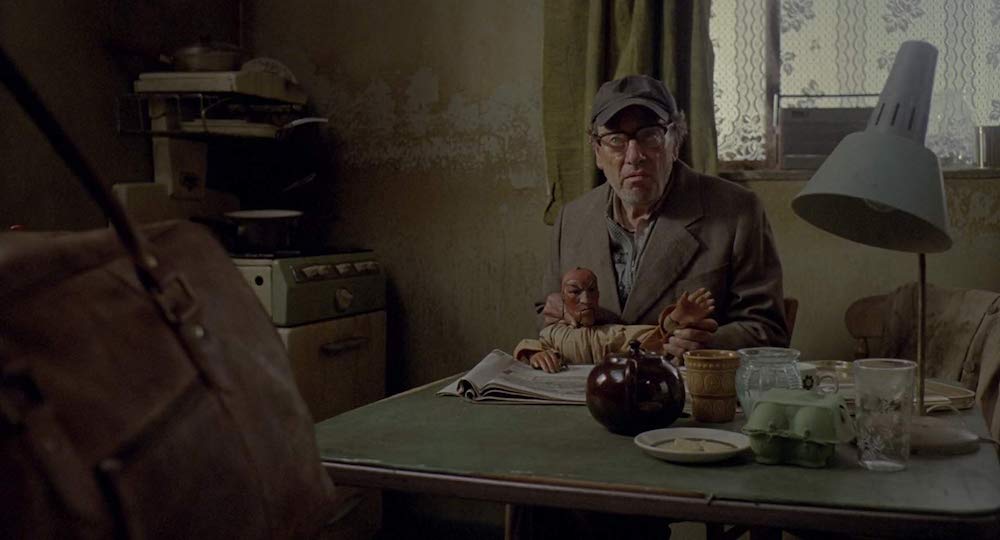 Given his comedy background, one could be forgiven for expecting a few laughs along the way, but there’s absolutely no levity here from Holness. Possum is a sustained psychological horror about a quiet man’s daily existence, with intentionally very little dialogue and an immersive soundtrack provided by The Radiophonic Workshop—the BBC studio famous for producing the Doctor Who theme tune during its classic run. 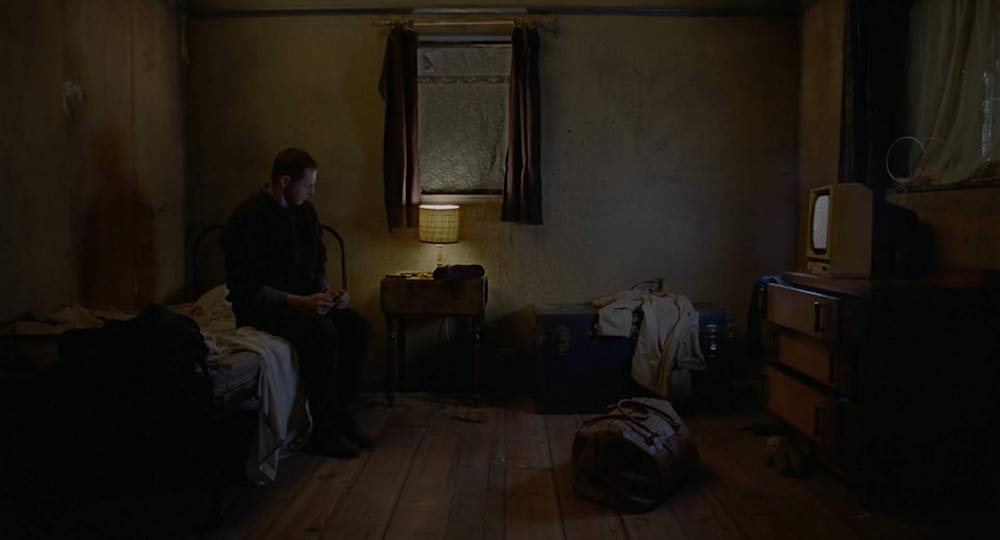 It’s obvious Possum began life as a short story, as there are periods when not very much new is happening, and the climax doesn’t totally justify the long buildup that feels longer because of a lack of incidents along the way. It would have made a better half-hour special, perhaps timed for a Halloween release on BBC Four, or another of the many shorts Holness has previously made. The jump to feature-length doesn’t quite work out in his favour, as there’s not enough material here to guarantee continuing interest from more casual audiences. But, for but those who enjoy luxuriating in thick atmospheres of dread, punctuated by weird visuals and jolts, you’ll get a lot more out of Possum. 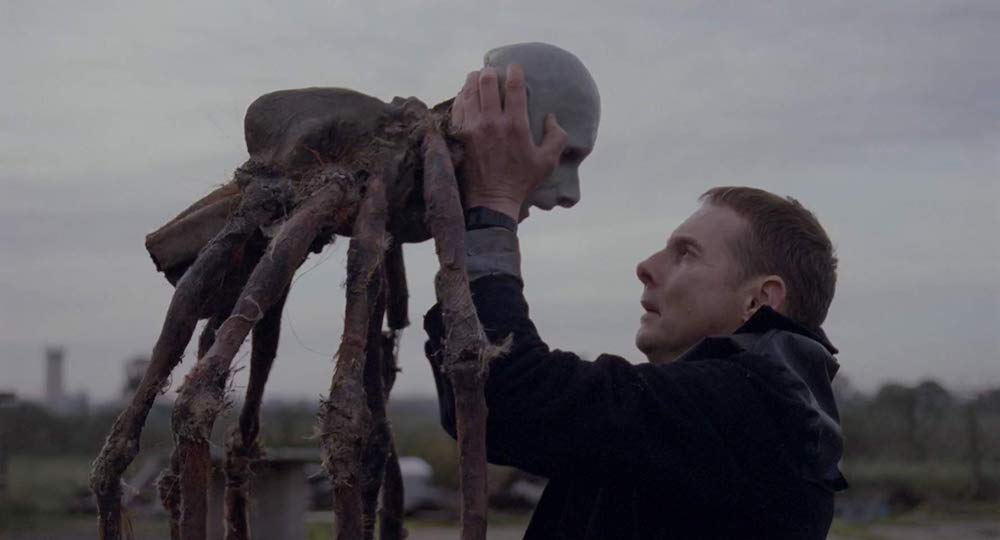 More than anything, Possum feels like a valuable learning experience. It’s clear that Holness innately understands the genre he’s working in, has a firm grasp of tone, and he’s clearly immersed himself in enough classics of horror to reproduce their creepy essences, but it’s a little too sparse and repetitive for my own taste. The story wisely keeps the contents of Philip’s bag a mystery that’s answered before it becomes tedious, and the sinister marionette kept inside is shot from angles that maintain its sense of presence and enigma. Is this puppet coming to life and terrorising Philip? Is he insane and imaging it does? Does it even exist, or is it entirely in his head? Why can’t he get rid of it? By the time the climax arrives, enough of the film’s puzzle snaps into place to be rewarding, but it’s not massively revelatory and unpredictable. I was underwhelmed.

Sean Harris is excellent in the lead role, as a creepy man locals think is a pervert because he hangs around school gates for reasons that aren’t as unsavoury as they feel—or are they? Alun Armstrong is also good as his horrible stepdad (you can practically smell the nicotine stench from him), and he’s particularly impressive in a final scene that’ll make you squirm. Possum isn’t for fans of conventional horror films—despite its similarities to The Babadook (2014) in some ways—as it’s more of a character study with eerie arthouse moments and a few chills, but it’s also not as successful as it needed to be. The slow pacing is a particular hindrance. Holness said he wanted Possum to linger in your memory afterwards, and it does… but only because it suggests he has a better movie inside him. One I’d like to see. 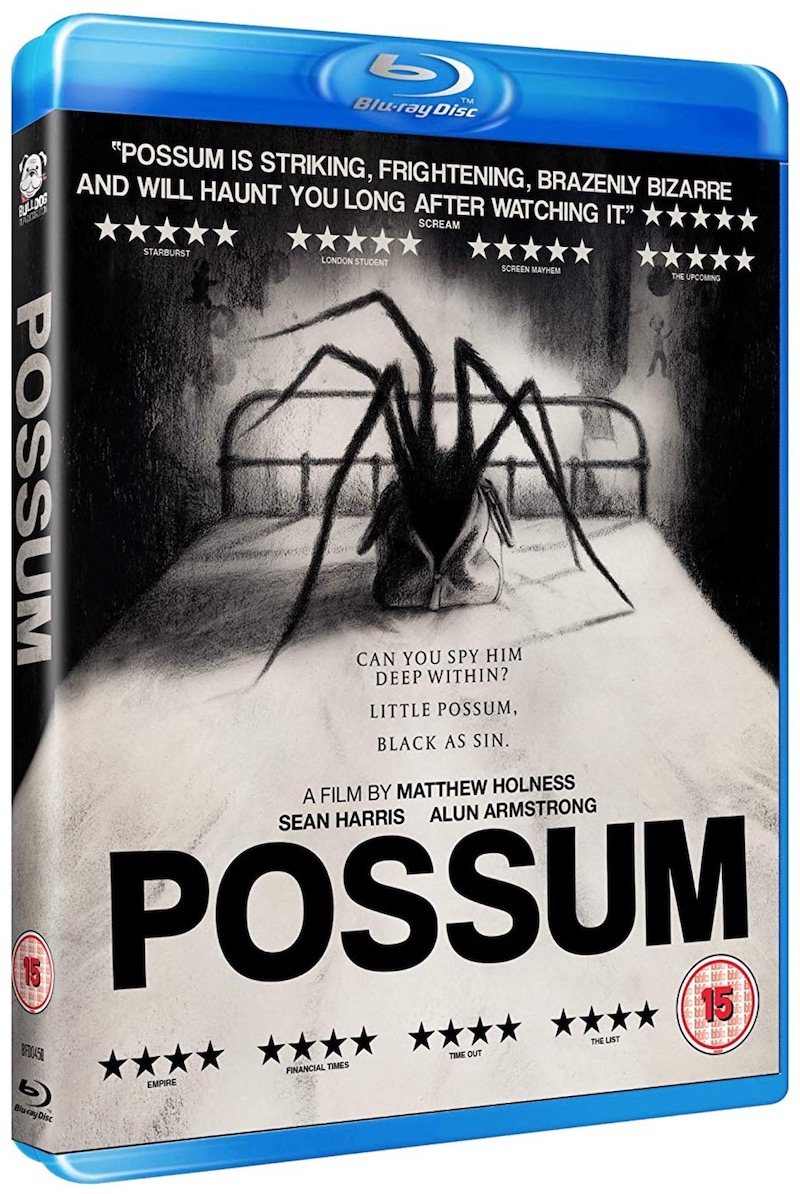