It feels a shame to spoil what happens next, but there’s no avoiding the concept behind The Final Girls. After escaping through the silver screen, the teens find themselves literally inside the Camp Bloodbath narrative—as the opening scene of an approaching VW camper van replays itself, now with the filmgoers as participants in the action. Cue a mix of Wet Hot American Summer and Friday the 13th (which the film-within-a-film lifts from copiously, to an extent where I’m surprised director Todd Strauss-Schulson didn’t get a call from angry lawyers). 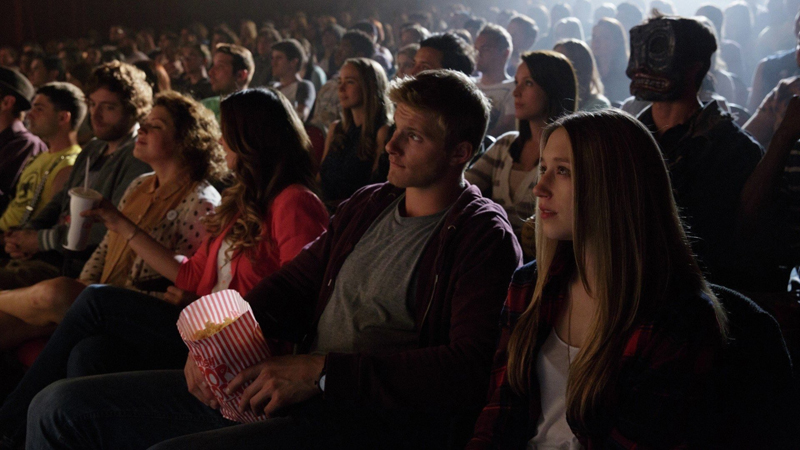 If you ever saw the 2008 miniseries Lost in Austen, where a modern singleton found herself inside Jane Austen’s Pride & Prejudice story, this works on a similar level—just with a lot more violence and bloodshed. Only, not really enough violence, as the film was rated PG-13 in the U.S—meaning it’s a largely sedate romp through broad genre cliches (sex equals death, a virgin will become ‘the final girl’ standing, blah-blah…), not ever coming close to the meta thrills of Drew Goddard’s Cabin in the Woods.

Still, there’s undoubtedly a lot of Friday night fun to be had from The Final Girls’ deliciously high-concept idea, which offers a fresh approach to a stale genre. There’s all the expected jokes about politically incorrect ’80s youth culture, and coming to understand how its bizarre ‘movie-world’ operates helps keep your interest, too. It turns out you can project yourself back into a monochrome flashback if you start telling an anecdote, and on-screen titles become physical obstacles to step over. Duncan is this film’s Randy-from-Scream character who predicts some of the horror movie rules, to various degrees of success, but I’m guessing the natural audience for The Final Girls will often be several steps ahead of him. I guessed what the story’s final twist would be almost an hour before it occurred, unfortunately. 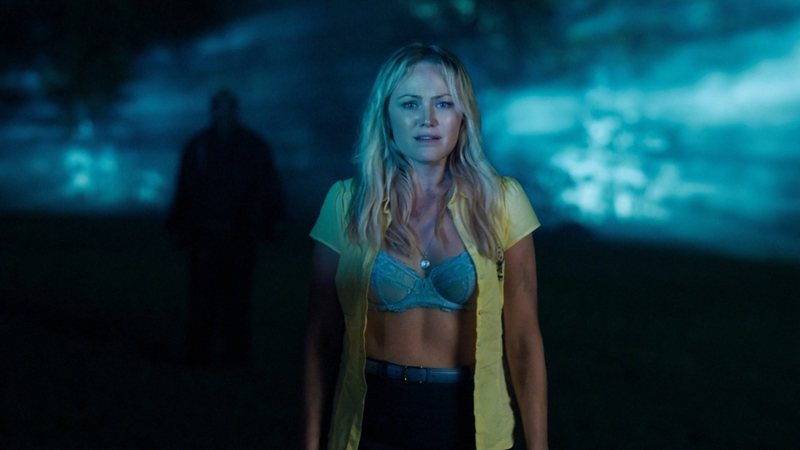 A fun concept only gets you so far, because the script isn’t anything more than sporadically amusing nonsense, while the levels of nudity and violence don’t equate to the 1970s and ’80s horrors it’s trying to emulate—which serves to give it an unfortunately toothless feel. If they were aiming for PG-13 to ensure it played to a wider audience to recoup costs, that financial plan seems to have backfired, because The Final Girls only played in a handful of film festivals and then went to video-on-demand and DVD in most territories. To get a mainstream release in cinemas, it needed to be a lot funnier, cleverer, and a whole lot scarier.

One thing that does help is the core storyline of an orphaned teenager reuniting with her dead mother, as the concept is analogous to straightforward time-travel in some ways—although Max technically never meets her young mother Nancy, but the ‘nice girl’ Amanda she’s playing. However, they’re pretty much treated as one and the same; possibly because Nancy’s talent is such that she’s really just playing herself. 37-year-old Åkerman’s age is a bit of an oddity, however, seeing as she’s presumably playing an 18-year-old in Camp Bloodbath (although she looks late-20s), and certainly doesn’t resemble a middle-aged woman in present-day scenes. It’s strange they didn’t use makeup to make Nancy look a lot older for the opening. 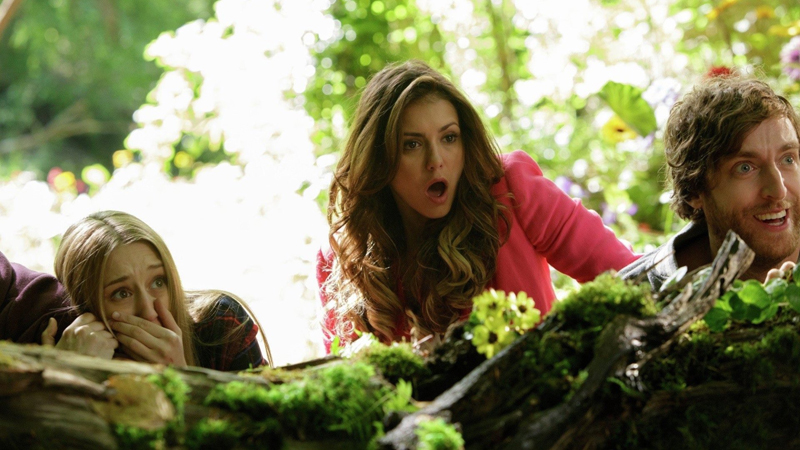 I’ve always liked Taissa Farmiga (often the best thing in the American Horror Story‘s she’s appeared in), and her relationship and chemistry with Malin Åkerman is unexpectedly sweet and endearing. It’s all the more commendable because the film only has five minutes to get you invested in Max and Nancy as mother-and-daughter, before tragedy strikes, and yet the rest of the story’s emotional payoffs revolve around a mere prologue. Ditto how the story has to get audiences familiar with Camp Bloodbath by showing us a handful of scenes, before the real-world characters enter its fictional universe. And yes, it helps that the mythos of the pretend film is a rehash of Friday the 13th, with machete-wielding psycho ‘Billy’ (Dan B. Norris) only a hockey mask choice away from a lawsuit.

I had moderate fun watching The Final Girls—partly because I didn’t know what to expect and straight-to-DVD films always have a bit of mystique to them—but it’s one of those films that leaves you frustrated its potential feels squandered by a script and tone that just doesn’t do its clever idea justice. I guess that’s what happens when the director of A Very Harold & Kumar 3D Christmas is in the mix. The fact it ends with a pre-credits blooper reel is warning enough the filmmakers know they didn’t quite bring the funny with the film itself.