Greg Berlanti’s comedy-drama Love, Simon takes what should be a corny high school rom-com and injects a warmth and likability that gives a whole new generation of gay teenagers hope they could play a romantic lead in Hollywood.

Simon Spier (Nick Robinson) is about to come out as gay, while living his own You’ve Got Mail-style anonymous romance. Unlike most other pieces of same-sex media, there’s little to no drama surrounding Simon’s coming out: no parental arguments, barely any bullying from his peers, and very little teenage angst about the situation. It’s a sugar-coated narrative where everyone’s liberal and rich, living in a nice house in a beautiful suburb. 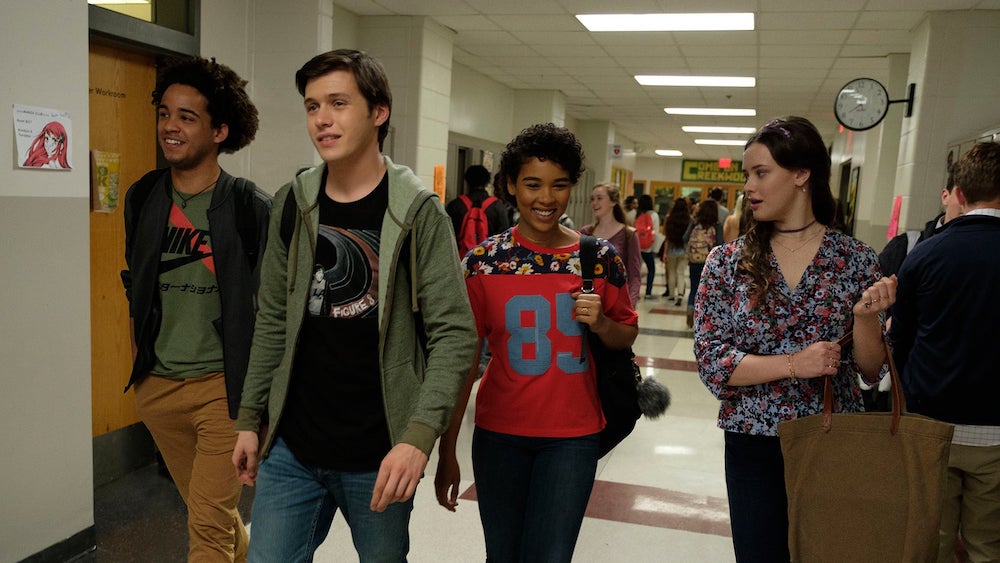 The premise is nothing new for the genre. Simon has everything one could wish for, except he’s keeping a secret about his sexuality. His high school run a Gossip Girl-style blog, allowing students to anonymously air their dirty laundry about each other. One day, a gay user known only as ‘Blue’ posts an entry that echoes Simon’s background, and the two boys connect anonymously through e-mail, turning the narrative into an adaptation of The Shop Around the Corner (1940) once they fall in love online.

Love, Simon covers some familiar high school tropes; from eating lunch alone in the cafeteria, falling out with friends because of romance, and dealing with embarrassing parents and teachers. But the film is more accessible to a community usually kept on the sidelines of such stories. The closest thing for the teenage LBGTQ+ community, until now, has been The Perks of Being a Wallflower (2012). 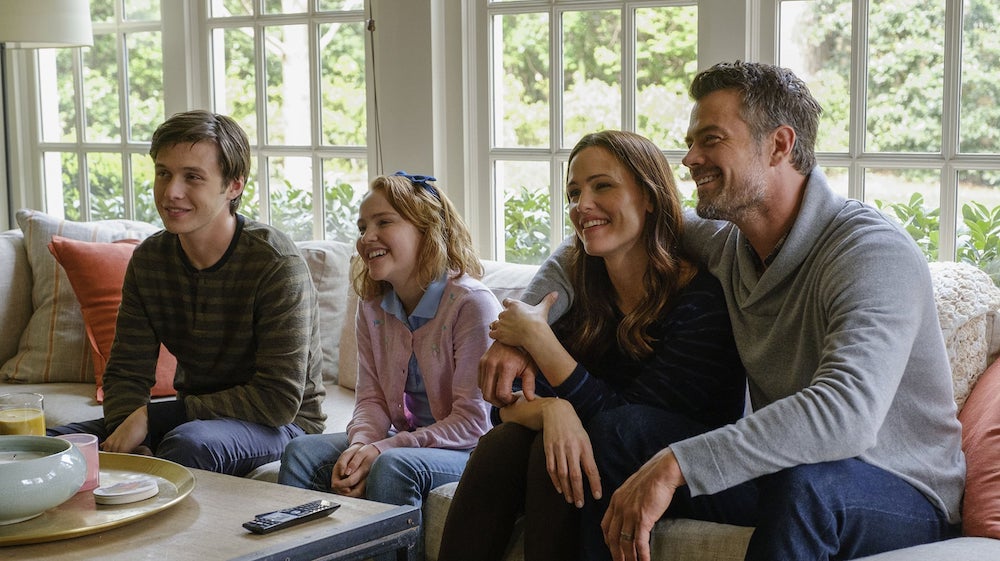 Nick Robinson makes Simon likeable and charismatic, in a role many others would have played as bland. He’s good-looking, his family is perfect, his friends are great, he owns a car, and makes enough money to build a retro vinyl collection, yet somehow we still root for him. Katherine Langford (13 Reasons Why) has a mighty career in front of her, shining here in the role of Simon’s lovesick best friend; while Jennifer Garner and Josh Duhamel are charming as Simon’s wholesome liberal parents.

There are some unnecessary clichés, like Tony Hale’s (Arrested Development) school principal trying to get ‘down with the kids’, and a school weirdo’s stalker-like behaviour being uncomfortably normalised.

It’s not a perfect movie. It’s a little too white and middle class. As a 12-rated film aimed at teens, it’s very much a vanilla, sex-less portrayal of gay romance. There is no Grindr, no dubious Snapchats, or internet pornography. If this was a boy-meets-girl story we’d be rolling our eyes, but it feels fresh in this context. I can only hope the success of Love, Simon will encourage mainstream studios to finance more projects courting LBGTQ+ filmgoers.

What really makes this film a feat of queer cinema is how ordinary it is. It’s a love story between two men, but without tragedy and angst, seeming quite radical for how sweet it is. It’s an entertaining love story about two teenage boys, these two happen to be gay. The soundtrack would also make John Hughes proud, with a mix of modern and retro music, from The Kinks to Bleachers and openly gay pop star Troye Silvan. 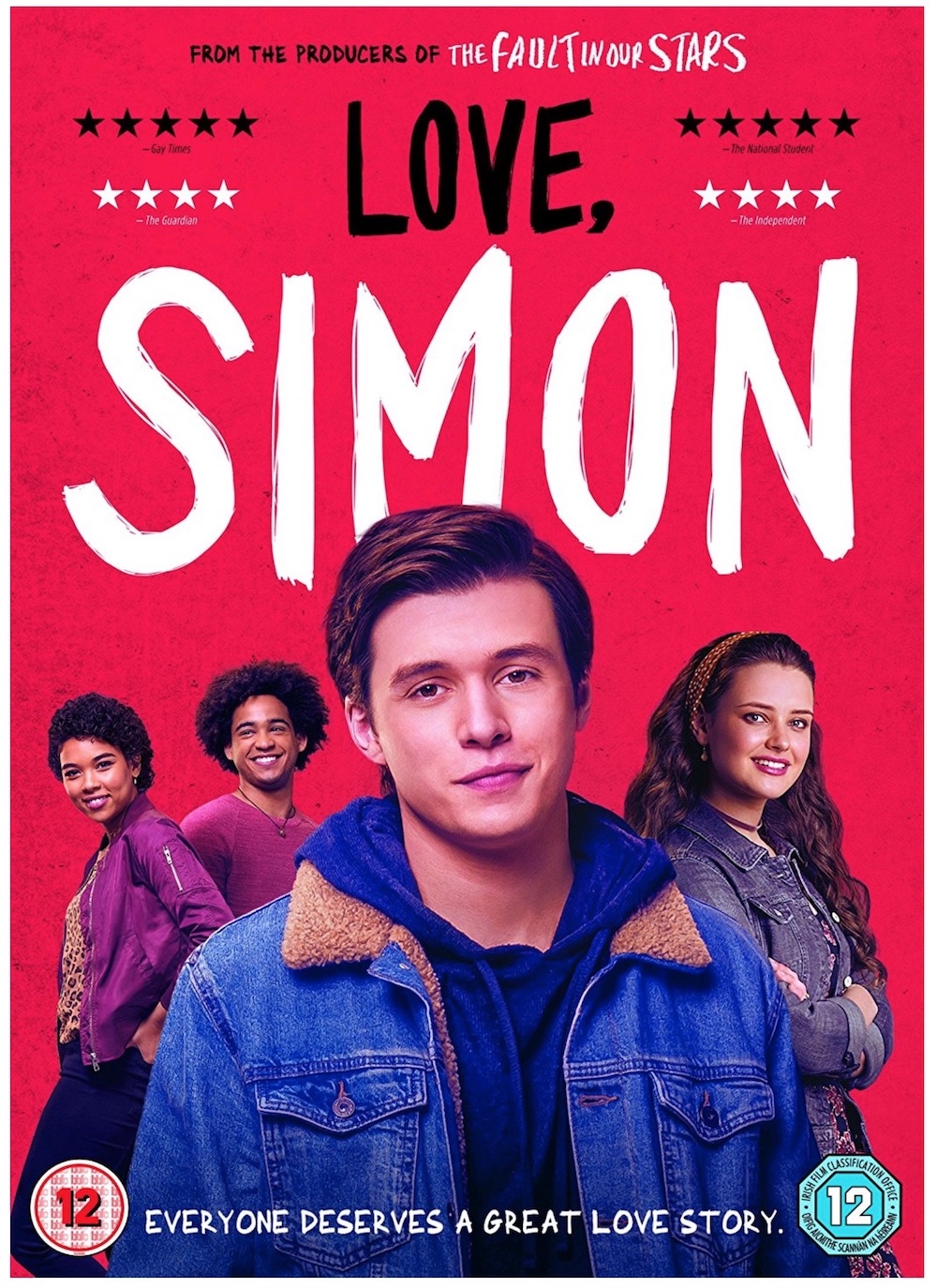 The DVD extras include a featurette about the Becky Albertalli novel it’s based on, a look at the Atlanta filming locations, scenes of fans talking about their own love stories, and a closer look at the cast involved. Aside from deleted scenes, the extras here are little more than vlogs with better production values. A look at LBGTQ+ relationships in cinema and the relationship this community have with films would’ve been an appreciated addition, but is a missed opportunity.